Skip to main content
You are the owner of this article.
Edit Article Add New Article
You have permission to edit this article.
Edit
Home
News
Columnists
Sports
Opinion
Food & Entertainment
Lifestyles
Obituaries
Classifieds
Calendar
1 of 10 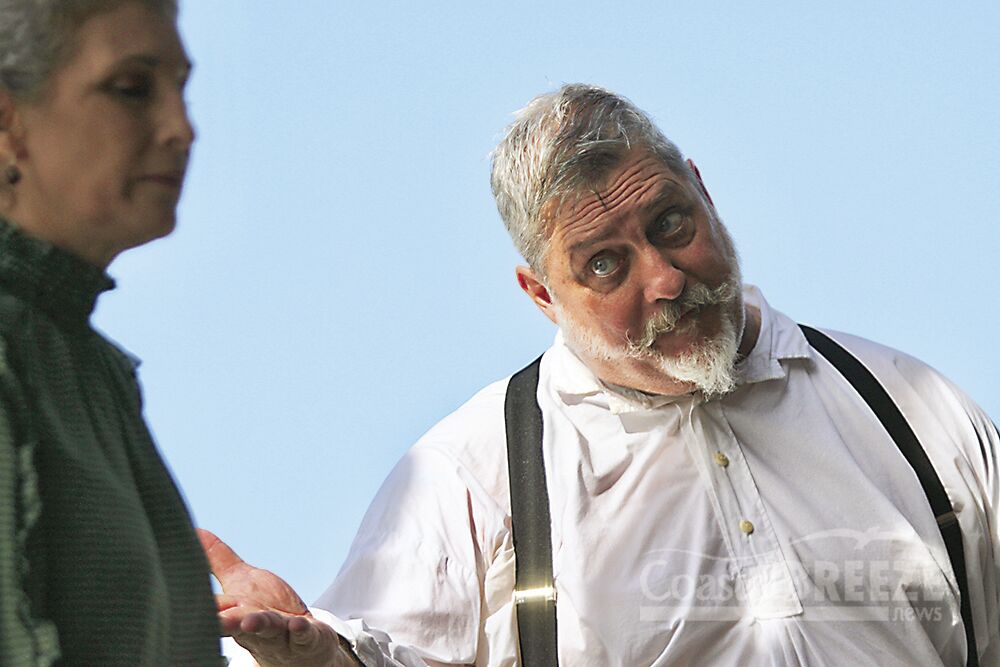 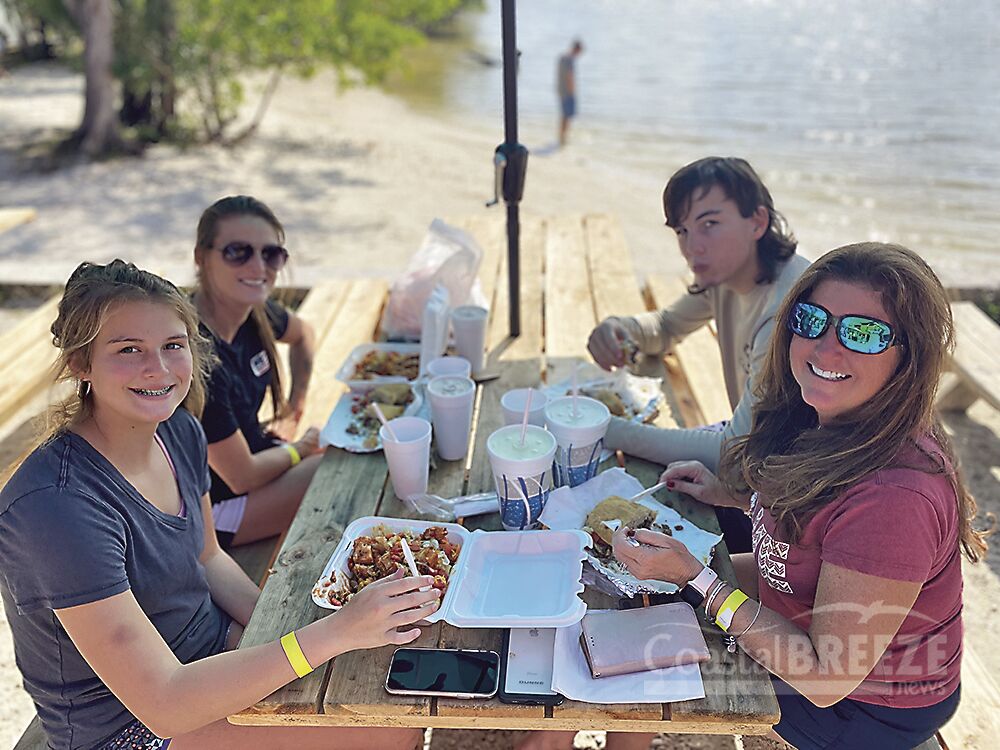 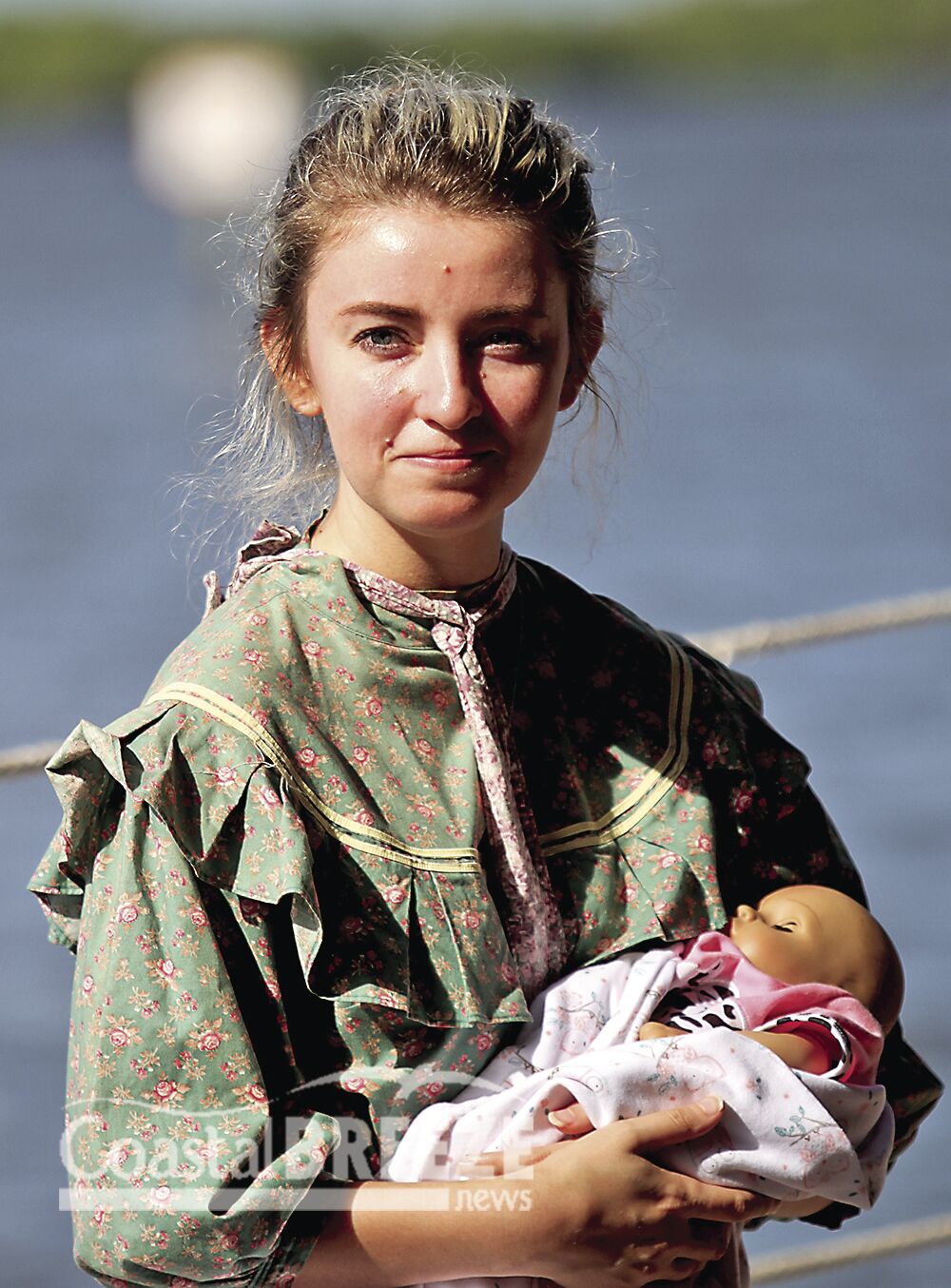 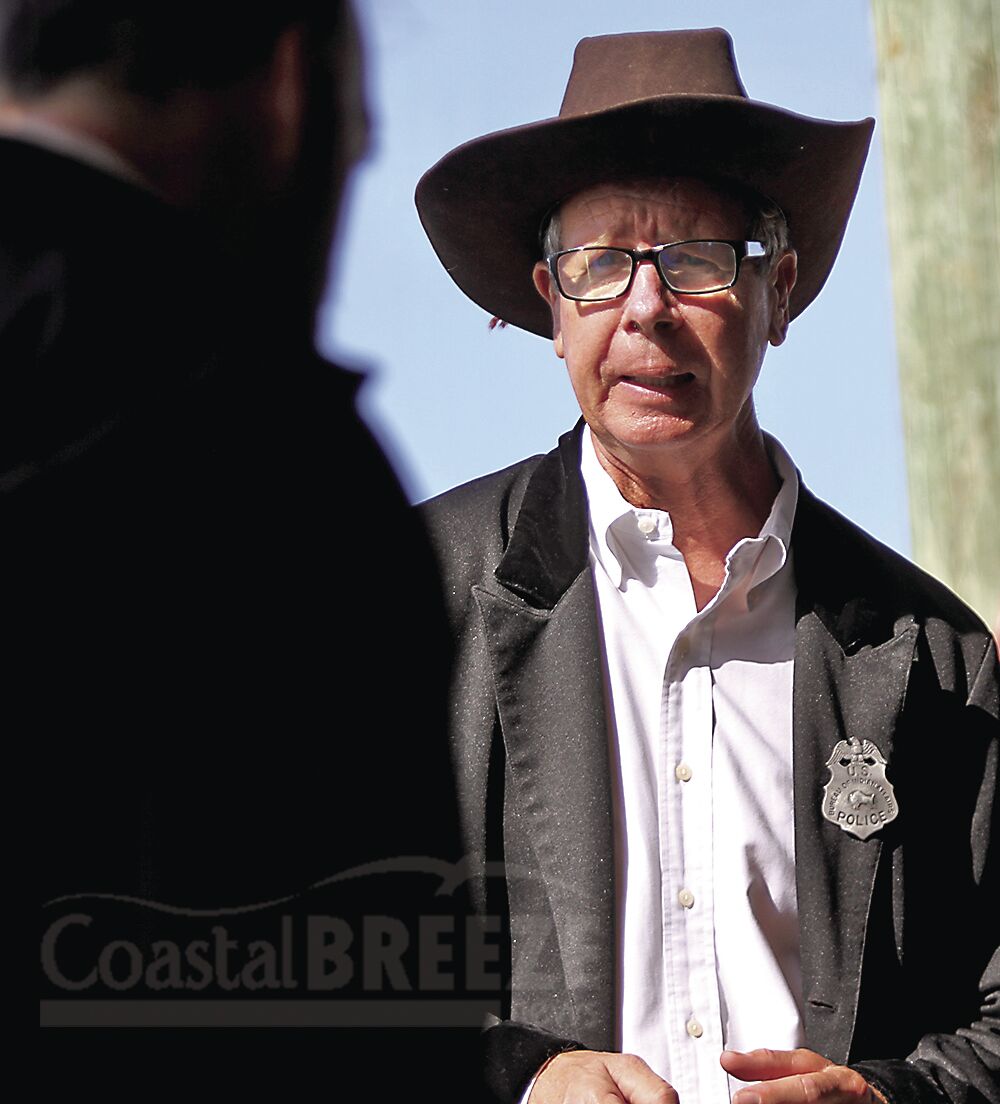 Harry Henkel did a credible job as Sheriff Tippens. 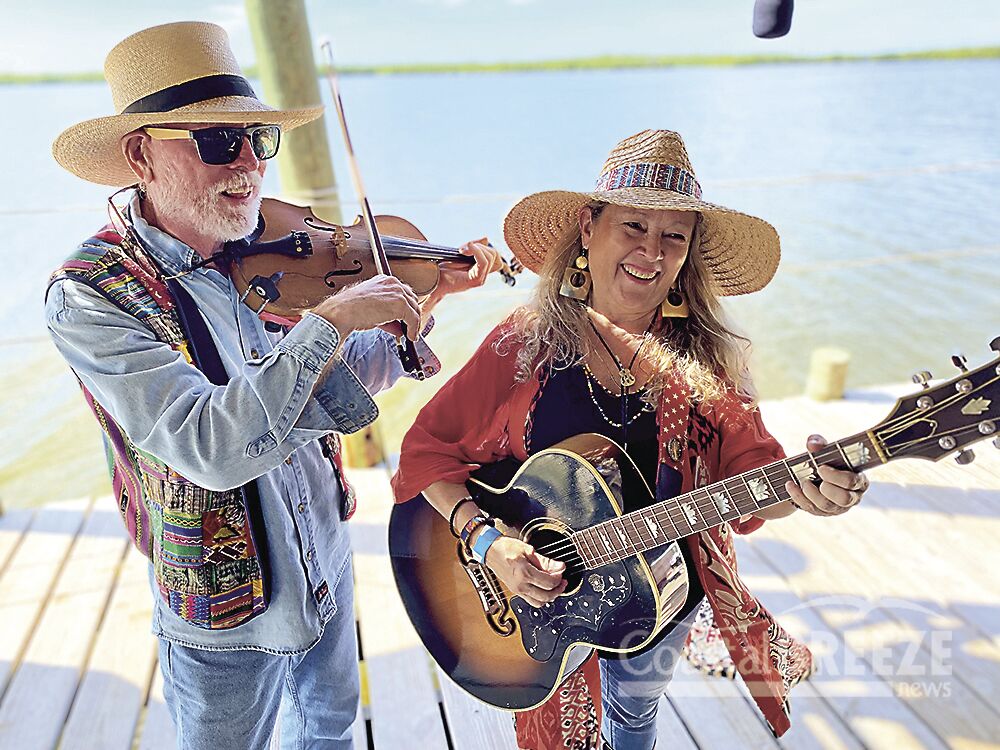 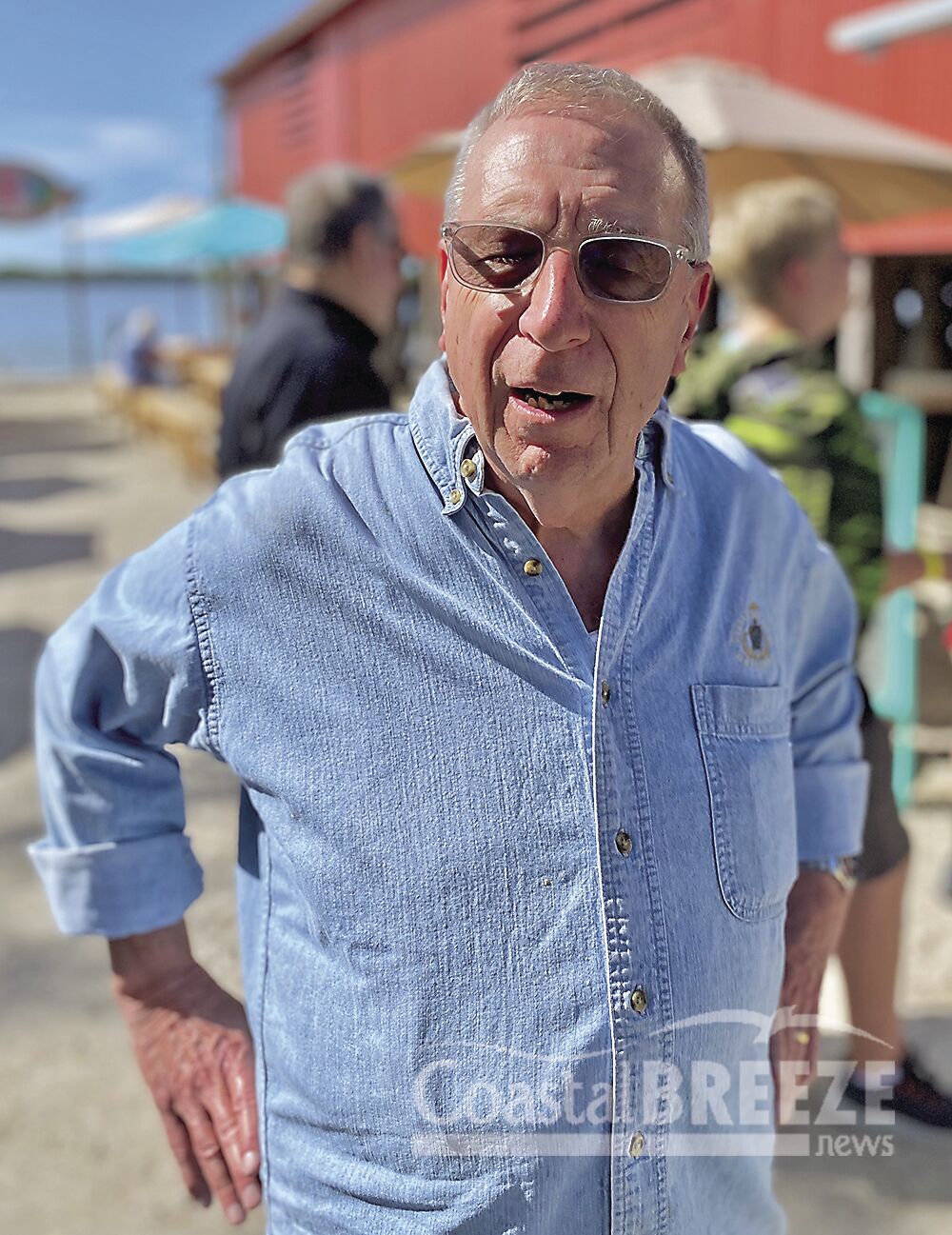 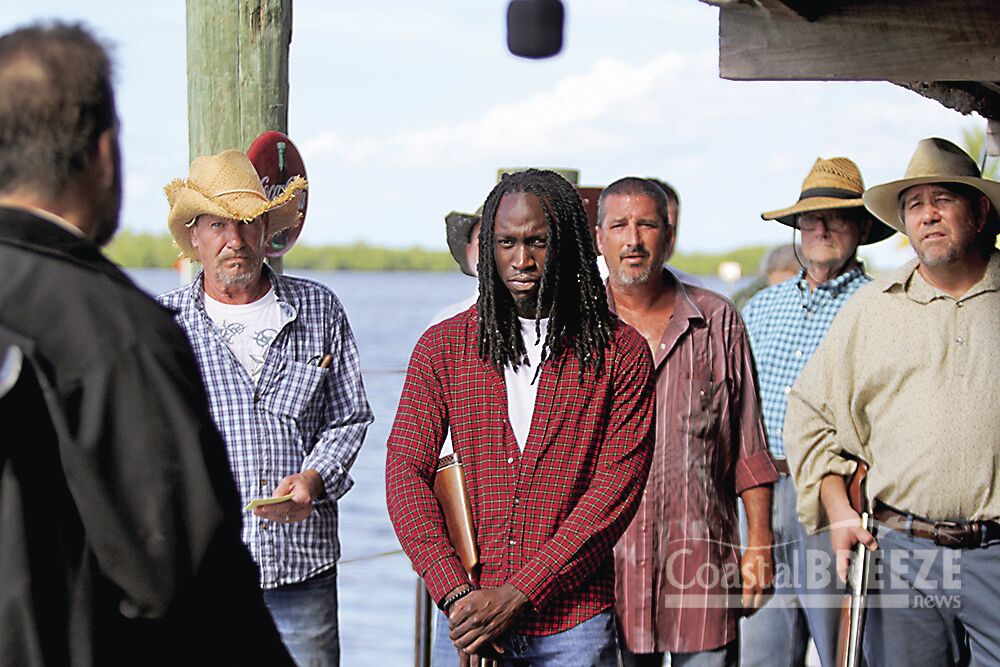 The locals face down Edgar Watson. 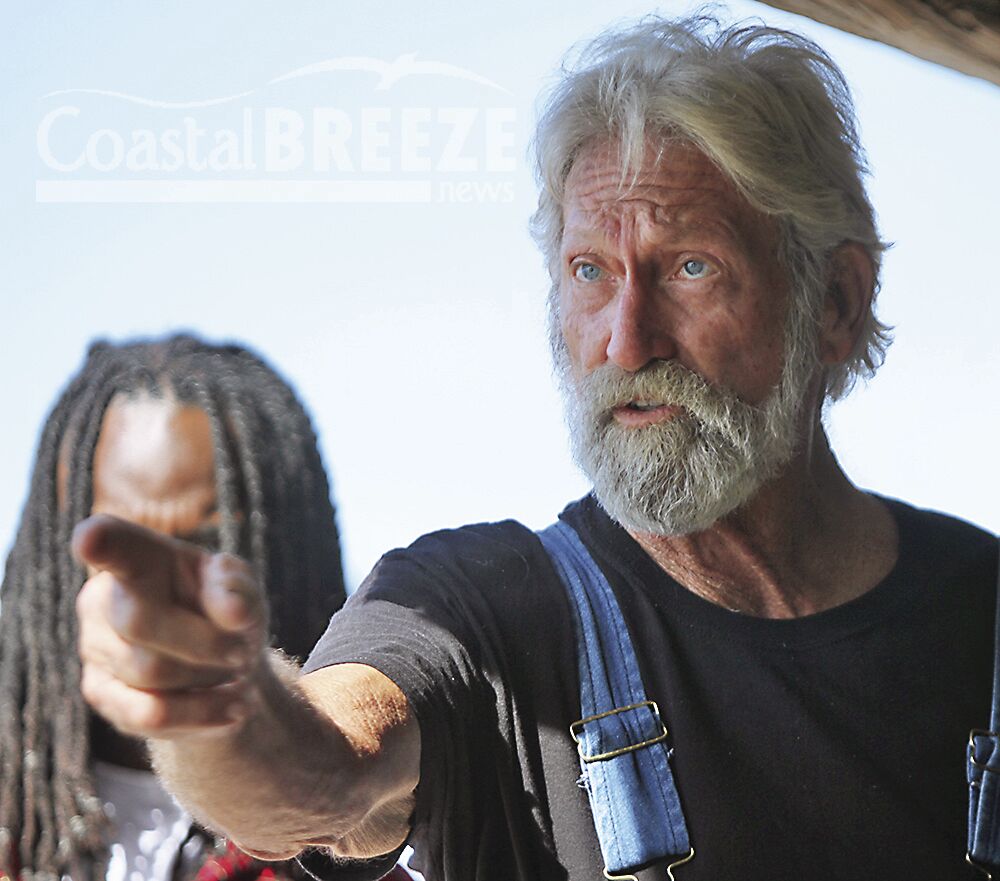 Barry Nicholls as Charlie Boggess standing up to Edgar Watson. 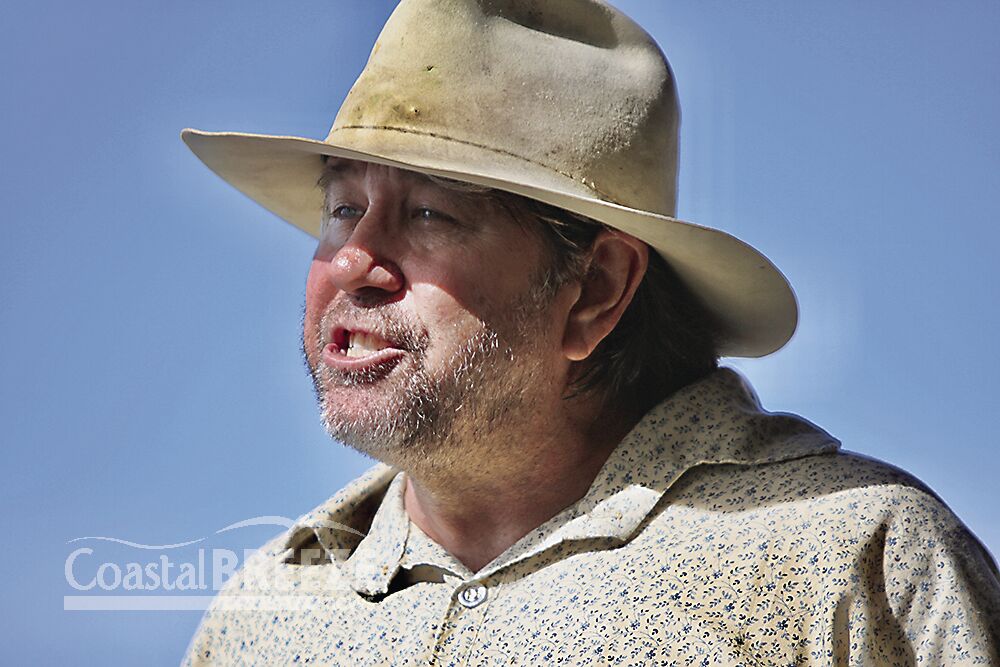 Keith Gahagan as DD House in Saturday’s play in Chokoloskee. 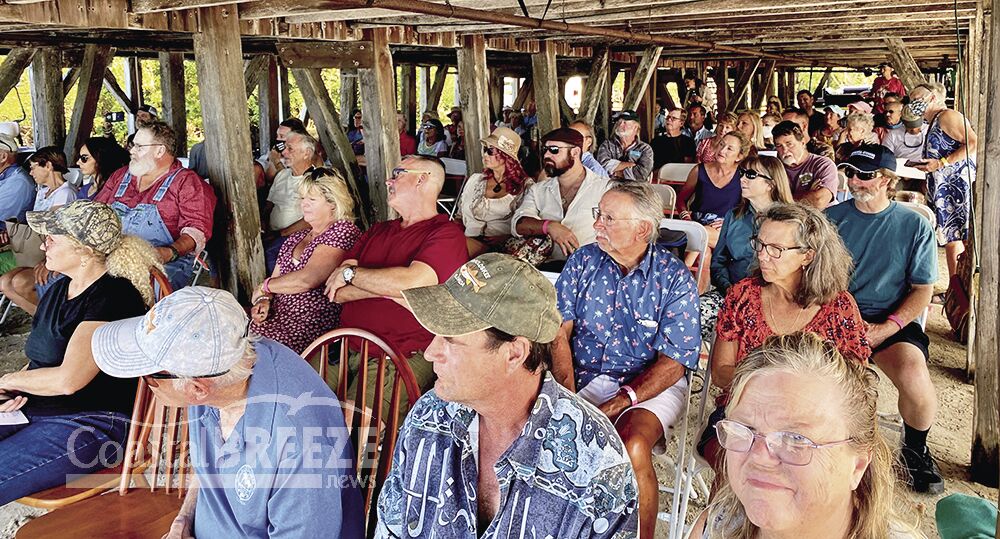 The audience gathered underneath the historic Smallwood Store in Chokoloskee.

Harry Henkel did a credible job as Sheriff Tippens.

Strong crowds filled the dirt floor underneath the historic Smallwood Store in Chokoloskee on Saturday, December 11 to enjoy two performances of Larry Block’s play, “Killing Mr. Watson”, about the famous killing of Edgar “Bloody” Watson. The play was performed by an all-volunteer cast at the very location of the killing in 1910 that has been famously documented by author Peter Matthiessen.

The performances, delivered on a toasty winter day that saw temperatures hovering around the mid-80s, benefit the Smallwood Store and the Everglades Society of Historic Preservation. The latter has undertaken the project of renovating the old Bank of Everglades building in Everglades City.

“The play involves some of the lines from the book “Killing Mr. Watson,” said Larry Block, "some that I made up myself, some are a combination thereof.”

Watson lived in the Ten Thousand Island area of the Everglades from the mid-1880s until 1910. According to Block’s introduction, "Watson became a legend for building land holding and a sugar cane and syrup business primarily by stealing the land of his neighbors, and the labor of his workers, by charming, cheating or killing them. He was liked or tolerated by some, hated by others, but he was feared by all."

The balance of the characters held their own, though a couple of them had to read their lines since they were added to the cast at the eleventh hour.

“We went through a very difficult time getting a cast,” Block said. “Two of the guys who were reading joined the cast last night.”

The play was quite well written. While Block isn’t a seasoned playwright, his is a veteran writer.

“I wouldn’t say that I write plays,” Block said. "I lived in Arkansas for a while and I took the script from “The Importance of Being Earnest”, by Oscar Wilde, which is way out of copyright. I had to shorten it because I was taking this group in Arkansas to the state community theatre championships. I edited it down and sort of re-wrote it. And this tiny little town of 5,000 people won the state community theatre championship. I was in my late 60s then - I’m 82 now. I write all the time. I write business stuff. I owned an ad agency for 25 years. Before that I was an international vice president of sales and marketing for Xerox. I had a corporate career for 30 years and then for 25 years I worked for an advertising agency that my wife owned, Block and Block.

Saturday marked the first time in 11 years that the play has been performed. The last performance was a significant one.

"We came back and did the play right here October 24, 2010,” Block said, "at the exact same moment Edgar Watson was killed 100 years earlier. That was the last time it was performed until today.”

"It started out as a shorter play,” he said. "The beginning of act two is the way the play opened up originally. But they wanted us to bring it to Naples, and stuff like that, so I thought I’d better expand it."