Skip to main content
You are the owner of this article.
Edit Article Add New Article
You have permission to edit this article.
Edit
Home
News
Columnists
Sports
Opinion
Lifestyles
Obituaries
Classifieds
Calendar
Public Notices
1 of 11 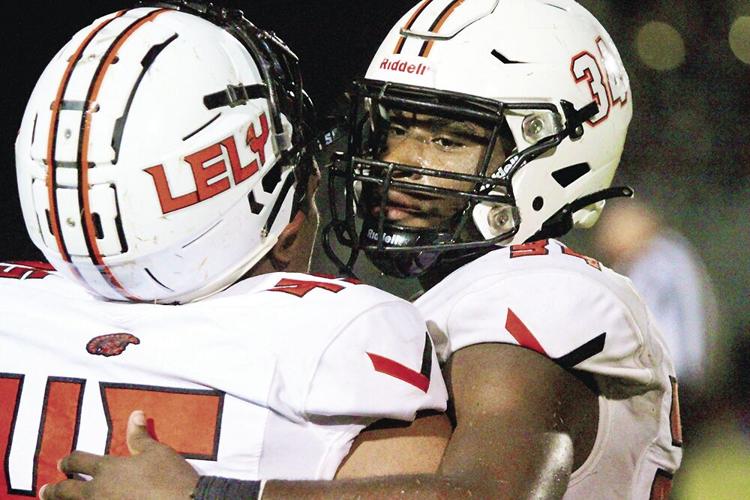 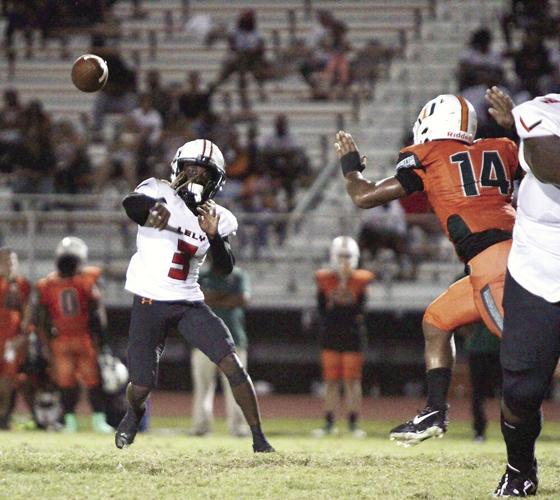 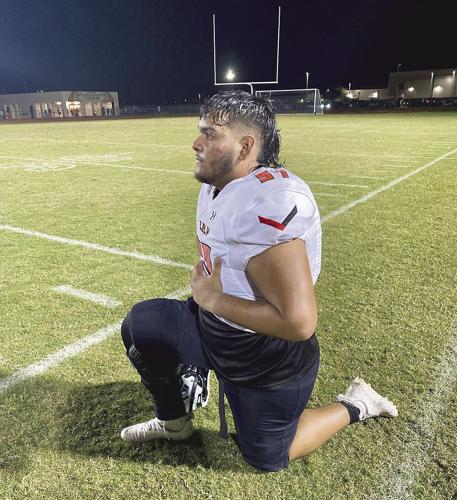 Junior Michael Lastra will be back next year for the Trojans. 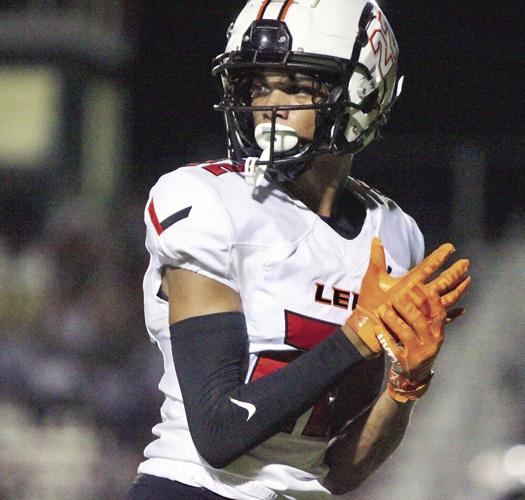 Sophomore Jayce Cora showed promise on both sides of the ball for the Trojans. 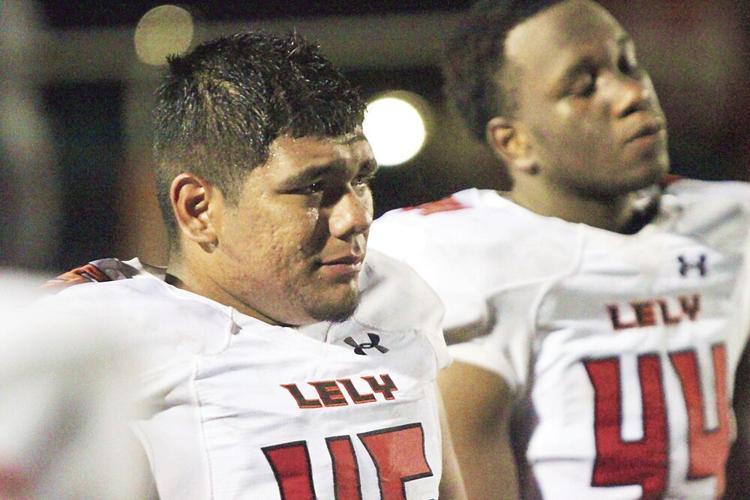 Defensive leader Jaime Cisneros gave everything he had to the Trojans. “He’s the quarterback of the defense,” said JJ Everage, Lely head coach. 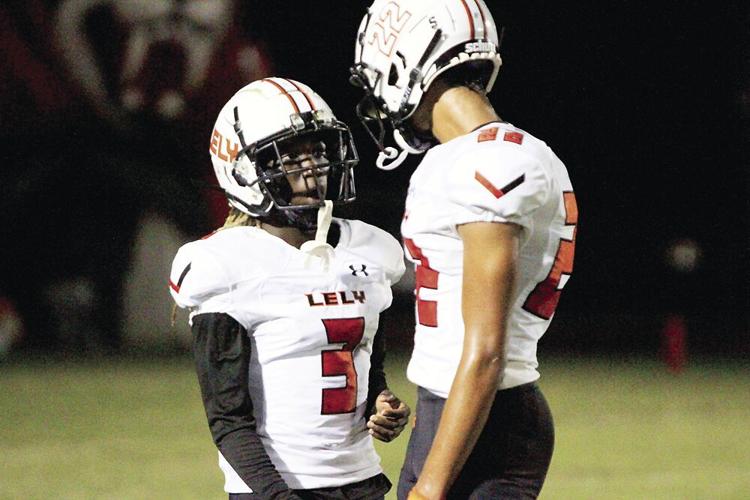 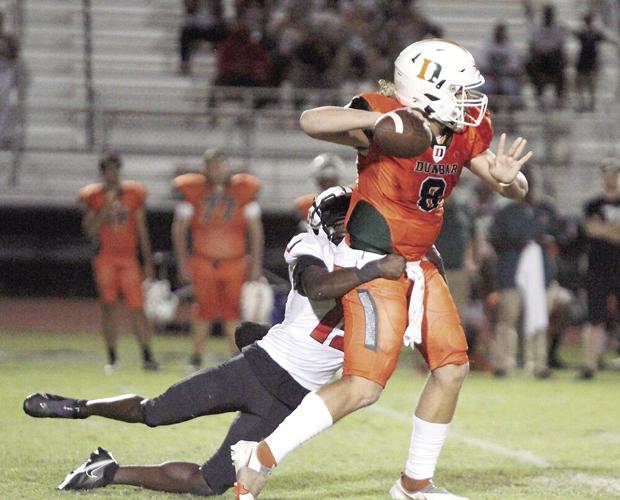 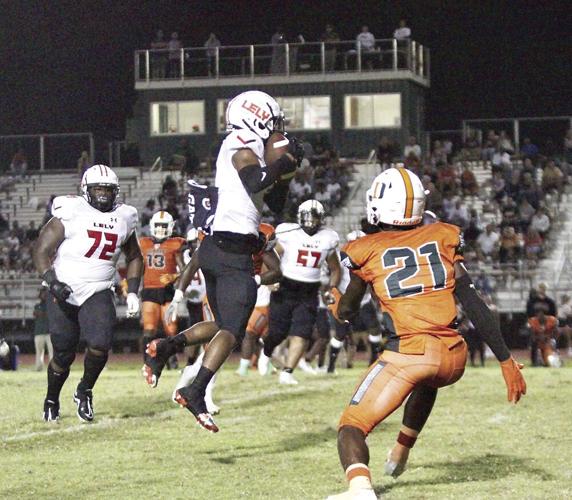 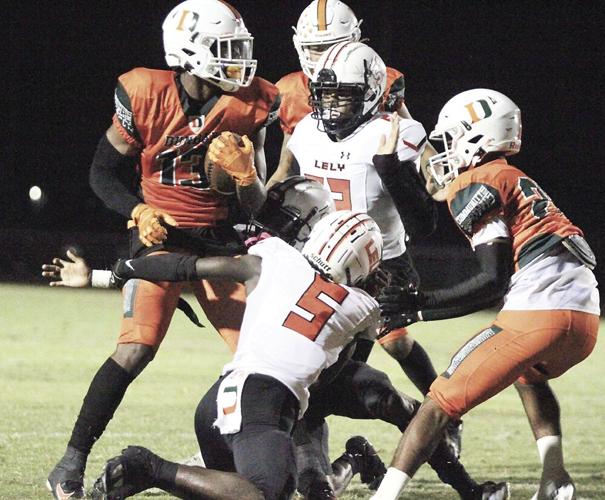 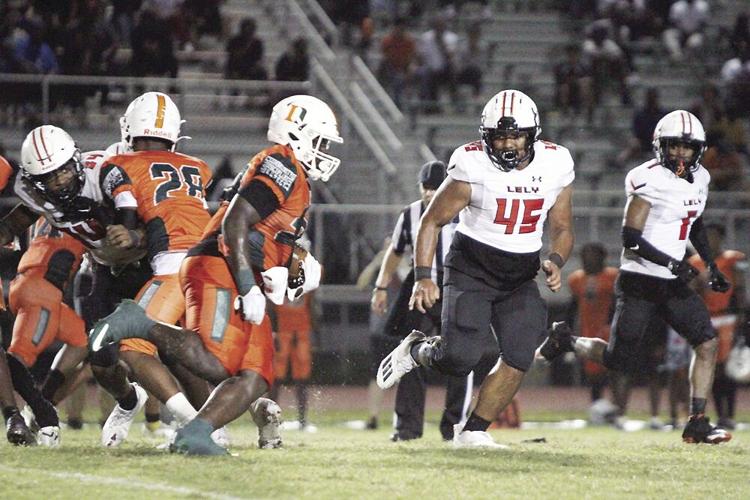 Lely’s Jamie Cisneros has a bead on Dunbar’s star runner, David Perkins. The Lely defense made Perkins earn all of his 108 yards on Friday night. 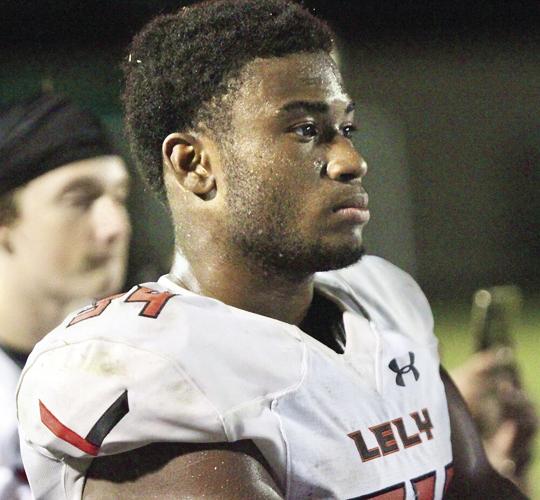 Guerschom Guerrier was Lely’s leading ground gainer three years in a row. He will be missed.

Junior Michael Lastra will be back next year for the Trojans.

Sophomore Jayce Cora showed promise on both sides of the ball for the Trojans.

Defensive leader Jaime Cisneros gave everything he had to the Trojans. “He’s the quarterback of the defense,” said JJ Everage, Lely head coach.

Lely’s Jamie Cisneros has a bead on Dunbar’s star runner, David Perkins. The Lely defense made Perkins earn all of his 108 yards on Friday night.

Guerschom Guerrier was Lely’s leading ground gainer three years in a row. He will be missed.

The clock finally struck midnight on Lely's Cinderella season. The number two seed Dunbar Tigers lived up to their reputation, defending their home turf Friday night and outslugging the seven seed Trojans 21-7 in a game that was closer than the final score indicates.

The game had the look and feel of a regional final instead of a regional quarterfinal as the two teams were like heavyweight champions duking it out for four quarters.

“We went toe-to-toe with them,” said JJ Everage, Lely head coach. "I think they kind of overlooked us a little bit. Our kids came out in the second half and showed them we mean business and we’re going to show you we’re here to play.”

It’s understandable how Lely could be overlooked by Dunbar, probably the second-best program in Southwest Florida behind Naples. The Tigers lone loss this season was to national power Lowndes of Valdosta, Georgia.

But Dunbar found out early that Lely came to play. The Trojans went into halftime down only 14-7. The Trojans moved the ball on Dunbar all night, with quarterback Jakeem Tanelus and running back Guerschom Guerrier doing the damage. Yet every drive but one saw the Trojans coming up short of the goal line.

"That’s our bread and butter,” Everage said. "Guerschom and Jakeem. We’re going to line up and run the football. We feel we can run against anybody. The first half we kind of came out, our o-line was a little intimidated. They didn’t have the belief. Then as bad as we played in the first half, we were only down seven points. I pointed that out to them at halftime.”

"I got into them a little bit at halftime,” Everage said. "They responded. They came out and played hard. We came out and got a good defensive stop and drove the ball down the field and came up short."

There were two drives the Trojans could not convert, one in the first half and one in the second half, that told the story.

After Dunbar scored first with 7:19 left in the first quarter on a 10-yard pass from Landon Winterbottom to Twaski Abrams, Lely drove the ball right downfield. A 25-yard blast through from the Lely 12-to the 37 by Guerrier made believers of both the Trojans and the Tiger. Guerrier picked up another first down to the 26. Then it was Guerrier to the 16. On fourth-and-one Guerrier busted through to the 14. A holding call moved Lely back to the 23. Four plays later a 37-yard field goal attempt by freshman Hudson Switkin was long enough, and on-line, but a bit too low.

A fourth quarter drive that came up empty on a fourth down run signaled the end was near for the Trojans.

"That fourth down was a big play,” Everage said. "The turning point in the game. There was a missed assignment on Jakeem’s run. If we pick that up and score on that drive, who knows?”

The Tigers were a handful for the Trojans offensively and defensively.

"The challenge is their speed, obviously,” Everage said. "They’re so fast at the skill positions and on defense. They’re relentless. They get to the football with speed."

It was hard for Everage to say goodbye as time ran out on the 2022 Trojans.

“It’s always tough with seniors when you have to say goodbye,” Everage said. "It was a special group for us. People counted us out early in the year. But because of the seniors putting the pieces together, they raised some eyebrows. Just the fact that they were in the playoffs is a credit to what they did. It’s one of the best teams I’ve ever coached. Not as much talent as I’ve had in the past. It’s a credit to these kids. I hate for them to go out like this. I really thought we could make some noise in the playoffs.”

The Trojans were resilient, recovering from an 0-3 start to finish 6-4 in the regular season.

"I’m so proud of what they did this year,” Everage said. "Playing three games in nine days, having to win all three to get in the playoffs. It’s just a credit to these kids and their grit. This is one of the most special groups I ever coached. This group here will hold a special place in my heart. All teams you love the players and you get close to them. But just what they had to go through this year. The hurricane, having to play three games in nine days, the 0-3 start, we had an unfortunate situation with a former coach.”

Everage is finishing his fourth year as the Trojans head coach. He thinks a season like this helps him to build the program.

"The things that they went through this year,” Everage said, "and to successfully respond the way they did, will forever stay in my heart. I hope the younger guys can learn from it. The playoff atmosphere. They got to play in a playoff game against a top-notch team. I hope next year they come out with more grit from the start."

"It hurts to say goodbye,” Everage said. "This is my first graduating class at Lely. When I started, they were freshmen. You get really close to these guys. The way we started out this year, and the way they responded and played, I was in awe. So it hurts to say goodbye in a season like this. Hats off to our kids and what they did this year."