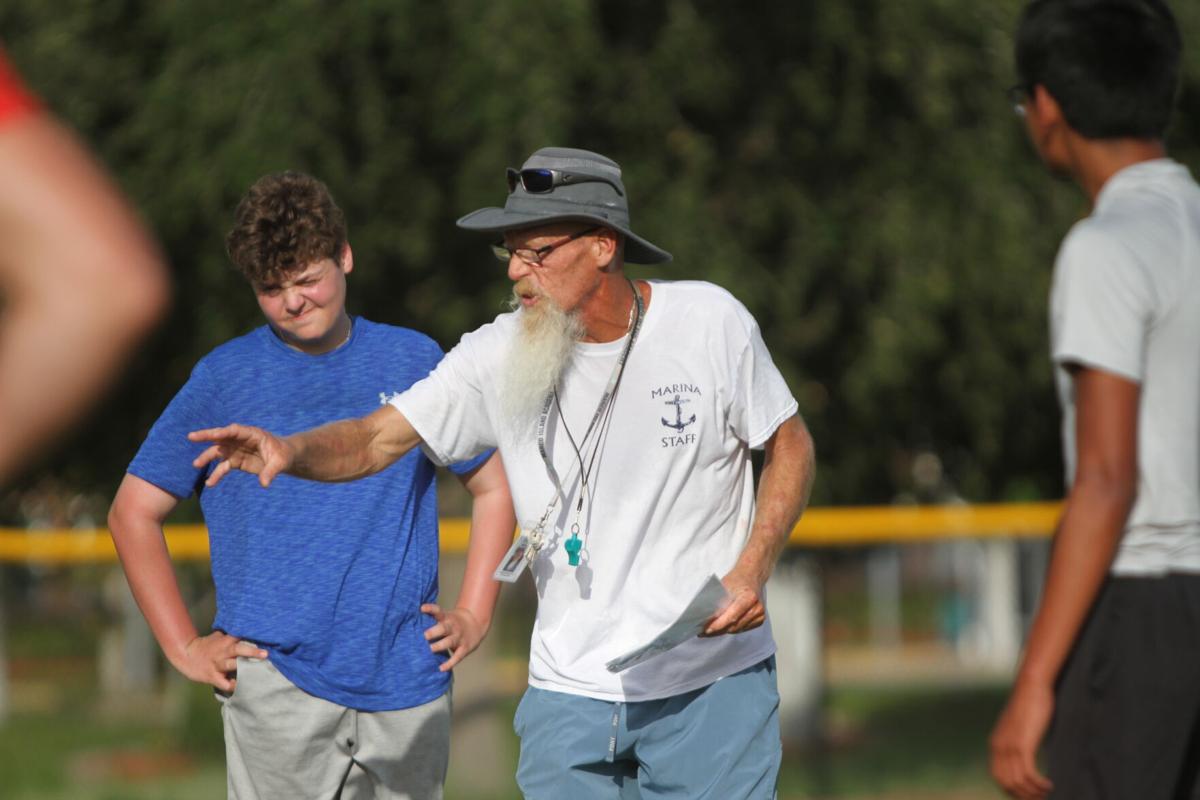 Head Coach Lew Montgomery and his coaching staff are teaching a green group of players. 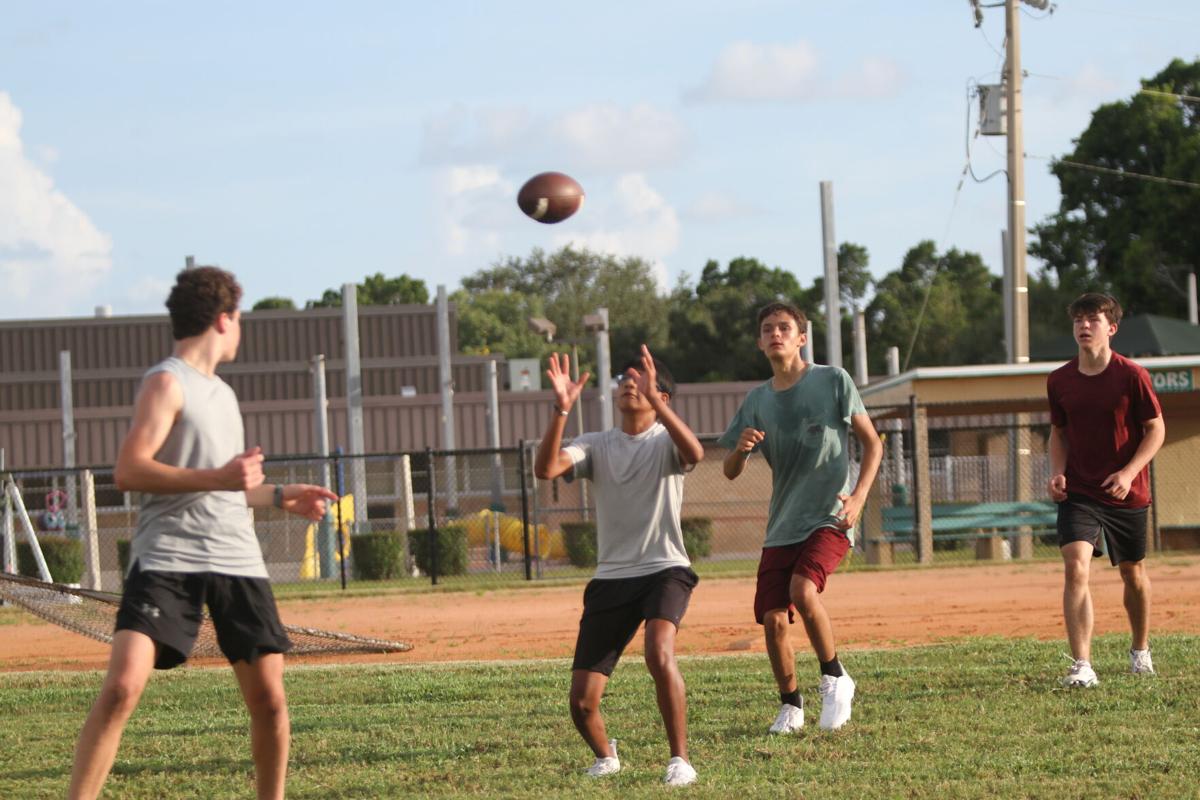 Players perform a tip drill, where they tip the ball to each other. 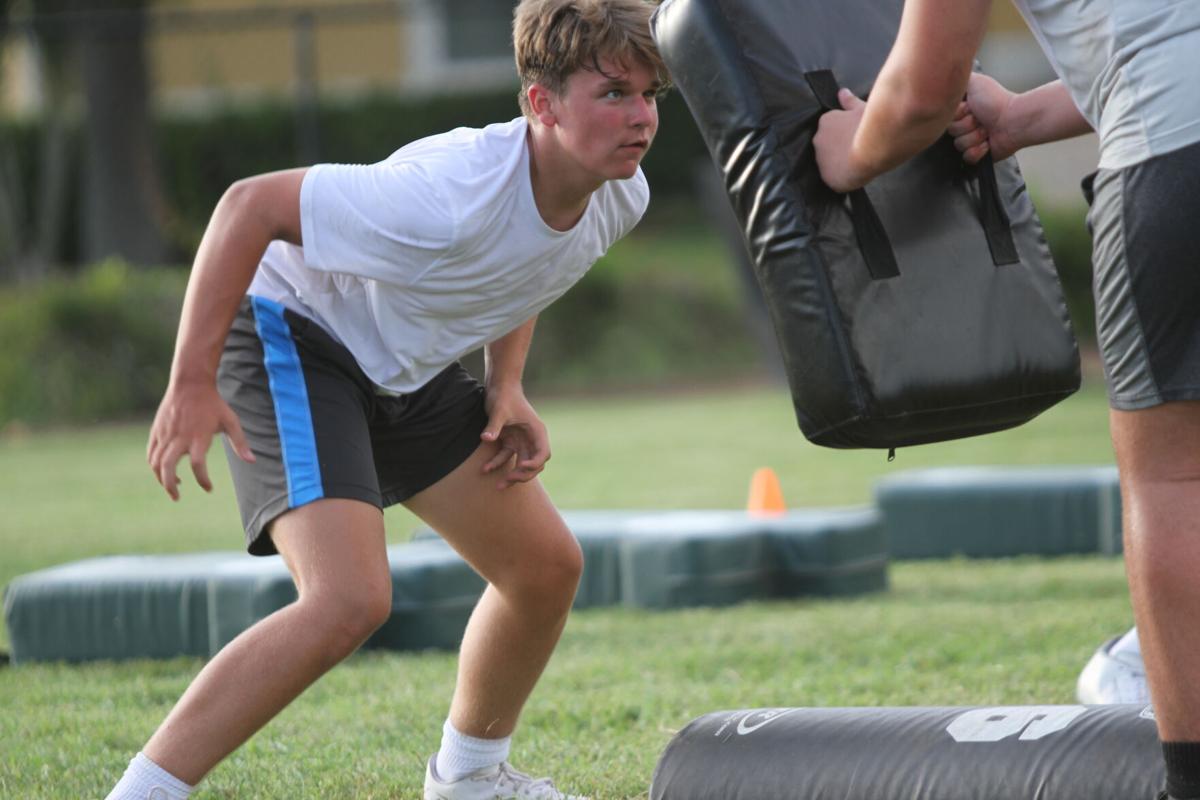 MIA prospect is hitting the pad, held by his teammate. 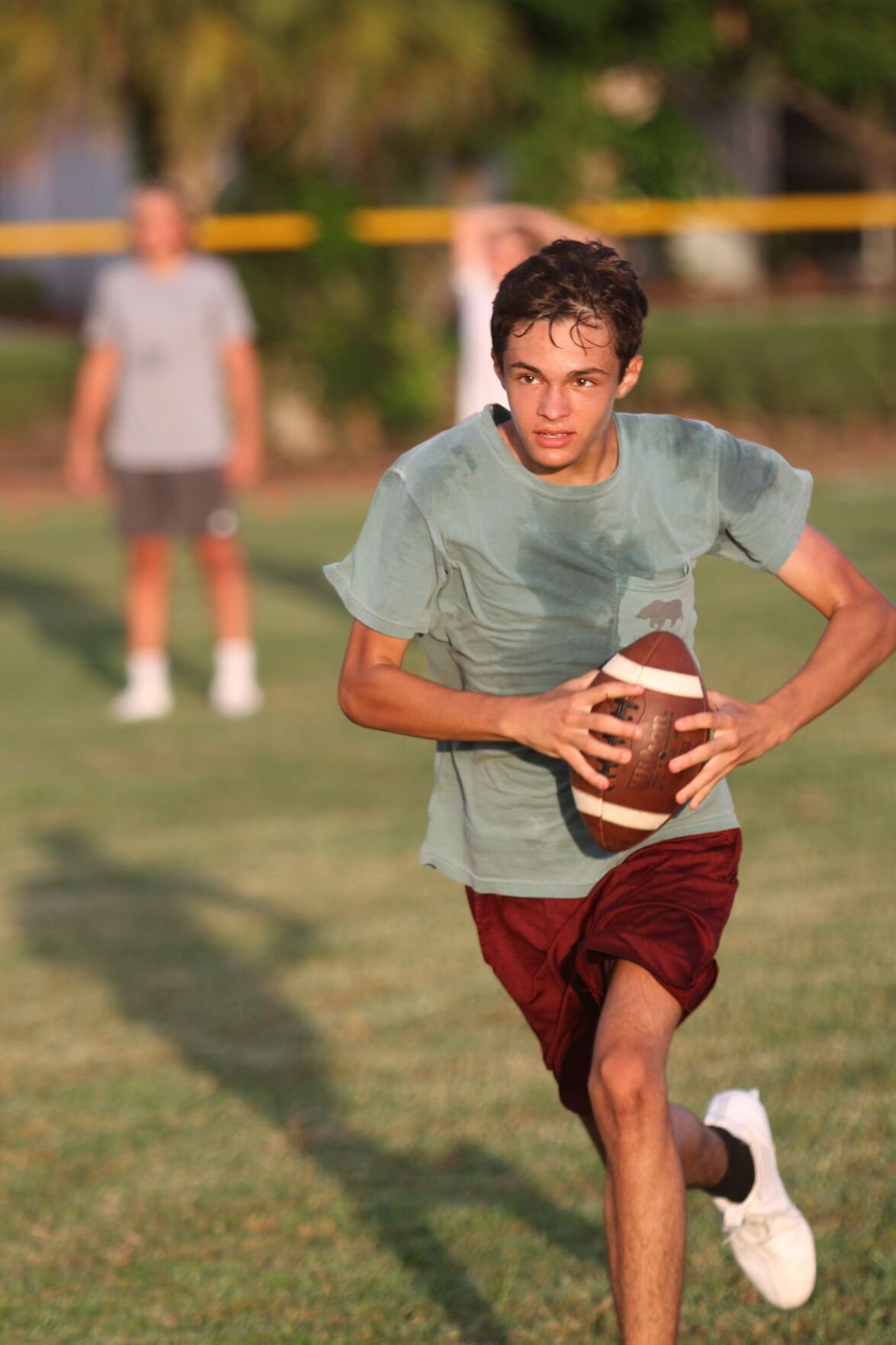 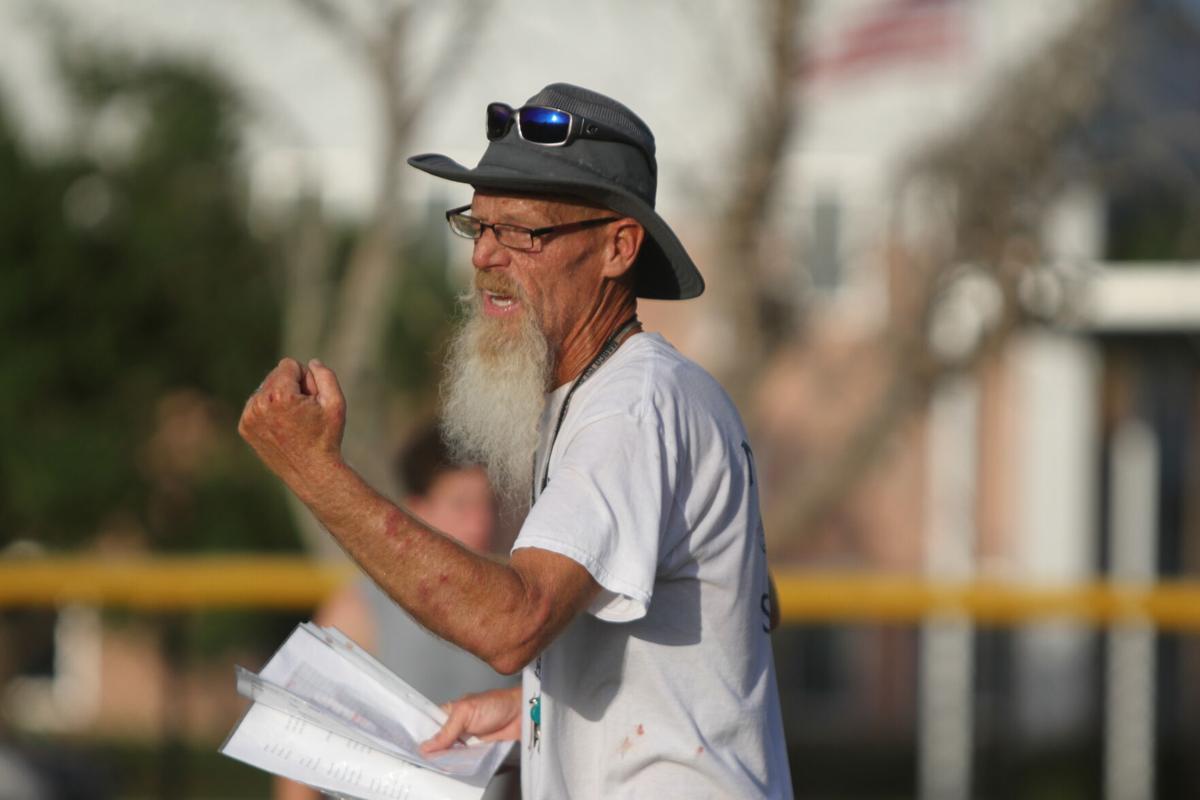 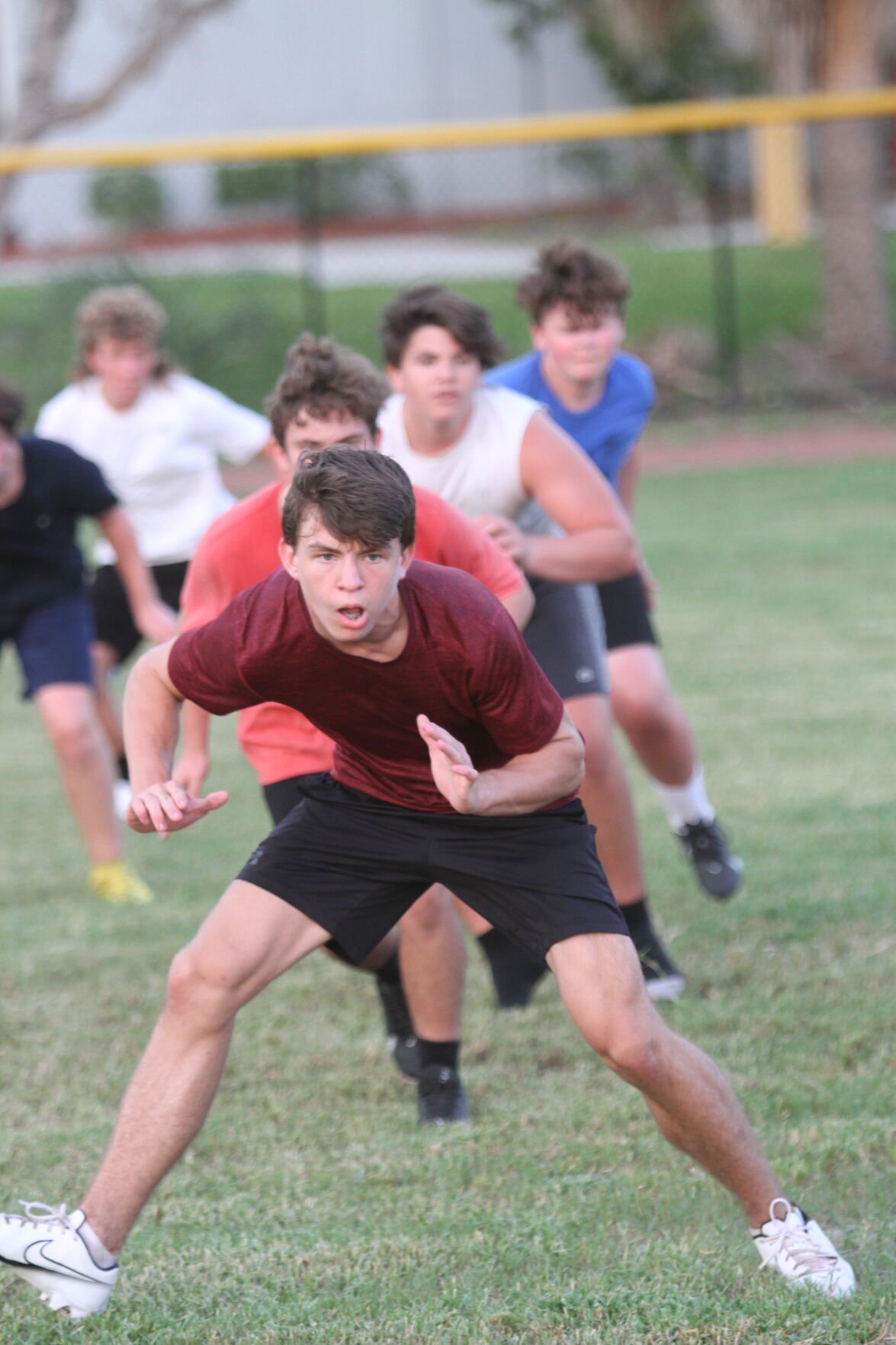 The first week of practice is heavy on technique. 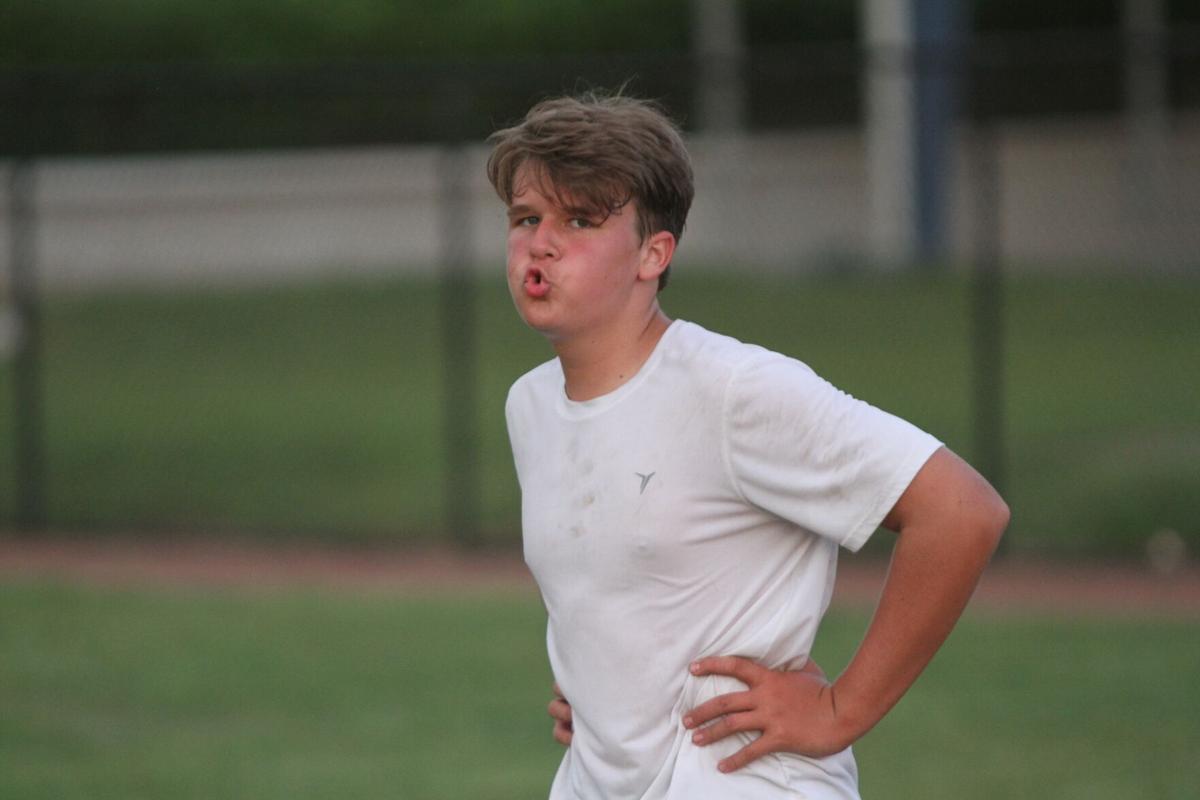 A Rays prospect catching his breath. 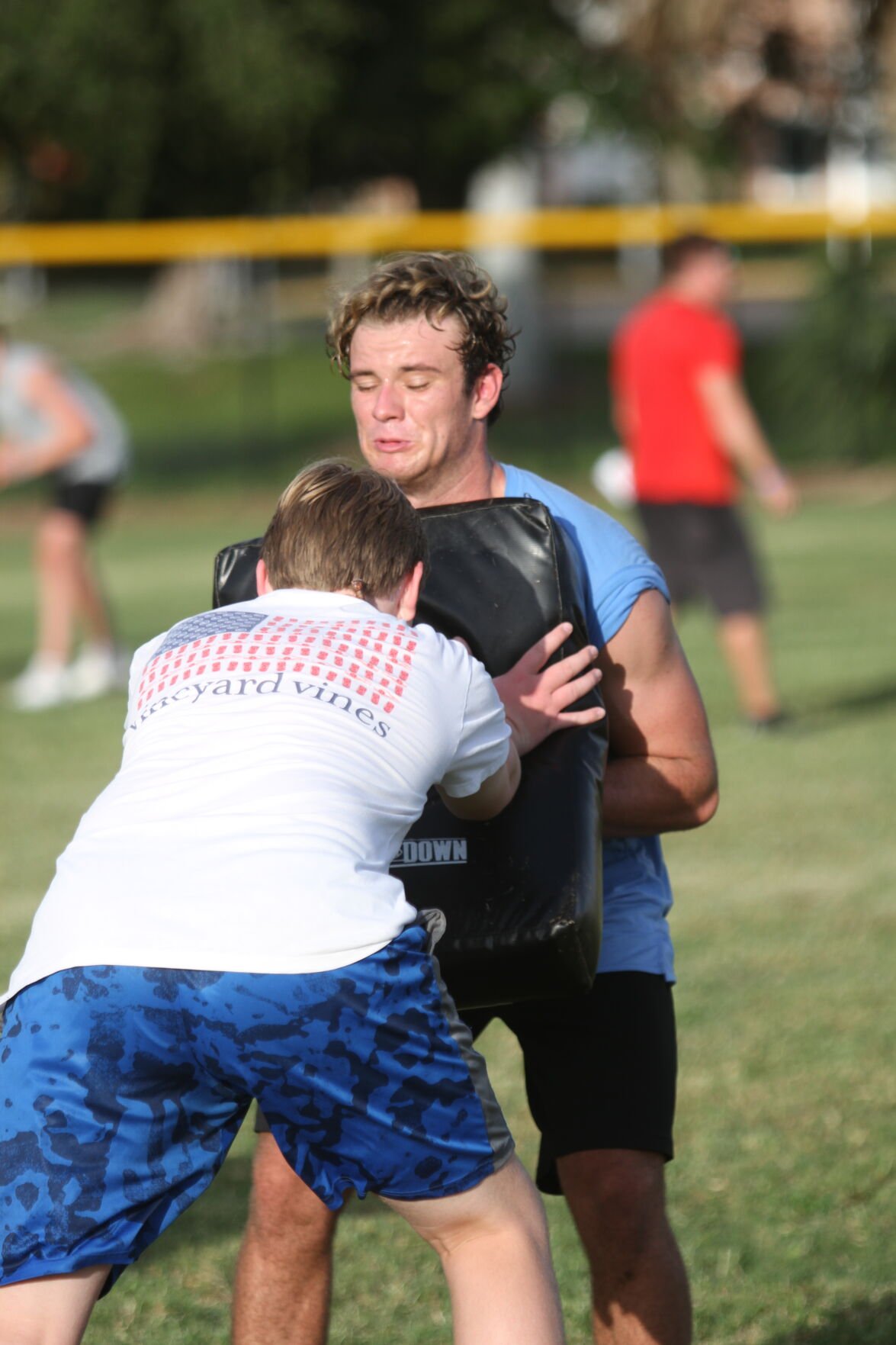 Head Coach Lew Montgomery and his coaching staff are teaching a green group of players.

Players perform a tip drill, where they tip the ball to each other.

MIA prospect is hitting the pad, held by his teammate.

A Rays prospect catching his breath.

Marco Island Academy started the Lew Montgomery era on Monday, August 2, 2021, when they held their first two practices on the field at the middle school. Montgomery put his young team through two-a-day practices for the entire first week.

Montgomery and his coaching staff appeared more like teachers than football coaches as they patiently taught technique to a mostly football-green aggregation of 15 high school boys.

“I feel great about it,” said Montgomery, who happens to be the social studies teacher at MIA. "I feel excited. Everything we do is based on the skills the players bring to the table. Academically we're a very intelligent group. We’re full of former soccer players and basketball players. Good hands and good feet. We have some meat on here, too. It’s starting to come together. I’m just really excited. It’s meant to be.”

Montgomery, a first-year head coach, and his coaches, work with their inexperienced prospects collectively and in small groups. They are united in their coaching approach and positive communication with the players.

Players are shown what to do and then attempt to do what their coaches have asked of them. The players seem to improve with every repetition of a given drill.

"They’re really getting after it,” Montgomery beamed after practice. "They have the right attitudes. We are really working on heat acclimation. Doing things the right way in this humidity. But mother nature is blessing us with blue skies and making us work. We’re sweatin’ it out. But we’re also hydrating and trying to stay on top of it. I’m excited about where we’re at.”

During two-a-days, temperatures were consistently in the 80s and 90s. Montgomery scheduled a number of water breaks that helped the players remain fresh.

Montgomery hopes to continue to add numbers to his team now that practice has started.

“Today we’re 14,” Montgomery said. "We have a couple more parents telling us they’re coming in tonight. Couple trailer tires blew. We have some U-hauls coming in. We’re happy to get ‘em when we can.”

Montgomery can see that the coaching staff is getting through to their charges.

“Day by day,” he said. "It’s literally leaps and bounds. The guys who’ve been with us a month already (through conditioning), doing some of the drills. Just knowing what we expect. How far they’ve come. We’re seeing improvement constantly. This is a one of the most coachable groups I’ve been around. You say something to one, they’re all hearing it. Those are our assets. That’s where I’ve got a lot of faith in these guys."

The Rays will play a seven-game schedule this fall, starting with a road game at Canterbury on Friday, August 27.