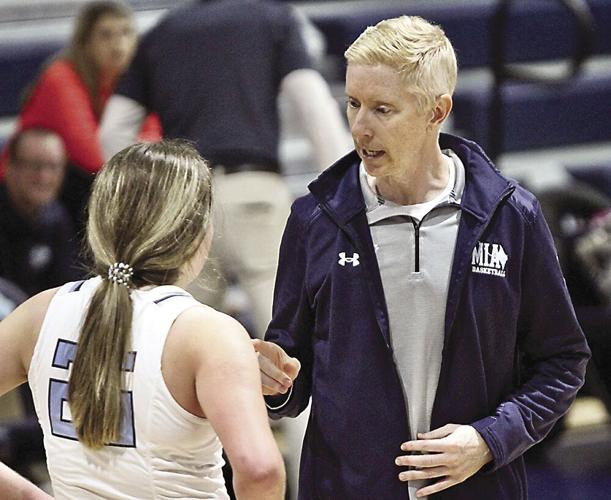 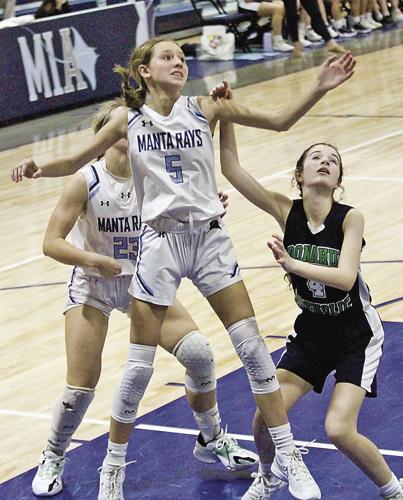 Freshman Bianca Fernandes is in position to grab a round against Donahue Catholic. 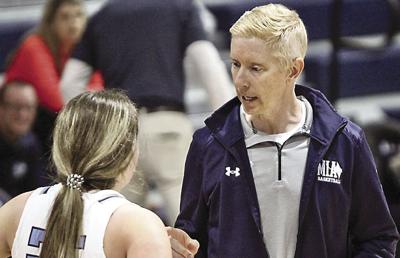 Friday was a night at the gym that Marco Island Academy coach Travis Barry would probably like to forget. His daughter Kathryn Barry, the team leader, was out with a corneal abrasion. Aside from being the team’s leading scorer, she is also their floor general. The Rays were dominated, 53-21, by a Donahue Catholic team coach Barry thought MIA might beat before his daughter’s injury.

But what a difference a day makes. The Rays traveled to Babcock Ranch Saturday morning with Kathryn Barry back in the lineup and returned to their winning form, rolling to a 69-40 win. 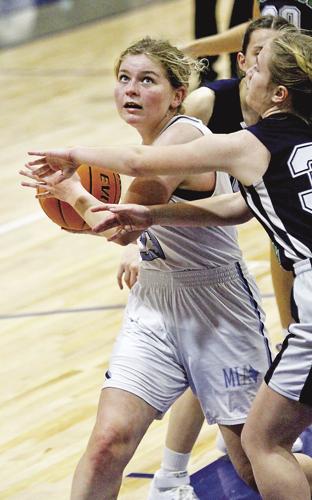 Katelin Reisinger grabs a rebound and looks to score against Donahue Catholic. 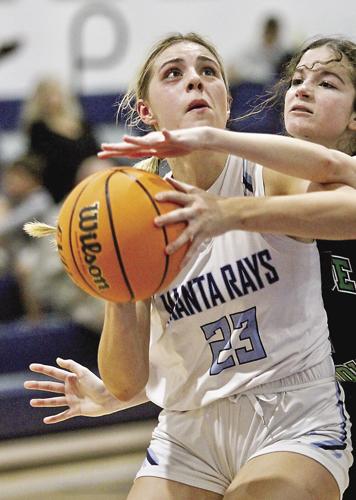 “The eye doctor put a protective lens on her cornea,” Travis Barry said, "and it was like night and day for her. She went from not even being able to open her eye to being able to play Saturday. It was an unbelievable day. Things just went so much better.”

Kathryn Barry scored 24 points against Babcock. She had a lot of help, with Payton Rice scoring 20 and Amelia Sanchez 19. Rice and Sanchez were the scoring leaders for the Rays against Donahue with eight points each.

“Kathryn was able to control the ball and control the game,” said Travis Barry. "It was just a whole different result than Friday night. I felt sorry for the girls Friday because we’d been on a winning streak. We were expecting to beat Donahue with Kathryn in the lineup.” 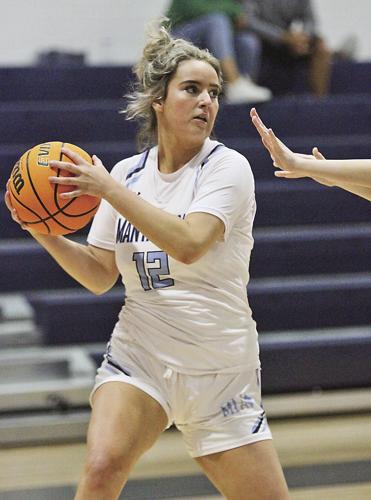 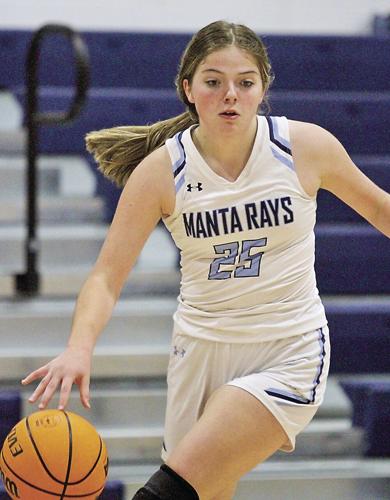 Barry is coaching a squad with five freshmen and only two seniors. With Kathryn Barry out of the lineup, Donahue applied pressure the entire game.

"I thought our girls would hold up a little better Friday night,” Travis Barry said, “our freshmen are really good players - and they’re going to be great players - they just got rattled Friday night. They’re used to having Kathryn control the ball.”

As for his daughter’s eye, Barry says she should be fine.

“She literally couldn’t blink without tears running down her face,” Barry said. "As soon as they put a protective lens on there it was like night and day. They say abrasions heal quickly."

The Rays move to 9-5, with two games left in the regular season. Donahue Catholic improves to 9-6 with their win over MIA. Babcock Ranch sits at 0-8.