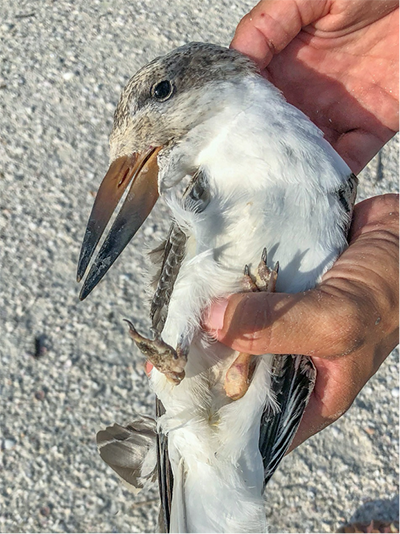 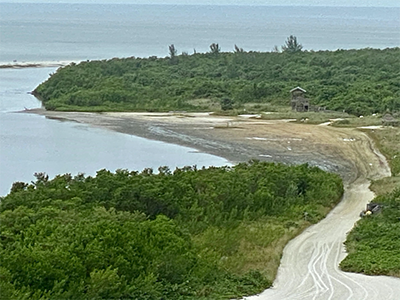 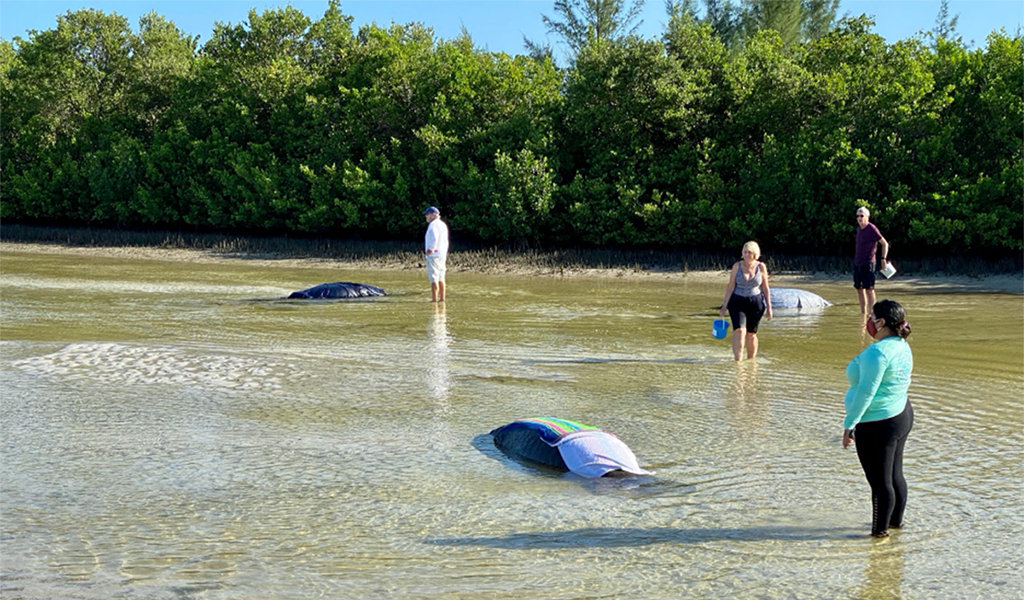 Submitted Photos | Three of six stranded Manatees (October 18). Animals are blanketed to protect from over-exposure to the sun.

Submitted Photos | Three of six stranded Manatees (October 18). Animals are blanketed to protect from over-exposure to the sun.

To say that “2020 has been challenging” is an understatement. Tigertail lagoon and Sand Dollar Island have had their own challenges. Black skimmer hatchlings met grisly deaths in the Critical Wildlife Area; the causes are still ‘under investigation.’ Mounds of trash along the shoreline, and most recently, three separate Manatee strandings in Tigertail lagoon. Assessment of Tigertail waters’ bacterial content shows it’s frequently inferior to other Island beaches.

With regard to Manatee stranding locations, there is some predictability here. Strandings occur in regions of the lagoon that have become shallow over recent years, with several consequences.

In 2018, the Hideaway Tax District commissioned a report on the physical condition and natural resources of Tigertail lagoon and its environs. Delivered to the District in March 2019, the detailed report describes the lagoon as divisible into four zones, with Zone 1 being the area at the mouth of the lagoon, proceeding south to Zone 4, which abuts the Tigertail Beach.

Because of shallowing, limited tidal flushing occurs in the southern zones (Zones 3 and 4). The report recommends a ‘cut,’ to provide a deeper channel that would allow tidal flows to do their work. A public presentation and discussion, sponsored by the ‘Friends of Tigertail,’ was held at the Library in August 2019, with no subsequent action.

The report’s conclusion recommends: “Establish a regional technical advisory committee that includes all major stakeholders and regional parties that share interest in this system.”

This sounds logical and insightful, however, since the authors are professionals and familiar with Florida politics, one has to wonder if there might be some dark humor at play? At least SEVEN agencies should claim seats on such a committee; two from the Island, Collier County, three State and one Federal. Each would come to the table with a distinct agenda, and most unlikely to show genuine interest, never mind compromise.

This culture is shameful. Left unchallenged, nothing will happen. The lagoon is likely to deteriorate further; with consequent future strandings and potentially further detrimental declines in water quality. The Tigertail beach and lagoon represent a tremendous resource for wildlife, human enjoyment and an economic driver for Marco Island. Watch our agencies run for cover when everything, including the Manatees, goes belly up.