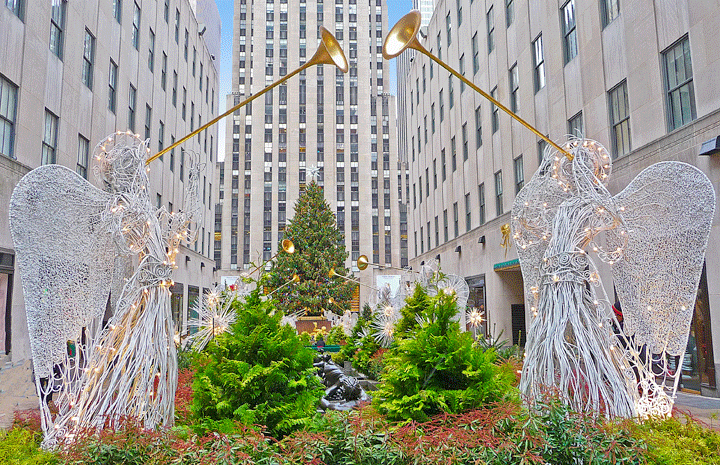 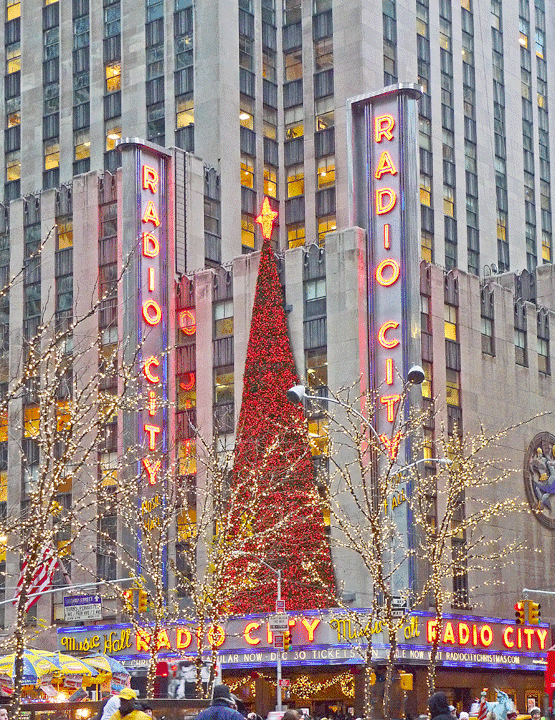 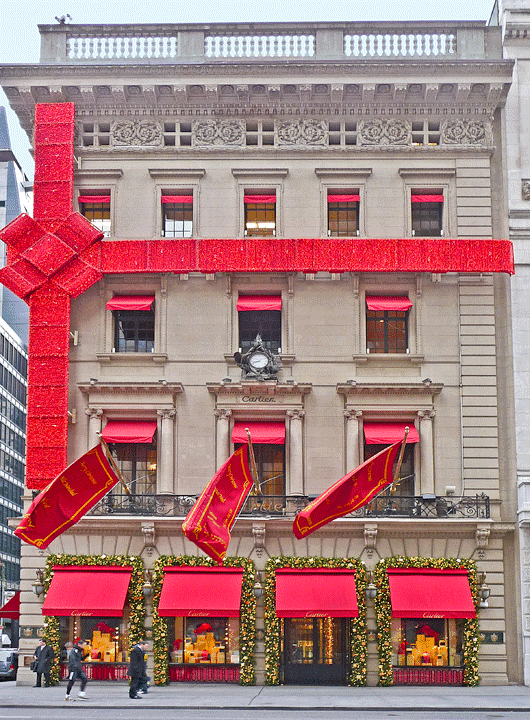 Cartier, Fifth Avenue all wrapped up for the holidays. 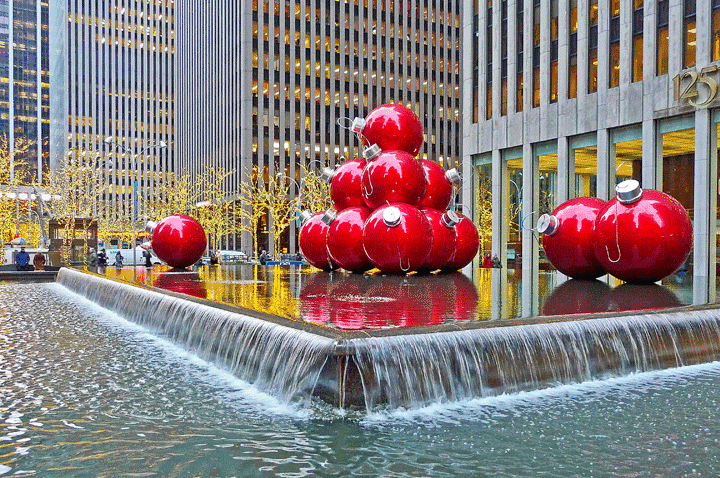 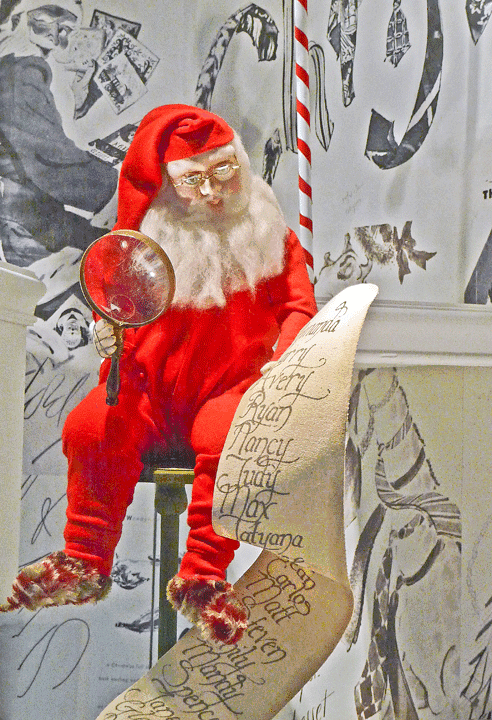 Norman Rockwell’s Santa comes to life in the window of Lord and Taylor, Fifth Avenue. 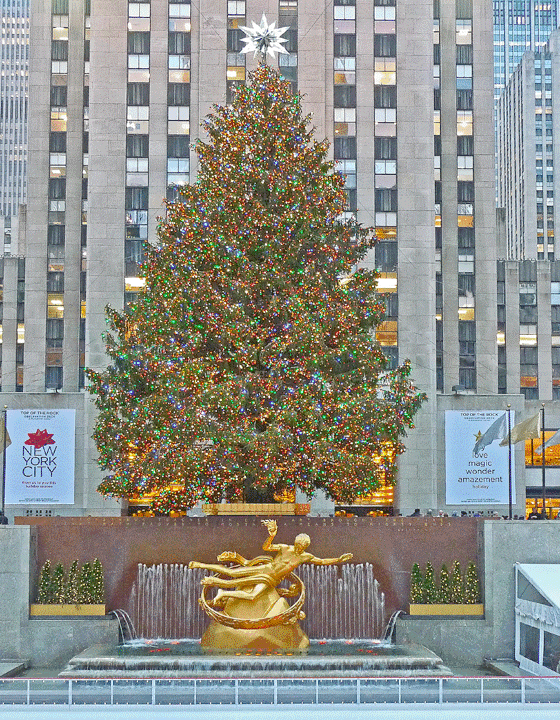 More than 5 miles of lights adorn the tree at Rockefeller Center.

Throughout my childhood and most of my adult life, the holiday season has been synonymous with trips to New York City, affectionately called “The City” by those who know her. When I was very young, this ritual would begin early Thanksgiving morning when my father and I would travel to the The City for the Thanksgiving Day Parade. He would hoist me on his shoulder so I could enjoy the balloons and arrival of Kris Kringle; “Miracle on Thirty Fourth Street” remains one of my favorite films. This would be followed later in the season by another trip to see the window decorations, the winter wonderlands inside Saks and Macys, the toyland of FAO Schwartz, the sparkling tree at Rockefeller Center and Renaissance tree at the Metropolitan Museum. We often would have a quick ice skate in front of the golden statue of Prometheus at Rockefeller Center and then take in the Radio City Christmas Spectacular or The Nutcracker.

In later years, Radio City was replaced by Broadway. As long as they were in existence, the trip also included a stop at Horn and Hardart automat for hot chocolate “from the lion’s mouth”. How many of you remember that?

I still try to visit The City every couple of years to enjoy my old favorites. For those of you who might plan a trip to New York at the holidays, here is a quick guide to some of the highlights, traditions that are there year after year.

Christmas trees and other holiday lights:

My favorite stores for window displays include:

Holiday markets are a relatively new addition to the holiday tradition in The City:

Good seats to the “hot” shows during the busy holiday season can be difficult to obtain.  If there is a show you really want to see, it is best to get your tickets early and through full price outlets.  Otherwise, here are some options for discounted seats:

2.  TDF has 3 TKTS discount booths in The City.  The booth in Times Square has same day tickets only.  The South Street Seaport and downtown Brooklyn booths sell same day tickets as well as next day matinee tickets.  Times Square booth is in Father Duffy Square on Broadway at 47th; South Street Seaport booth is at the corner of Front and John Sts.