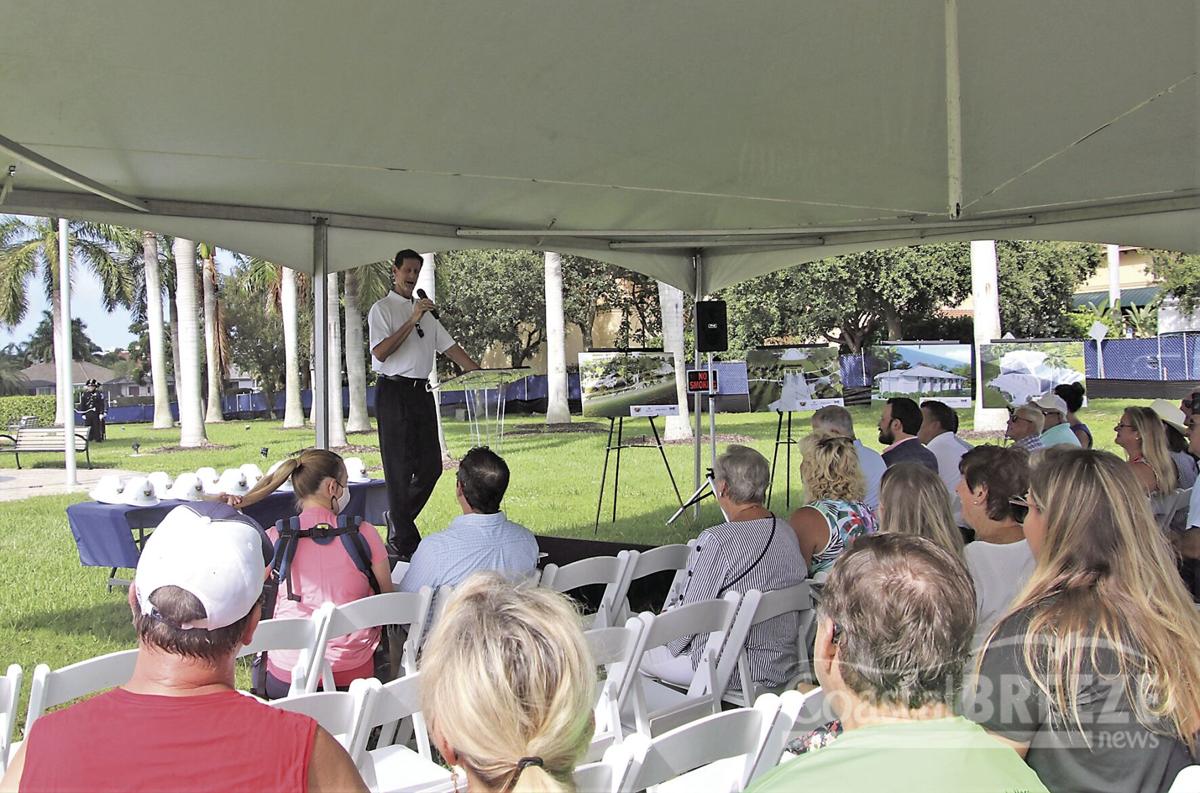 The City Manager discusses the history and vision for the park. 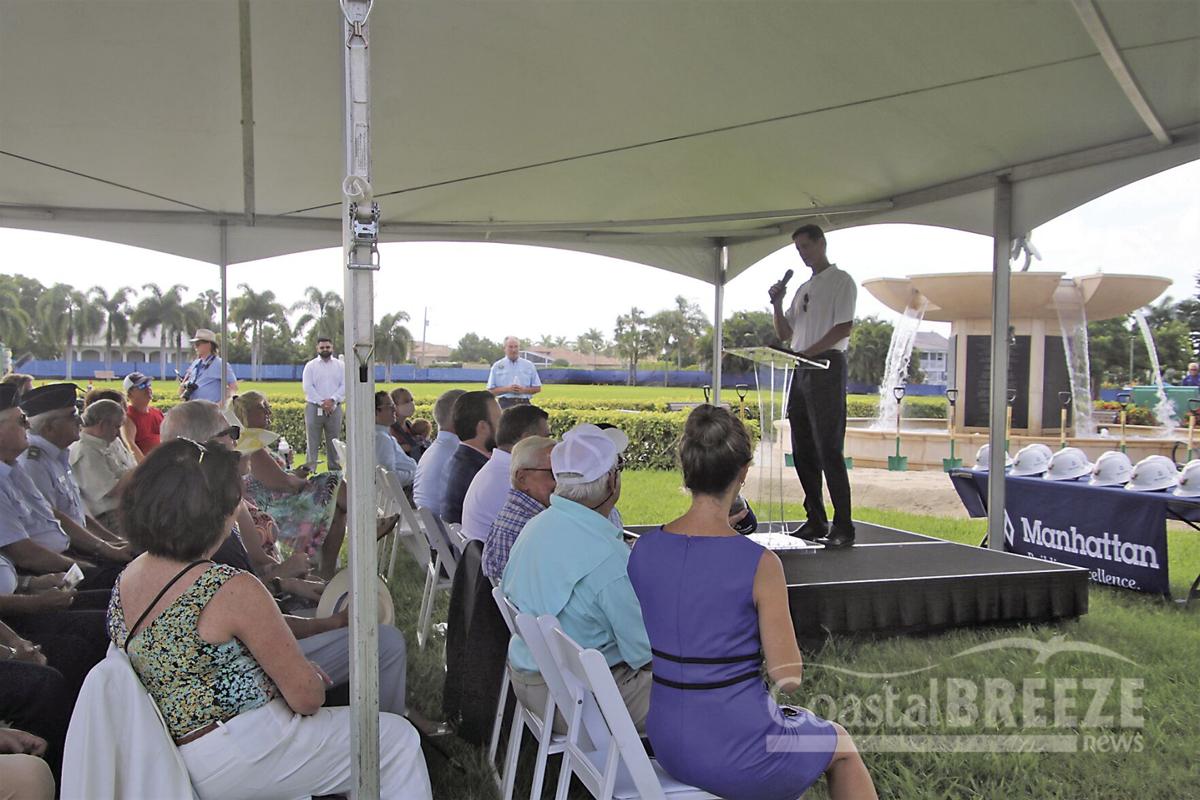 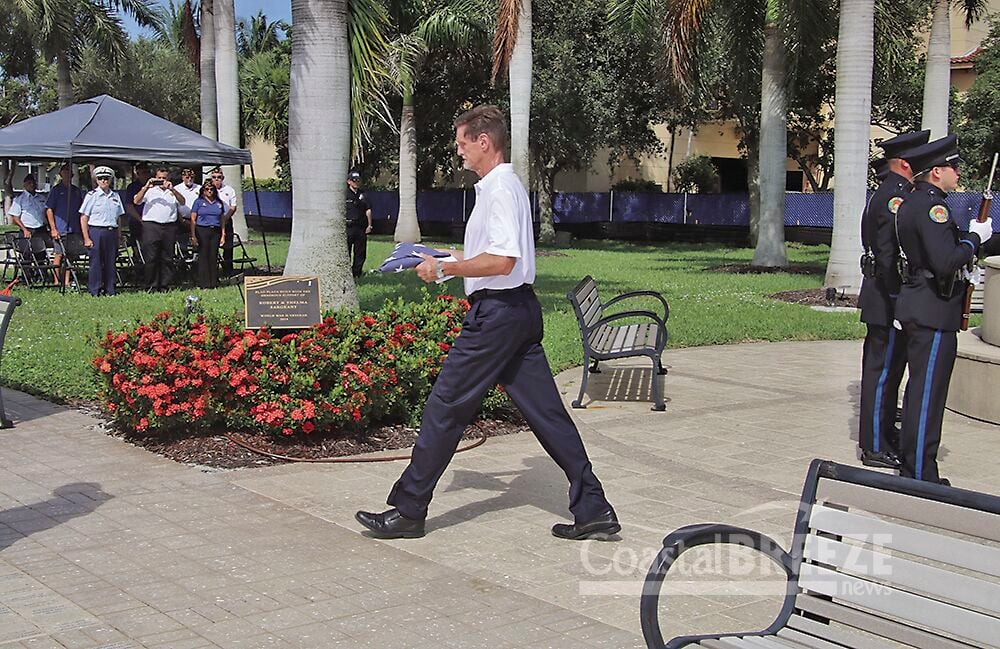 McNees retiring the U.S. Flag for safe keeping during construction. 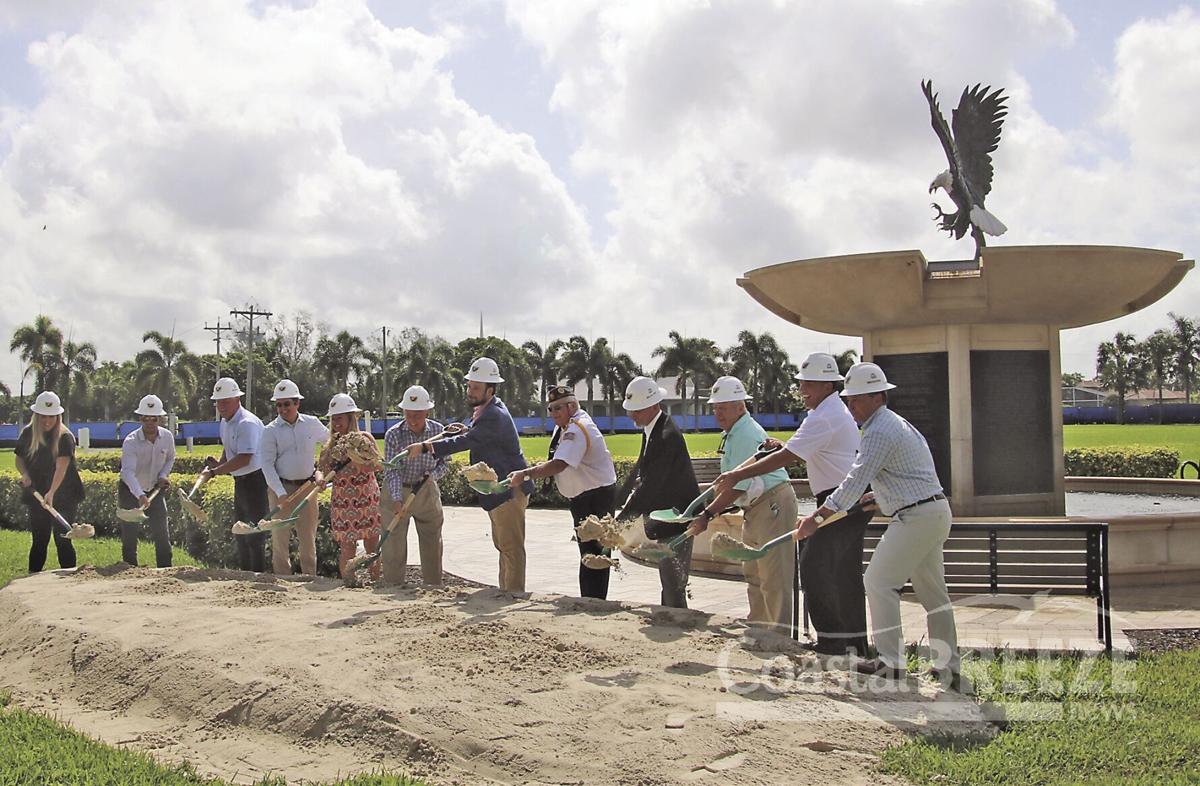 The City of Marco Island held an official groundbreaking ceremony this week at Veterans Community Park.  The long awaited development of the park, is expected to take twelve months and include a bandshell and restroom. 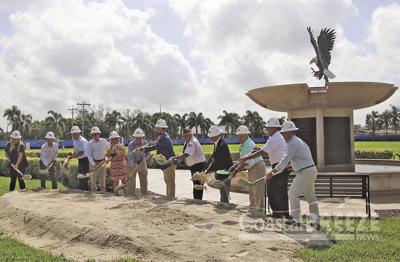 In 2003, Marco Island registered voters approved acquisition of the Glon Property for $10 million dollars as part of a voter referendum that exempted the project from the “spending cap,” and allowed for its approval under the city charter. Then, later in 2005, the Marco Island City Council voted to name that same property Veterans’ Community Park, giving the park its identity in name only, but without a focused vision for what it would be.

Back in 2003, the late Councilman E. Glenn Tucker cautioned residents at the time to be patient, for the fledgling city was not then able to move ahead with planning for the future of the park. However, the community did recognize and approve the city’s protection of the last large piece of green space for future use by the community.

The community was able to recognize the value of the Veterans’ Community Park purchase when the volunteer committee that manages Christmas Island Style approached the city with the idea of moving the annual Christmas Tree Lighting Ceremony to the park in 2008. Since then, other events such as concerts, the Seafood Festivals, and the popular Farmers Market have found a home at Veterans’ Community Park.

The original Veterans’ Community Park Planning Committee began its work on the first master plan for the park in 2008-2009. That ad-hoc committee held numerous open meetings and public design charrettes to gather residents’ input. The Veterans’ Community Park Master Plan as developed by the committee and assisted by Kimley-Horn and Associates was delivered to city council in 2009.

In 2018, a new City Council requested that plan be reviewed once again to ensure that the older document was still focused on community needs. Once again, Kimley-Horn and Associates reviewed and re-submitted that plan with minor adjustments for council’s review.

As a result of that review, in 2019 the city moved forward to approve contracting with Kimley Horn and Associates for $594,959 to develop construction documents, permitting and construction phase services for implementing park elements on the Veterans’ Community Park Master Plan.

Council also debated the process the city would use in the construction phase of the project. That debate centered around whether to rely upon a “Design-Build” process, where the city has a set of construction plans developed and goes out for bids to obtain the best possible pricing for the project based on those plans, or to proceed with what is known as a “Construction Manager at Risk” (CMAR) concept, where the contractor comes back with a “price not to exceed,” and any overruns are the responsibility of the contractor. In the end, the city would make the choice of a CMAR process.

There were smiles all around when, on Wednesday, August 18, the ceremonial first shovels of earth were turned over, signifying the start of the long anticipated one-year construction project. The project will provide improved parking, drainage, lighting, new restroom facilities, shade trees, upgraded electrical services and the much-debated band shell.