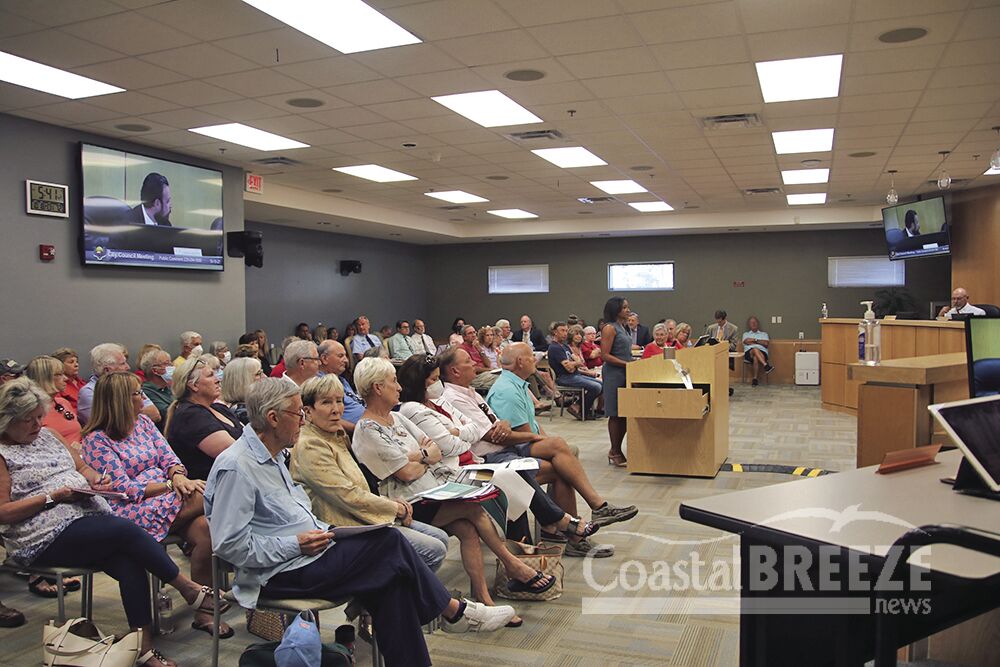 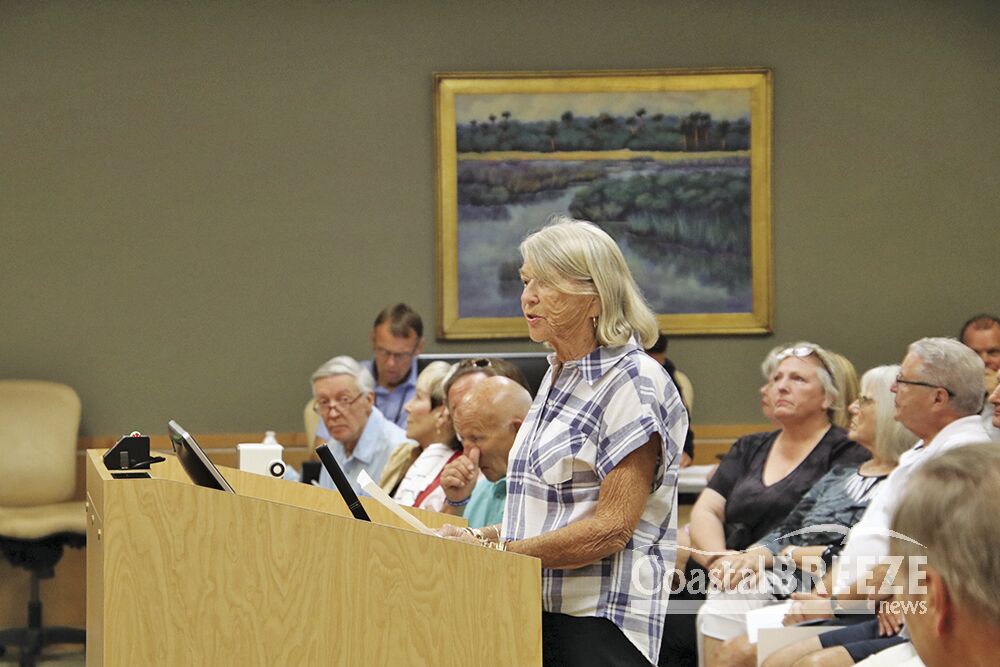 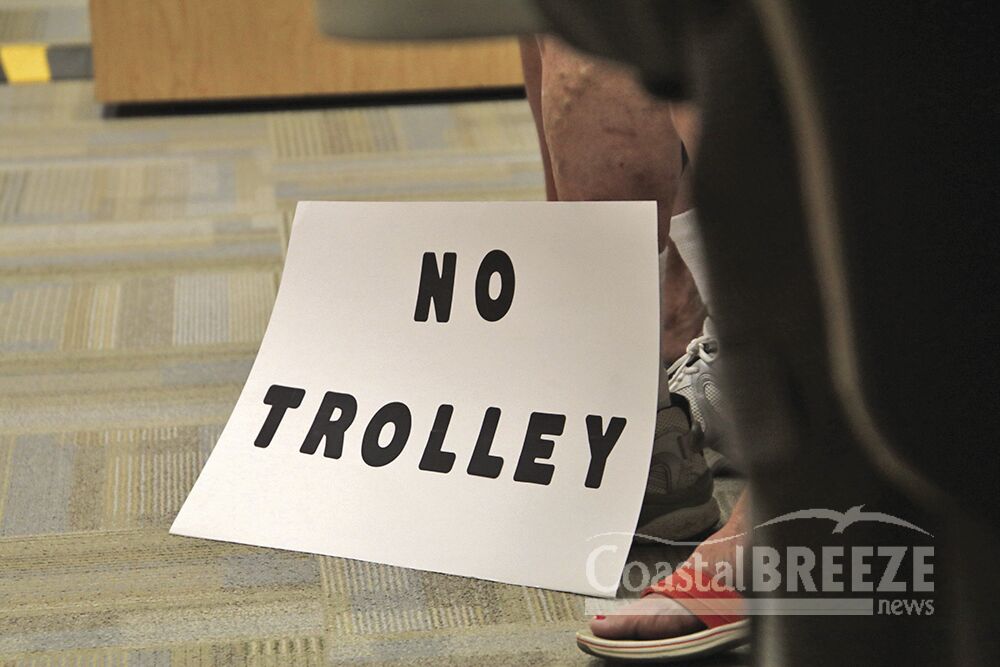 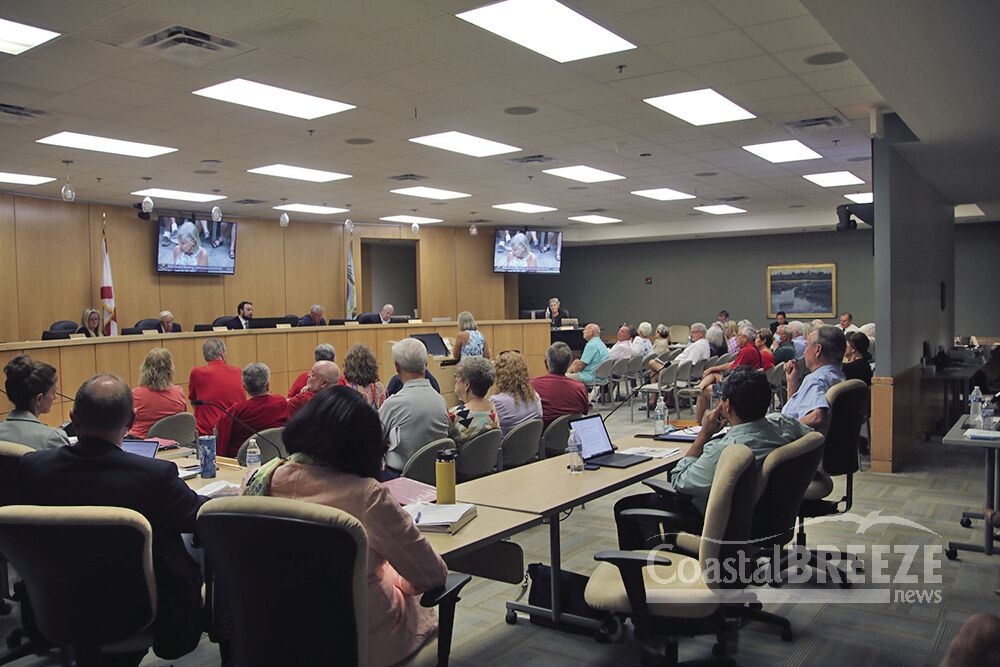 Emotions ran high within council chambers on Monday evening as the Collier County Transportation staff came forward to make a presentation to the Marco City Council. That presentation was done in part due to interest shown by various Marco Island civic organizations in having the county’s public bus service provide more services to island citizens and visitors.

Two years ago, during efforts to create a Strategic Plan for the island to lay out a vision for the city through 2034, the community came together to discuss challenges and opportunities to deal with issues as the city moved forward. One of the items discussed included challenges facing the community with regard to transportation needs during the next ten to fifteen years as the city deals with the impact of increasing traffic.

The city’s Ad Hoc Parking Solutions Committee also discussed similar concerns during their 25-plus public meetings over a two-and-a-half-year period. In its final report to council, the committee discussed leveraging the resources afforded to the island by concentrating an effort by the Collier Area Transportation Authority to improve their services to the island. This would be done by the creation of a type of “collector route” for island residents and visitors to help alleviate limited parking availability, while providing an ease of access to local restaurants, shops and other services by those living or visiting the island.

On Monday evening, council chambers overflowed into the lobby of the city’s community room as residents came forward to give their opinions regarding the issue. The crowd was visibly agitated and confused regarding the perception that the flood gates would be opened to another crush of beach goers using a “trojan horse” in the form of a Collier County Trolley. Some spoke to the effects of the overrunning of the island’s pristine beaches as a result of the closing of community beaches on the east coast during the Covid-19 Pandemic last year.

Attempts by speakers such as Dianna Dohm, Executive Director of the Marco Chamber of Commerce, and other civic leaders did not quell the fires of discontent amongst the crowd.

Even Councilors Erik Brechnitz and Greg Folley attempted to quell the fears of residents by explaining the council had voted to take the idea out of the newly adopted Comprehensive Plan. Councilman Brechnitz inquired of Michelle Arnold, the Director of Public Transit and Neighborhood Enhancement (PTNE), whether the city could request cancelation of the proposed “trial-run” of the trolley in December, to which she replied a resounding “yes”.

One after another, the speakers came to the podium to question the genesis of the request for the trolley and to request that the project be shelved. The Chairman of the Ad Hoc Parking Solutions Committee, Robert Cholka, came forward and explained the process that committee followed and its subsequent report to the city council.

Councilor Claire Babrowski agreed with both Brechnitz and Folley. “Our opinions are not as important as those of our citizens. It is important to not put out a product that your target market doesn’t want,” she said. Babrowski went on to comment that sometime in the future a well thought out plan to provide for some type of a seasonal circulator may have some merit, but not now.

However, not all councilors shared their colleagues’ negative feelings regarding the trolley initiative. Councilors Rich Blonna, Becky Irwin and Chairman Jared Grifoni voted against the motion to shelve the plans for the trolley for the island. Vice-Chair Folley, along with Councilors Brechnitz, Rola and Babrowski voted to request the county withdraw their plans for a two-day trial in December and advise the county they had no interest in moving forward regarding a trolley.