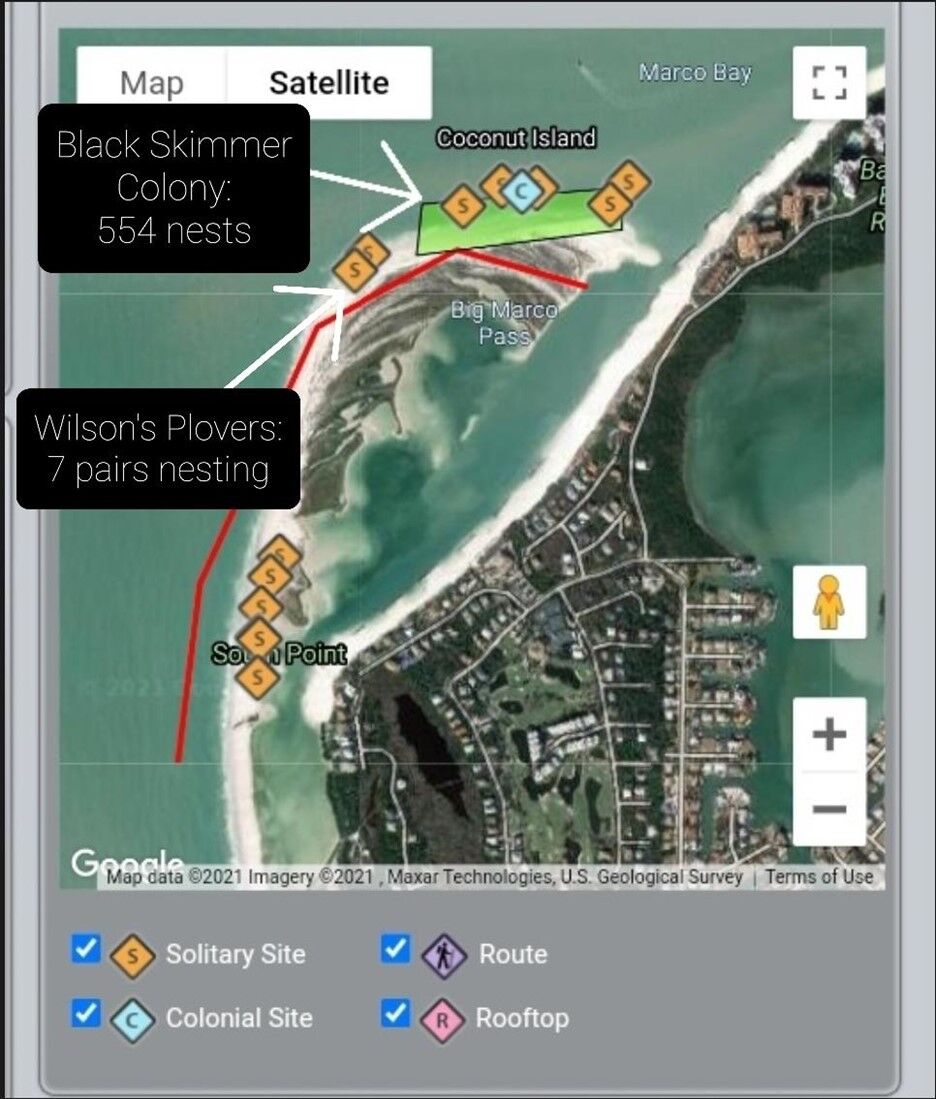 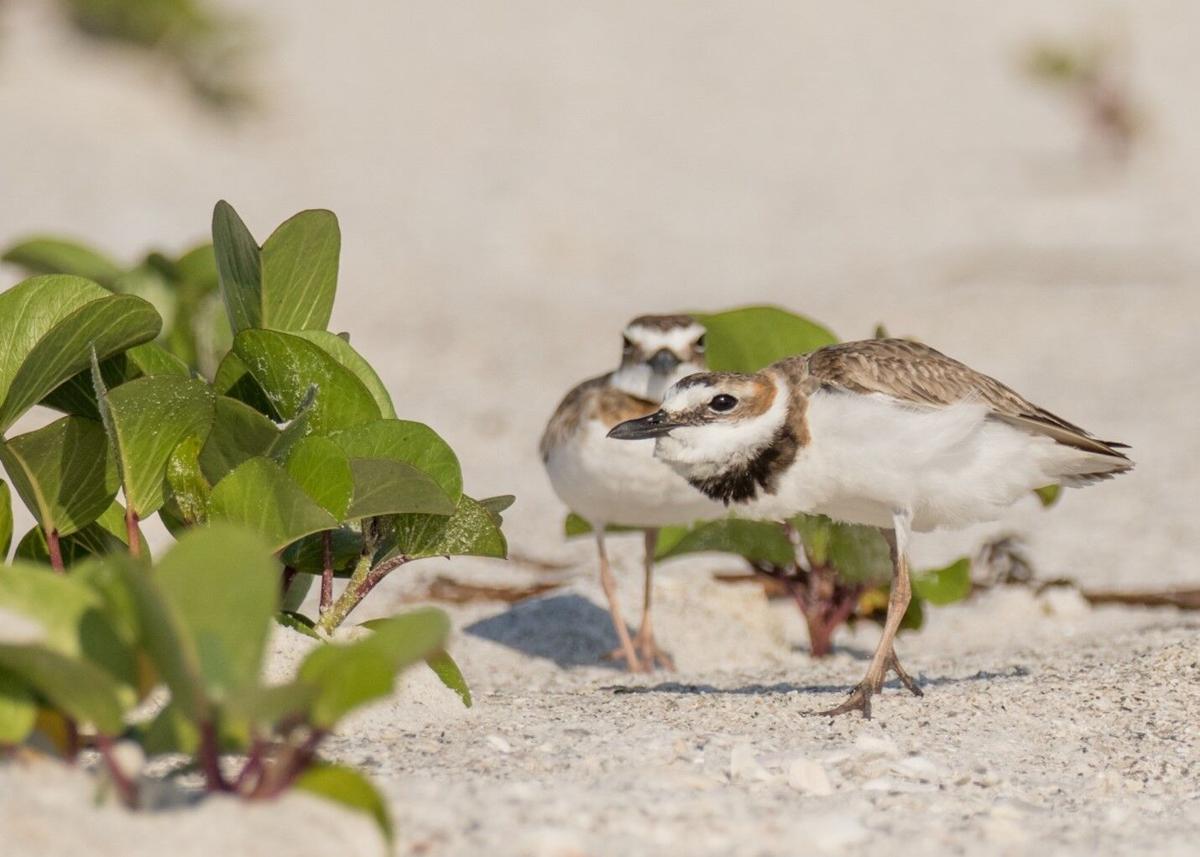 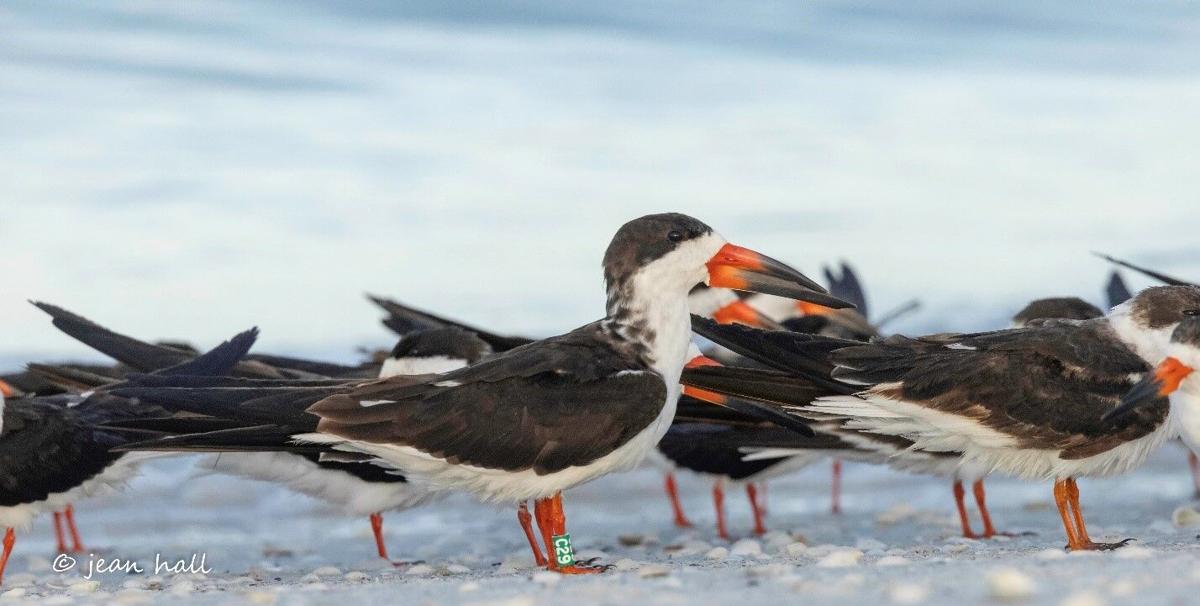 Black Skimmer colony at the northern tip of Sand Dollar Island in 2021. This project will push these imperiled birds closer to the precipice. 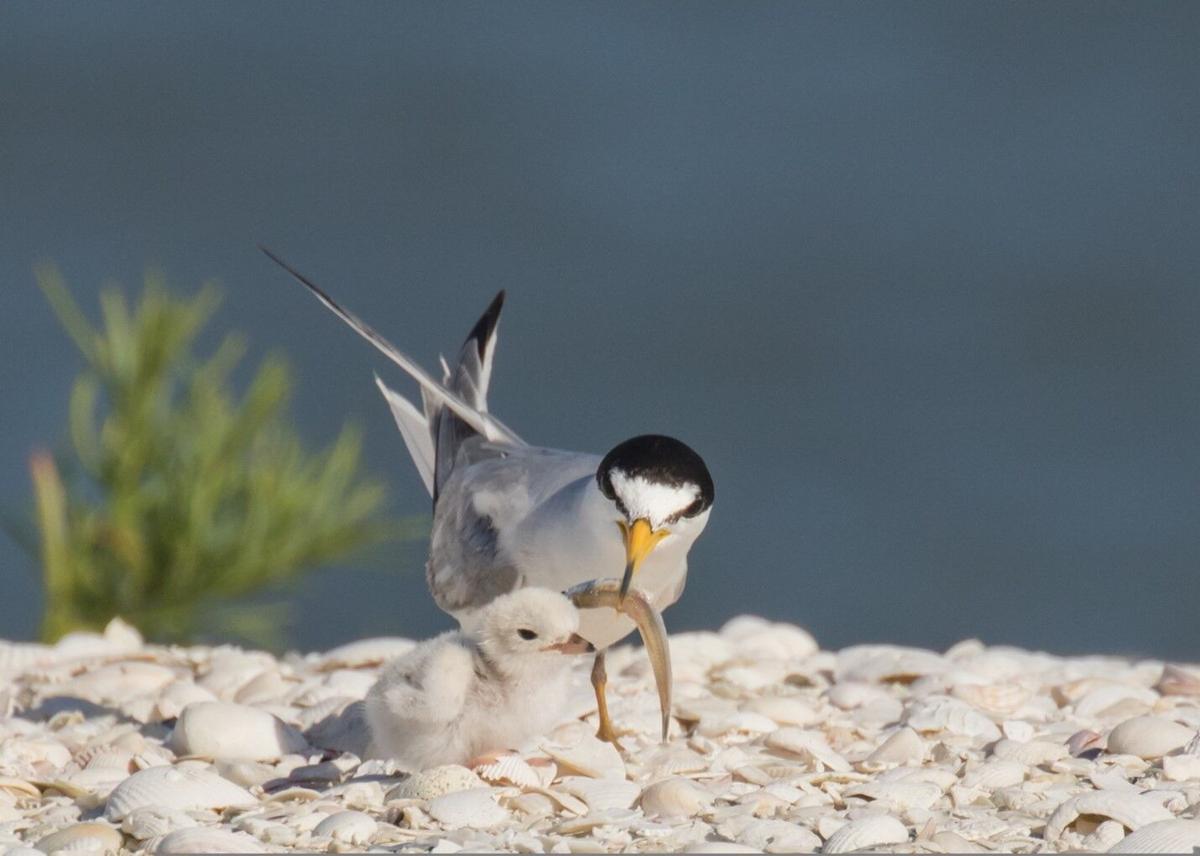 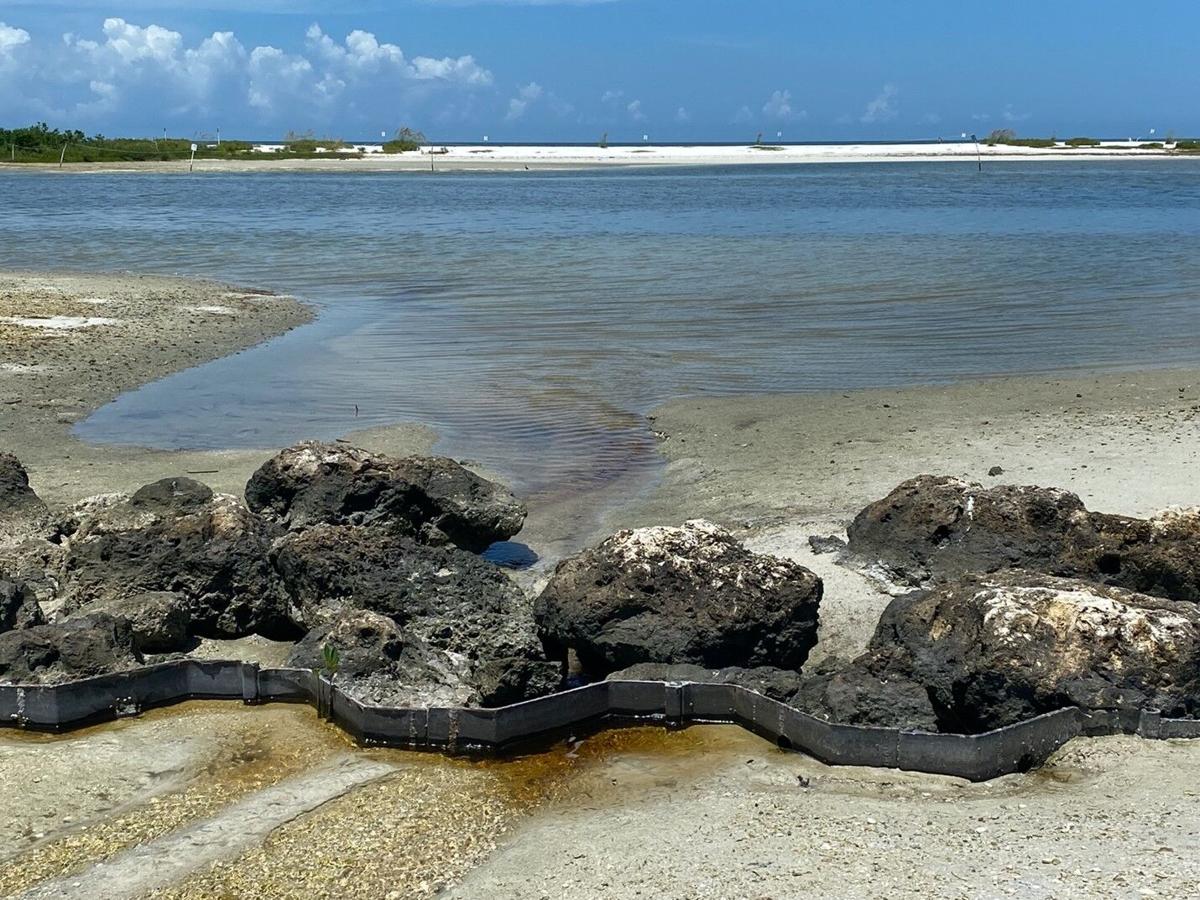 Proposed plan suggests it will reduce existing water quality problems. Audubon proposes a more robust monitoring of all drainage or outfalls into the lagoon. 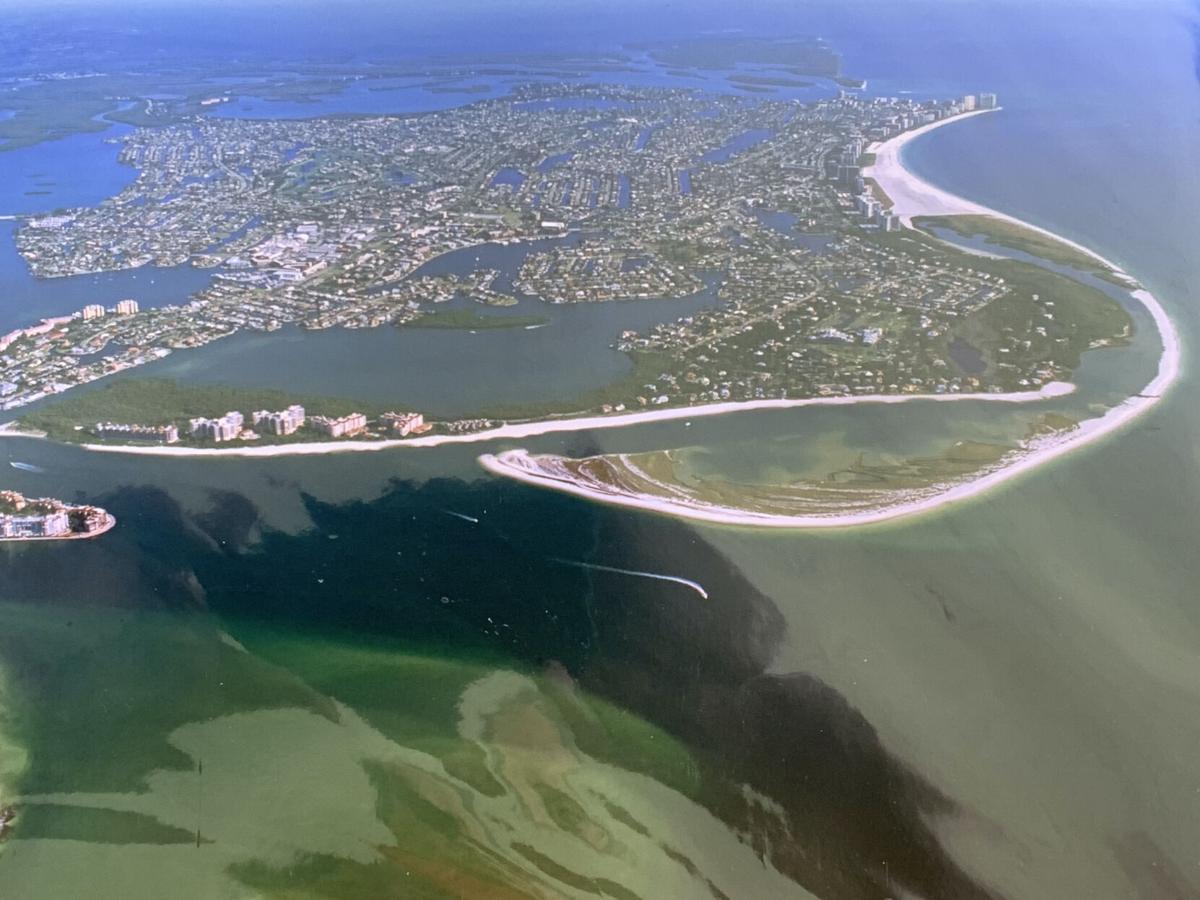 Sand Dollar Island. The sand bar has enclosed the beach and has formed the Tigertail Lagoon. The Marco River flows directly into the ocean and the channel to the South has closed up

Black Skimmer colony at the northern tip of Sand Dollar Island in 2021. This project will push these imperiled birds closer to the precipice.

Proposed plan suggests it will reduce existing water quality problems. Audubon proposes a more robust monitoring of all drainage or outfalls into the lagoon.

Sand Dollar Island. The sand bar has enclosed the beach and has formed the Tigertail Lagoon. The Marco River flows directly into the ocean and the channel to the South has closed up

The City of Marco Island recently applied for a grant for a project called Tigertail Lagoon/Sand Dollar Island Ecosystem Restoration for consideration under the Florida DEP Protecting Florida Together Program.

According to the City’s application, the project is supposed to address “vulnerability to storm damages and establish a sustainable natural based resilient barrier system to preserve wildlife habitat and protect upland communities; improve the resiliency of the ecosystem, reduce the risks of flooding and establish a natural based adaptation plan for sea level rise; maintain and improve water quality for wildlife and public health safety and regional sand management cycle to reduce inlet shoaling and supply sand for the resiliency berm.”

Audubon, Florida has intimate knowledge of the coastal ecosystem of Sand Dollar Island as managers of long-term nesting and wintering shorebirds and seabird stewardship and research programs. They recognize the changing nature of this dynamic system and its complex consequences for both wildlife and human communities.

There are several facets in the proposed project that Audubon is comfortable with but there are also areas of great concern.

Dredging components: Removal of 6.4 acres of habitat at the northern tip, which is within the Rookery Bay National Estuarine Research Reserve and a Critical Wildlife Area. The stated purpose of the dredge is to create a sand trap. The area to be removed includes 3.9 acres of non-vegetated beach habitat that is used annually by imperiled beach nesting birds such as black skimmers, Least Terms and Wilson’s Plovers. The Black Skimmers are state threatened.  The vegetated beach area of 2.5 acres are currently used by Wilson’s Plovers for nesting and is part of the 6.4 acres to be dredged. Audubon opposes the dredging of vegetated and non-vegetated land at the northern tip of Sand Dollar Island as it harms existing vital habitats.  Audubon biologists believe that there is NO functional replacement for this loss.

Black Skimmers nesting area would be heavily impacted by this proposed sand trap dredging.  The Audubon would like the applicant to consider dredging a sand trap on the northwest side of the extended Tigertail Lagoon mouth dredge cut, without removing any existing beach habitat.

Jean Hall, a shorebird steward for Audubon for the last eight years, is extremely dismayed that the City of Marco Island and Hideaway Beach Association would consider removing the ONLY viable nesting territory in Collier for a state threatened species.

Audubon is also opposed to the planned reconstruction of a dune and beach in Zones 2 and 3 of Tigertail lagoon to replace the nesting functions of the dredged 6.4 acres at the northern tip. They view these zones as NOT ecologically or structurally equivalent or superior habitat.

Audubon is not in favor of the dredging of a “distribution channel” southwest of the borrow area extension as it will degrade mudflats or seagrass beds. It appears that this tidal flushing action goes right through current seagrass beds so it is not clear that impacts can be avoided even with “hand tool dredging”.

Water Quality Issues: The proposed plan suggests its strategies will reduce existing and future water quality problems, based on the assertion that the Gulf waters are cleaner than the lagoon water. Audubon recommends addressing current water quality problems in Tigertail Lagoon with robust monitoring of all drainage or outfalls and tidal inputs, identifying sources of pollutants and immediate investigation of wildlife die-offs.

According to Brad Cornell, Policy Director of Audubon of the Western Everglades, this summer’s die-off of skimmers at Sand Dollar Island is troubling and underscores the importance of monitoring water quality and investigating sources of water pollution or infections in wildlife or humans.

Audubon, Florida supports the dredging at the mouth of Tigertail Lagoon; and even the hand dredging of the middle lagoon provided these actions do not sacrifice the importance of the estuary such as low tide mudflats, sea grass beds and nesting bird habitat.

The City of Marco Island awaits the result of their permit and grant application for the Dredging of Tigertail Lagoon.

Thank you Maria Lamb for keeping Marco Islanders informed about possible actions our City Council is proposing regarding the natural, northern portion of the Marco beach, also know as Sand Dollar Island. This treasured, natural side of our Island is very important and needs to be protected.

To Marco Island City Council: Please don't destroy the nesting habitat of Black Skimmers, Least Terns and Wilson's Plovers. Since this is a Critical Wildlife Area, what you are proposing should be reviewed by wildlife experts like Audubon Florida and their input should be recognized. If Audubon Florida thinks dredging and then dumping dredged sand will destroy threatened nesting habitats, you should pay attention and not do it.

Why not just dredge the mouth of Tigertail Lagoon, as proposed by Audubon Florida and leave the important mudflats, sea grass beds and bird nesting habitats alone?

Please represent and protect all inhabitants of Marco - including our state threatened avian residents.