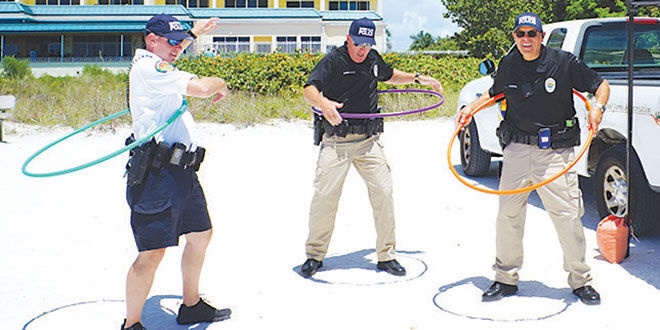 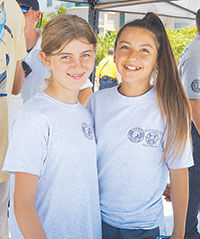 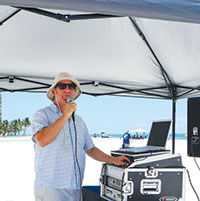 Staying cool under the tent at the Teen Beach Bash.

The countdown is over, summer is here!

“Every year we celebrate the beginning of summer,” said Lola Dial, Teen Center Recreation Leader for the City of Marco Island.

us that in the past the number of teens attending had declined because the event took place on the last day of school, coinciding with eighth grade graduation preparations. She said they needed to “try something new” this year, so they changed the party date to Saturday, May 30. For most of the kids, school ends on Wednesday, June 3.

'A private matter': Biden on US Catholic bishops' potential rebuke

Ted Cruz: Critical race theory is as racist as Klansmen

Attendance was lower than hoped for, but the kids (and

adults) who attended still had fun. Most of the kids who came stayed cool in the water.

Kelsey Cashin, enjoyed the pizza. Susan attended last year’s party as well. They both danced and swam. They say they are looking forward to starting eighth grade at MICMS in the fall.

Entertainment Source DJ Chris Hogenson played popular dance songs by Iggy Azalea and Cupid, among others. Lola and Samantha jumped in with two of the girls for the Cupid Shuffle. The new police beach patrol jeep was there, as well as a few Marco Island officers and firemen. Everyone enjoyed the officers’ demonstration of the hula hoops.