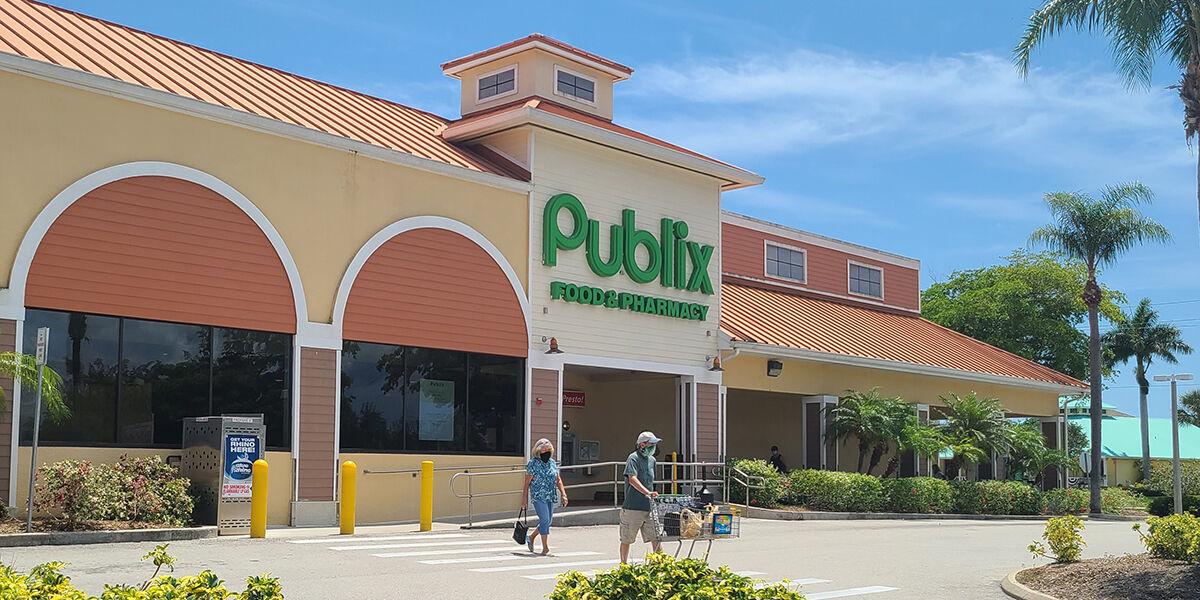 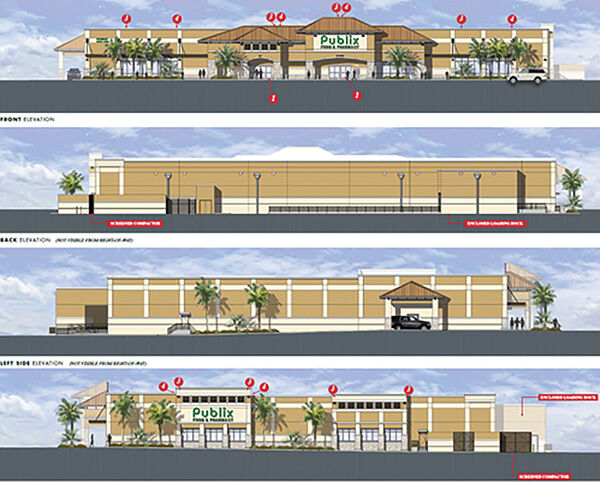 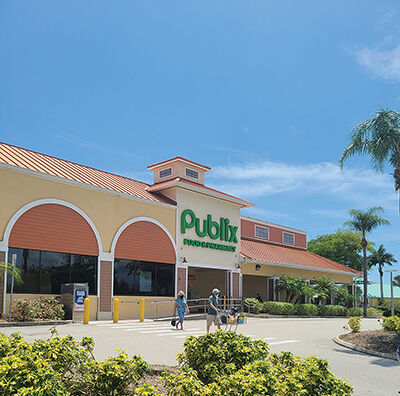 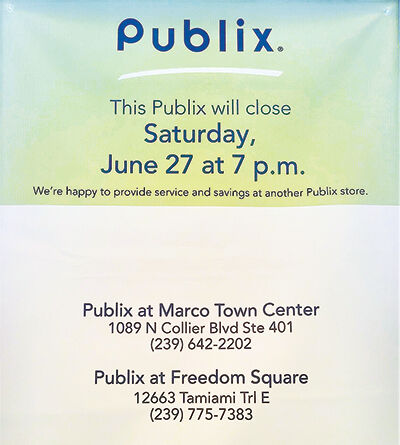 One of the most anticipated projects on the island has nothing to do with a new high rise on the beach, the build–out of Veterans Community Park or a new fire station. Instead, islanders are anxiously awaiting the demolition and rebuild of the Publix Super Market at the intersection of Barfield and San Marco Road.

The end of a nostalgic era will be marked at 7 PM on June 27th, when the old store will close for the final time and demolition begins to make way for an all-new state of the art facility that will take its place in the Shops of Marco Plaza on Marco Island. The building which dates back several decades has been a mainstay for shoppers for many years. Affectionately known as the “Big” Publix, it will become the much “Bigger” Publix when completed. It will grow by approximately 10,000 square feet to 48,000 square feet to meet the island’s growing needs.

Publix Super Markets, headquartered in Lakeland, Florida was founded in 1930 by George Jenkins and is a privately held corporation owned by past and present-day employees and members of the Jenkins family. It boasts 1243 stores and over 200,000 employees, with locations in Florida, Georgia, Alabama, South Carolina, Tennessee, North Carolina and Virginia, with Florida boasting the highest number of stores with 809 facilities and continues to grow throughout the Southeast United States.

The new facility to be built on the present site will follow the blueprint of several other stores undergoing similar rebuilds throughout Florida, taking advantage of extensive planning to improve the customer experience and take advantage of a changing demographic of needs for its customer base.

While construction is ongoing at the site, all other retail and service outlets will remain open. Many of the other retailers in the plaza, which is owned by Publix itself are excited about the new changes being planned. Bill and Debra Schroeder see it as a big advantage moving forward. The Schroeder’s own the Salon and Spa Botanica within the Shops of Marco Plaza. “We see it as a big plus for us and all the other tenants, as a facelift will be given to all our stores in the plaza as part of this renovation,” said Bill Schroeder

Mike Held, owner of Keep in Touch, another retail outlet within the plaza agrees as he stated, “We also serve as a sub-station for the local Post Office as well as a retail outlet for cards, gifts and other items. We enjoy a steady flow of customers who are always asking about ‘when’ the changes will be coming and they too are excited about the improvements.”

You might think that a grocery operation just involves a big building with shelves packed with items for sale within it, but a lot of planning for customer flow and strategic placement of those products being sold has become more of a science in today’s competitive world of retail. An example of that planning that will take place within this new store will find the deli placed in the middle of the store to facilitate better flows and visibility of products to shoppers.

Changes in buying habits, such as the demand for more fully prepared meals to go has become a popular item for companies such as Publix. The layout of new stores has to take that into consideration or lose out to the competition.

One of the other popular features of the new store will be a drive-thru pharmacy experience for those taking advantage of the in-store pharmacy for customers. Neither the smaller Publix in Town Center Plaza nor the Winn-Dixie Grocery offers that convenience. The smaller Publix has recently modified its floor plan to allow for the opening of a new pharmacy within its facility to meet the needs of existing Publix Pharmacy customers. This will fill that need while the larger facility is being constructed at the Shops of Marco Plaza.

Dianna Dohm, Executive Director of the Chamber of Commerce, was extremely excited about the new store as she said, “Publix is a great neighbor here within our community and we are very pleased that they would be making this huge investment within city. They are truly a ‘community partner’ when it comes to being involved in everything that happens on the island, as well as being a wonderful employer for so many.”

The actual build time is anticipated at running from 9-12 months, but that may be impacted by weather or other unseen events.

For more exciting news such as this and other breaking stories visit www.coastalbreezenews.com or visit our Facebook page to stay informed about this story and others in the Greater Marco Island Community.