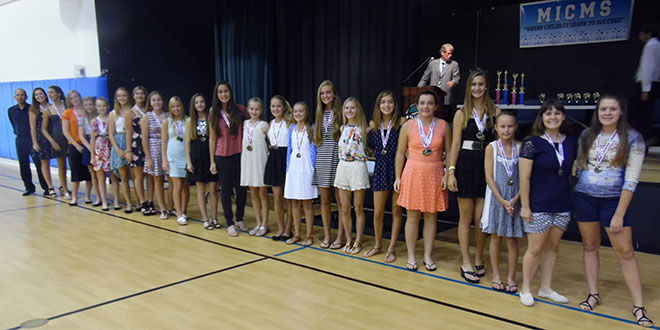 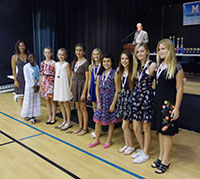 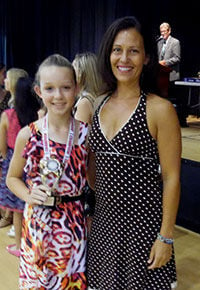 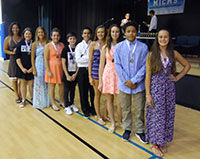 The Marco Island Charter Middle School Sports Awards night was again a celebration of student athletes on May 28.

The top four award-winning athletes are outstanding in the classroom as well.

The night’s top award, Student Athlete of the Year, was won by eighth graders Mickey Poling and Teagan Havemeier.

“His work in the classroom has been excellent. He is ready to soar into his new challenges (in high school), said Athletic Director Roger Raymond.

His sister, Rosie, won the award two years ago.

Poling was happy to win the award,

“With my sister having such success, I felt maybe I could do

this as well,” he said. “There were a lot of athletes deserving of the award, it is an honor.”

Havemeier’s GPA is a perfect 4.0. She played cross country, soccer, cheer and track.

“Her future is bright as she heads to the new adventure high school will present,” Raymond said.

Havemeier said, “This has been a goal since sixth grade, to do as many sports to win the award. It was kind of a hope. I couldn’t be happier

Reisinger stood out in football, basketball and track.

“He has played in many tense situations and displayed a calm demeanor, while also playing on successful teams outside the school,” Raymond said. “It is difficult to maintain high academic standards while doing all these things, yet he has been able to achieve a 3.7 GPA.”

said “(Poelstra) This young lady has displayed the characteristics to win this award, having been an excellent team member.”

She competed in cross country, soccer and track. Her effort in the classroom has produced a 4.0 GPA.

“Mickey Mendel would have loved her effort,” Raymond said. “She has been a joy to coach.”

Each team was recognized, with each having its top student athlete.

They included, in the order they were introduced:

In his 17th year as athletic director, Raymond said, “Marco Island Charter Middle School is the premiere middle school in Southwest Florida. The way they perform, how they carry themselves, is a credit to coaches, staff and is a tribute to their families.”