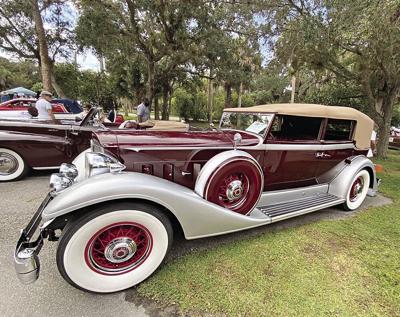 It’s hard to imagine a more beautiful setting than the one that greeted attendees to Saturday's Classic Car Show at Rookery Bay. The Rookery Bay Environmental Learning Center parking lot and grounds provided a stunning backdrop for the 120 classic cars that were carefully placed amidst its natural beauty. 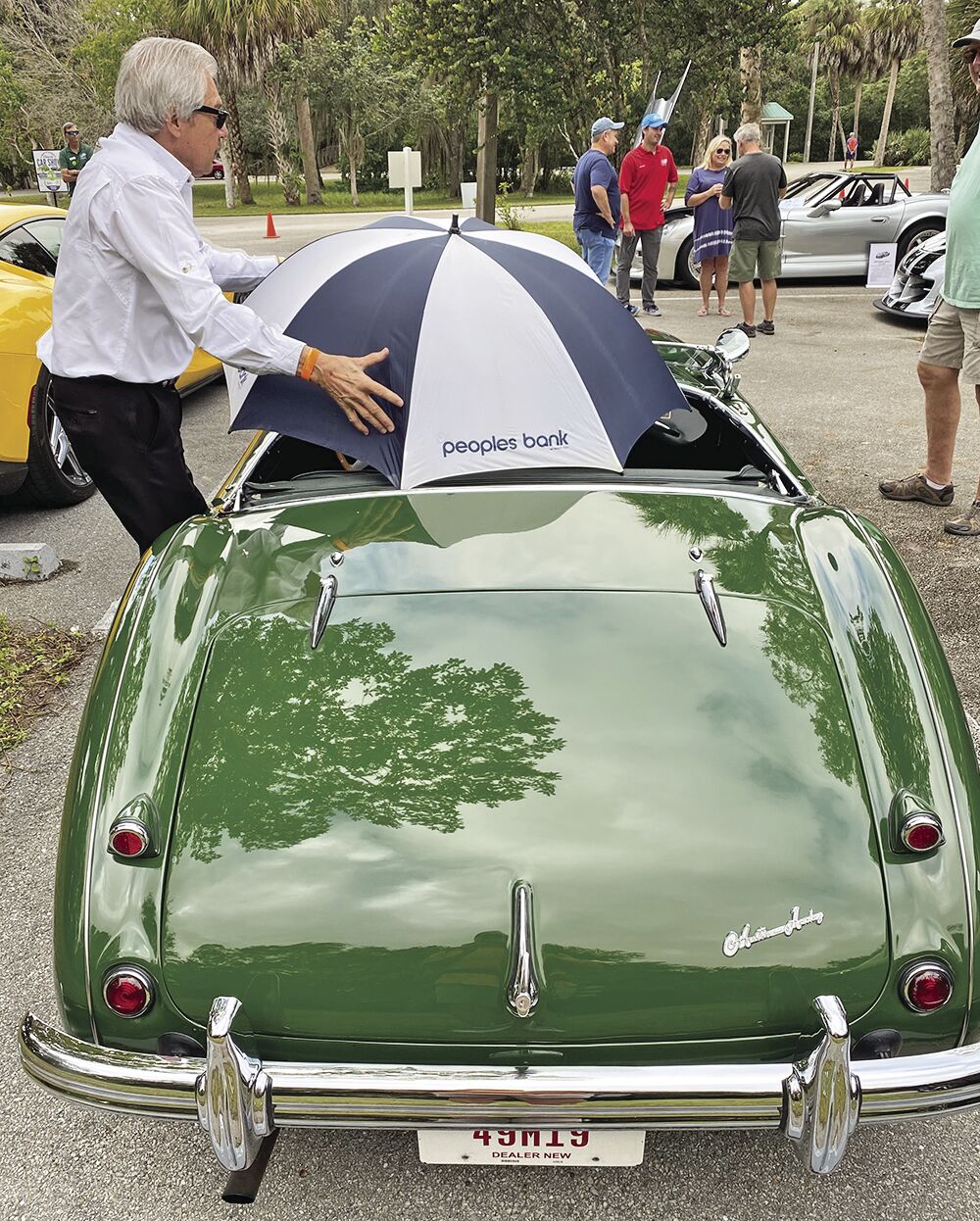 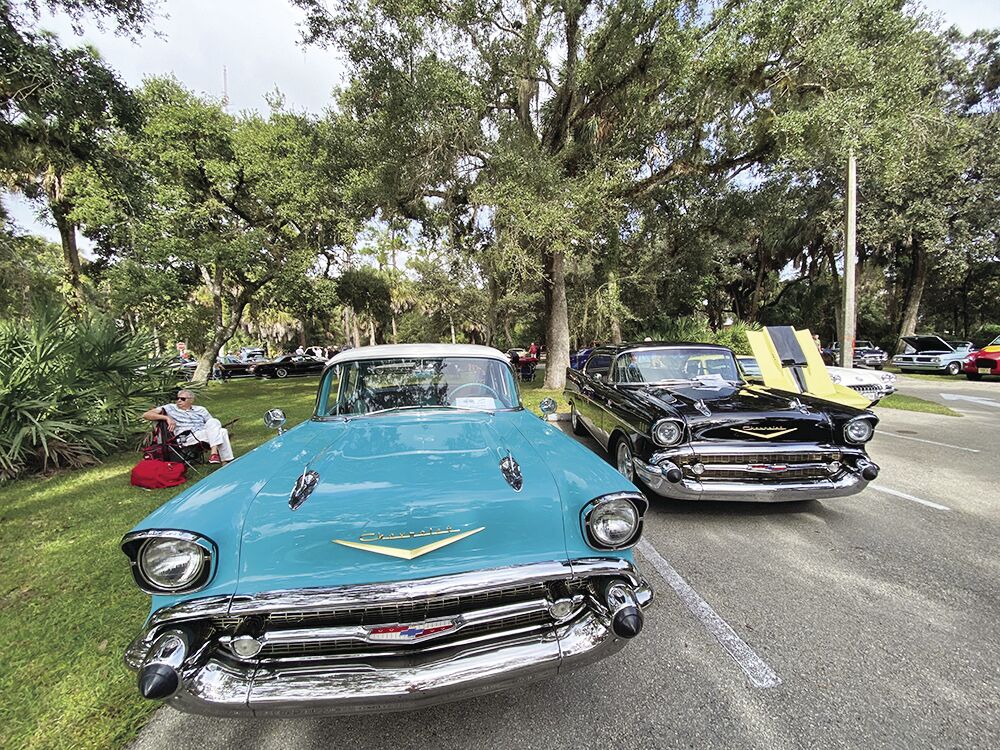 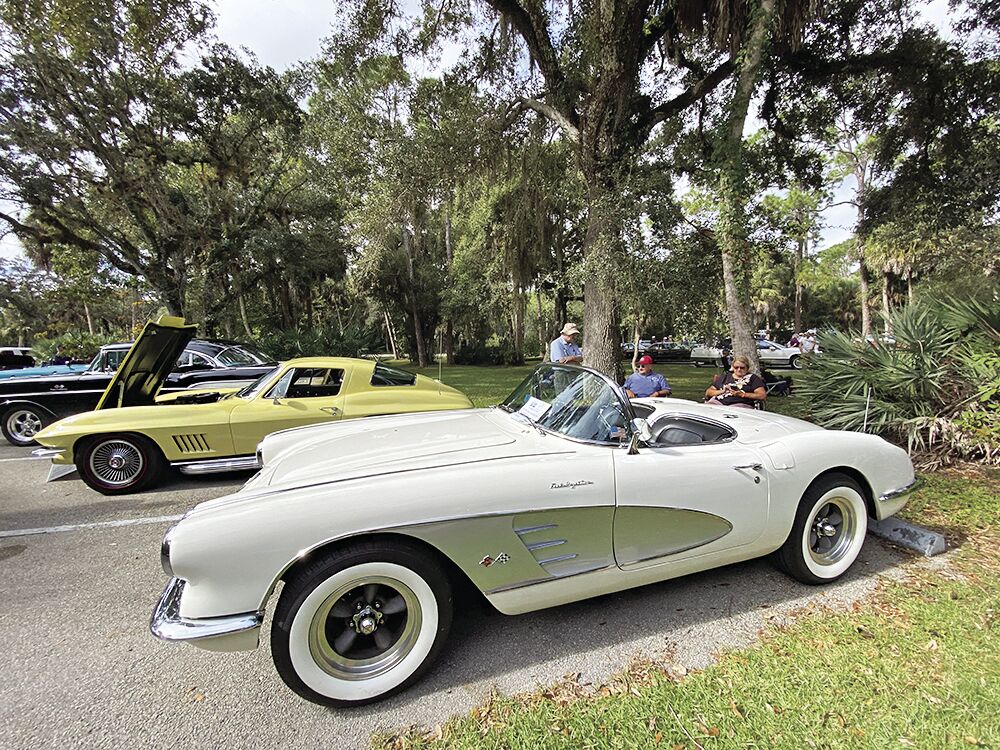 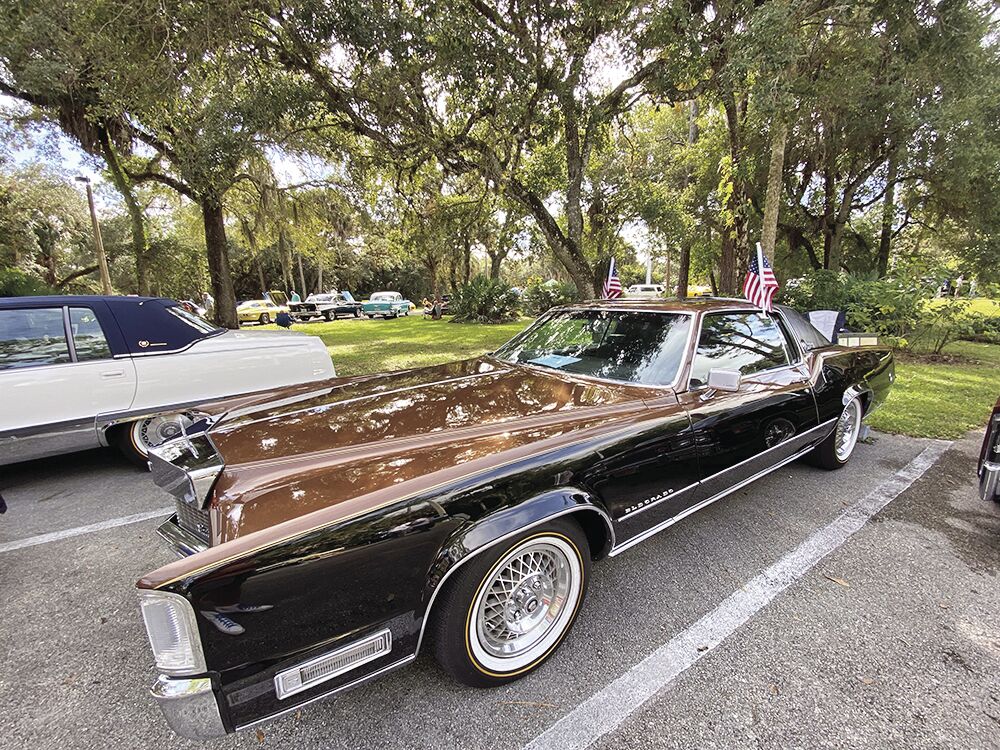 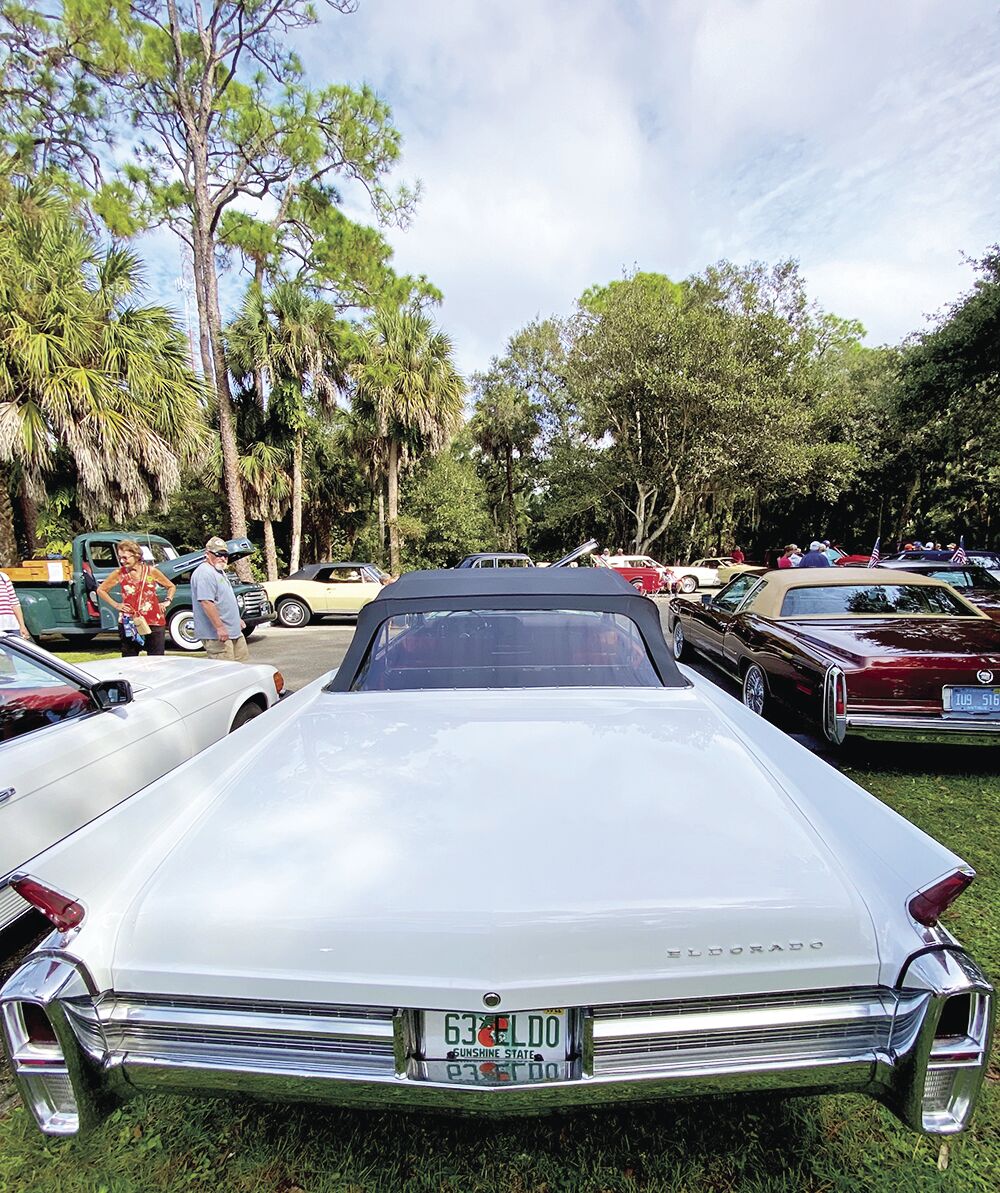 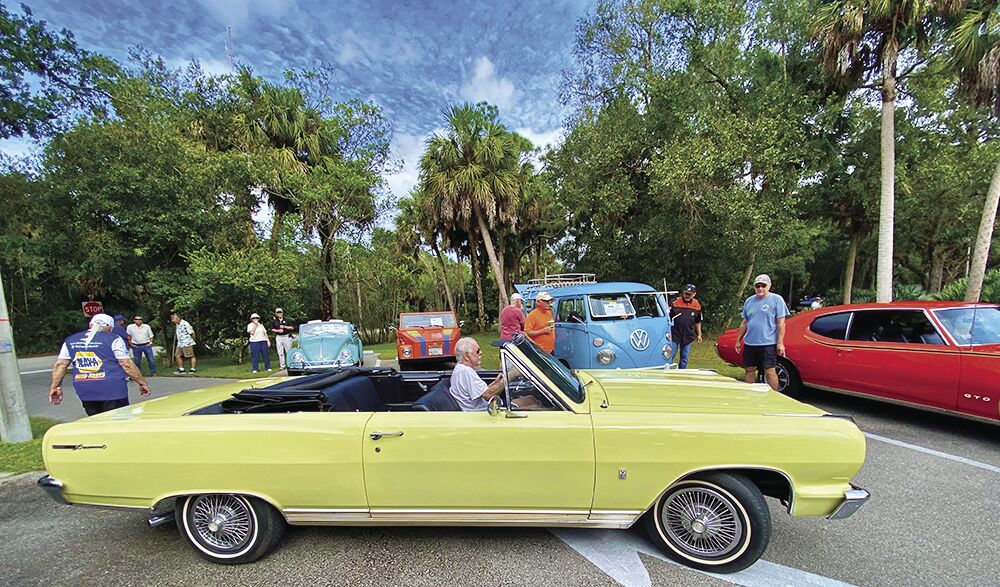 Rookery Bay provides a picturesque setting for a car show. 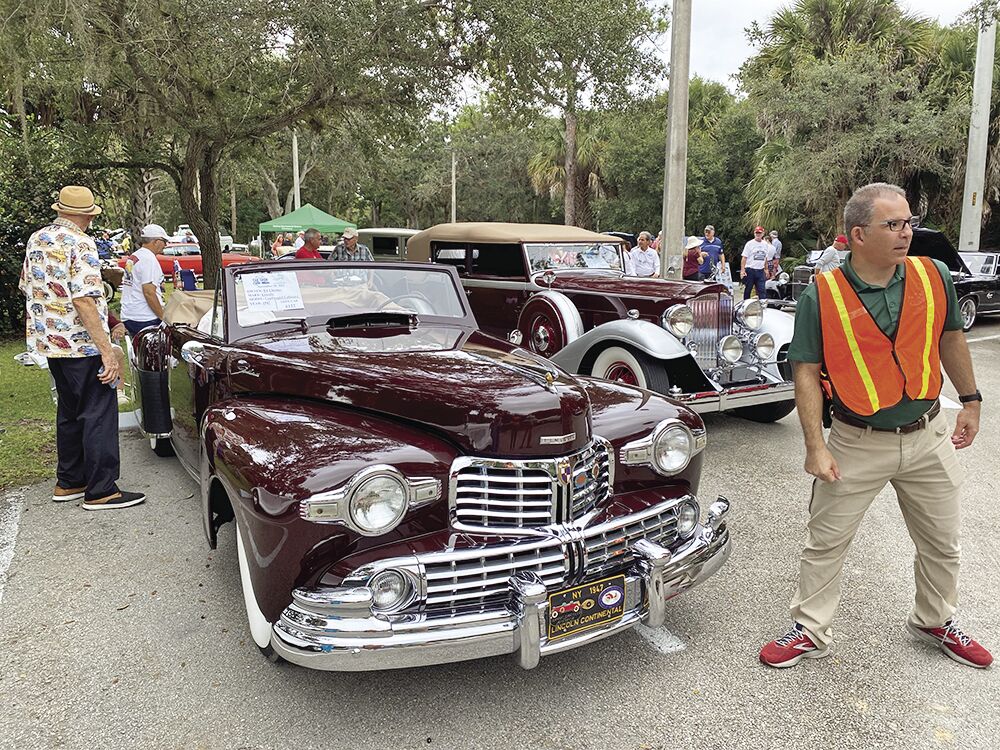 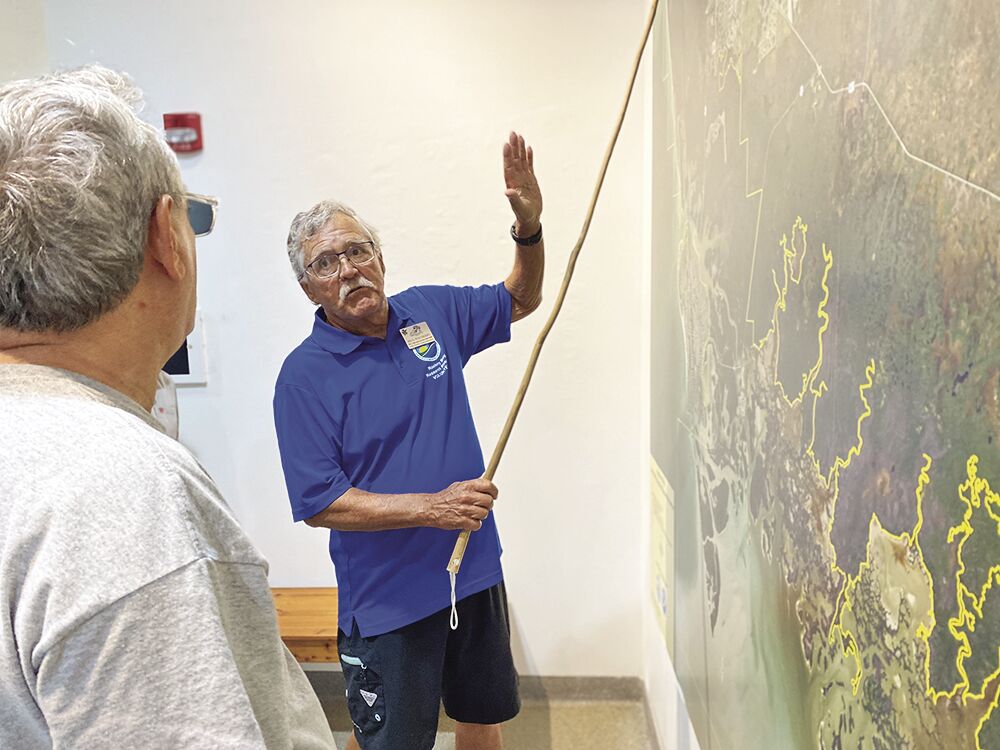 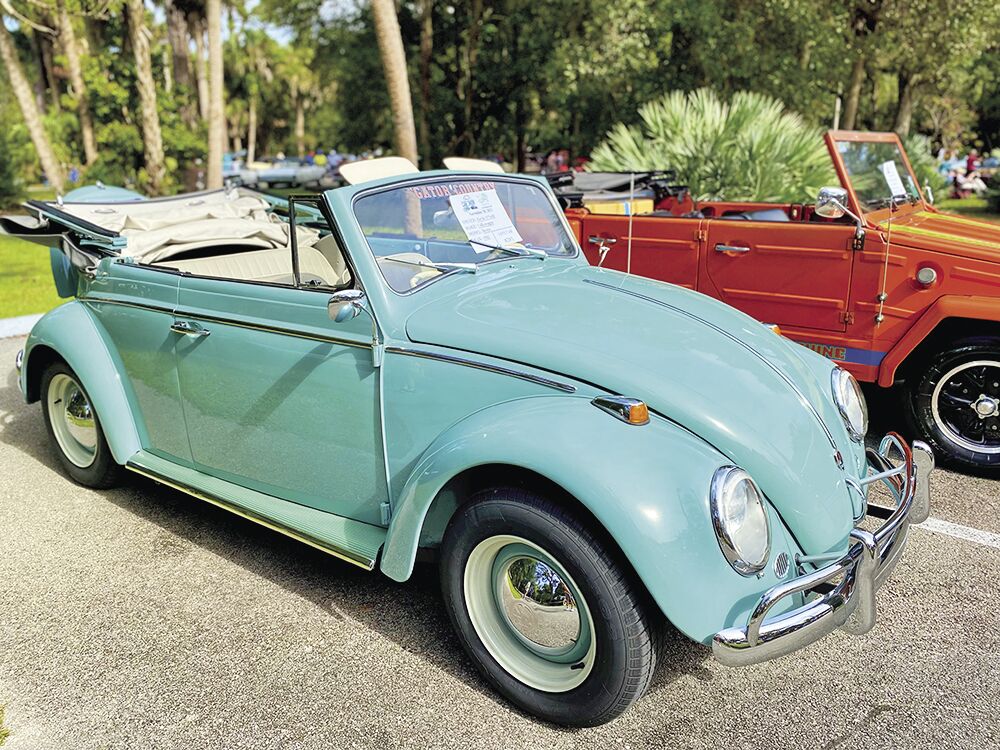 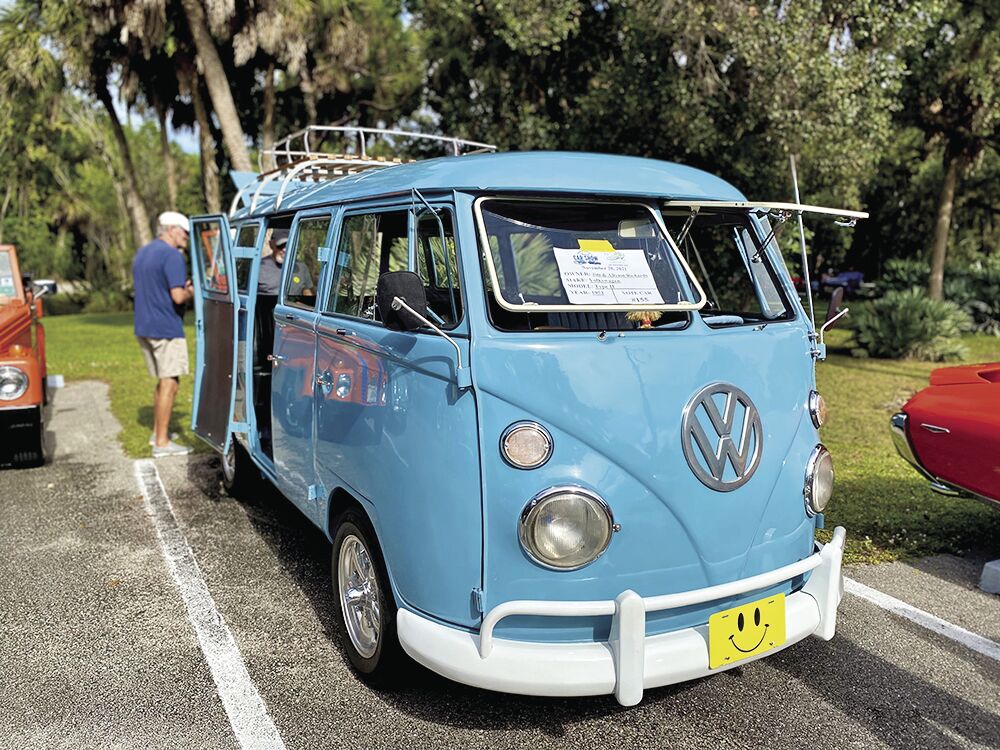 “We had a beautiful turnout,” said Alyssa Baumer, event organizer. “The weather started off nice and cool; got a little rain, but nothing too major.”

The event is sponsored by Island Automotive. All proceeds go to Rookery Bay. 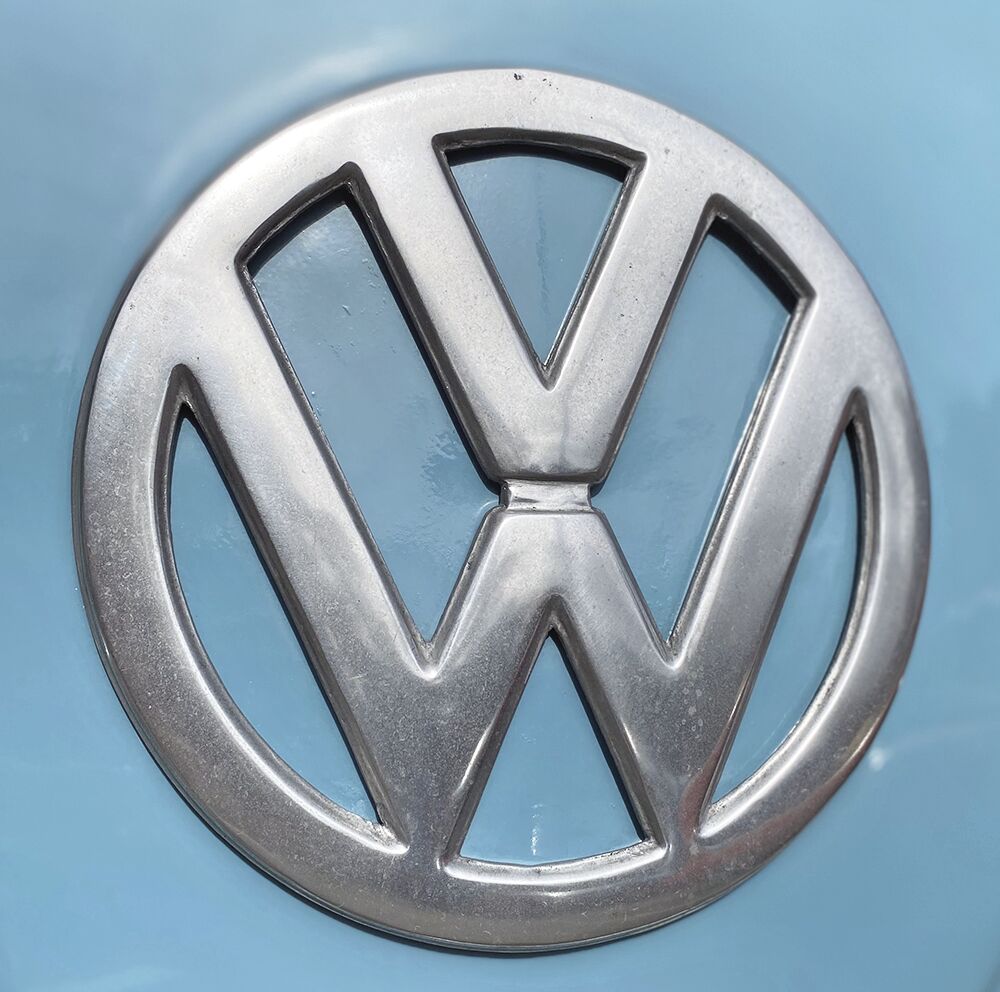 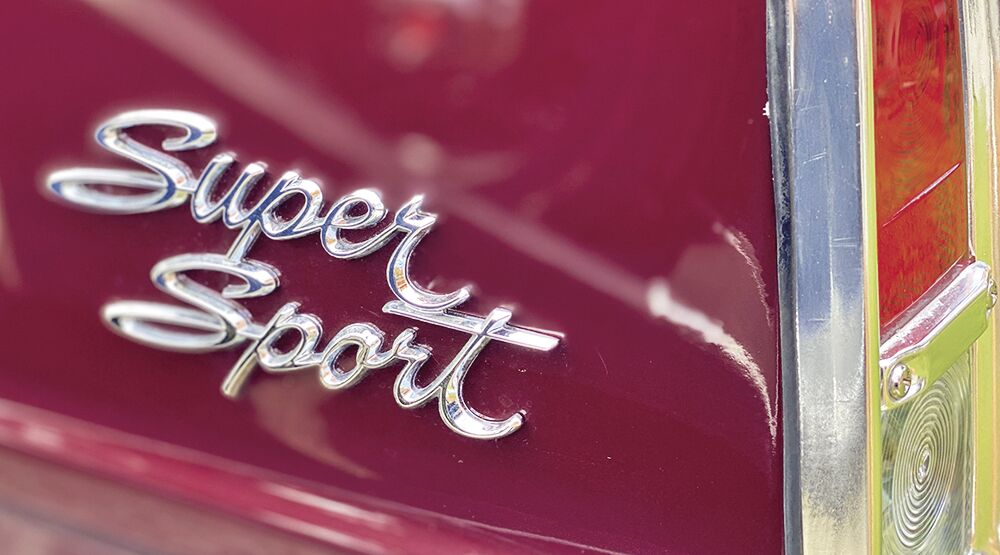 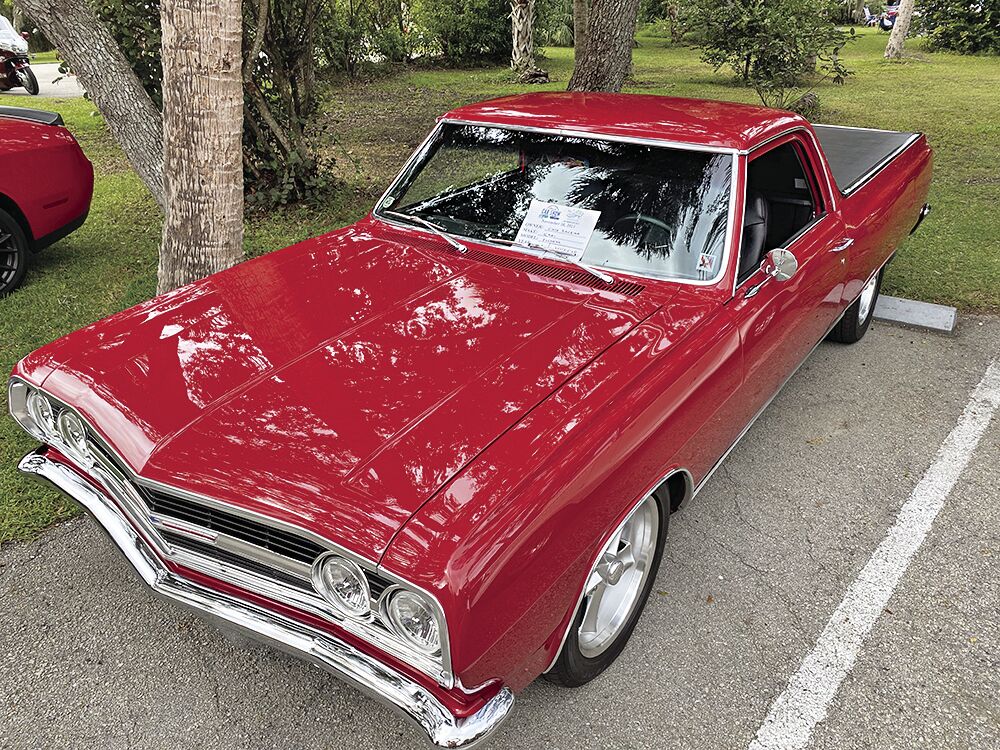 The emblem on Frank Perrucci’s 1957 Camaro.  “Everyone says this car is a survivor,” Perrucci said. 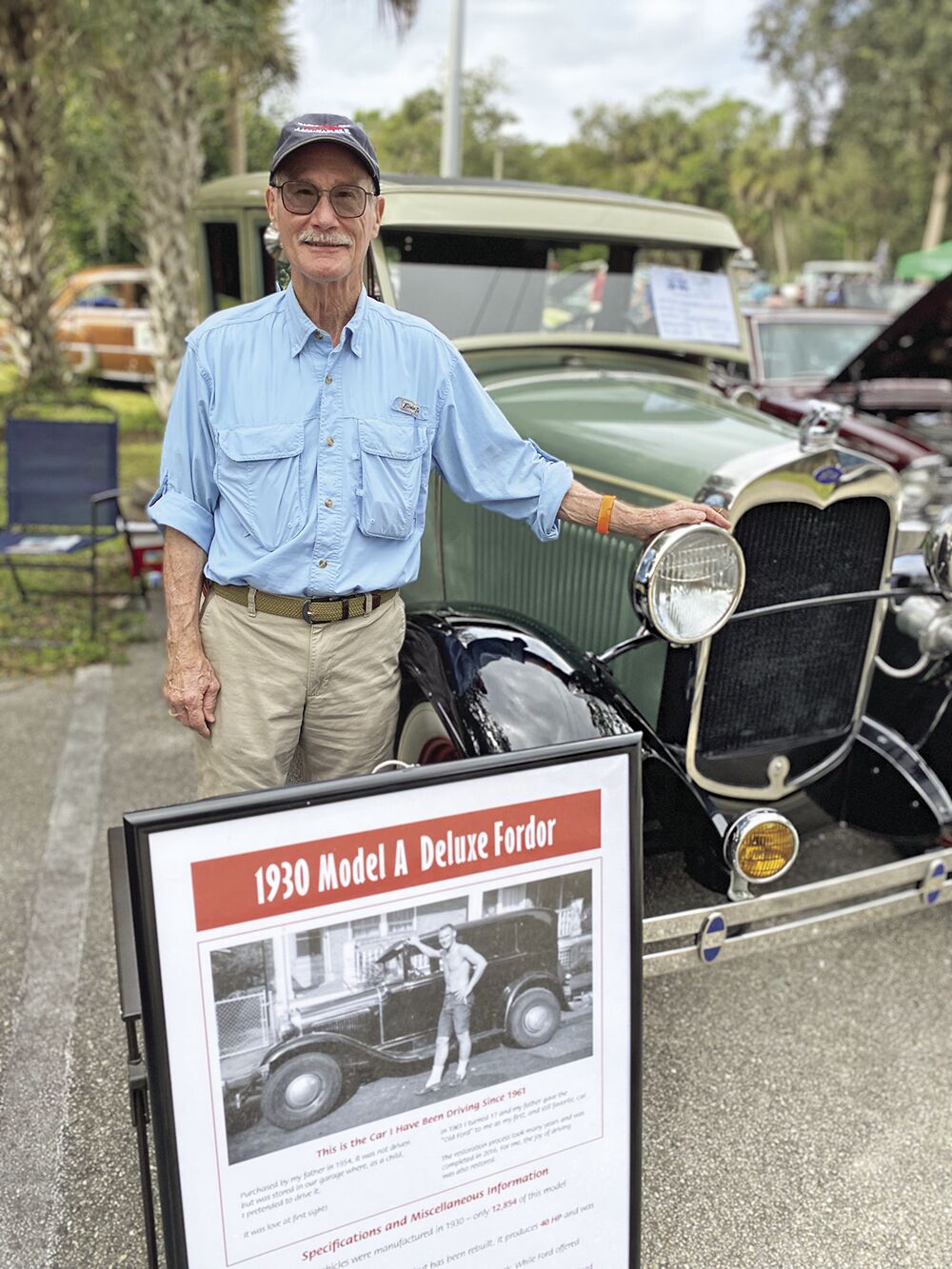 "We seem to have a lot of spectators,” Baumer said. "The environmental learning center is open this time. There’s been lots of activity in there.  Two food trucks. It’s a beautiful day.”

There was a large variety of cars on hand. But one make of car made a particularly strong showing.

“Lots of Corvettes,” Baumer said. "When I counted on Friday I had 19 Corvettes - that’s a lot. That’s pretty rare. The white 1959 is a beautiful Corvette. The orange Judge GTO is a very awesome car. Marco Police Department brought over their Challenger. Glad to have them out there. The chief is out there visiting with everyone, turning the lights and siren on and everything. A good attraction.”

“He put it in the garage and it stayed there,” Socey said. “I was a 10-year-old. From the first time I saw that car, I fell in love. It was all black, and I thought it looked like an Elliott Ness gangster car. When I turned 17, my dad asked me if I wanted to drive the car. I said yes. So I’ve been driving it since 1961.”

“About 15 years ago I decided to restore it,” he said. "I had it painted, and the restoration project was started.”

“I drive it a couple of times a week,” Socey said. "I still enjoy driving it. My wife enjoys it. It’s just a fun car to drive. It was completed about four to five years ago. For the mechanicals, I took it to Island Automotive, to Keith Pershing.”

Frank Perrucci couldn’t wait to buy his Camaro when the new model came out in 1967. But the amazing part is, Perrucci has been the car’s only owner. He likes the authenticity of a car that has not been restored.

“I was 22,” Perrucci said. “It was the first year introduction of the car. I had to have one. I went to the dealer and I said to the salesman, ‘Every time I say ‘I want’, I’d like you to keep a running total. Because I know I’m going to run out of money.' I wanted a Camaro, I wanted a convertible, a Rally Sport, which gives you extra trim. I wanted the bumblebee stripe, I wanted the concealed headlights. Even the hubcaps were an option. I wanted the larger hubcaps, I wanted the 327 engine. I wanted a four speed - and if I remember right it was $208 for a four speed. I said, ‘I’m out of money. Give me a three speed.' Never did I think the car would be with me 54 years later. For whatever reason, we’ve grown old together. It’s stayed with me."

Perrucci hasn’t changed anything about the car over the decades. 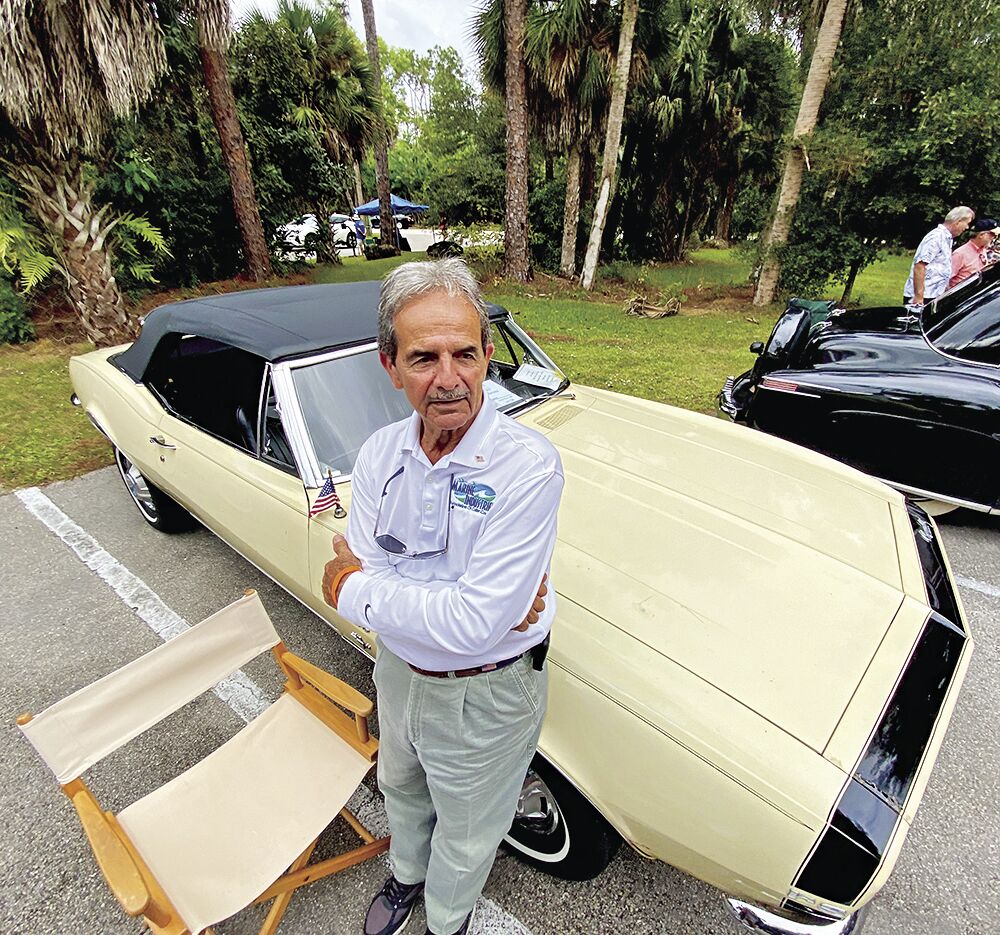 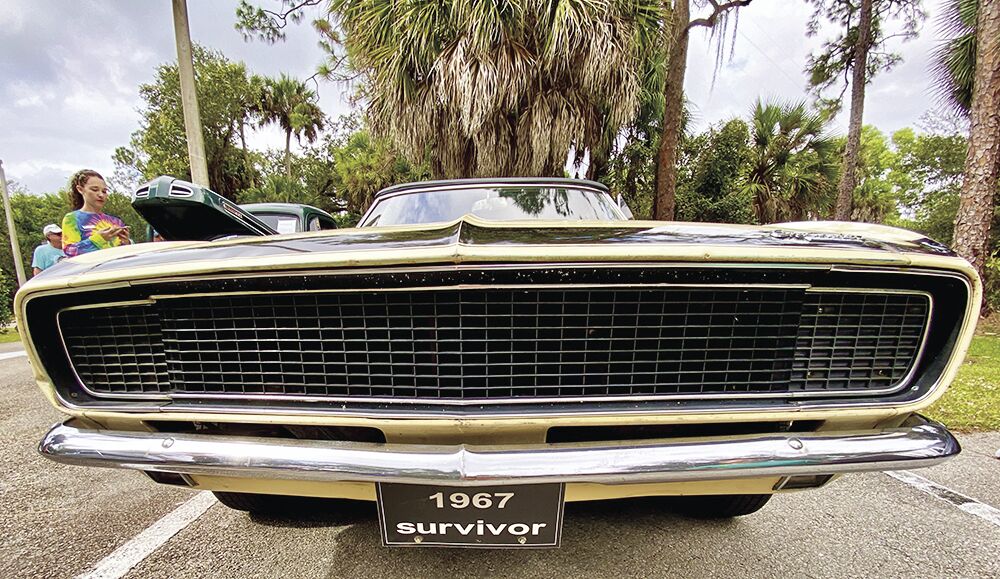 Frank Perrucci said people called his  1967 Camara a survivor so many times that he decided to have this license plate created. 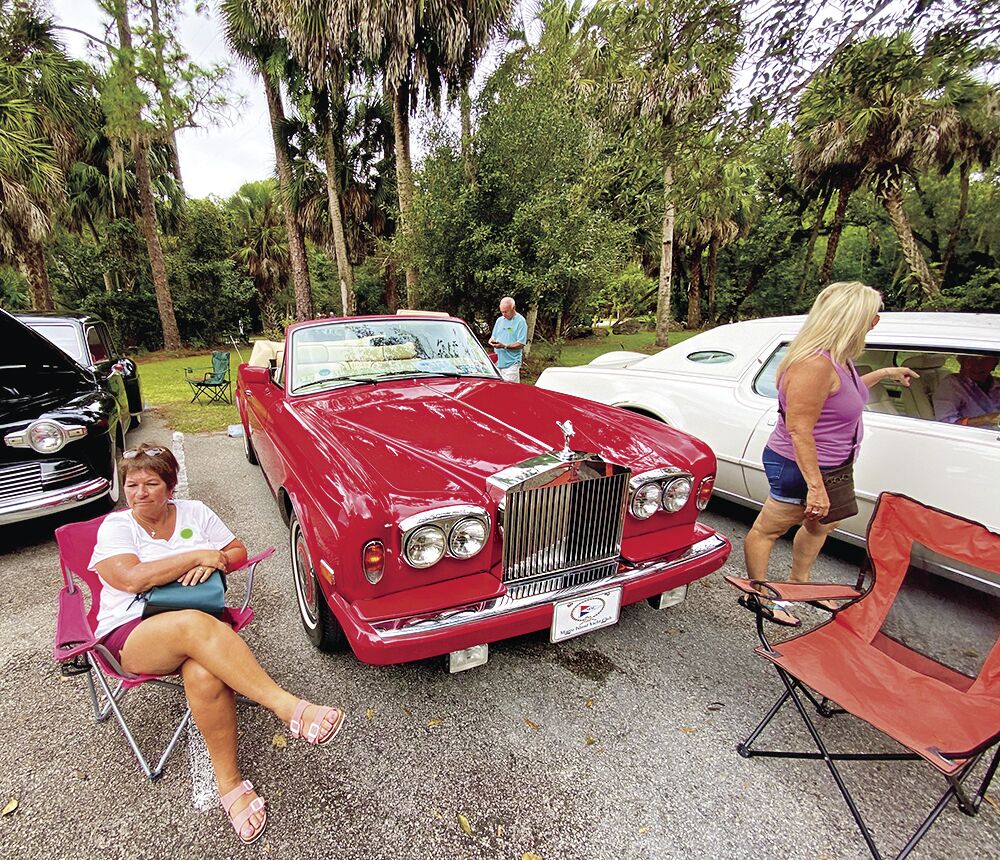 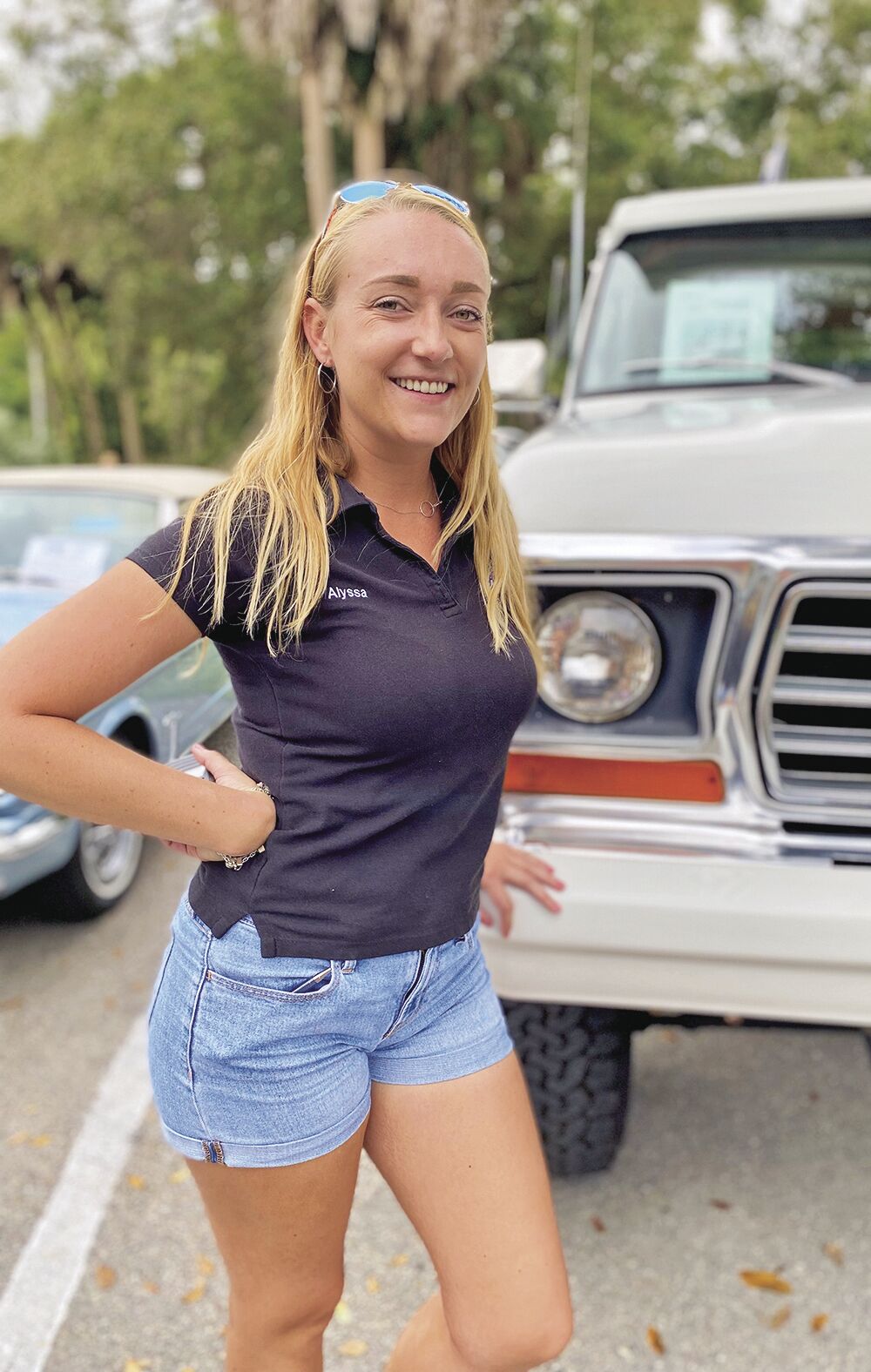 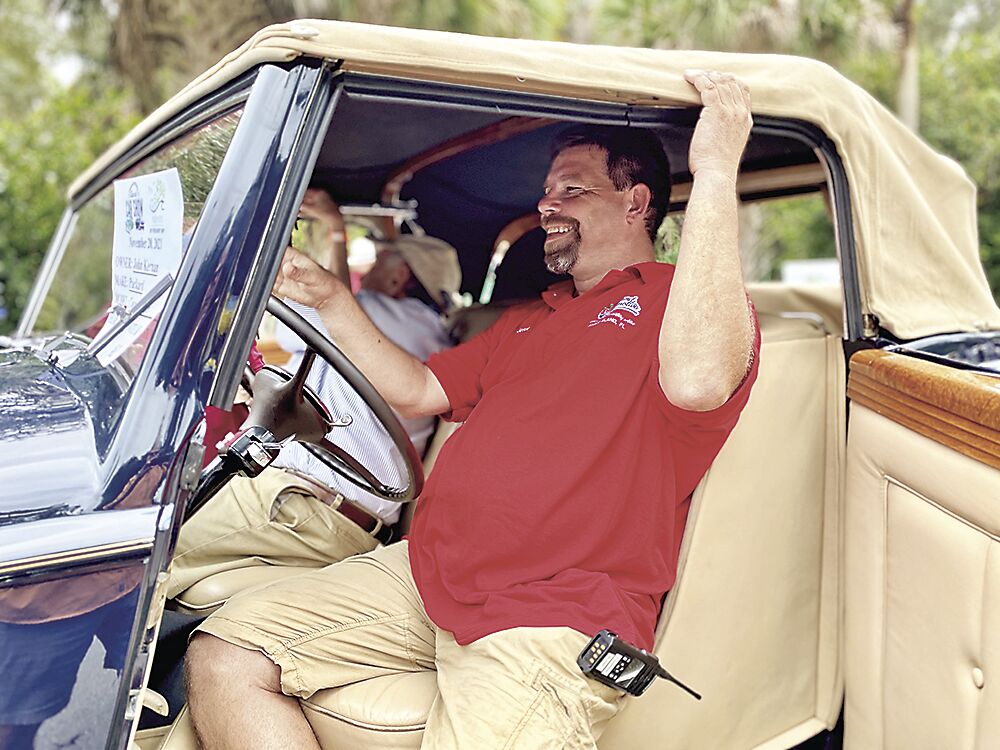 Jesse Laxenby helps John Kernan with his convertible top during a light rain.

So is there one certain thing that is his favorite about his 1967 Camaro?

"My favorite thing is that I still enjoy driving it and I enjoy chatting with people,” he said. “Everybody says this is a survivor. I’ve heard it so many times I put a license plate on the front that says 1967 survivor.”

Perrucci said the car will likely last another generation in his family.

"My daughter is going to end up with it one of these days,” he said proudly.

John Kernan is the owner of a 1936 Packard Coupe Roadster. But he’s not its most famous owner. That distinction goes to a famous Hollywood actress.

"Jean Harlow,” Kernan said, "she was a movie star in the 1930s. The original blonde bombshell. Her boyfriend was Howard Hughes. Unfortunately, she only had the car a couple of years before she died. I’ve had it for 20 years.” 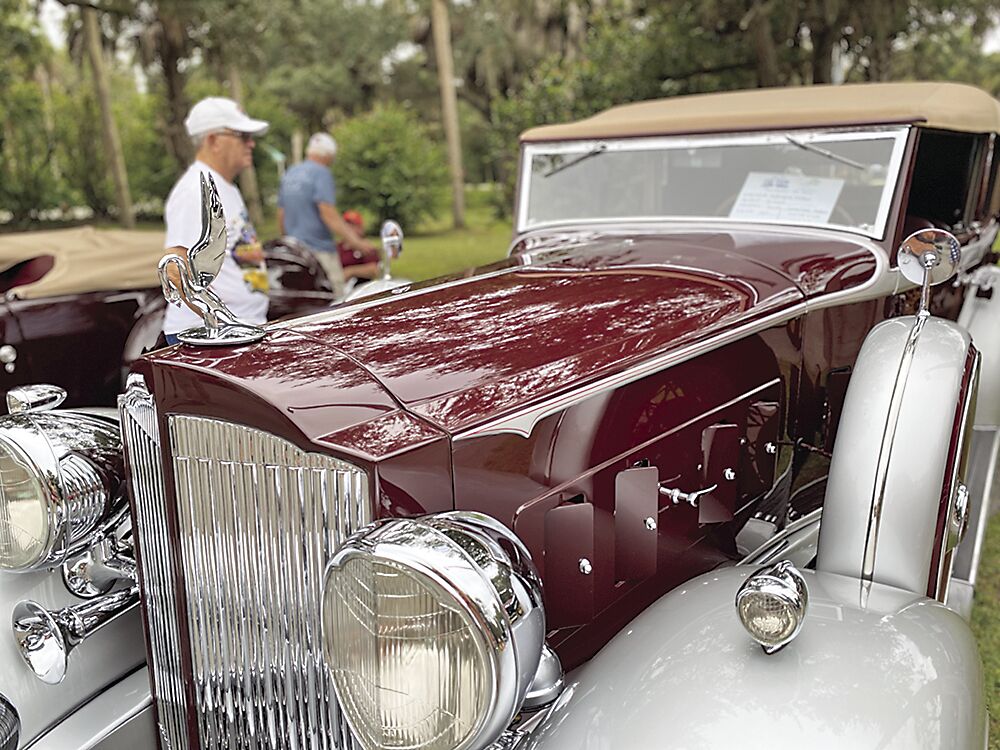 Close up of Edward Miller’s 1933 Packard 12.  The pristine Packard was voted the People’s Choice. 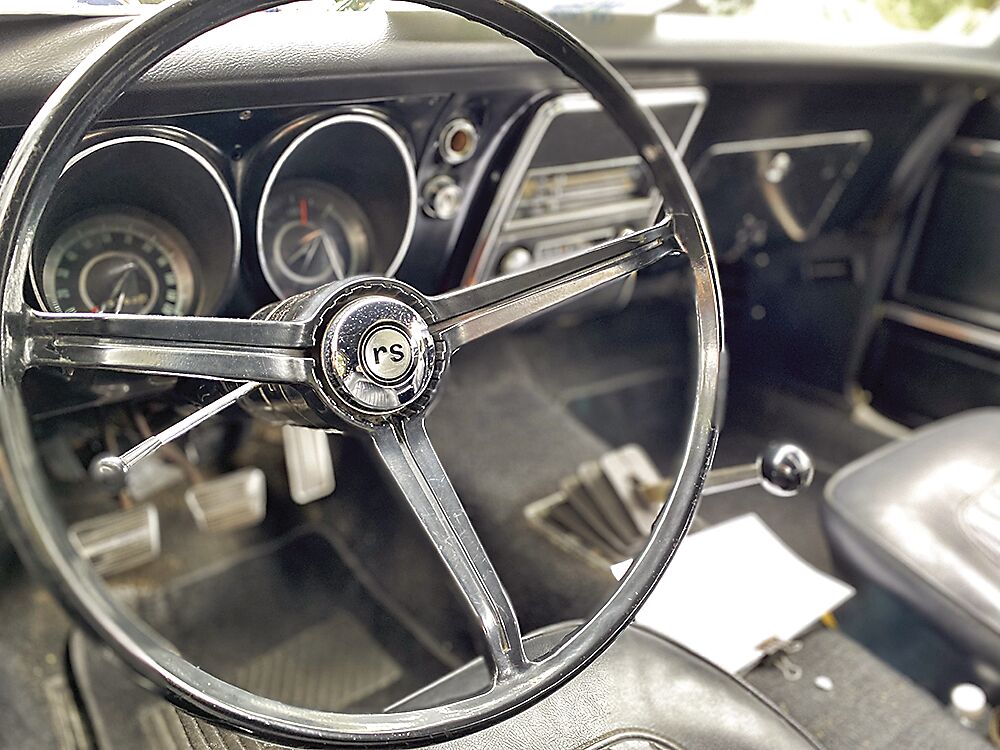 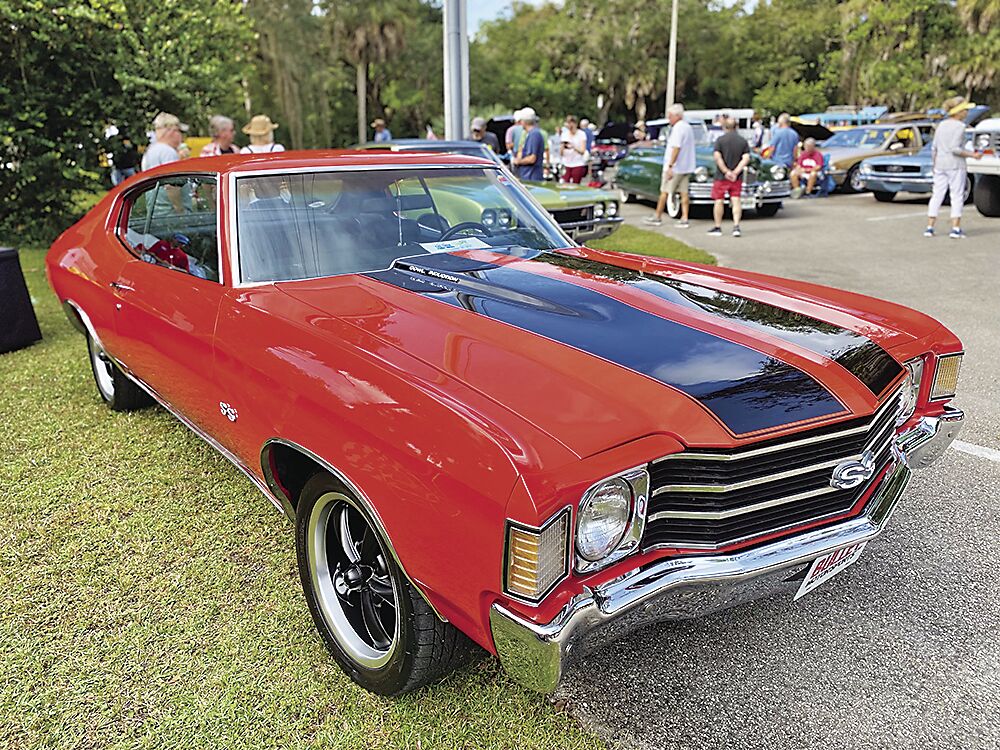 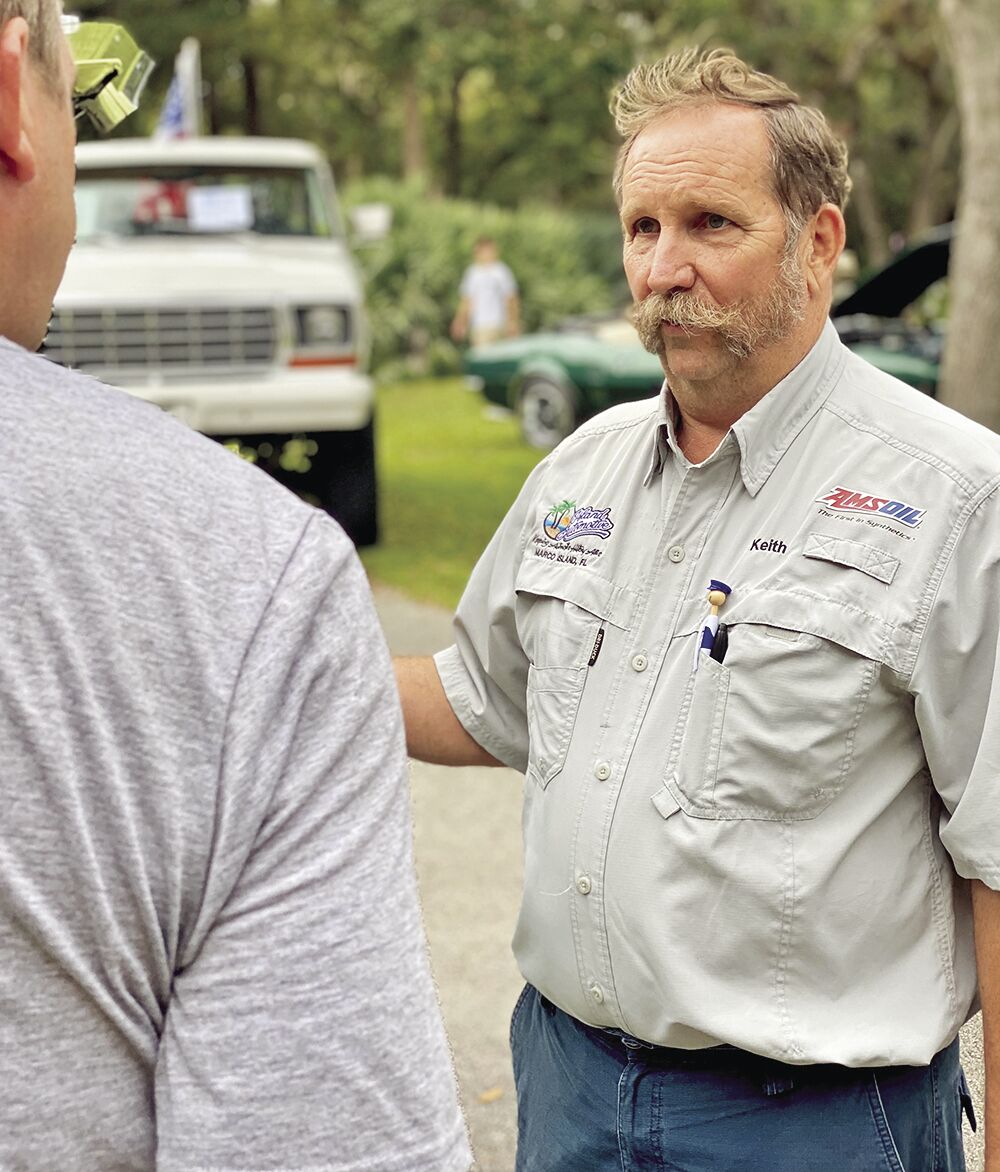 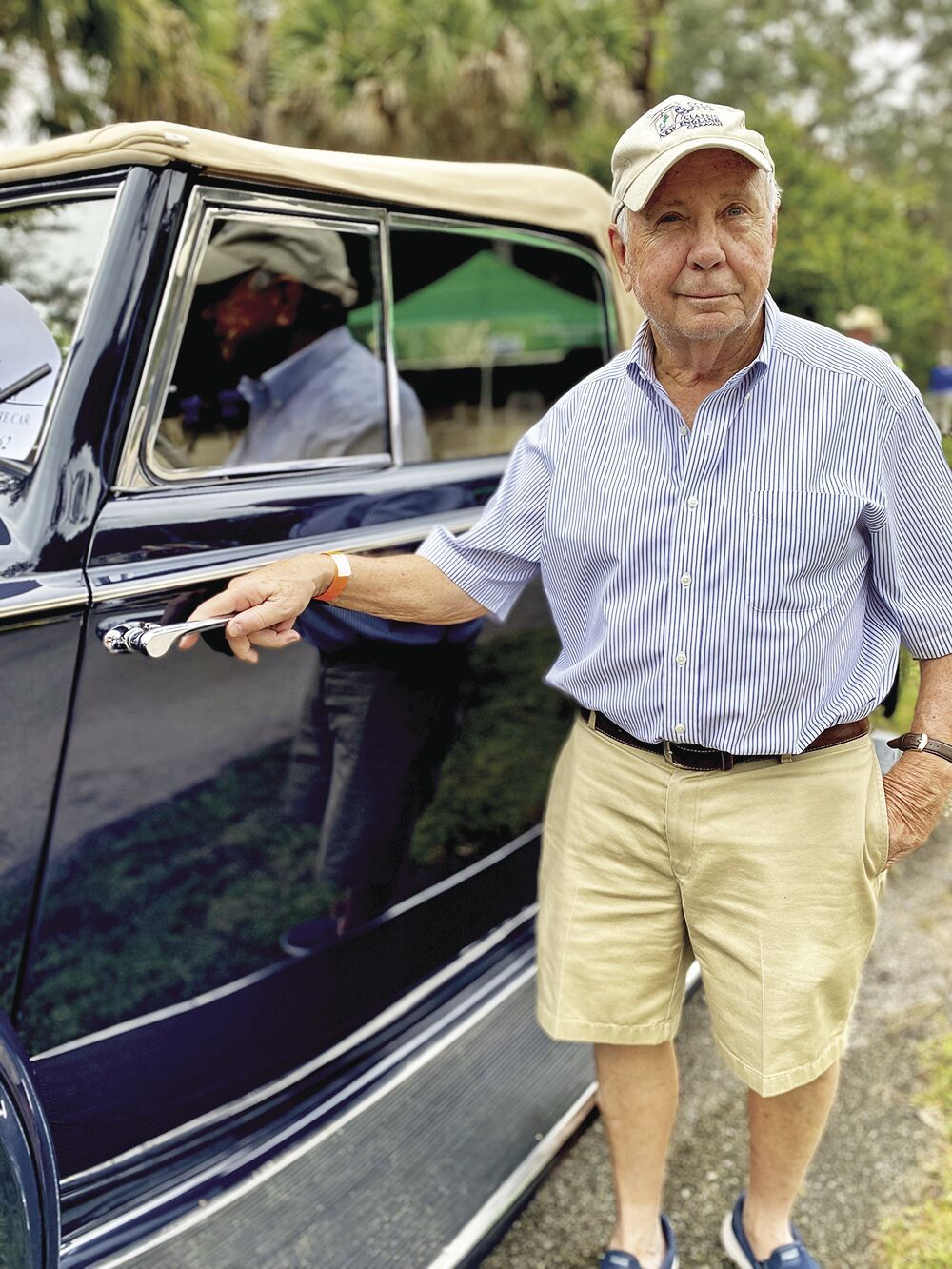 John Kernan with his 1936 Packard Coupe Roadster.  The car was once owned by actress Jean Harlow.

Kernan has completed an impressive number of road trips in his vintage Packard.

Kernan put his Packard Coupe Roadster through a rigorous - and detailed - restoration.

“We restored it to new,” he said. "It took several years. Everything is exactly the same as it came in 1936. Except for the air in the tires.”