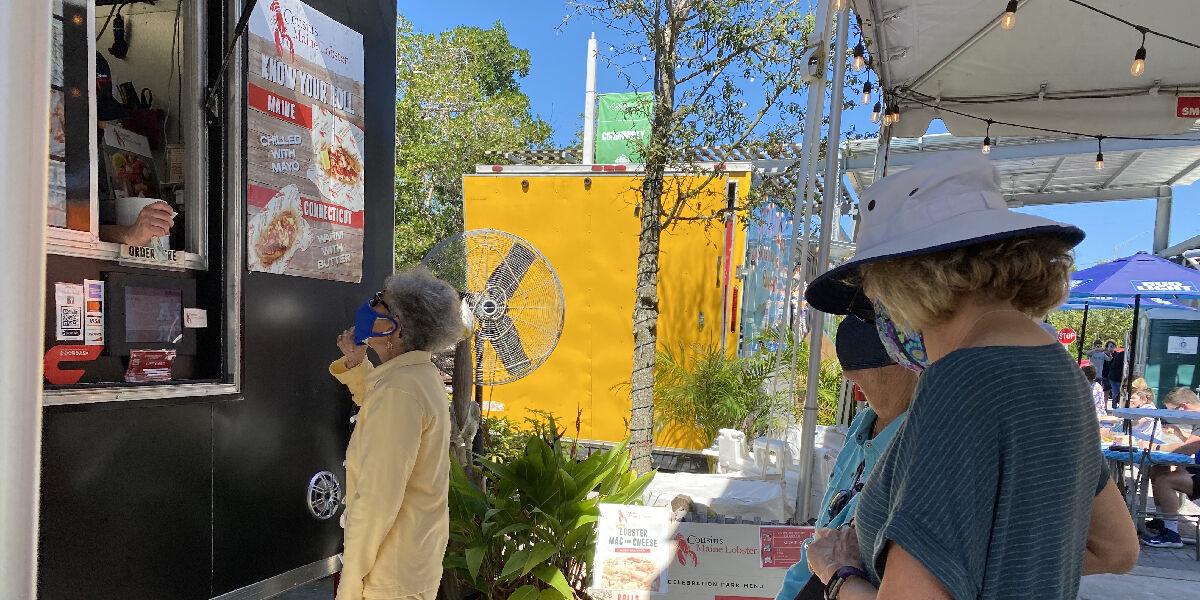 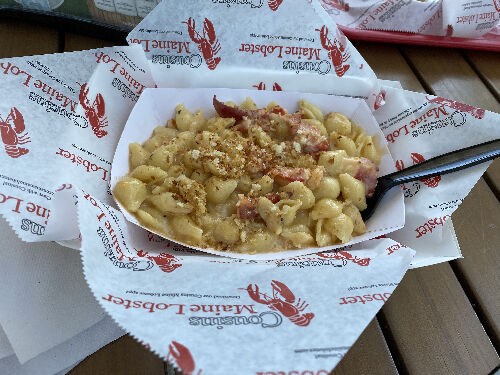 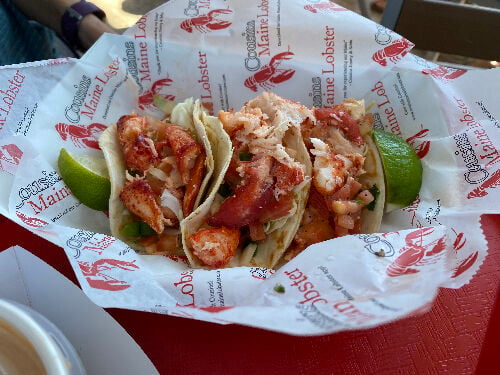 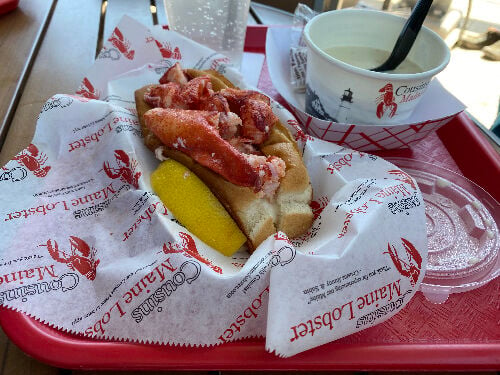 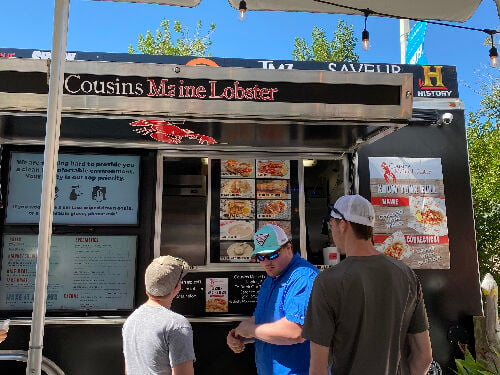 On Saturday, February 20, a quick lunch at Celebration Park on Bayshore Drive was planned by four ladies from Marco Island – they were all craving lobsters. It was a perfect break from a morning admiring orchids at the Naples Botanical Garden.

On June 1, 2020, Cousins Maine Lobster had a grand opening bringing Maine to Naples with their lobster rolls, tacos, and other seafood favorites from Maine. They got their start with an investment from Barbara Corcoran of Shark Tank in 2012. They claim that their lobsters are sourced only from Maine.

Looking for a lobster immersion lunch, everybody ordered something with lobster. Mary Aronin ordered a cup of the lobster bisque, three lobster tacos and for $4.00 extra lobster meat. With a slight chill in the air, the lobster bisque was smooth and soothing – not too salty – with chunks of lobster meat mixed in. Mary said she will certainly order this again.

Cristina Leske and Marianne Foley both ordered the Maine roll featuring chilled lobster on a New England bun with a cup of New England clam chowder and it satisfied their craving. You can also make this a combo with tater tots or chips and a drink.

Not trying to be a contrarian, I ordered lobster mac and cheese which was served creamy with pieces of lobster meat. Though the portion was rather small, it was perfect for lunch. My only regret was not ordering a cup of clam chowder for myself.

If you are not into lobster, you have seven other food trucks offering anything from pizza to Asian food. Parking can be an issue during the weekend. We were lucky to get a parking space just across the street and they do have additional parking a block away. Suggest a weekday visit to avoid the crowd.

Celebration Park is located on 2880 Becca Avenue off Bayshore Drive in Naples.