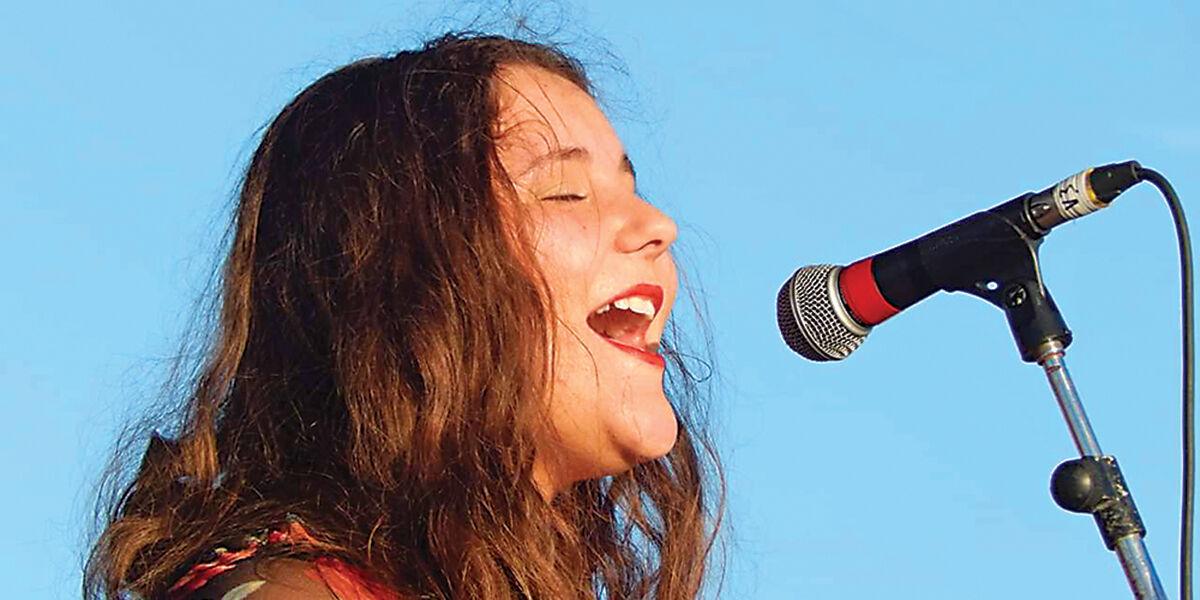 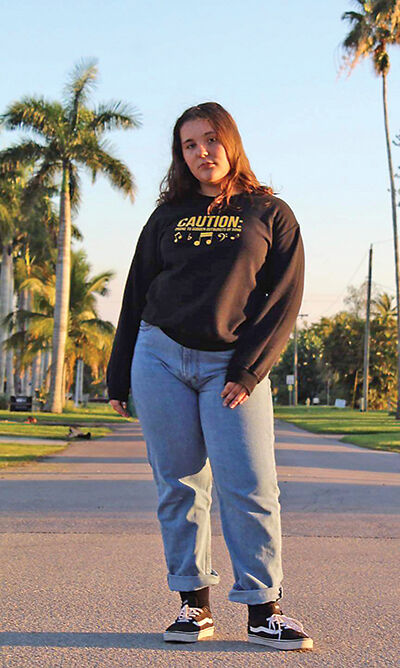 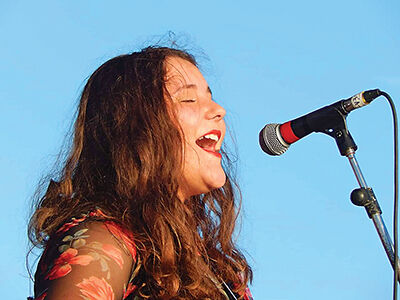 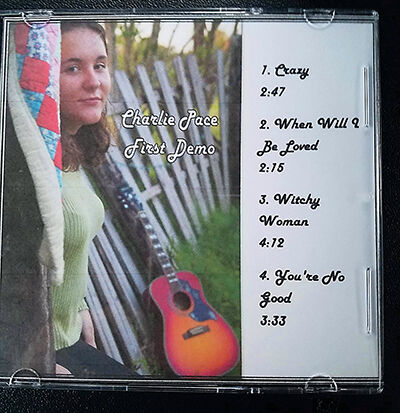 To paraphrase lyrics from Bruce Springsteen’s “Badlands,” Charlie Pace has a dream and she’s trying to make it real.

In this 15-year-old’s case, the “dream” is to succeed in turning her passion for music into her life’s work. She is a genuine musical triple threat: a singer and multi-instrumentalist and to complete the trifecta, a songwriter. And with the support and assistance of her family, she’s begun pursuing that dream.

A sophomore at Lely High School, Pace recently released her debut single, “Bright Eyes.” It will be title cut on her self-penned album of the same name, which should be released this fall. The 10-song LP was recorded at RPM Studio in Naples.

Lyrically, “Bright Eyes,” shows a surprising maturity for one so young. The song was initially inspired by “a boy, of course,” as she put it.

“But as I started to write and produce the song,” added Pace, “it became more about final acceptance. For me, ‘Blue Eyes’ was a metaphor for a fictional person that you just wanted to talk to and understand. It can be taken so many ways. But for now, let’s just say that boy isn’t part of anything. He gets no credit.”

Ask her to describe her style and Pace will tell you that it’s eclectic, something uniquely Charlie; a distillation of the popular music she’s been hearing since birth: Elvis, Johnny Cash and other country artists, soul and blues singers like Aretha Franklin and Etta James, classic rock, Jimmy Buffett, and the indie rock that’s her current fascination.

“People have told me, ‘Oh, you sound like this genre or that one,’ and I’m sitting there and I’m like, ‘I don’t what genre I am because I take from every genre I listen to,” said Pace. “It’s kind of like a big puzzle.”

Charlie said Ken Carper, Everglades City School’s now-retired music teacher, with recognizing her talent and fearlessness, and encouraging her, even selecting her to sing Trace Adkins’ “You’re Gonna Miss This” for a school program.

“He just let me be loud and obnoxious,” she said. “I was a 7-year-old kid saying, ‘I can sing.’ He just saw that I would get up on that stage and I would do it.”

At age 11, she began guitar and voice lessons. Since then, Pace has continued receiving vocal instruction, while adding bass, piano and drum lessons to the mix. At age 14, she transferred from the Everglades City School to Lely because of its music program.

Pace has always loved writing and decided to try her hand at composing a song when was in third grade simply to see if she could do it.

“I love stories and characters and building from random thoughts that I have,” she explained. “I’m ‘random-weird,’ so I can create things on the spot. I can make up a story verbally. I don’t need paper and pen or anything. Storytelling and writing; I just love to create.”

Since that first foray into songwriting, she makes it a point to pay attention whenever inspiration strikes. If that should occur during dreams, Pace will wake herself up and jot down the ideas.

“Even when I’m sleeping, it doesn’t switch off,” said Charlie. “In school, I’ll write it in my notebook. Sometimes, I’ll record it on my phone. Anytime, anywhere, I’m always creating. I’m always putting some kind of color in the world.”

Pace has performed at the Everglades Seafood Festival every year since that first appearance. She’s also played solo gigs at local restaurants and other venues when her schedule permits, such as Tuesdays at the Dogtooth Sports and Music Bar in Naples with the band Mudbone. She recently took part in J Robert’s Florida Songwriter Showcase at the Margood Theater in Goodland.

In July, she’ll be putting some “color” into the world at the one-week long Camp Jam teen music camp in Atlanta, which she first attended last year. At its conclusion, she and her parents will head to Nashville, where she will sing some originals at a songwriter showcase. They’ll then head to Memphis to explore the music scene there, before traveling to New Orleans where Charlie will try her hand at busking on the street.

She also plans to participate in the Collier Kids’ Got Talent contest, set for August at Celebration Park in Naples.

Donna Pace, whom Charlie playfully refers to as “Mom-ager,” said it’s been thrilling watching her blossom.

“When I hear her and I see her work every single day – seven days a week, she works, she’s singing. she’s writing, she’s studying, I mean, constant work,” said Donna Pace. “People say, ‘You’re so good to support her, but anybody would do what I do when you see how hard she works. You have to support that. I mean, you have to support that. There’s no way around that. It’s just amazing to watch.”

As for the future, say 10 years down the road, Charlie hopes to be touring, entertaining people who are drawn to her voice and artistry. “I don’t know,” she added, “creating and having fun and hopefully, having some money doing what I love.”

Charlie’s music can be streamed on Spotify, heard on Amazon Music, and viewed and heard on You Tube. It will soon be available for purchase on iTunes. To learn more, visit charliepacemusic.com.