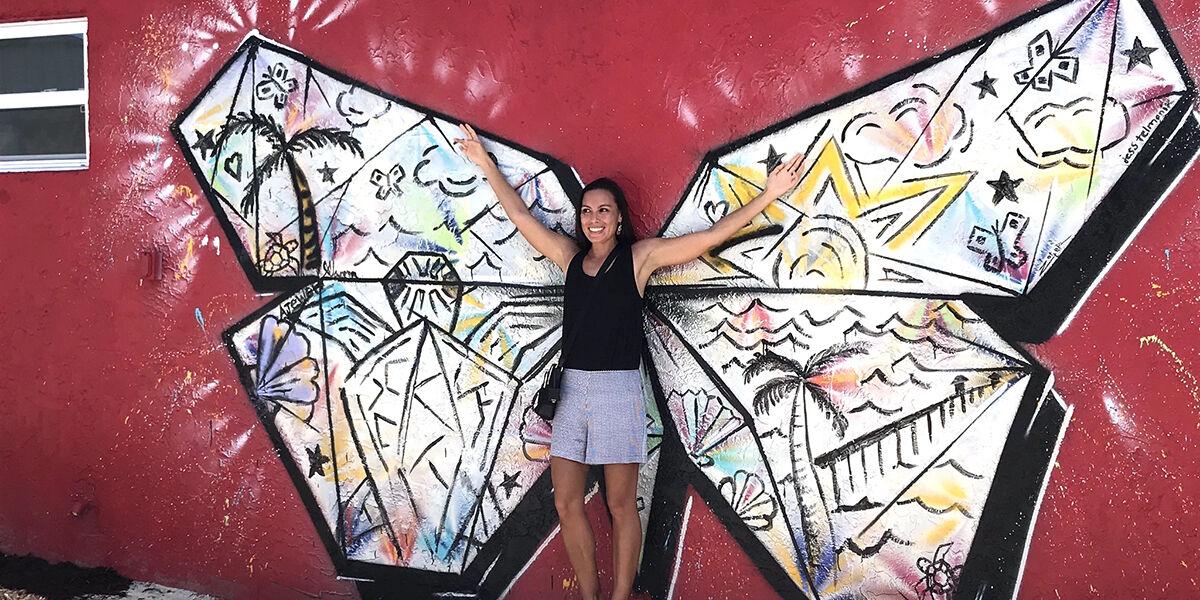 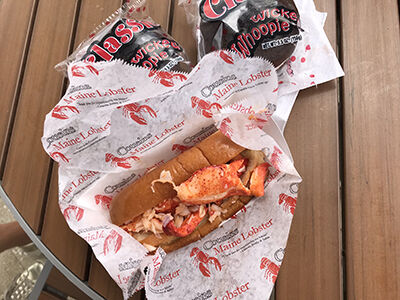 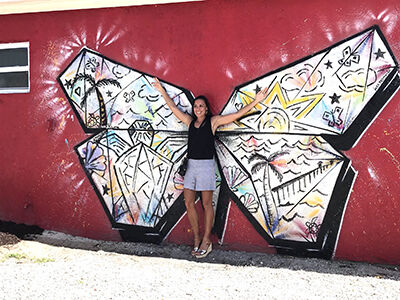 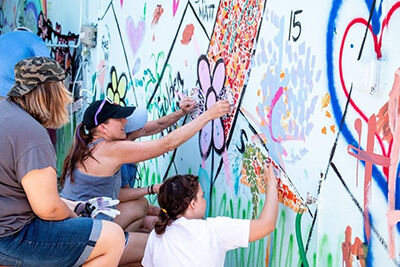 Photos by Maria Lamb | Sunshine Kids Foundation partnered with A. Jaron Fine Jewelry of Bayshore; Kids created a wall mosaic and donors can purchase sections of the wall to benefit the foundation. 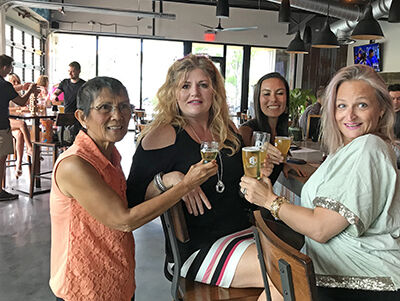 Photos by Maria Lamb | Sunshine Kids Foundation partnered with A. Jaron Fine Jewelry of Bayshore; Kids created a wall mosaic and donors can purchase sections of the wall to benefit the foundation.

Bayshore’s Celebration Park was sizzling with activity on Saturday, June 1st with the Grand Opening of Cousins Maine Lobster food truck. They bring Maine to Naples with their lobster rolls, tacos, and other dishes derived from Maine’s favorite succulent and ruddy crustacean.

“Let’s Be Family” is the theme of Cousins Maine Lobster, a Los Angeles-based franchise food truck business that got its jump-start after appearing on Shark Tank in 2012. After receiving a $55,000 cash infusion from Barbara Corcoran, cousins and co-founders Jim Tselikis and Sabin Lomac rapidly started franchising.

Made exclusively from wild-caught, sustainably-harvested Maine lobsters, the menu highlights two varietals of lobster roll: the Maine is served chilled; the Connecticut is served warm with a touch of butter and lemon. You can also order lobster grilled cheese, lobster tacos (with either corn or flour tortillas), lobster tots and lobster bisque.

Those with an urge to splurge can order a full-on 4-5 oz. lobster tail with a side of tater tots – a dish described as “Maine’s Ultimate Luxury.” With Cousins’ Maine lobster rolls, you don’t have to forage for specks of tail or claw meat – you get to taste plump, two-inch chunks of lobster inside your tortilla roll or quesadilla.

For the contrarians in the crowd, the menu also offers non-lobster fare – shrimp tacos and New England Clam Chowder. Close out the experience with a Whoopie Pie for dessert.

The Grand Opening of Ankrolab Brewing Co. last week featured 40+ of their own specialty craft beers. According to Collier County Commissioner Donna Fiala, “Bayshore is a place that is bursting with excitement and activity.” She is excited that young professionals of the 40-year-old range are adding their entrepreneurial footprints to Bayshore.

Adam Kelly, the new owner of Ankrolab (the “Lab”) has been making his own beer for a long time. “Try the Grunghost,” said the bartender, a man of millennial age with a well-manicured imperial mustache. He described it as a “lightly effervescent Champagne-like beer” (not to be confused with the mass-marketed swill bearing the nickname Champagne of Beers).

The Otto’s Barn tasted like a lighter Guinness. If you are a lover of Belgian White, order the Participation Award, light and creamily refreshing with no after bite, perfect for hot Florida summer.

Bayshore’s Amanda Jaron of A. Jaron Fine Jewelry walked into the “Lab” to meet a friend and as she scanned the crowd, she was delighted to find four tables of millennials sitting with their newborns in one location, in Naples! And it had nothing to do with daycare or school. If not for the drive down U.S. 41 from Marco with the searing mid-day heat, Ankrolab might have been in Williamsburg, Brooklyn or Portland, Oregon.

Today, a gaggle of under-40s played a spirited game of Jenga in the corner and a pair of rolled-up yoga mats laid akimbo on one of the couches. There is a shuffleboard in the back and Dave’s Cosmic Sub Food Truck was parked outside for the day.

Another newbie on the block is Sicilia Italian restaurant offering family style Italian dining with outdoor seating. Their pizza has been getting rave reviews.

Early in February, Bean to Cup Coffee Lounge made its debut at the iconic pink building – The Gardenia Hotel.

But the soul of Bayshore is a lot more. In May, A. Jaron Fine Jewelry partnered with Sunshine Kids Foundation to bring smiles to the faces of children battling cancer. Amanda has donated the east wall of her studio to create a mosaic masterpiece. Wearing messy clothing, participants smashed ceramics; applied and grouted tiles to the wall and donors can also purchase sections of the wall for the Sunshine Kids Foundation. Amanda’s Mermaid mural and Butterfly mural have become top “selfie” spots in Bayshore.

Gardenia Hotel Owner, Diane Sullivan’s vision of Bayshore with a “strong sense of community, walkable, take-it-easy kind of a neighborhood” is fast becoming a reality. Take a notice and explore the Bayshore Arts District!