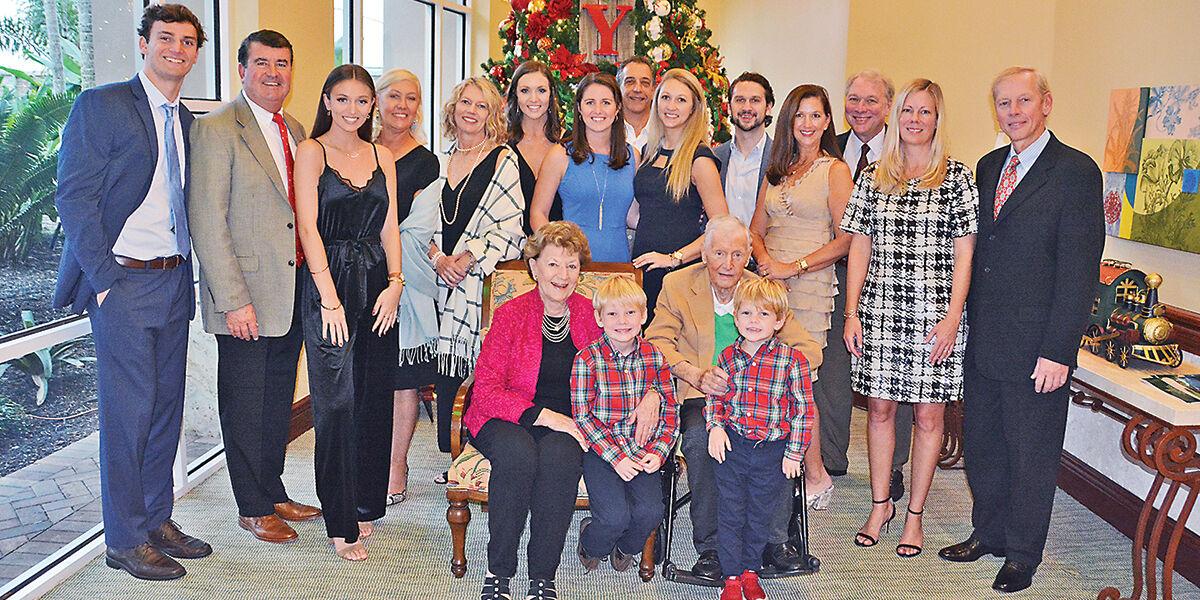 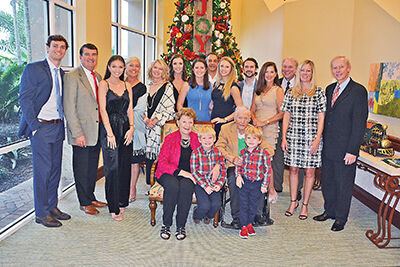 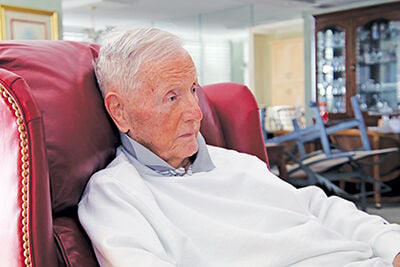 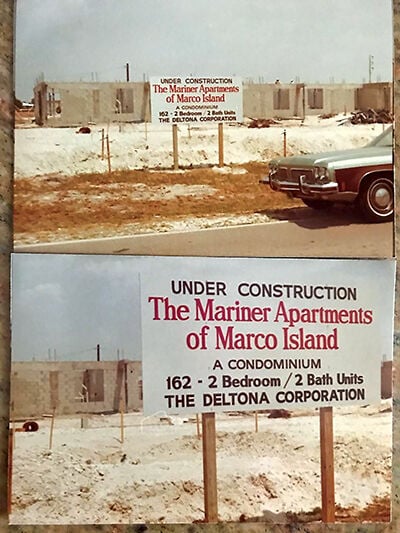 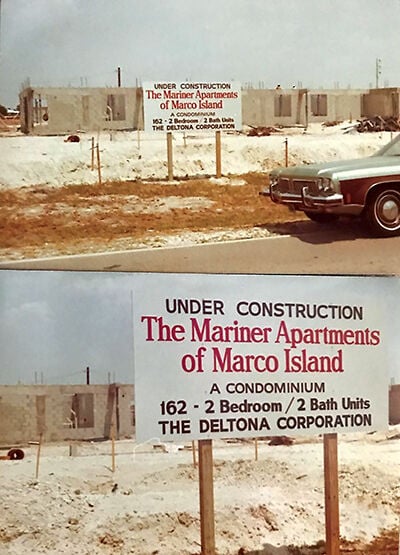 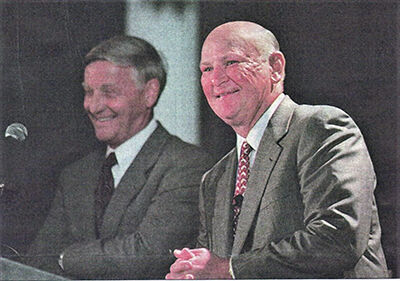 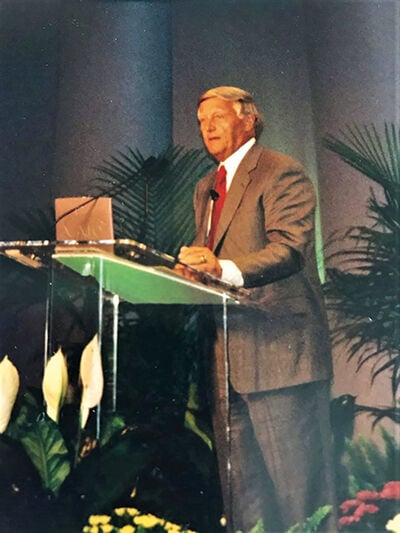 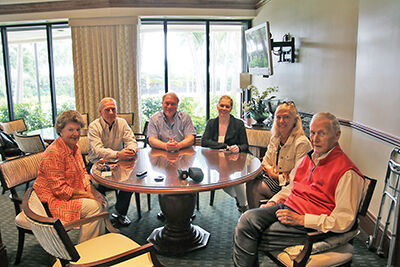 The terms Fate and Destiny are often interchangeable. Regardless of your beliefs, and upon reflection, one might often refer to either as to how their positions in life have come to be.

It is often said that fate is what happens to us when we are making other plans. That could be said of Richard Schulte, a marketing executive with Proctor and Gamble (P&G) back in the 70s when he was tasked with meeting with Deltona executives. The Deltona executives were working with one of the Proctor and Gamble companies that were going to give away a Deltona home here in Florida as part of a promotion for one of the P&G product brands.

Schulte took Frank Mackle Sr. and his people out to dinner one night in Cincinnati, Ohio. That is where Proctor and Gamble were headquartered, and Deltona was working out the details on P&G’s give-away. Frank Mackle Sr. became fascinated with how P&G marketed its diverse brands and became impressed with Schulte. Before they parted ways, he indicated his interest in having him visit with them in Miami. Schulte remembered Frank Mackle Sr. telling him, “We can use a man like you.”

That Miami meeting resulted in some give and take on compensation, and at the end of his visit, they came to terms regarding his employment. Deltona had been actively building small communities around the State of Florida since 1962, but the Marco Island project would be their largest undertaking of all those endeavors and Frank Mackle was looking for someone to move it forward.

In 1972, when Schulte arrived in Miami with his wife Suzanne and their four children, the Mackles had already begun to construct a considerable amount of the infrastructure required for the development of Marco Island. The Voyager Hotel, including one of the towers and a restaurant, had already been built, as had the airstrip down Landmark Street which would allow Deltona to shuttle potential customers onto the island. Those potential customers came to view homesites and investment opportunities. The new Marco Executive Airport would shortly be opened, complete with its own terminal.

In speaking with Schulte, you can’t help but sense his pride in what the company had accomplished during the 70s, especially the South Seas development. That project entailed the four beachfront tower buildings in addition to midrise and low–rise condominiums. They were all part of Schulte’s development of a “global marketing concept,” wherein they would leverage the European marketplace for the sales of their products.

During our interview, Schulte would proudly point to the fact that the South Seas Club was the largest condominium development in Florida at the time.

The company would continue to break records. A combination of over sixteen hundred condominium units was built consisting of both high-rises on beachfront parcels and garden apartments on sites just east of the beach. They included the high-rises Emerald Beach, Sunset House, Sunset House North, Tradewinds, Admiralty House and the Gulfview Condominiums. Garden apartment complexes included the Seabreeze, Seabreeze South, Southwinds, Mariner, Mutiny of Marco and Island Manor.

The Summit House, where the Schulte’s would eventually purchase a unit, became their permanent residence in the early 80s, although they shared their time between Miami and Marco as Schulte continued to work, and his wife would occupy their Marco home. They continue to comfortably live there to this day.

The ruling by the Army Corp of Engineers and the subsequent court battles delivered a devastating blow to the future plans for continuing the vision which the Mackles had for the island and its surrounding area was heartbreaking for all those associated with the endeavor.

Having taken deposit monies or payments in full on properties not yet developed, the family felt obligated to return those monies to those that had invested in the dreams both they and the Mackles held for Marco Island. That decision would require the company to sell off all usable property and assets such as the Marco Beach Hotel. That decision would drain any capital necessary for future development, but keep the investors whole, but cripple the Deltona Corporations dreams for the future.

Richard Schulte left Deltona in 1982, but stayed involved in the development business here in Florida and stayed active up until a few years ago. “I loved my work and especially the time spent with the Mackles.

When we met with the Schulte family over the holidays, they couldn’t have been prouder of their parents. “My dad modernized the Deltona Corporation and built an outstanding sales organization which spanned the globe. Because of those efforts, there was an influx of foreign investors that saw the benefit of Marco Island. He brought a global presence to their company,” said Jeff Schulte.

Jeff, the oldest of Richard’s sons, was immediately taken with the soft sand that was on the beach on one of their first ventures across the Everglades to visit Marco Island when he was 11. “I remember saying, ‘Dad, buy this place, it’s great.’”

‘There was nothing to do here as a teenager, so we thought it was like a punishment at times,” said one of Schulte’s two daughters as Richard Schulte looked on and smiled. Today, those same children now have their own children and grandchildren, all of which love Marco Island. They all marvel at the legacy that the head of the Schulte family had a hand in creating.

Whether it was fate, destiny or just dumb luck, the Deltona Corporation and Marco Island was fortunate to have such a talent as Richard Schulte and others to help to mold the future of Marco Island with the Mackle family early on.

It was Walter Cronkite who once said, “I can’t imagine a person becoming a success who doesn’t give this game of life everything he’s got.” It’s a quote that could have best described the Mackle brothers and the team they formed, which would include Richard Schulte and his “brand awareness and global view of how to market the island,” said Richard Schulte, Jr.

Richard Schulte and his wife have been married for 60 years and he turned 85 in December of 2019.