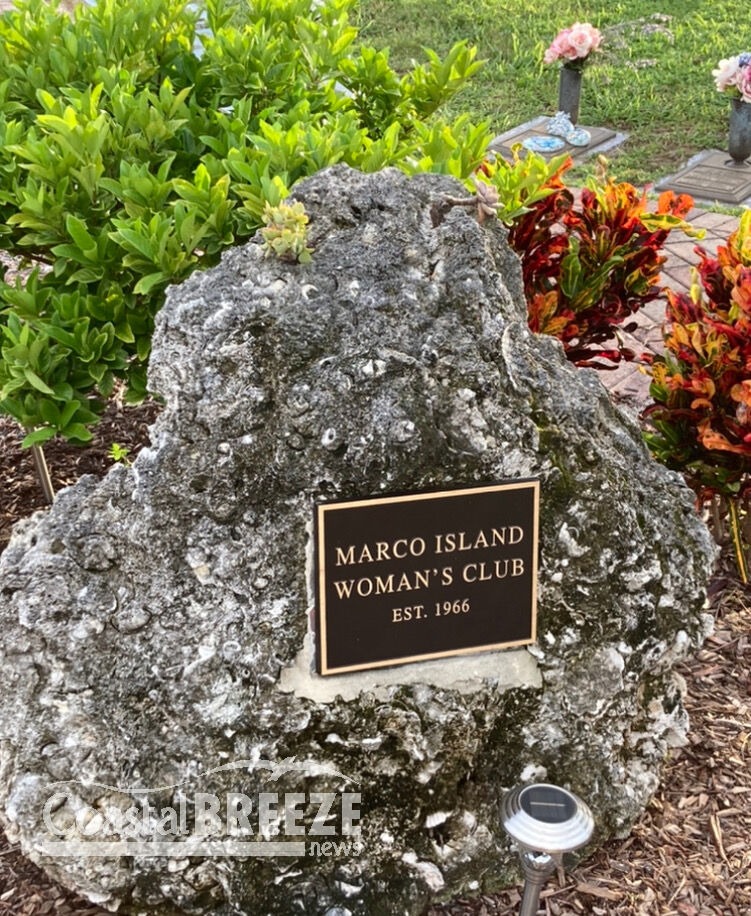 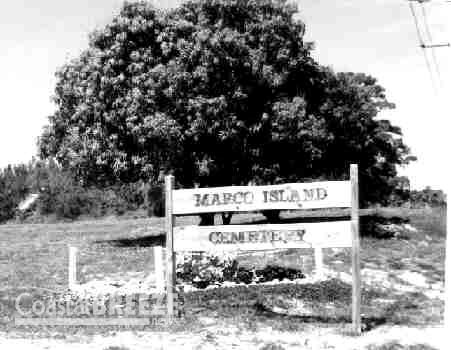 An old photo of the Marco Island Cemetery. 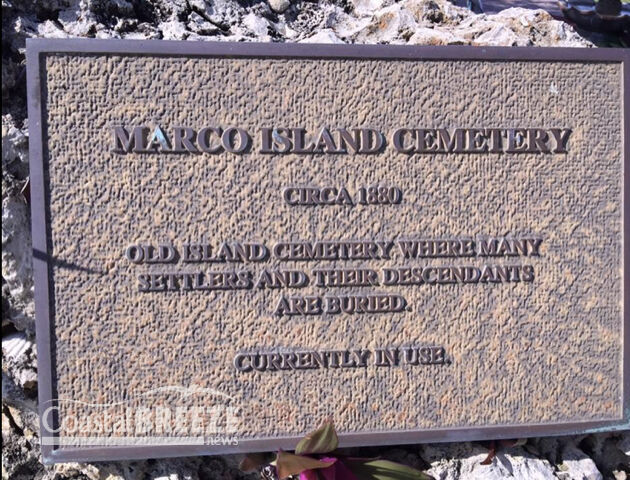 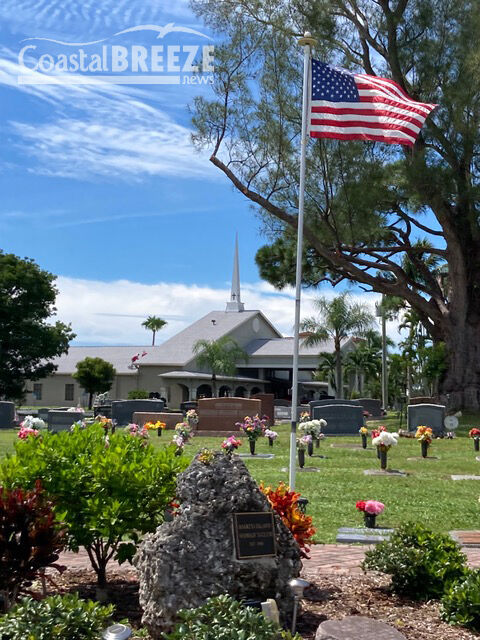 Peaceful today, but not always, the Marco Island Cemetery dates back to the Island’s early settlers. The Great Depression and the 1930’s were a particularly difficult time for Marco Islanders and many of the original families moved away. There was no one left to care for the gravestones. By the time the Mackle Brothers began development in the 1960s, the cemetery was largely forgotten and had fallen into disrepair. Beer cans, old mattresses and car parts littered the grounds. Vegetation had completely overtaken the area. The abandoned site became a refuge for social outcasts who went there to drink, race motorcycles and dirt bikes. It also became a “secret” hangout for local teens who had few places to gather.

In the 1960s and early 1970s the focus in Marco Island was on new development. The old settlers’ cemetery might have been overlooked for many more years, but a shocking incident riveted the community’s attention.

In 1973 two local girls, ages 15 and 16, were found dead: bullet holes through their temples and a .38 caliber pistol beside them. Police ruled it a murder-suicide but it also could have been a double suicide. The population of Marco Island at that time was about 4,000 close-knit inhabitants. The tragedy affecting two of their own spurred the residents into action. A group of citizens toured the site, distressed with what they saw. Among the group were three mothers, members of the Marco Island Woman’s Club. They were particularly moved by a heart-shaped gravestone inscribed “Here Lies our Heart.” The sight of this heart strengthened the ladies’ resolve to restore the cemetery and thereby honor those early settlers. The women were sure that the Woman’s Club members would want to get a project into action. These incredible ladies also lobbied Frank Mackle to assist in the cleanup effort and to donate some land for a youth center.

The Woman’s Club Community Affairs Committee began its own beautification project in 1977. Many civic minded individuals and groups contributed to the eventual restoration of the cemetery.

After seven years of effort, on Flag Day, June 14, 1985, a ceremony was held to mark the official opening of the Memorial Garden in the century-old Marco Island Cemetery. The event was presided over by project organizer Jane Hittler (MIWC President 1978-1979) and Club Vice President Evelyn McDowel cut the dedication ribbon.

The Club’s commitment to the Historical Cemetery Memorial Garden continues to this day. Over the years they have tended the garden and repaired and replaced monuments. In 2014 the Club added a heart-shaped granite marker, reminiscent of the earlier heart-shaped gravestone that had been so touching to our members. The Club’s latest refurbishment efforts in 2020 replaced a series of fountains, ornaments and plaques that could not withstand time and Florida’s harsh weather. Now, crotons and gardenias frame a large Florida limestone rock that showcases a new Woman’s Club plaque.