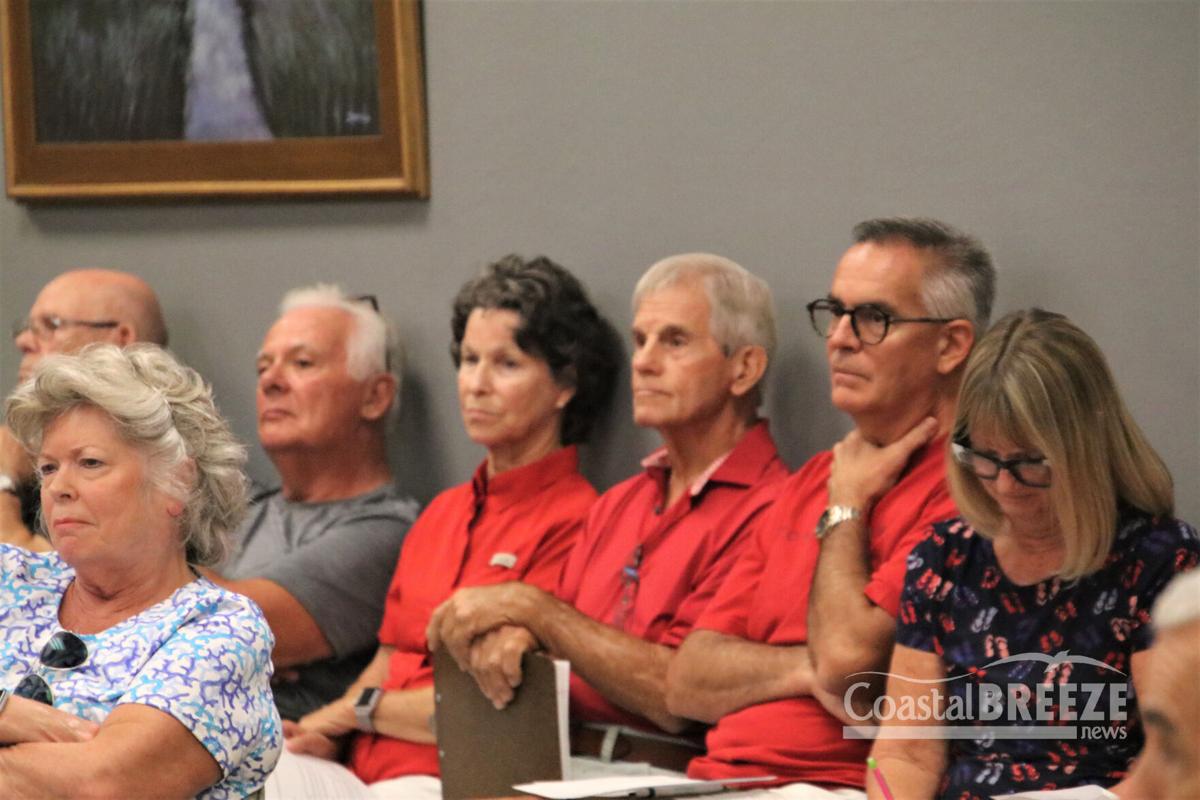 50-year resident and businessman, John Slocum,  listens after he testifies and urges Council to slow down 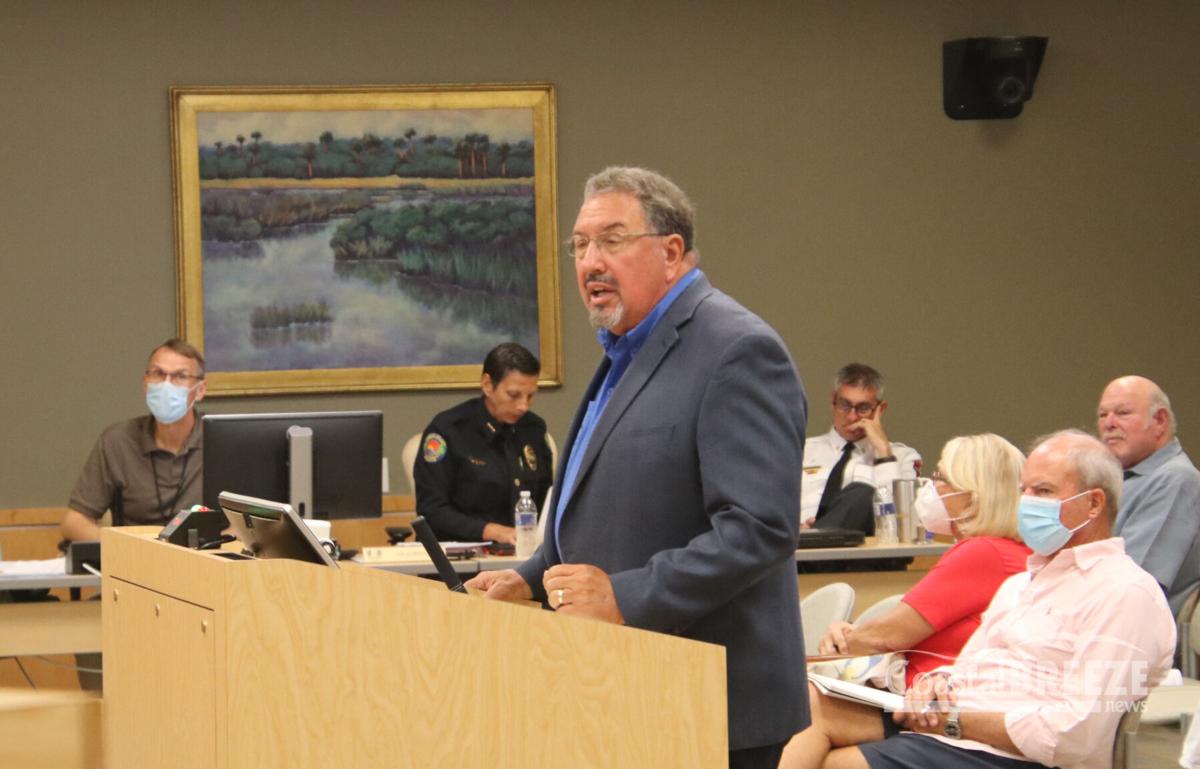 Marco Island City Council convened sharply at 5:30 pm in council chambers for its first meeting in October to wrap its arms around a relatively light agenda, but one which drew a number of attendees.

Although this would not be the first appearance by Dr. Casey Lucius before council, it would be her first as the newly titled Assistant City Manager. Dr. Lucius was be called up from the dugout to stand in for City Manager Michael McNees who was out of town.

After the board began the meeting by attending to normal housekeeping items such as the approval of minutes from both the Special Called Meeting and Regular Meeting of September 20, the council quickly moved to dispatch the Consent Agenda. The Consent Agenda included approving city employee insurance plans, authorizing the lease/purchase of a 2021 street sweeper for $363,232, authorizing the City Manager to execute a contract for biosolid removal at the Wastewater Plant for another $359,409, and approving the yearly contract for the 2021-2022 budget year for the Sewer Manhole Rehabilitation Project in the amount of $119,810.

One of the major items to be dealt with during this meeting came with the Second Reading of the Adoption Package for the 2040 Comprehensive Plan. The process involving the adoption of the new 20- year plan for any municipal or county entity in the State of Florida is required to be updated every ten years by State Statute in Florida.

“Such a plan provides the principles, guidelines, standards and strategies for the orderly and balanced future economic, social, physical, environmental and fiscal development of a community or county that reflects that entity’s commitments to implement the plan and its elements.”  The components of that plan cover all aspects relevant to the current and future needs of the area in question.

Since April of 2020, the city has struggled with the complexity of such an endeavor. Those struggles have been complicated by a number of issues. First involved the difficulties surrounding the unfortunate challenges presented by the isolation within communities due to the COVID-19 Pandemic. Many have complained that those issues complicated the abilities of the citizens to gather together safely to discuss in detail the various components of such a “master-plan” for the community.

Another area of concern centered on the timing of the review process, which unfortunately saw many of the island’s residents absent during the first seven months of development of the plan by staff and the FGCU consultants. Combine that with the isolation of those residents when they returned from that initial seven-month absence due to the COVID-19 lockdowns, and you would find citizens questioning whether or not they were part of the process.

City staff and the FGCU consultants made every attempt to utilize technology such as Zoom meetings, online surveys and questionnaires to acquire input and engage with citizens, but there has remained a sense of isolation from the process by many.

At Monday evening’s meeting, longtime resident John Slocum, with over 50 years of experience on the island, urged councilors to utilize the additional five months available to them to engage with residents who are now returning in an effort to iron out those issues which seem to be of concern.

Former Councilors Bill Trotter and Howard Reed also urged the board to take the additional time available to them to deal with those issues that are of concern to the growing group of citizens who continue to come out to meetings.

Councilor Eric Brechnitz convinced his fellow councilors that they should remove language which he felt might lead future councils to become trapped in providing an island-wide trolley service, while off-island visitors utilize local parking lots to stage vehicles and take the trolley for transport to local beach access points along Collier Boulevard, thus overtaxing the fragile beach ecosystem.

In the end, Council voted 6-1 to approve the amended document for transmittal back to Tallahassee and their final acceptance. The city staff may, after monitoring implementation of the approved plan, propose amendments to the plan after public hearings with the City’s Planning Board and Council should that need arise. The proposed amendments then could be forwarded to the State for approval.