Skip to main content
You are the owner of this article.
Edit Article Add New Article
You have permission to edit this article.
Edit
Home
News
Columnists
Sports
Opinion
Lifestyles
Obituaries
Classifieds
Calendar
Public Notices
1 of 6 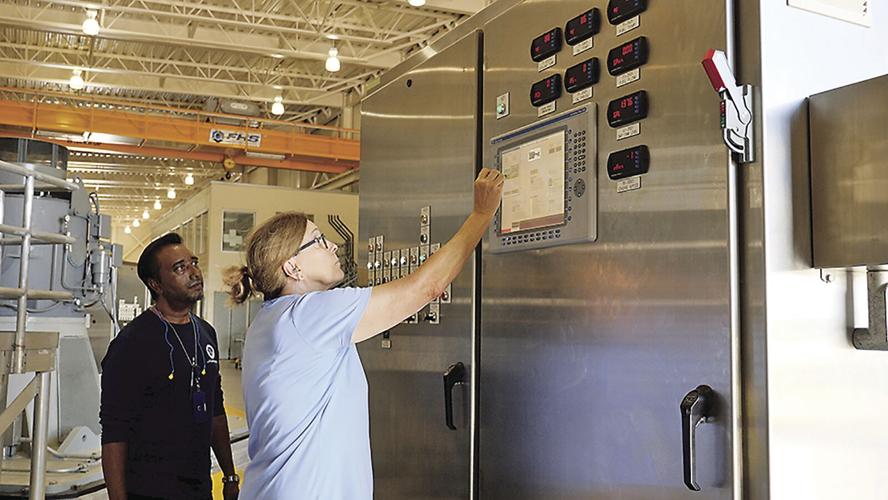 SFWMD Governing Board Member, Charlette Roman, turned on the Faka Union Pump for the first time on July 9, 2021. 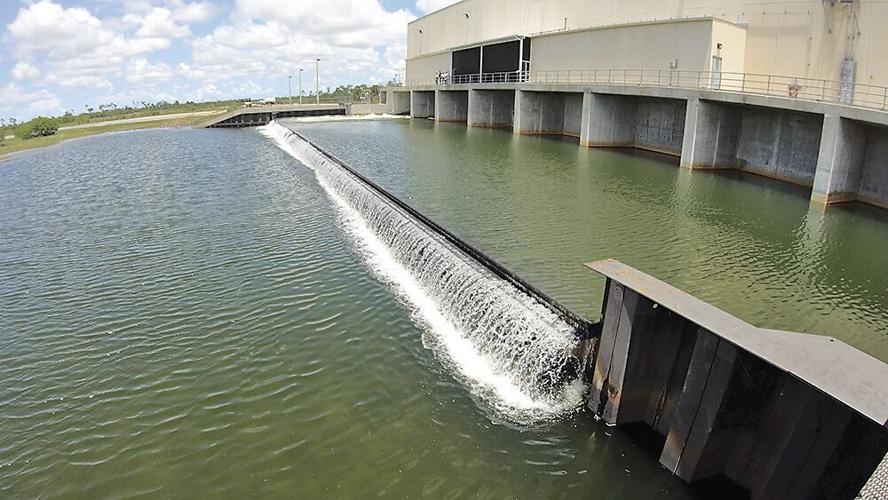 Faka Union Pump Station was activated in July, 2021 and started pumping up to 2,650 cubic feet per second (cfs) to hydrate and restore the parched wetlands to its natural state of hydration. 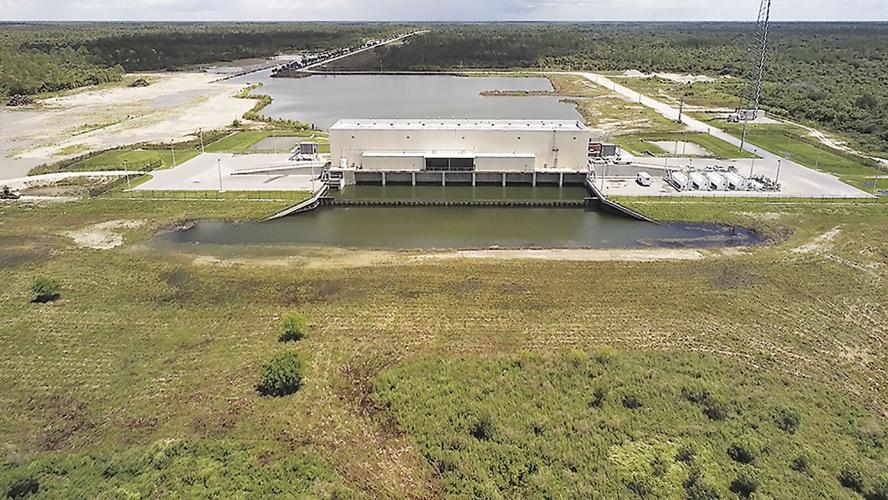 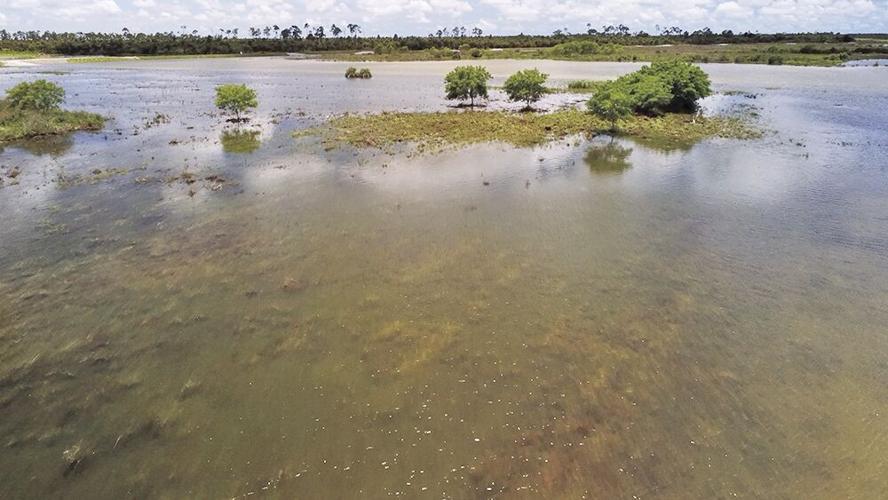 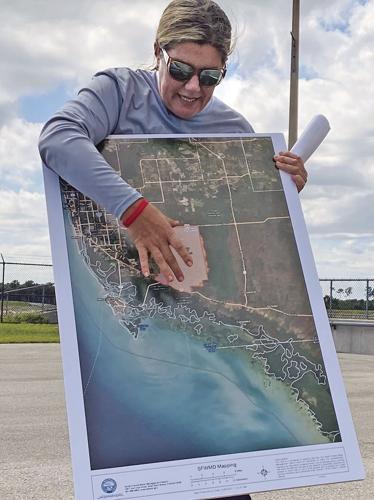 Project Manager Joanna Weaver with a map of the Picayune Strand Restoration Project. 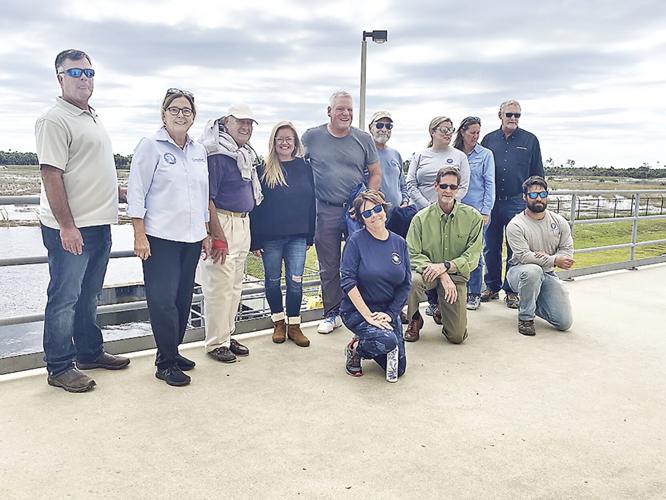 SFWMD Governing Board Member, Charlette Roman, turned on the Faka Union Pump for the first time on July 9, 2021.

Faka Union Pump Station was activated in July, 2021 and started pumping up to 2,650 cubic feet per second (cfs) to hydrate and restore the parched wetlands to its natural state of hydration.

Project Manager Joanna Weaver with a map of the Picayune Strand Restoration Project.

This pump station is part of the Picayune Strand Restoration Project (PSRP) which is a component of the Comprehensive Everglades Restoration Project (CERP). On July 9, 2021, Faka Union Pump Station reached a major milestone. It was activated for the first time by SFWMD Governing Board Member Charlette Roman and started pumping up to 2,650 cubic feet per second (cfs) of water into a large spreader basin. The basin fills up and allows water to slowly flow naturally through the area and restore its natural state of hydration.

According to the staff of SFWMD, in the 1960s, the developers for South Golden Gate Estate (SGGE) dug canals to drain the land and constructed miles of shell-rock roads, destroying the natural habitat.

SFWMD Board Member Roman added, “under the direction of Governor DeSantis to expedite Everglades restoration, the District has worked with its partner, the U.S. Army Corps of Engineers (USACE) to start filling some of those canals and this is one of the top 19 projects of the Governor.”

The Picayune Strand Restoration Project is meant to give the land a second chance and to right the wrongs made over 60 years ago. The staff of SFWMD provided the Marco Island group with a progress report as follows:

What does it all mean once it is finished? According to staff of SFWMD, PSRP will restore over 55,000 acres of Native Florida Wetlands and uplands in Southwest Florida resulting in improved flows of water into Collier Seminole State Park, the Ten Thousand Islands National Wildlife Refuge and the Rookery Bay National Estuarine Research Reserve. The cleaner water flowing into these areas will enhance the habitat for fish and wildlife, which is so important for people who fish around Goodland, Marco Island and Everglades City, added Roman.

Roman thanked the members of the City of Marco for attending the tour and urged the group to get the word out about this important restoration project and its importance not only to Marco Island but to SW Florida.

For Councilor Joe Rola, this project reminded him of the Disneyland/Orlando project which drained the swamp for development. Councilor Folley was able to connect the dots about the failed SGGE development. Councilor Irwin was impressed and called the project “proactive.” Councilor Blonna was equally impressed with the project and the plans to construct levees to protect the neighboring communities from flooding; Assistant City Manager Lucius added that this project is a great example of government agencies working together for the residents and the environment in preserving resources for the future. “You can’t really fathom how massive this project is, and this pump station is just a tiny part of the 55,000 acres restoration project,” added MICA’s Executive Director, Ruth McCann. City Manager McNees added, “If you live on Marco island you think you are the center of the universe. It was important for us to learn the history of this part of Florida.” He went on to thank the staff of SFWMD “in helping us understand how Marco Island fits into the bigger picture.”