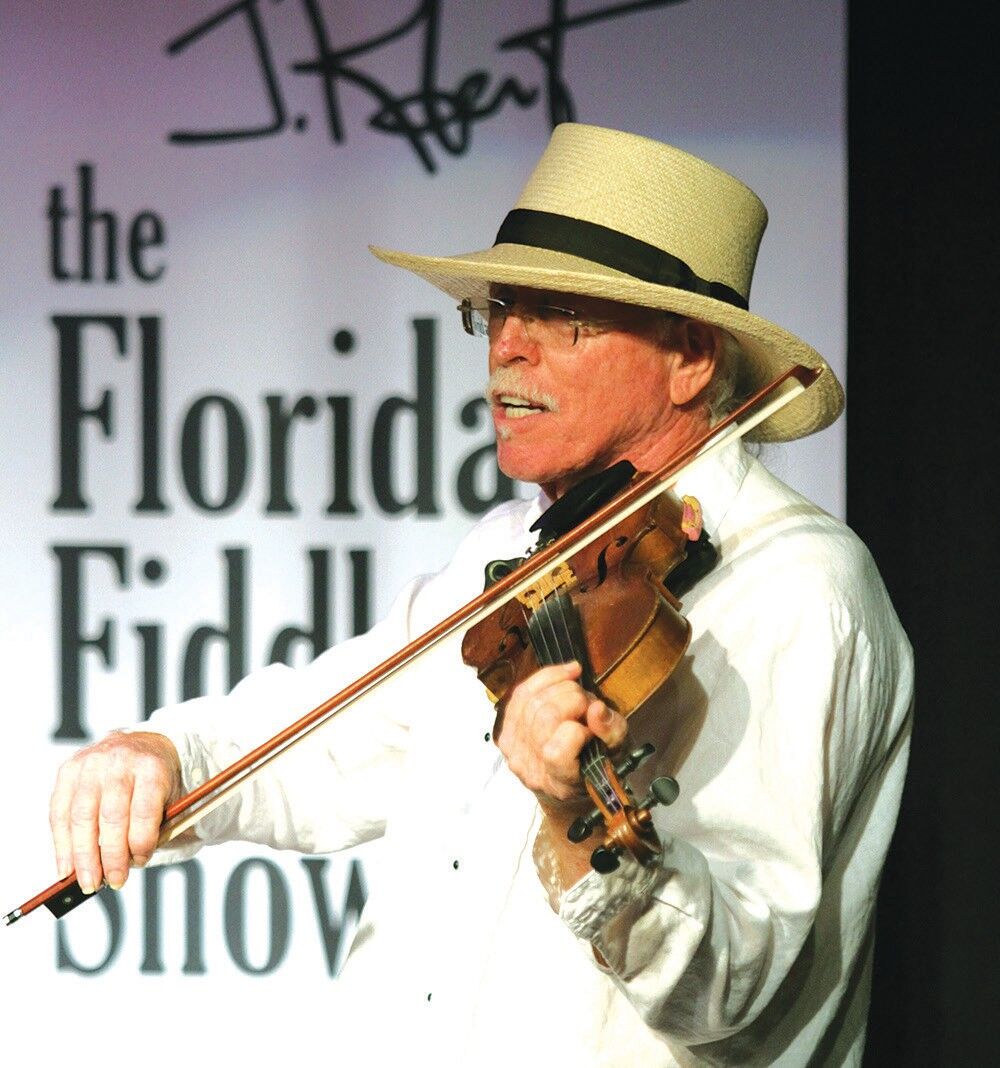 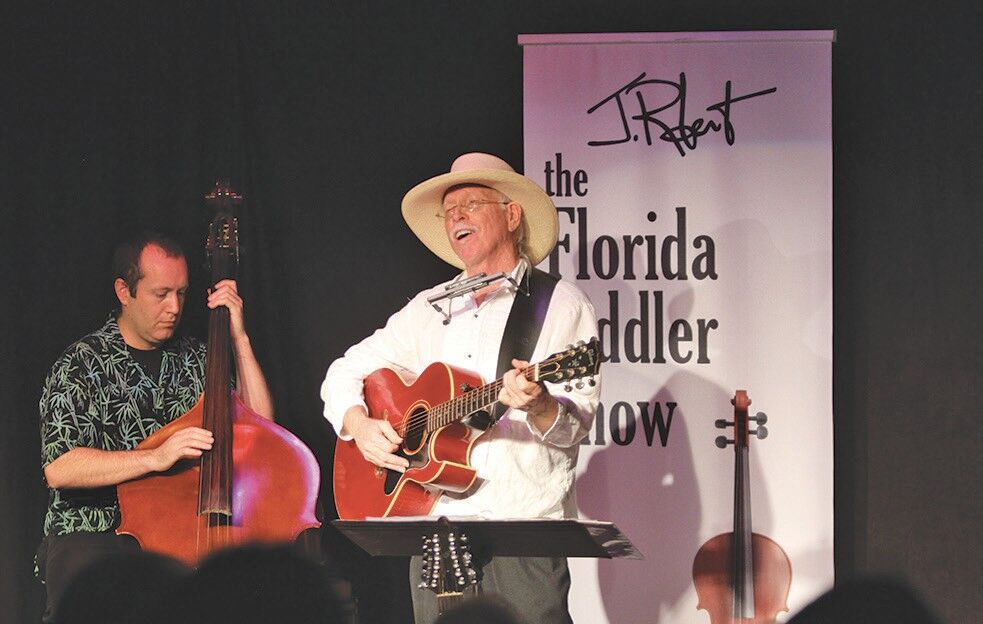 He started out by explaining to the audience the difference between a fiddle and a violin.

J.Robert thrilled the crowd with over a dozen songs, mostly written by himself, interspersed with stories—some touching, some humorous, some educational—about the history of Florida, the fiddle, and of fiddlers like himself. He used a clever technique of portraying a grandfather talking back and forth with his grandson, with the Florida Fiddler playing both roles convincingly.

It’s hard to say whether the audience likes the stories better, or the songs better. What is safe to say is that the Florida Fiddler knows how to deliver both. After four verses of “Florida Fiddler,” J.Robert sang one of his favorites, “Sand in My Shoes”—an affliction all Marco Islanders can relate to.

Then a new song about Hurricane Irma, with nods to the residents of Goodland and Everglades City who were especially harmed by the hurricane’s wrath. Another new song was “Cone of Uncertainty,” in which J.Robert tells of the Seminole’s belief about hurricanes. “Life in the Bicycle Lane” seemed especially appropriate with the eighth riding of the Tour de Marco taking place the next day. Houghtaling had the crowd singing and humming along to the song’s hook.

J.Robert followed that with another original, “Land of the Walking Tree,” a beautiful song about a tree very important to Marco Island, the mangrove tree.

The finale, a song not written by J.Robert, “Orange Blossom Special,” capped a fine performance and earned the Florida Fiddler a rousing ovation.

Turn to the B Section of this issue to read about J. Robert Houghtaling’s Florida Songwriter Showcase and the lineup for the next show, on March 5, 2018.

Marco’s own JRobert Houghtaling is bringing his Florida Fiddler Show to the Marco Players Theater on September 8, 10 and 12. The 2016 Marco Is…