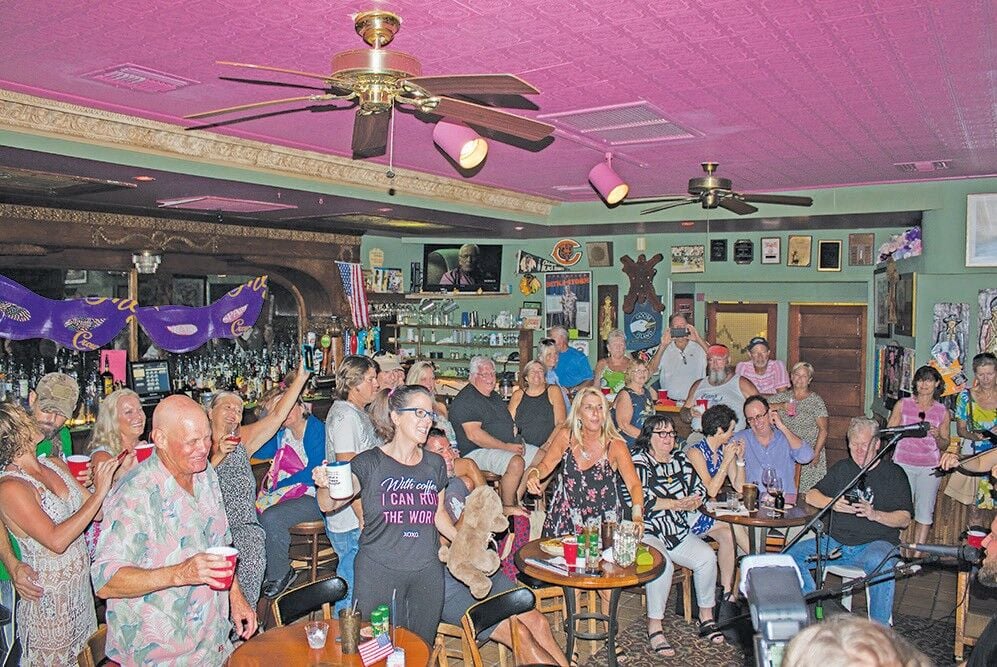 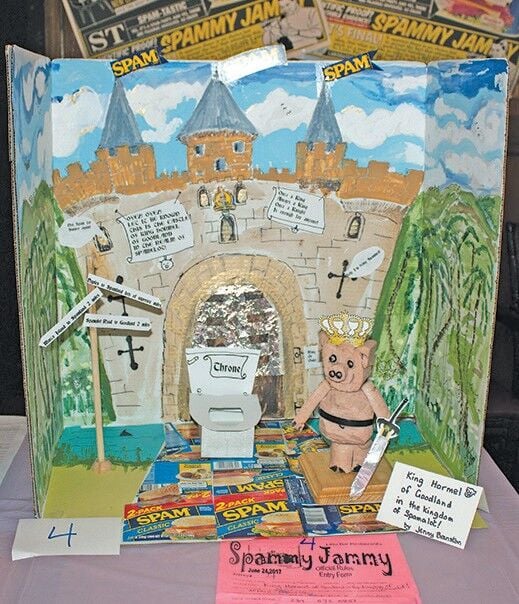 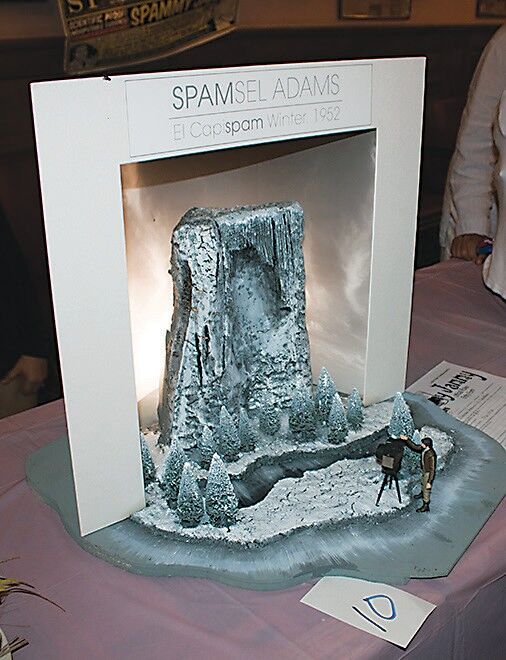 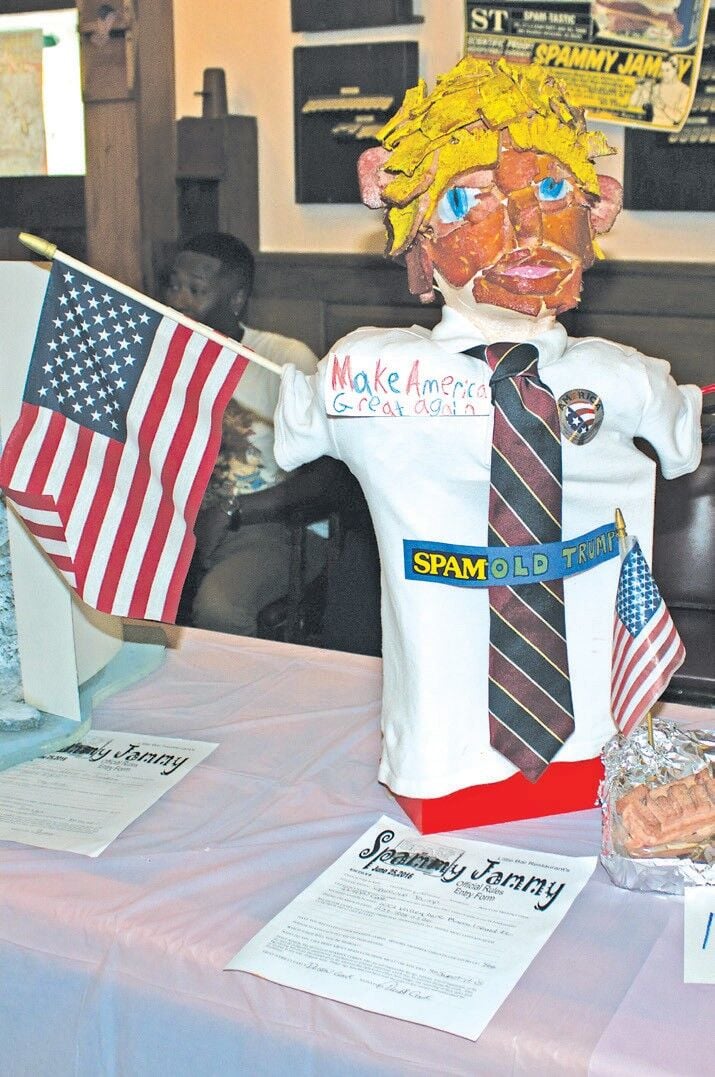 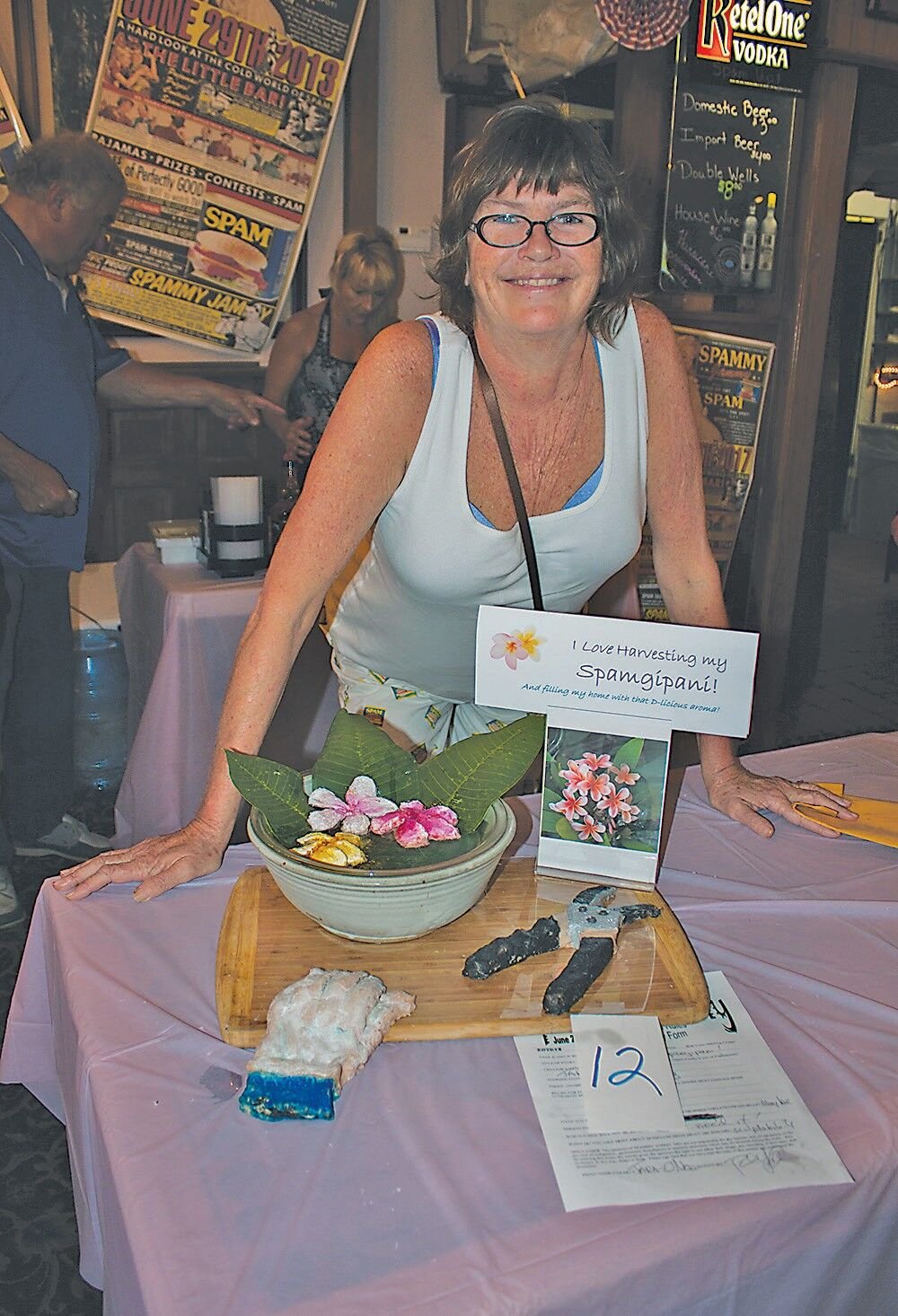 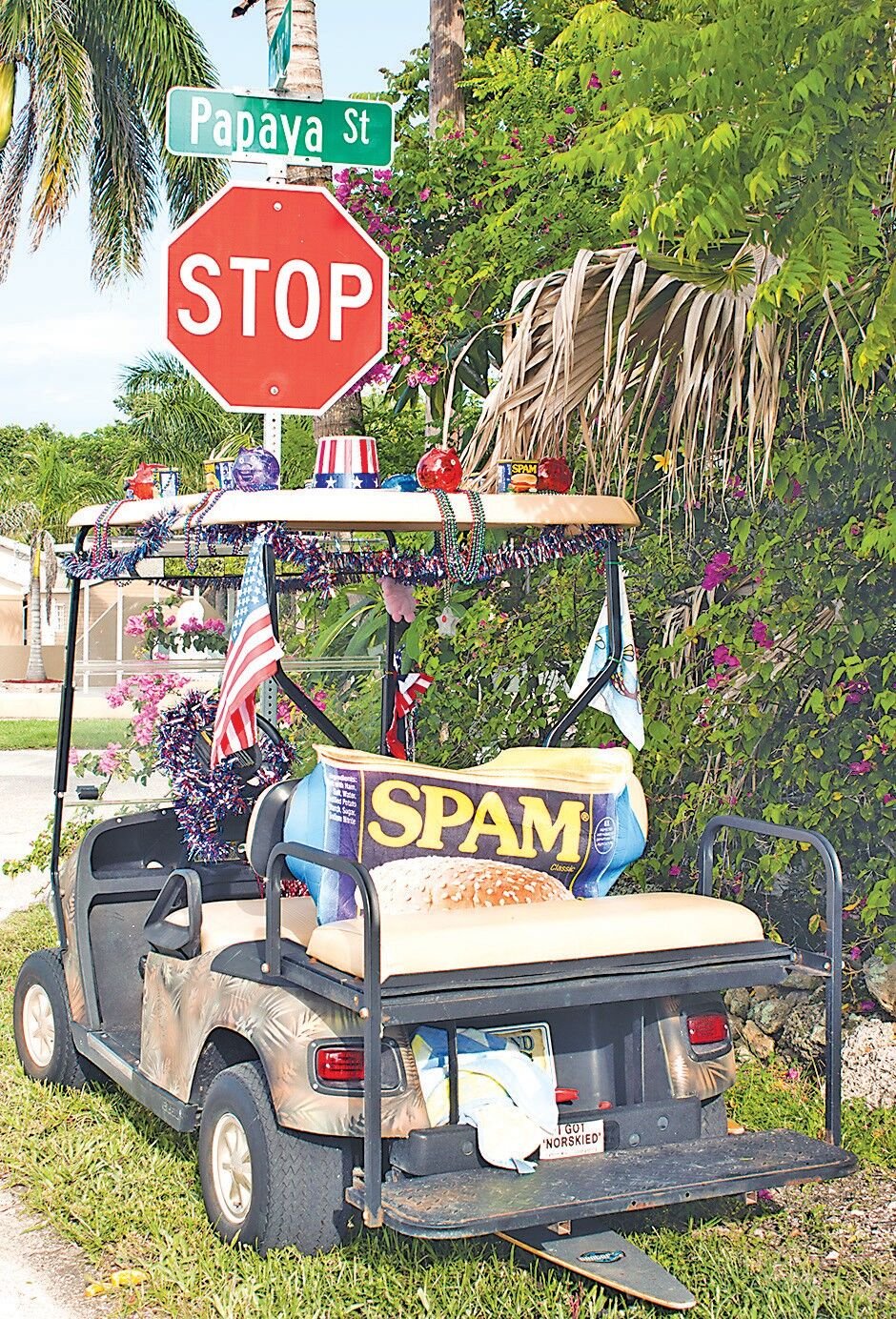 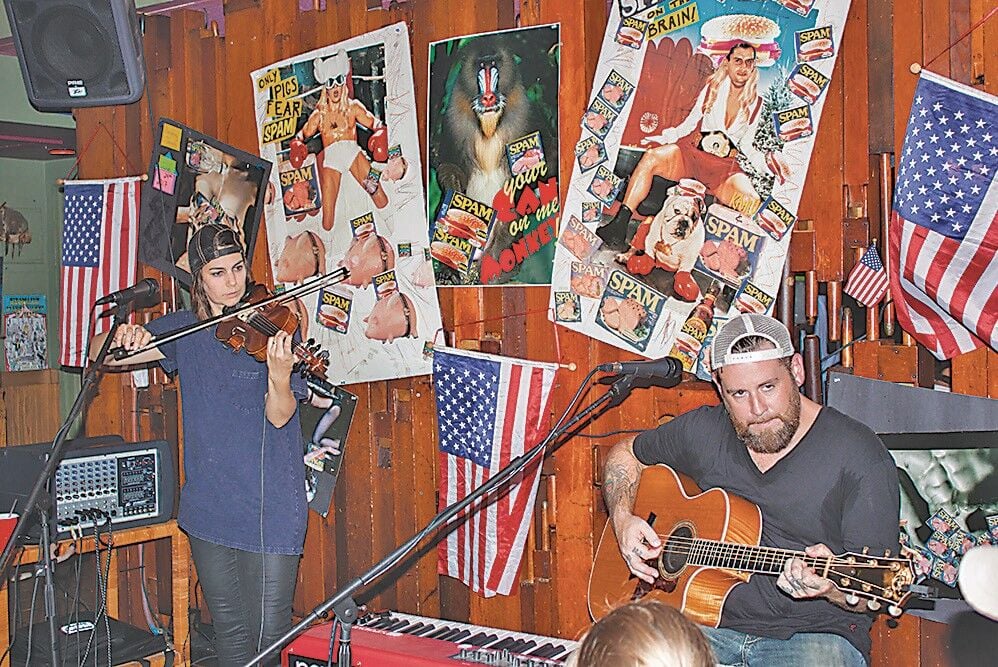 June marks the start of Hurricane Season here in Southwest Florida and ham in a can never looked so good. The Little Bar Restaurant’s annual “Spammy Jammy” event was held on Saturday, June 24, and the subsequent “Spamover” on Sunday June 25, in hopes of warding off potential hurricanes this summer.

What is Spammy Jammy you ask? It involves two essential

components, Spam and pajamas. The history of the event was mentioned in a press release earlier this month from the Marco Island Chamber of Commerce, “As climate change had made it difficult to predict the end of rainy season, the party moved indoors (mostly). Surviving ‘the season’ (and an excuse for one last hoorah) became the reason. It was during this shift in time, from fall to spring, that an out of season hurricane threatened the reverie. Dusty cans of potted pork purchased previously played prominently in the production of the first Spammy Jammy. ‘Let’s see if this can of Spam has a use by date and heat ‘er up.’”

This event is viewed as a forum to poke fun at

various institutions and social trends, all with a touch of humor. Contestants submitted their spam infused creations to be judged. The rules are simple: no other canned meat may be substituted. Spam entrants were required to bring their works of art, food, or architecture to the Little Bar between 5 and 8 PM. A panel of judges reviewed each entry and a winner was chosen from each of the three categories. There were entries such as “Spam-old Trump,” and even chocolate covered spam cookies. The entry period remained open while the opening musicians kick-started the evening.

Musician Kelly Halloran, better known as KD Fiddler, played the violin and special guest Dan Signor accompanied her with vocals. The duo had the crowd

in high spirits with covers of popular songs requested by the audience. They sang everything from pop songs by Taylor Swift and Justin Bieber to classic songs by Kings of Leon, Primus, and Elton John. Headliner Raiford Starke Band later wowed the audience with crowd favorites, getting them up onto their feet. Other musical guests featured throughout the weekend were singer and songwriter Merrill, and The Richmonds.

With the unpredictable weather we’ve experienced entering storm season this year, locals celebrated the close of season with a bang. This event reminds all locals to be prepared in case of a hurricane, while also remembering to have a little fun.

Little Bar is located at 205 Harbor Place. For more information contact the Little Bar Restaurant at 239-394-5663 or visit www.littlebarrestaurant.com.