Skip to main content
You are the owner of this article.
Edit Article Add New Article
You have permission to edit this article.
Edit
Home
News
Columnists
Sports
Opinion
Food & Entertainment
Lifestyles
Obituaries
Classifieds
Calendar
1 of 5 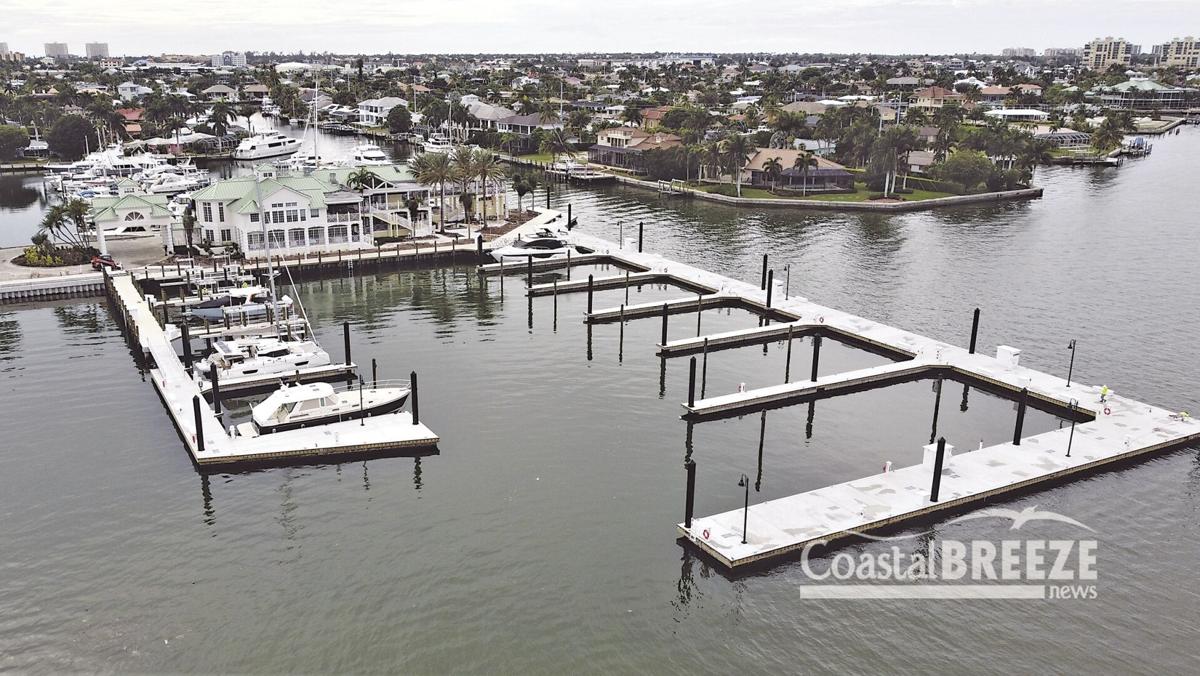 Aerial view of the new dockage.

Watching from the 2nd story. 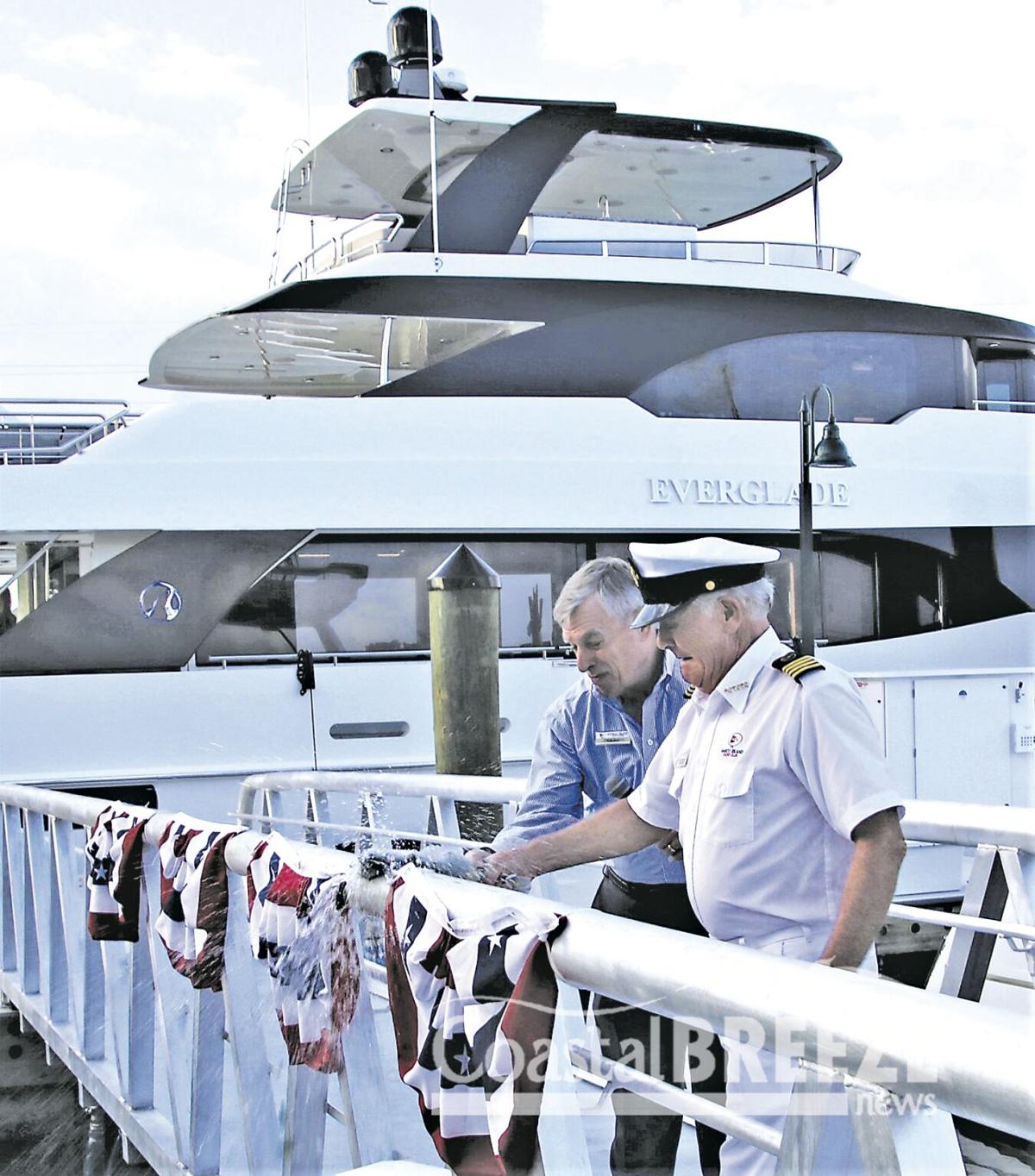 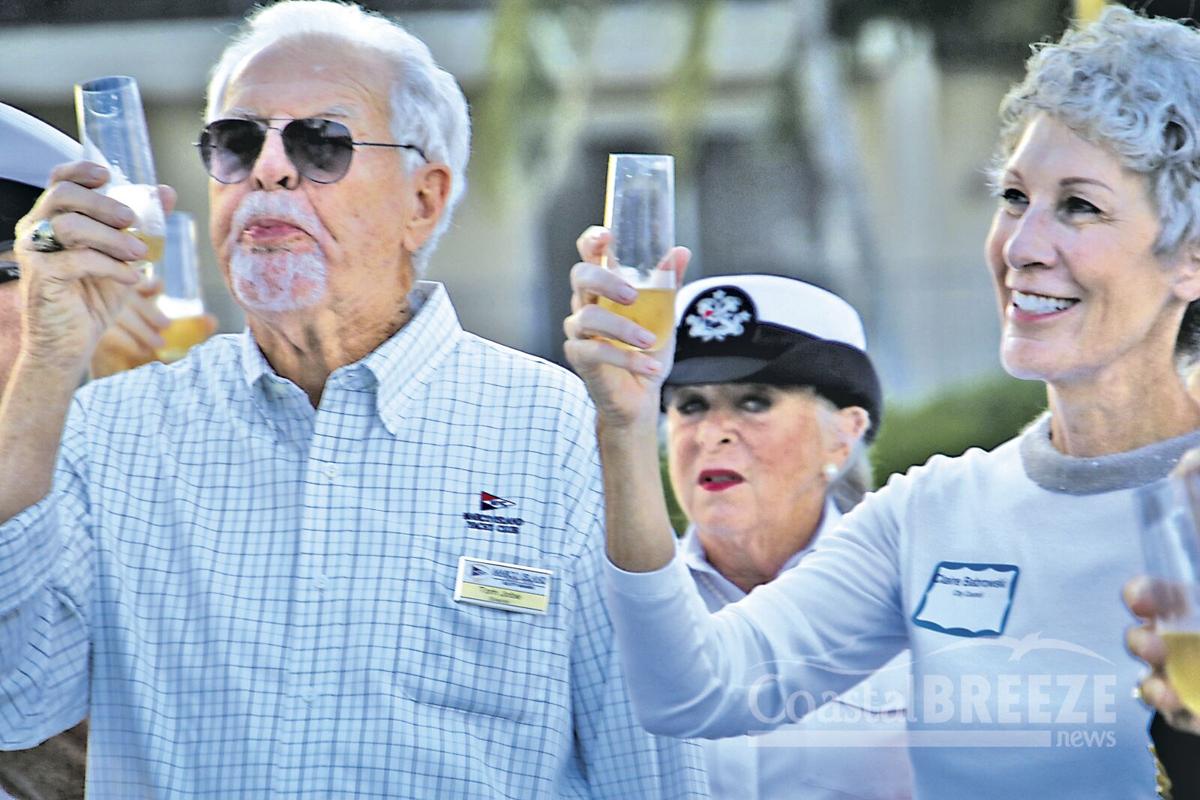 A toast to the new dockage.

A dream that began in 2007, which in 2008 was shelved due to recessionary pressures affecting the entire world economy, was ultimately brought back to life in 2019, when the Marco Island Yacht Club dusted off their plans and resubmitted them to the city.

On Tuesday, November 9, 2021, the club realized their dream to provide the most modern marine dockage facility in all of Southwest Florida.

The Marco Island Yacht Club is a member-owned club, founded in 2001 after being purchased by Jack Antaramian, the owner of Antaramian Properties and a well-known Collier County developer.

The christening of the new Riverside Marina, located in front of the Marco Island Yacht Club, was a dream that dated back almost 15 years. David Everitt, the club’s Chairman of the Board of Directors, recognized former member Rudi Landwaard, who was instrumental in the original plans.

Everitt thanked all of the board and other dignitaries for helping to make the dream a reality, before leading them out dockside for the official ceremony.

“This is a great addition to our community and certainly demonstrates extraordinary vision by the leadership of this great organization,” commented City Council Chairman Erik Brechnitz. 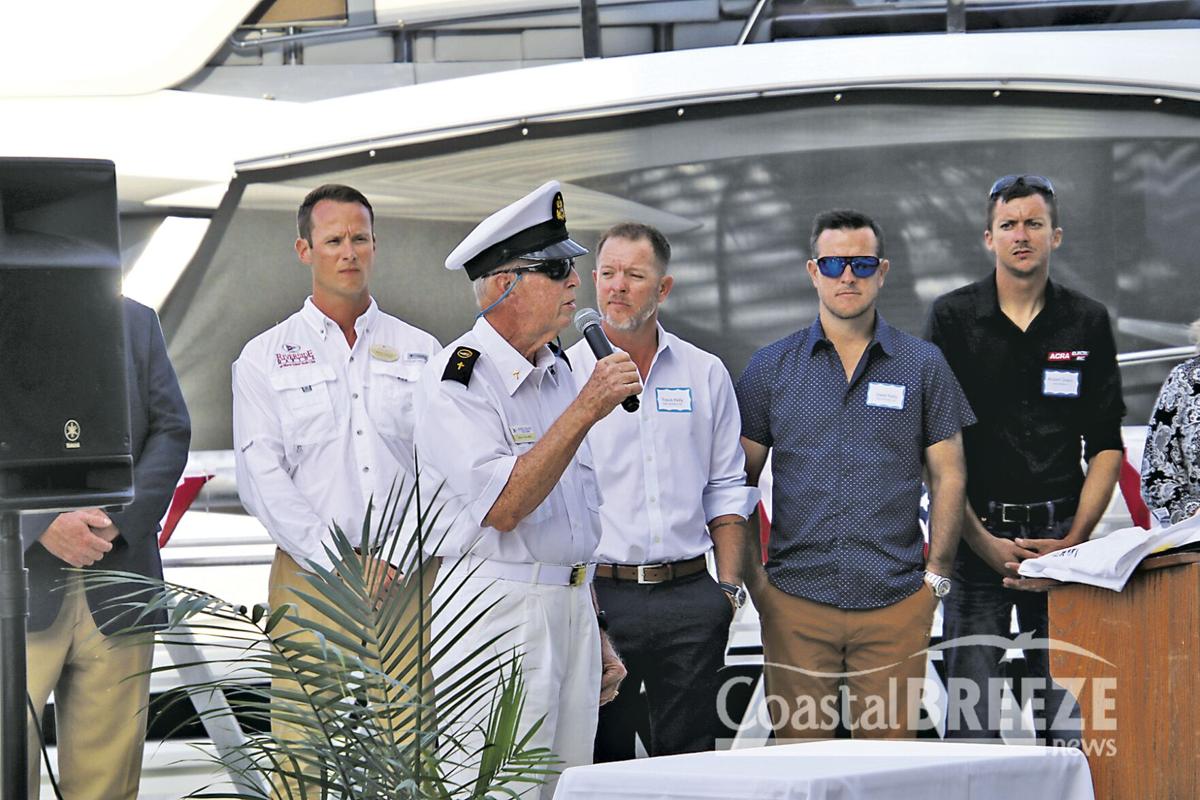 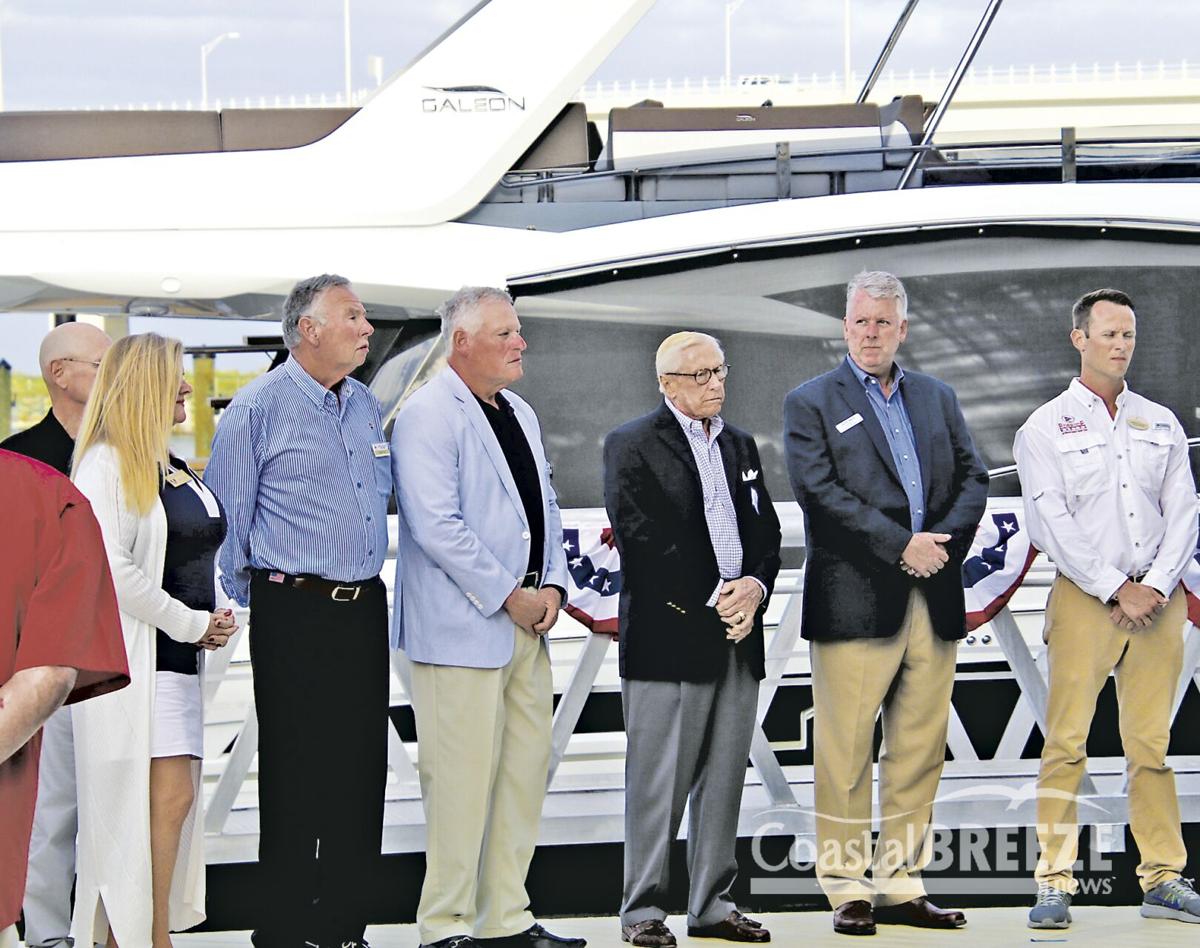 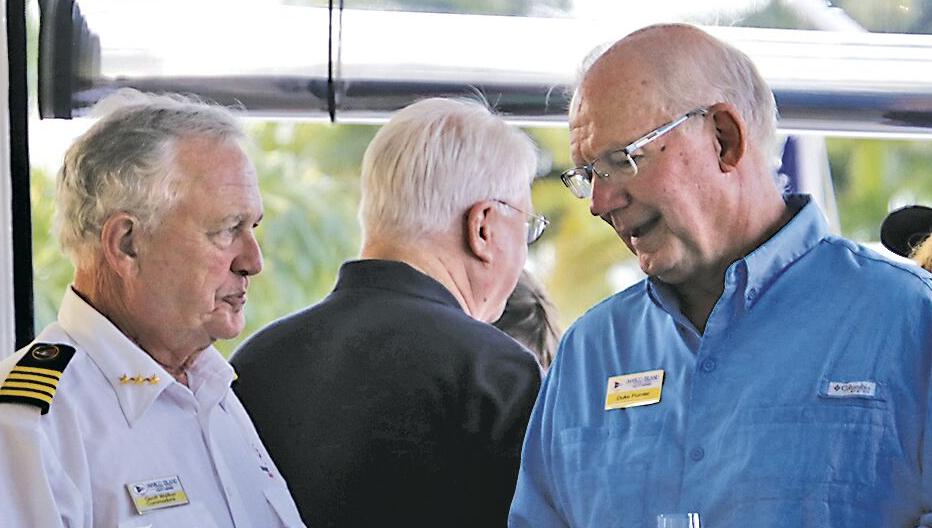 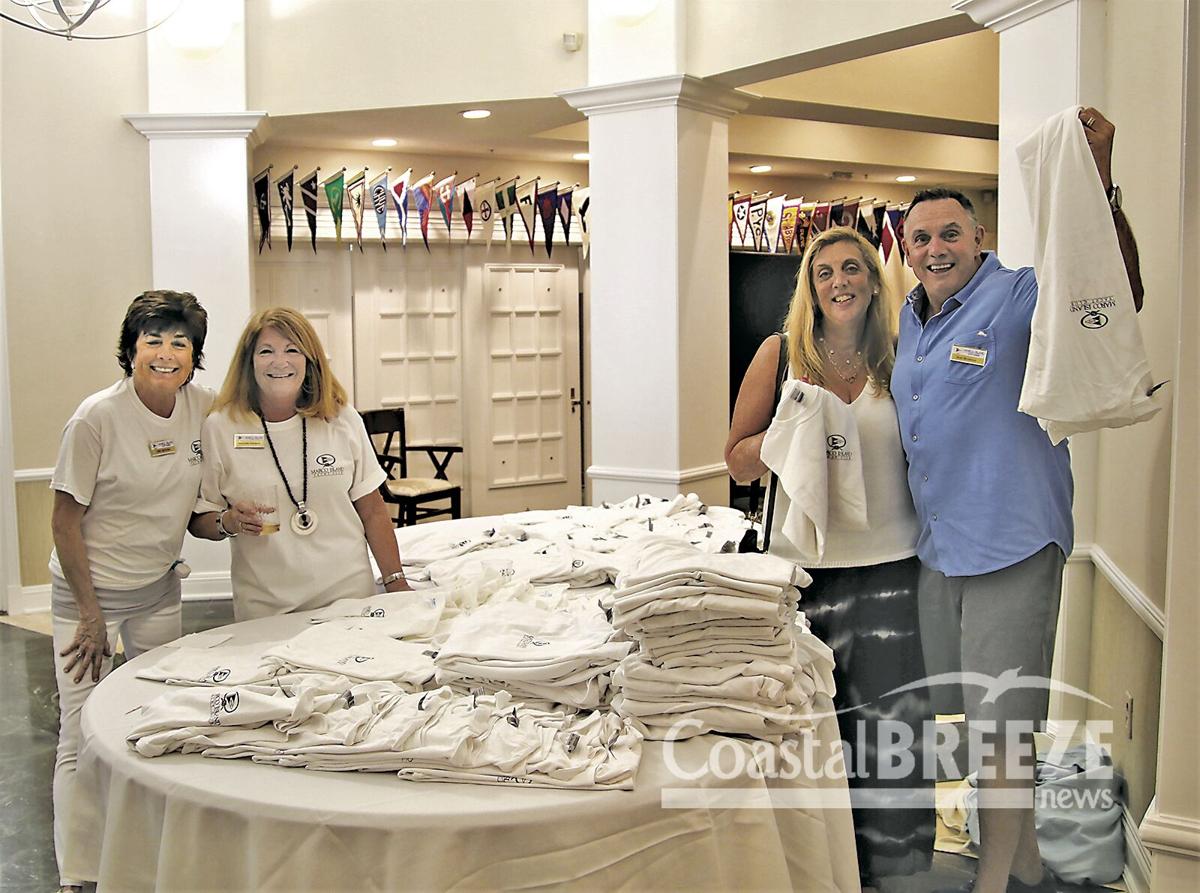 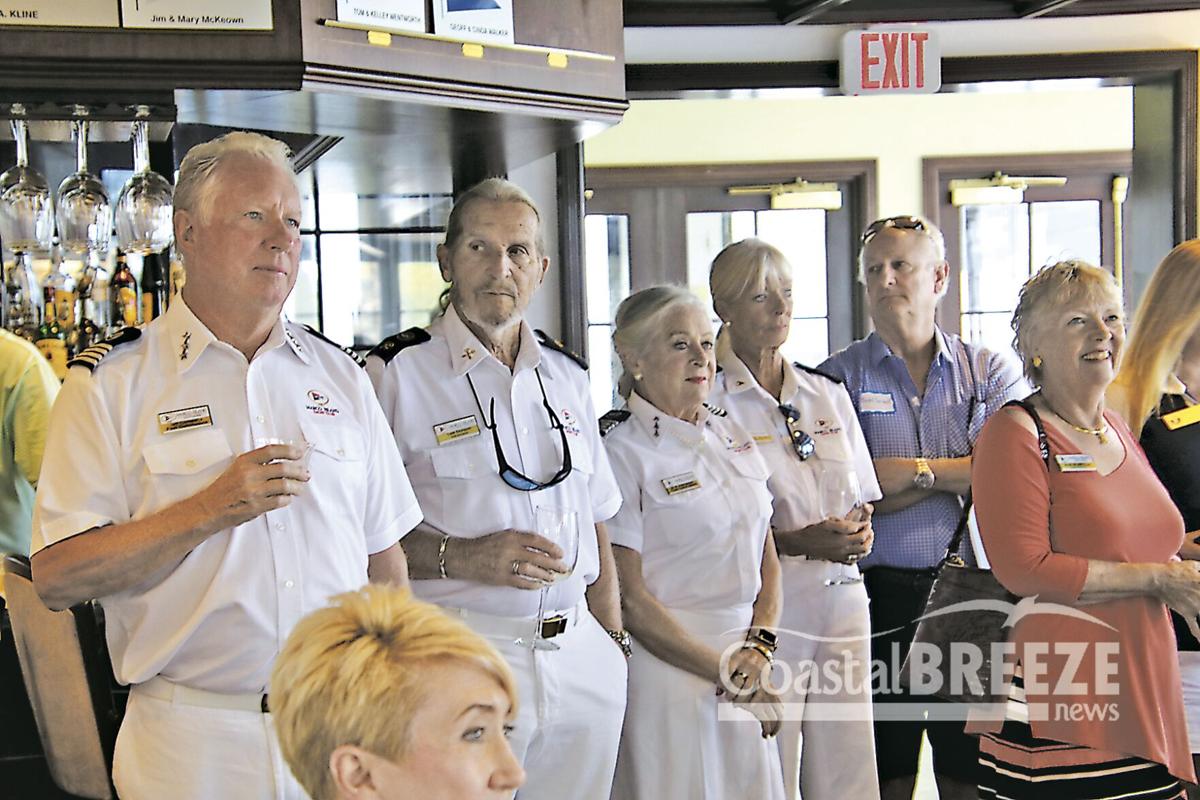 Yacht club members posted themselves on the second-floor balcony to enjoy a birds-eye view of the proceedings. Board Chairman Everitt continued the festivities dockside, which included an invocation by Yacht Club Chaplin Alan Sandlin prior to the official christening of the new facilities by Everitt and Yacht Club Commodore Geoff Walker. 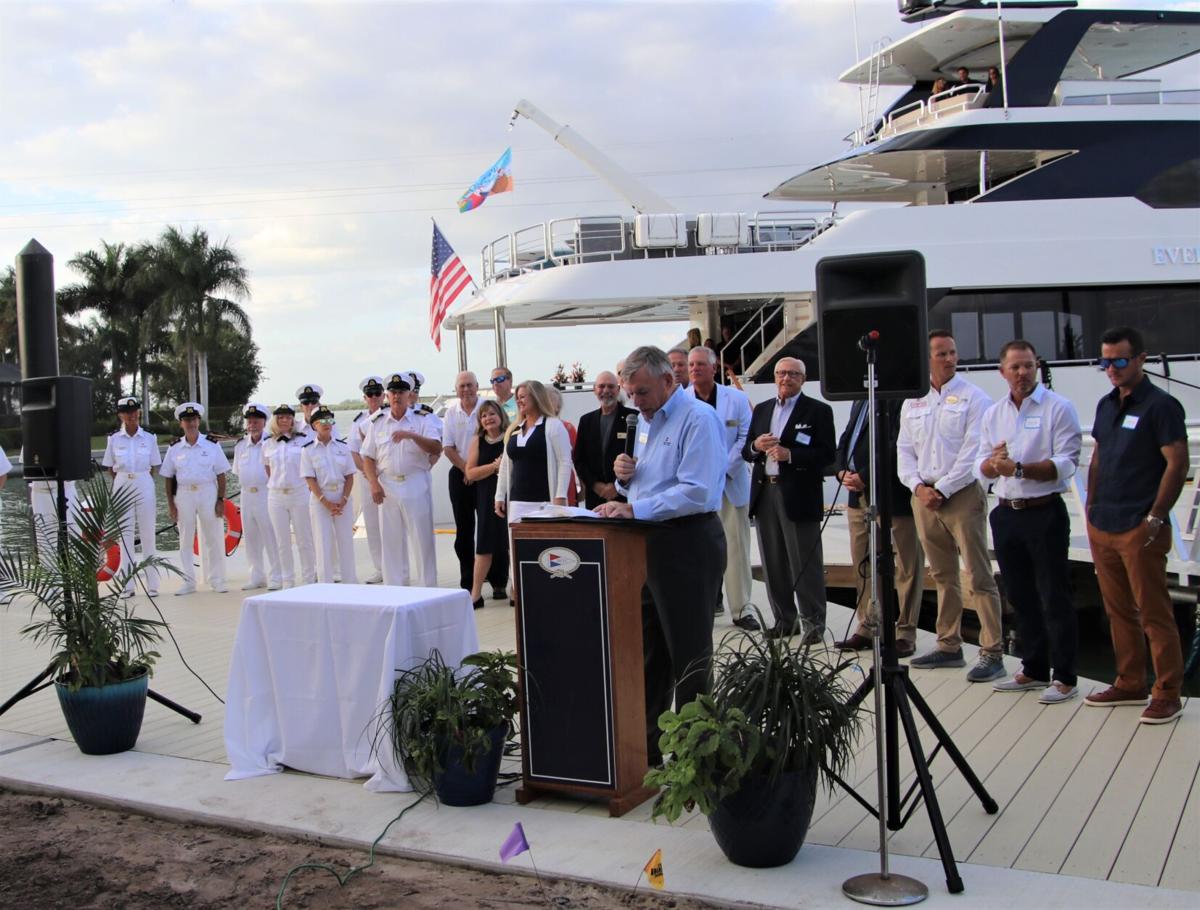 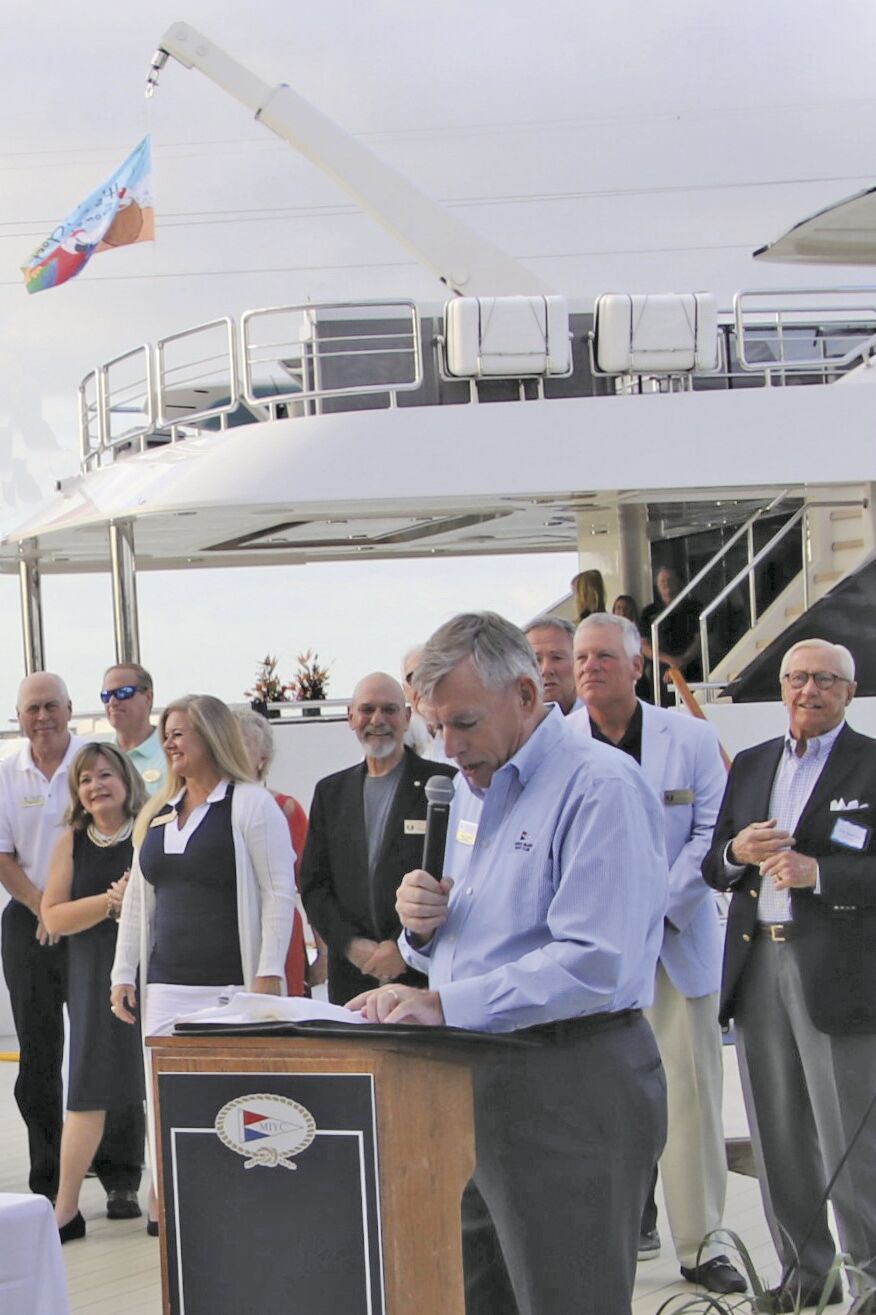 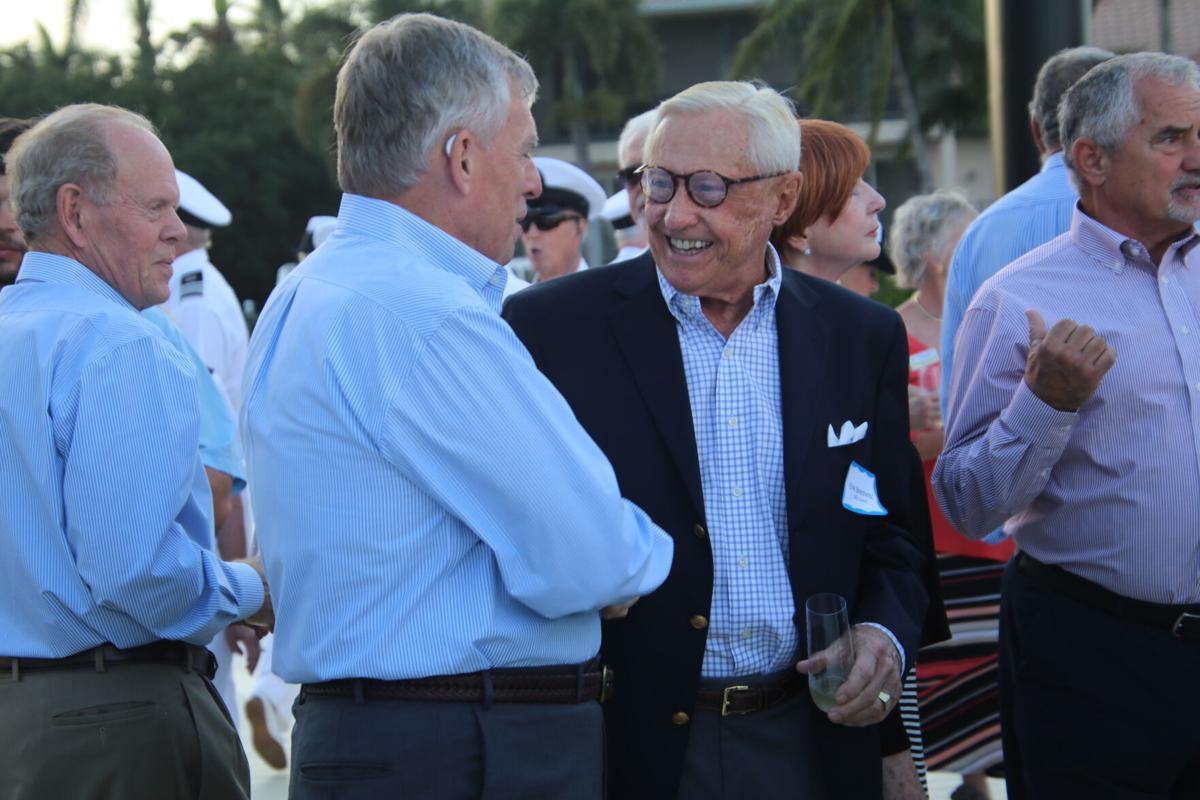 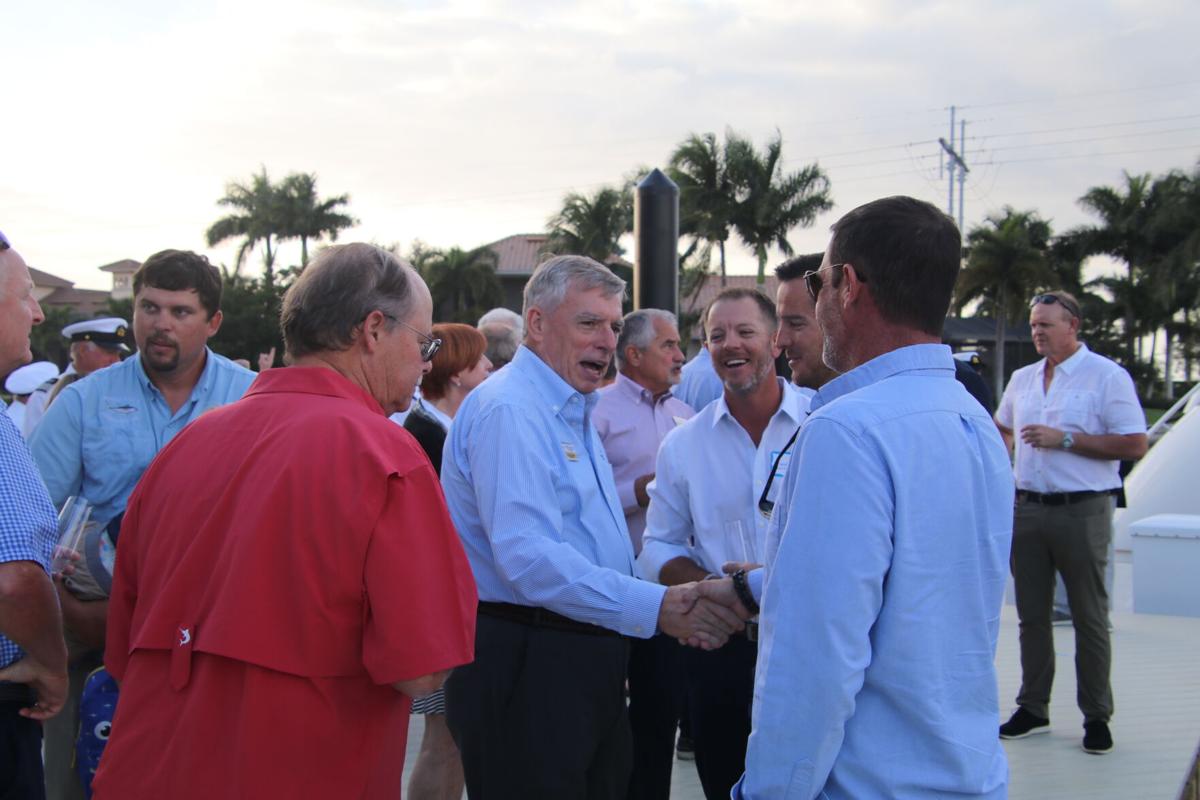 Everitt has often spoken about Southwest Florida’s exploding demand for boat slips over 65 feet in the last several years. The fact that all but one slip is already spoken for may well be the proof positive of the club’s wisdom to move forward on this project.

The project has now provided 27 new wet slips, ranging from 45 to 125 feet in length. Everitt proudly pointed to the new 125-foot yacht sitting as a backdrop to the festivities. Short and long-term leases will be available, as well as dockage for transient boaters who are visiting the island. Five fixed docks with 40,000 lbs. lifts are part of the total of 27 new docks, in addition to the 22 floating docks. All but one of the 125-foot slips are spoken for.

The facilities are provided with state-of-the-art amenities, including water, electricity, pump out facilities, lighting, Wi-Fi and security cameras. The club will also provide boat-side food service to those desiring it through the Yacht Club’s catering service. 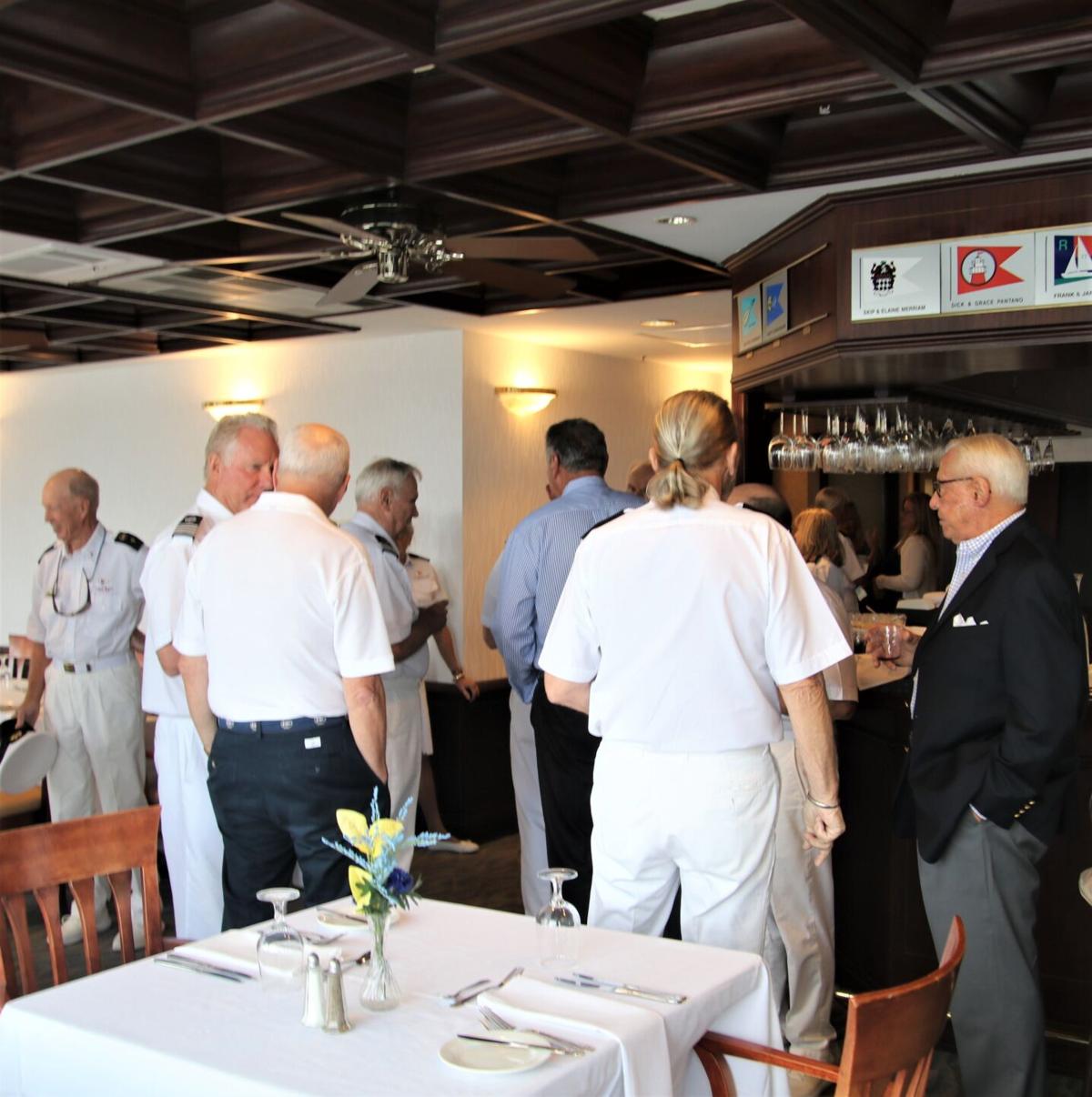 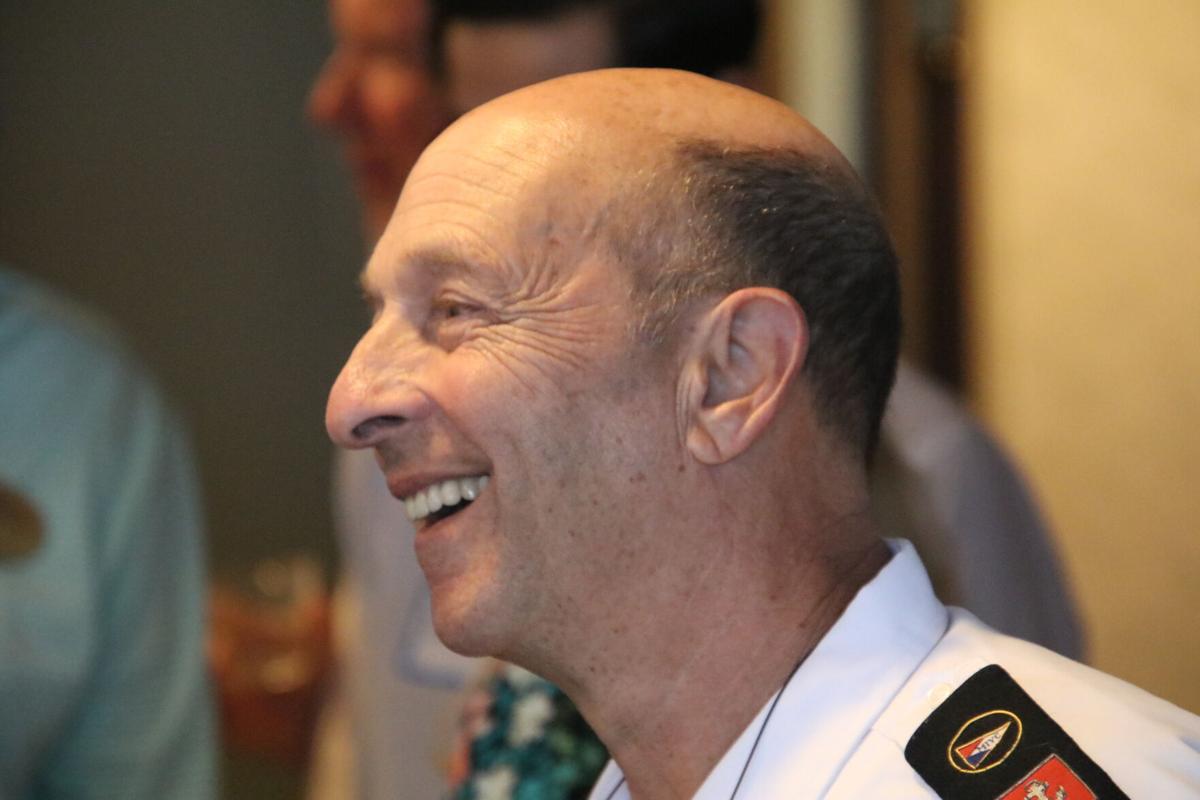 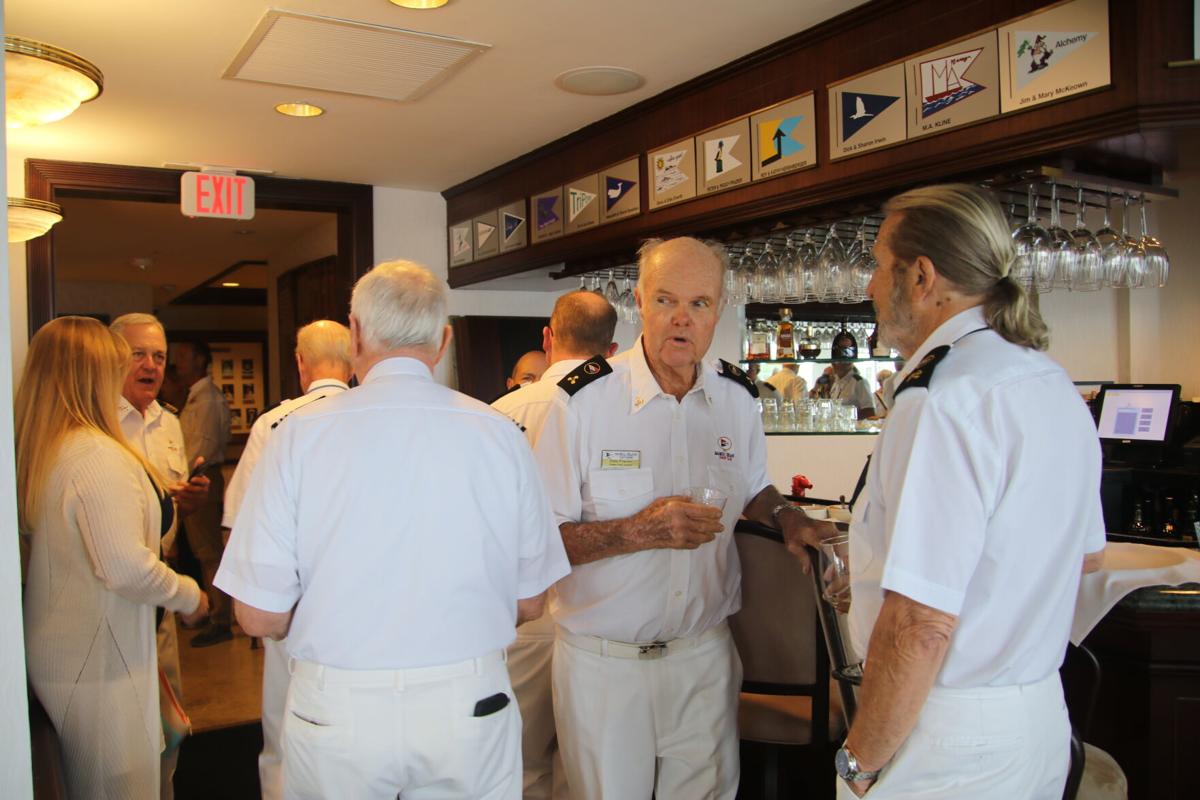 As part of the project, new seawalls were constructed, as well as new restrooms and landscaping.

Everitt proudly pointed out that due to the docks’ state-of-the-art design, the marina meets Category 1 to Category 3 Hurricane Construction Standards.

As they enjoyed hors d’oeuvres and refreshments, members continued to gaze out from their second floor location upon the addition of 27 new docks that now serve as an upscale entry for the island.