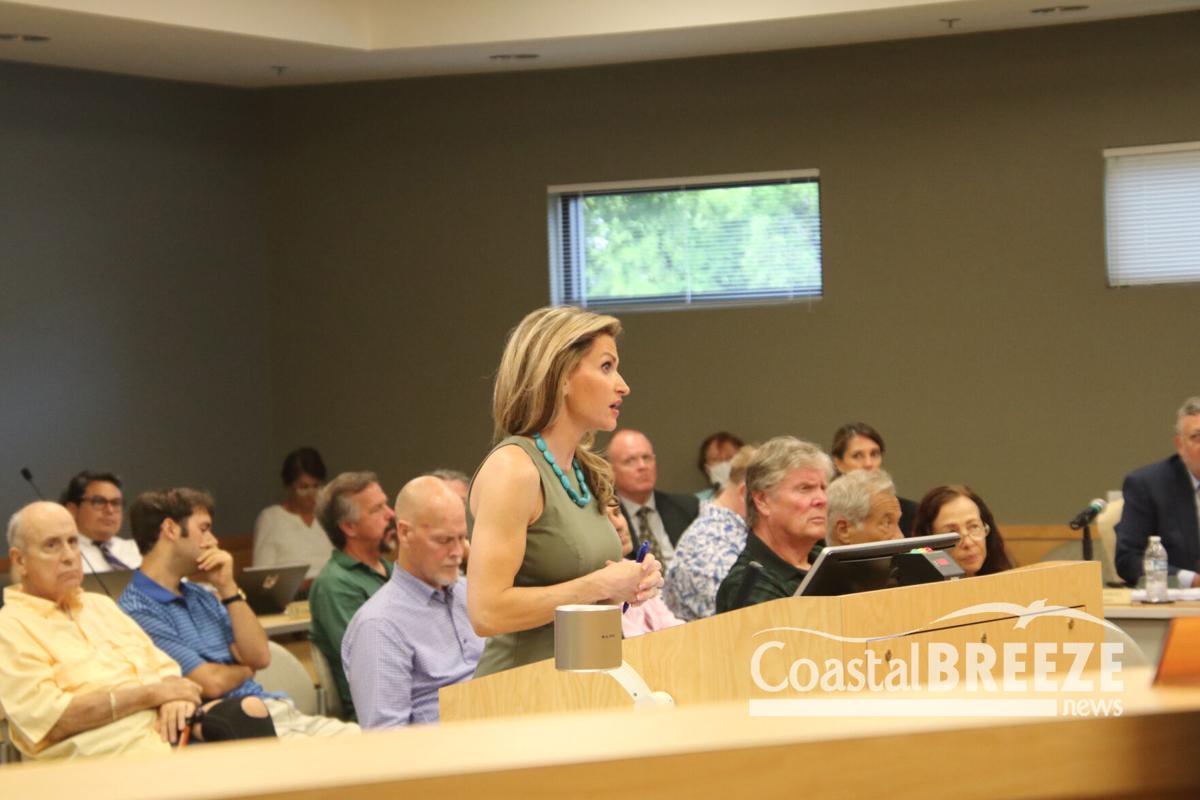 Alexis Crespo of Waldrop Engineering, a member of the FGCU team of consultants who presented the plan to council. 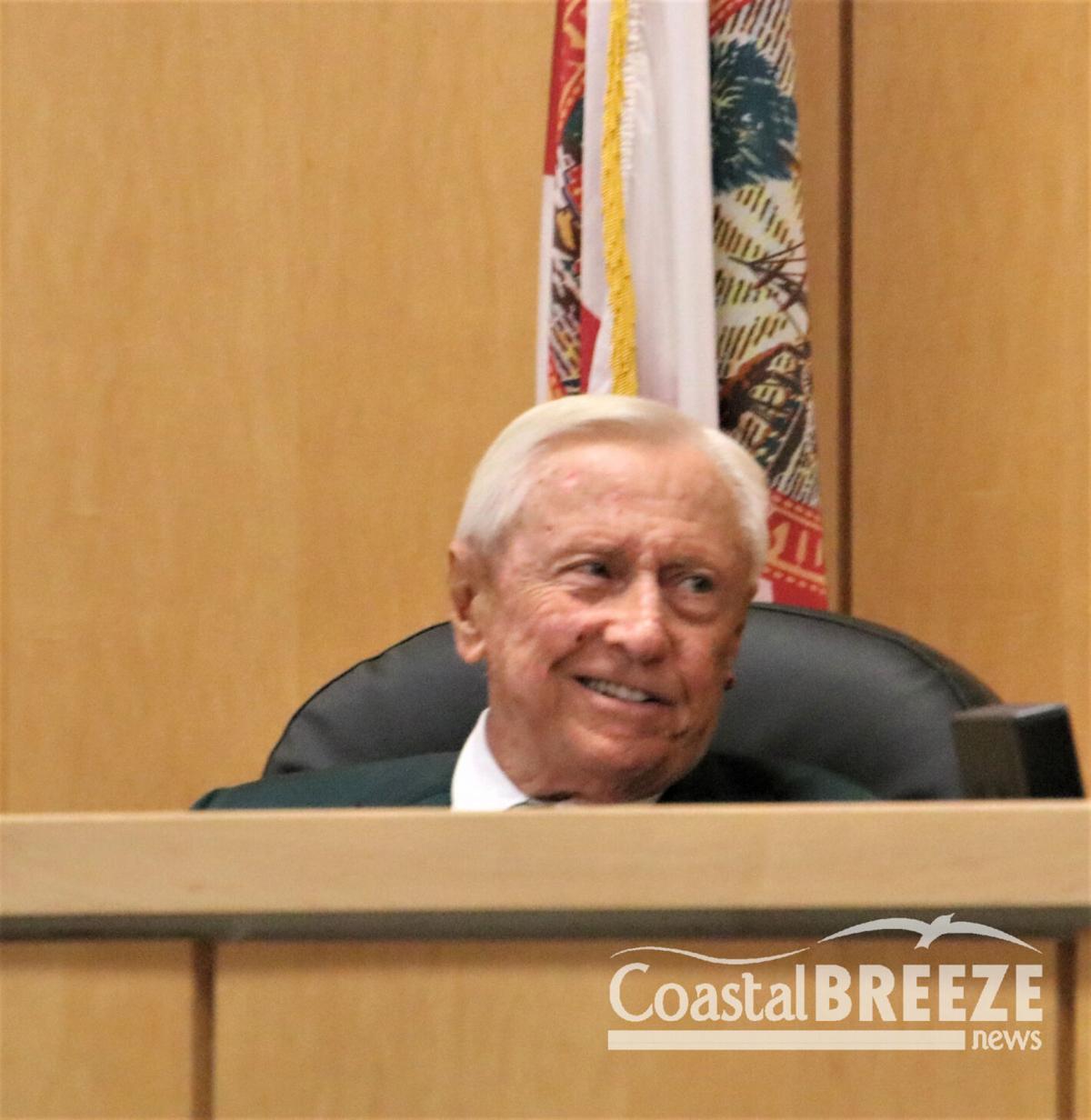 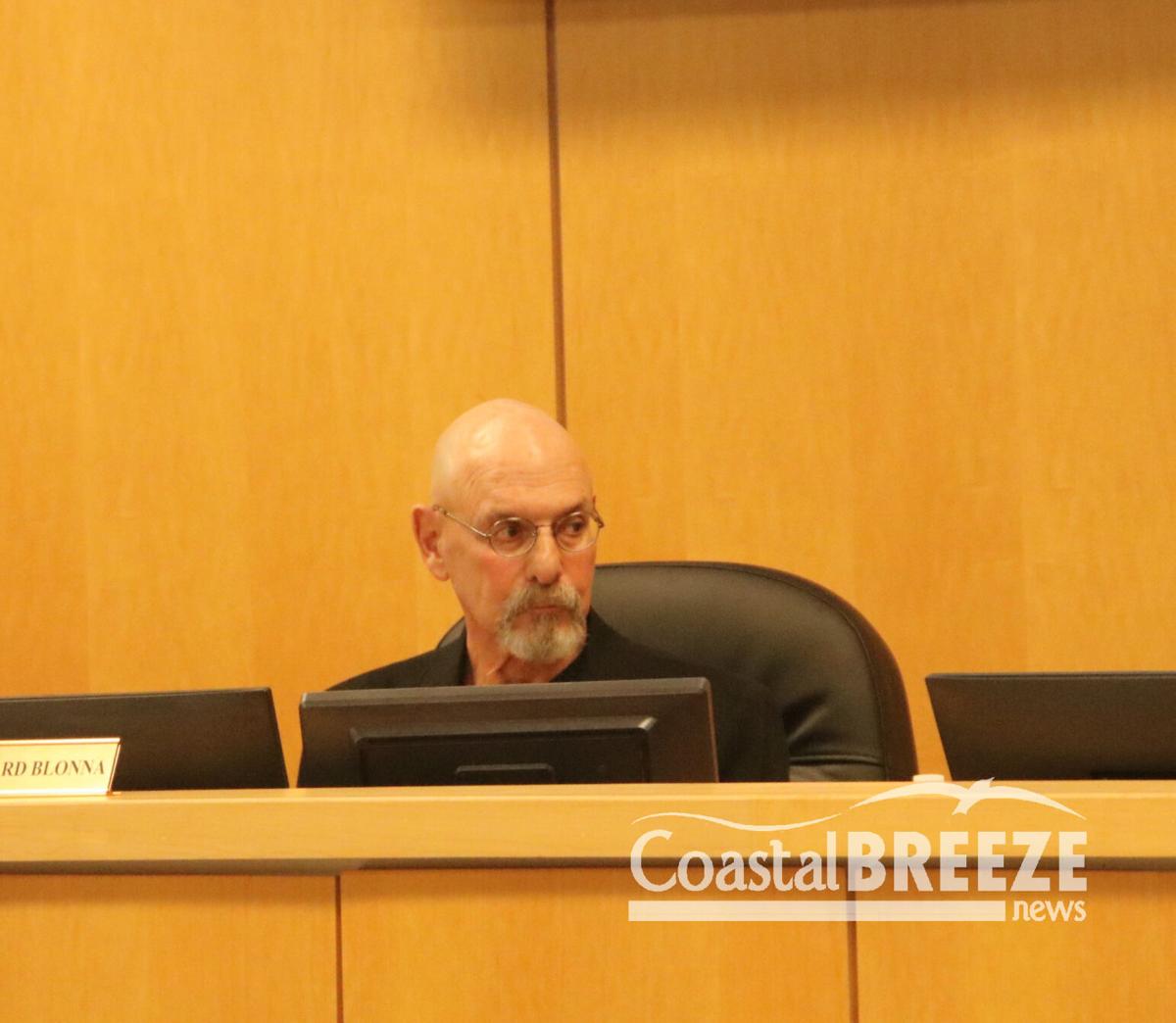 City Councilor Richard Blonna asserted the idea that Marco Island should be regarded as a “Livable Coastal Resort City With a Small-Town Feel.” 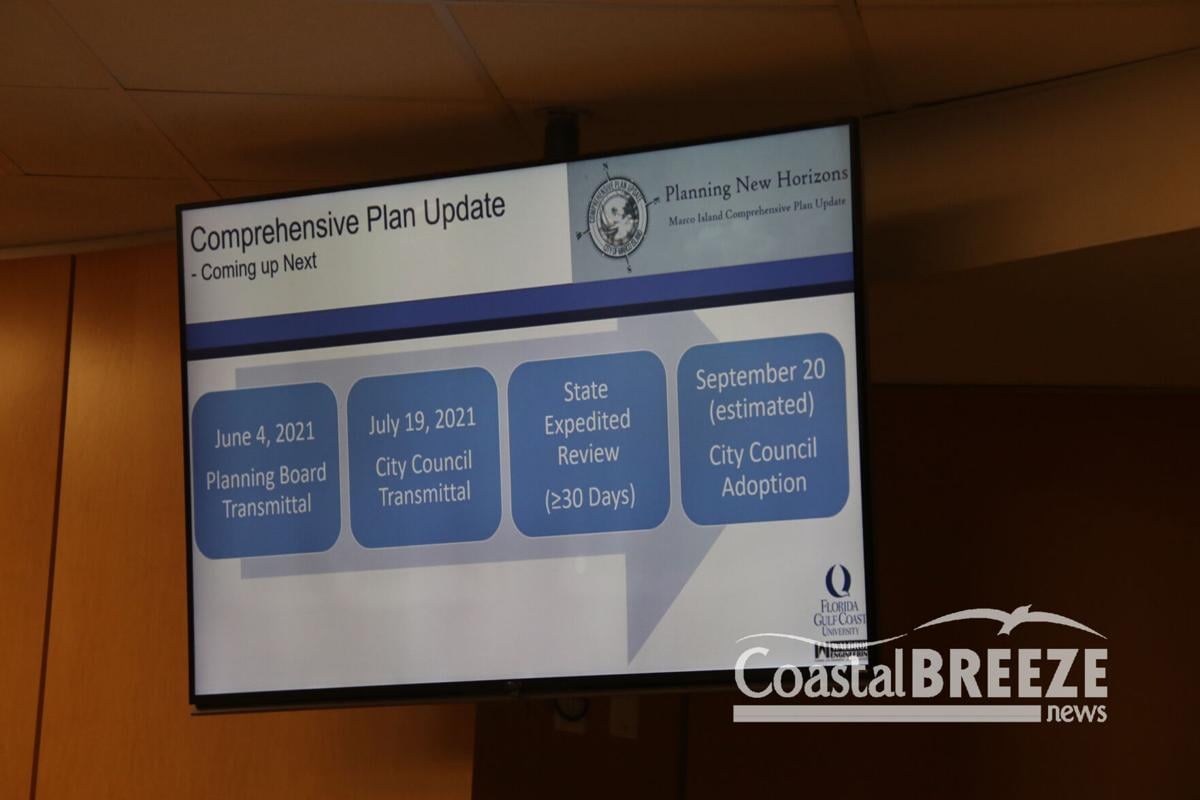 Council discussion was held on the revised Comprehensive Plan and Map Series, due to be sent to Tallahassee this year.

Alexis Crespo of Waldrop Engineering, a member of the FGCU team of consultants who presented the plan to council.

Council discussion was held on the revised Comprehensive Plan and Map Series, due to be sent to Tallahassee this year.

The Marco Island City Council pulled off a “hat-trick” of sorts when they convened for three separate occasions on July 19, 2021. After holding a nearly three-hour session starting at 1 PM to discuss the operational budget for 2021-2022, they convened again at 5 PM to hear from District 1 County Commissioner Rick LoCastro on items that may affect the city. Then at 5:30 PM, Council gathered once more. During this session, lasting close to five hours, councilors discussed a range of issues; from the height of a garage door, to the transmission of the draft Comprehensive Plan to the State of Florida, and finally, to the adoption of the newly-revised Noise Ordinance brought forth by Police Chief Tracy Frazzano.

City Manager Michael McNees continues to connect the dots and fill in the blanks as he pulls together his vision for his “dream team” of front-line management personnel to run the city.

Last year McNees received permission from council to initially hire Casey Lucius to serve as the Assistant to the City Manager. It was obvious to all that came to know her that the position she has held for just under a year is not reflective of her duties or her capabilities.

McNees requested that council endorse his desire to upgrade Lucius’ position to that of Assistant City Manager. That change would allow Lucius to be granted “line authority,” hence providing her with supervisory and command authority within the organizational structure of the city. That would also give McNees the latitude to make other executive changes within the city’s executive staff.

In recognition of that change in her duties and the subsequent responsibility, the financial impact within the executive budget would be $15,000, in a budget of approximately $28 million.

District One Commissioner Rick LoCastro gave an update on matters ranging from cleaning up the areas on the north side of the Judge S.S. Jolley Bridge along Collier Boulevard, to reviewing how to best deal with the impact of increased usage of the Caxambas Boat Ramp and its accessibility.

Commissioner LoCastro reported on the progress of securing accessibility mats, which would provide better access for those who require such assistance. Commissioner LoCastro was proud to announce that later this fall the mats will be installed at the South Beach Access at the corner of Swallow Avenue and South Collier Boulevard.

The much-awaited discussion regarding the revised Comprehensive Plan and Map Series, which is due to be sent to Tallahassee this year, became more of an “anti-climactic event,” than the much-anticipated debate regarding how it might negatively impact the island.

The issue of Short-Term Rentals (STRs) seemed to overshadow the entire discussion on how to update the Comprehensive Plan, as well as the apprehension over how “redevelopment” might factor into the growth one might see here on the island.

The fears regarding an increase in density may have been alleviated when it was pointed out that the build out numbers in the 2009 Comprehensive Plan, which was transmitted to the State of Florida, were 23,200. That figure was reduced to 23,164 in 2018, and in the latest plan being discussed, the number remains at 23,164. The figures submitted in the 2009 Comprehensive Plan regarding commercial density have remained the same.

Those attending the meeting in person displayed the most emotion when Councilor Richard Blonna insisted that the island be described as a “Livable Coastal Resort City With a Small-Town Feel.” During his presentation, Blonna stated his belief that Marco is a “medium-sized city,” and we should discontinue our insistence on calling the community anything other than that. There was not much support for that assertion.

Councilor Erik Brechnitz found numerous issues and the rush to transmit the document to the state without a more thorough review very concerning. Councilor Joe Rola joined Brechnitz in his opposition moving this forward without a careful review.

In the end,  only Councilman Rola voted to not transmit the document to the State of Florida.

Marco Island City Council met for its only session during August, working through an agenda that included items ranging from a report from the chair of the city’s Beautification Advisory Committee (BAC) to dealing with the City Manager’s evaluation for the past year.