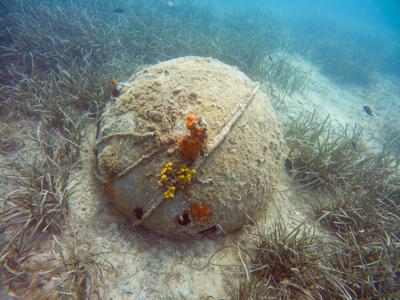 When guiding day sailing excursions in the waters off Marco and Isles of Capri, there are opportunities to hear the very best Florida stories from the not so distant past. On a recent day in October when the weather was very fine and the offshore wind was fair, Gail and Denny climbed aboard and soon we were sailing toward Naples with the island of Keewaydin and the emerald water of autumn showcasing everything in sight.

“On days like today we really miss being on the water,” Gail explained. “Once upon a time we lived in Key West, and our job as a young couple was on a shrimp boat. This was in 1972 and when we arrived in Key West, an old shrimp boat was for sale and we bought her for just about all the money we had at the time. We lived on the boat and learned our new trade on the water. When we came back to the docks with a pile of big Gulf shrimp, that was payday. As soon as we started finding and catching the big jumbos, we made a decent living.”

Denny smiled and added, “This was when Jimmy Buffett was walking around town barefoot with a guitar on his shoulder and playing his songs at the local bars.”

“That’s right,” Gail chimed in, “Back in those days, Jimmy really did sing for his supper and everyone loved Jimmy.”

“It really was a magical time.” Denny added. “But times change, and when we learned there were better places than others to find the big jumbo shrimp, we pointed Ethel toward the Forbidden Zone and headed deep into the gulf.”

“Ethel was the name of our boat.” Gail said proudly, “That was her name when we bought her and everyone knows changing the name of a boat is bad luck.”

“Heading into the Forbidden Zone,” Denny shook his head, “That changed everything. We knew we weren’t supposed to go - everyone knew it - but the money for the big shrimp was too good to pass up. The warnings are clear on the nautical charts, but when the old Key West shrimpers told the stories about the “Danger Unexploded Ordinance,” the Forbidden Zone, and the biggest shrimp ever, it’s hard to imagine what really happened in our very own aquatic backyard and what still lingers today in the water where the charts say danger.”

“The Forbidden Zone is from the war - World War II,” Gail explained. “Even before our first scary day we learned all about it. In 1942, Germany sent U-boat submarines into the gulf to sink American ships in the Gulf of Mexico. There was a lot of cargo steaming down the Mississippi and into the Gulf, and oil and gasoline tankers were cruising across from Texas bound for the Atlantic Ocean. The U-boats came from the French coast and after a week at sea, the submarines were on the prowl near the Gulf coast. During the month of May in 1942, six German Submarines sank 25 ships in the Eastern Gulf of Mexico. To battle the submarines, or because the German U-boats placed mines of their own, the waters of the middle and lower Florida Keys are still littered with mines, unexploded depth charges, and who knows what else from World War II.”

“That’s right,” Denny recalled. “All the old timers in Key West knew about the derelict mines, and knew they were there, but the shrimping in those waters was really good - we just couldn’t resist - and we weren’t the only ones trawling shrimp out there.”

“In those days, it was not that uncommon to snag a mine,” Gail explained, “Whenever the shrimp nets were lowered and trawling, a snagged mine was instantly obvious when an 80-foot shrimp boat suddenly began to pivot and heel over toward whichever net that had caught the bomb.

“The first time it happened, we were terrified.” Denny confessed. “Me most of all because it was my idea to head out to dangerous water. We knew what we had even before the old mine surfaced with the nets. I remember how my hands were shaking when I was holding the mic and calling the Coast Guard on the radio. After transmitting what happened, with me shaking like a leaf, and Gail as white as a ghost, the Coast Guard radioed back and said: ‘Do not bring the mine into to Key West - we will come out and get it!’”

Gail laughed at Denny’s description. “When the Coast Guard arrived,” she said, “they seemed more perturbed about us trawling in the danger zone than frightened about the mine. It was quite the procedure to retrieve the mine from the net and we certainly got a lecture on shrimping in the Forbidden Zone. We pretended we did not know about the ‘Unexploded Ordinance’ warnings and the deck officer just shook his head in frustration.”

“After a while, mine snagging, although rare, became the talk of old town Key West,” Denny recalled, “Soon all the shrimp boats in the area were worried about catching the abandoned mines. All the mines were really old and corroded, but the stainless cables that were holding onto the heavy mine anchors looked new. Some of the mines were the type that had spikes sticking out and some looked like the head of a missile.”

“After the first mine,” Gail said, “We caught the second one in rough seas. Because the waves were just about ready to bang the seaweed covered bomb into the side of the boat, we hauled it aboard in the net and set it down on the deck - gently. When it touched the deck, it cracked open and began to leak a green jelly-like slime that smelled like every bad chemical you could ever imagine.”

Denny laughed, “Most of the old bombs were about five feet around and weighed about a thousand pounds. After we had snagged a few - and there were a few different kind - and we learned that they probably weren’t going to explode, we stopped calling the Coast Guard and began to haul them out to a place we started to call the ‘The Mine Field.’ It was an area with rocks on the bottom where shrimping wasn’t possible because the nets would get snagged in the rubble field. There must be a bunch of those old mines still in that rocky bottom area leaking that funky green ooze.”

“Our last day of shrimping was after we had kids,” Gail recalled,” We had the kids out with us on a summer afternoon when one of those huge Gulf thunderstorms came out of nowhere. The wind came up like a hurricane, we thought the old Ethel was about to go down, and after we got off our knees from praying, we decided the mines from the Forbidden Zone might be scary but nothing like the waves, wind, and lightning, and the responsibility of caring for our kids during old fashioned Florida thunderstorm.”

Tom Williams is a Marco Islander and the author of two books: “Lost and Found” and “Surrounded by Thunder - The Story of Darrell Loan and the Rocket Men.” Both books are available on Kindle and Nook.

Tom Williams is a Marco Islander. He is the author of two books: Lost and Found and Surrounded by Thunder - the Story of Darrell Loan and the Rocket Men. Both books are available on Kindle and Nook.

What a great story and history lesson! My father-in-law Jim Holt and the Holt brothers lived and performed in bars at the same time as Jimmy and remained in Keywest for decades. Sharing this story with Jim Holt... He will love it.