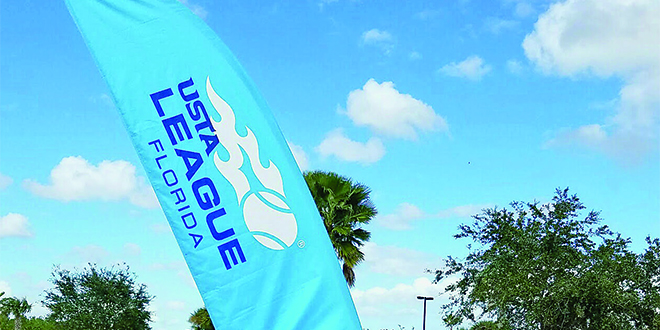 Nice guys don’t always come last, despite the saying. Proof of that comes in the form of the Marco Y’s women’s over-50 tennis team, who recently returned from Daytona Beach with the 6.5 title under their belts.

At the tournament, team captain Karen Lewis was told her team was probably the “nicest” of all the competing teams. The occasion was the Florida 2016 Sectional Championships.

As with most finals, this one was no “gimme.” It went right down to the wire with teammates Beth Rainey and Sue Rafferty losing the first set 2-6, winning the next 6-1 and then taking the deciding third game, which is automatically a 10-point tiebreaker.

Over the previous three days, the rest of the team had all contributed to the eventual and exciting finale, and team captain Karen Lewis paid tribute to Deb Caudil, Peggy Chandler, Leanne Kerins, Jean Martin, Lisa Meurgue, Elizabeth Midkiff, Nancy Shroka for their contributions. Players not able to make the trip, but who’d helped the Y team to victory in the league, were Marlea Bowser, Alice Earl, Mary Fischer, Jackie Heise and Stephanie Opel.

“We put our combo team (doubles pairs with 3.0 and 3.5 rankings respectively, hence the 6.5) together four years ago, and the core group has remained,” said Captain Lewis. “We’re all friends, and there’s great team camaraderie.”

That had a payoff too, because 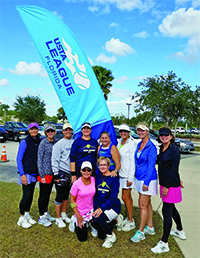 Lewis was told her team was the “nicest” during the entire tournament. “That represents the Marco YMCA way,” Lewis said. “We knew we were going to play our best, but that win or lose…the sun would still come up tomorrow.”

Team members, said former educator Lewis, come from all walks of life, including a restaurateur, a women who works at an attorney’s office – while some are retirees and seasonal residents. Team member Lisa Meurgue (she’s the restaurateur) praised Lewis’ organizational and motivational skills, and said playing plenty of practice tennis had led to the eventual title. She agreed however, that winning wasn’t the only thing. “Great friendships develop among your team, and the tournament is also a nice weekend getaway in addition to playing tennis,” she said.

The tournament attracts hundreds of players of both sexes and varying strengths. It is under the umbrella of the United States Tennis Association, and for the Marco Y team it involved winning their local league and district championships. The tournament pits district winners throughout the state against each other. Each match sees six players in action on three courts against evenly matched opponents.

The Marco Y team has scheduled a celebration for January 29 at the Key Marco clubhouse.

For more information on the Marco Y and its wide variety of programs and activities for youth and adults, call 239-394-3144.