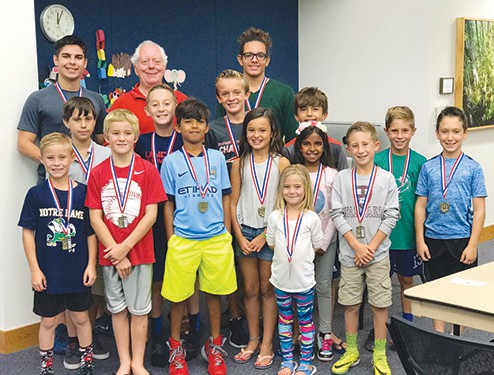 On April 22 youth chess players competed in seven rounds to qualify for the next trophy Round Robin tournament. The top three qualified are Alejandro Castaneda (7.0), Tyler Mastrangelo (5.5), and Michael Curiale (5.0).

On April 29 there will be another qualify tournament to determine three more winners. Six players will compete in the Round Robin on May 6.

Key points in the Round Robin: • There are six trophies, one for each in the Round Robin. • In the Round Robin of six players, each plays the other five. • Time clocks will be used, G/30, each has 30 minutes. A player who runs out of time loses the game. • Each player will record the moves. The game may be reported in local news or on FaceBook- CHESS K-12 on Marco Island.

Competing in chess tournaments is the very best way to develop chess skills.

For more information contact Wade Keller at 239-389-2525 or wadekeller@yahoo.com.