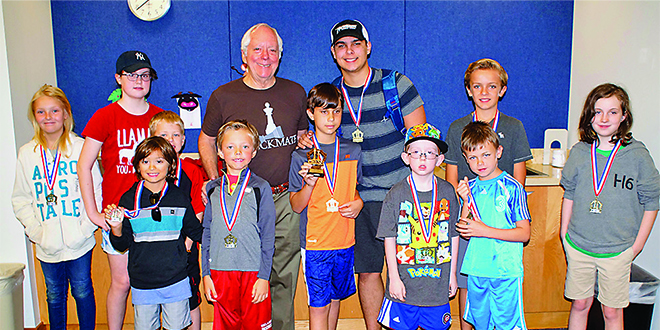 Local youth of all ages have a great opportunity available to play chess and compete with other players through CHESS K-12 on Marco Island, a club for students in kindergarten through high school. On Saturday January 28, the first big tournament was held at the library, with twelve students competing in four rounds.

All players received a special chess medallion. Trophies were given to the top three winners. Alex Sousa, a fifth grader at Tommie Barfield, won all four games with score 4-0, and won first place. Lely High School tenth grader Michael Curiale and Tommie Barfield first grader Charles Haunschild each won three games and lost one, score 3-1, and tied for second. On Saturday, February 4, there will be a battle playoff between Michael and Charles for just who gets the second place trophy and third place trophy.

The club meets every Saturday at the Marco Island Library from 9 AM to noon. The next tournament will be held on February 25. All students from kindergarten through 12th grade are invited to join the club and play in tournaments. The club is free and there are no fees.

For more information contact Wade Keller at 239-389-2525 or visit the Facebook page for CHESS K-12 on Marco Island.