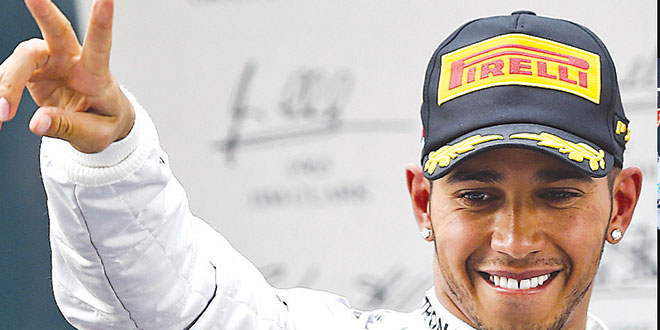 Most organized sports have a season, which only last for a few months. Football in the fall. Baseball in the summer. College basketball, ending with the sweet sixteen and final four. Also, they are team sports and for the most part, they are played regionally.

But tennis, along with golf and Formula 1 racing, are individual competition. They run year round and take place in fabulous and beautiful locations around the world.

Now I know you are wondering, why am I associating these three sports in the same family. Even more so, you may be asking yourself, why is he considering Formula 1 racing, a sport?

First off, as I already stated, all three are individual performance competition. One on one, mano y mano! The constant focus and concentration required to perform in all three of these activities is very intense. Strategical and physical split second decisions must be simultaneously made on an ongoing basis, during a period of time of competition, which can last for several hours. There are no time outs, no halftime breaks, and no specialty units, second teams or replacements.

While golfers have the luxury of staying aerobically relaxed during competition, 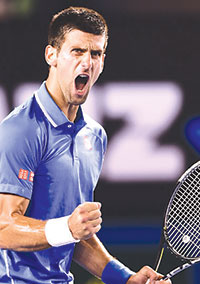 The athletes that compete in these three sports are all in unbelievably fit, physical, mental and emotional condition. They are required to travel worldwide, compete and win on a weekly basis and stay in top competitive form, ten to eleven months out of the year.

With today’s technology, on television, the video and camera coverage is phenomenal.

Tennis and golf have slow motion replays, which effectively show technique in how the pros strike the ball. They also utilize computer-generated tracers to show flight paths and the trajectory of the balls in flight.

Formula 1 has in-car mini cams that show what the driver is seeing as he works his way around the track. They tap into the radio communications going on between the drivers and the pit crews. They also have onscreen images, which show the speed of the car, the rpms and which gear the drivers are in, as well

as g forces the drivers are pulling when they go through corners. You actually feel like you are part of the racing team!

I love watching all traditional televised sports, football, baseball, basketball, hockey, etc., but for me, there is nothing better than watching these guys race through the streets of Monte Carlo, or the natural beauty the golf course at the Masters or the old school grand tradition of Wimbledon.

So, in 2016, in between the Super Bowl, the World Series and the Sweet Sixteen/Final Four, do some channel surfing and start watching tennis, golf and Formula 1 racing. You will be amazed at how entertaining and exciting these sports are to watch.

Wayne Clark is a certified professional tennis instructor with over 23 years experience coaching players on all levels of the game. Wayne is also qualified in pickleball instruction. He has been the head instructor at the Marco Island Racquet Center since 2001. The Racquet Center offers clinics, private and group lessons for both tennis and pickleball. Coach Wayne’s Island Kids Tennis juniors program runs year round and has classes for players from kindergarten through high school.

Contact Coach Wayne by email at WClark@cityofmarcoisland.com, by phone or text at 239-450-6161, or visit his website at www.marco-island-tennis.com.