We are coming to the end of another year in our lives. In a few days, it is going to be a new year; it will take at least a month before we get used to writing 2012 on our documents; we will all be a year older and hopefully a little wiser. I am a believer in the importance of how our knowledge of history determines our future. So, at the end of each year, I sit down and make a list of the important international events of the past year and save them in my computer diary. Most of the events of 2011, were extremely important and may actually shape the coming events of 2012. I will now take this time and space at the end of 2011 to share these events with the readers and let them decide how these events may shape world events and their lives in 2012 and beyond.

The year started with the Arab Spring; on January 14th the Tunisian government fell after a month of protests in the streets and President Zine Al Abidine Bin Ali escaped to Saudi Arabia, that repository of fallen dictators, after 23 years in power. The month of February saw the continuation of the Arab Spring as President Hosni Mubarak of Egypt resigned after protesters called for his departure in the now famous Tahir Square protests. Egyptian Government was effectively left in the hands of the Egyptian Military until general elections may be held in a year or so, opening the possibility of a future Egyptian Government run by the Muslim Brotherhood. March started with one of the biggest natural disasters in many, many years when a 9.1 magnitude earthquake followed by a tsunami hit Japan killing over 15,000 people and leaving another 4,000 missing. Four nuclear plants in Japan declared emergencies and there were worries about nuclear leaks. We witnessed the proud and cultured citizens of a friendly nation deal with their problems 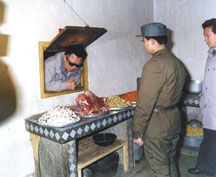 silently and proudly. Arab Spring continued when the King of Bahrain (a very important and friendly island nation in the Persian Gulf) declared a three month state of emergency and troops for the Gulf Cooperation Council (mostly Saudi) soldiers were sent in to quell the most unusual civil unrest in this small kingdom. Unrest jumped to Libya where a civil war started and the United Nations declared a no-fly zone over Libya in order to protect civilians in the country from being slaughtered by the forces of Muammar Gaddafi, dictator of Libya for over 40 years.

Month of May brought the best news of the year, in my opinion, when President Obama announced that Osama Bin Laden, the founder and leader of the terrorist group Al-Qaida and the murderer of thousands of our fellow citizens on 9/11 was killed during a most daring raid into his hideout in Pakistan by an elite group of US Seals. The world was a better place now and I, along with millions around the world, offered a silent prayer and said “one down and more to go!” In June the Arab Spring continued; protesters injured the President of Yemen Ali Abdullah Saleh forcing him to travel to where else but Saudi Arabia to get special treatment for his wounds. Protesters rejoiced at the transfer of power to his Vice President Mansur Al-Hadi. Later in the month, Arab Spring jumped over to Syria and thousands of Syrians fled to southern Turkey to avoid being killed by the military forces of the Syrian strongman Basher al-Assad.

In July, the world saw a rare domestic terror attack in Norway, an otherwise peaceful country in Northern Europe where a deranged supremacist attacked a youth camp and killed 76 young men and women. And in the USA, we sadly witnessed the end of NASA’s space shuttle program when Atlantis landed for the last time at Kennedy Space Center. In August, Libyan rebels took control of the capital city of

In September we witnessed India and Bangladesh sign a pact, ending their 40- year border dispute; read about the deaths of around 100 Kenyans when a pipeline exploded and watched on TV the deathly results of Sindh floods in Pakistan which left around 500 people dead.

In October, the world witnessed the violent death of Muammar Gaddafi in the hands of the rebels in his hometown of Sirte and we all felt a little safer and offered a silent prayer and said “two down and more to go.” National Transitional Council forces took over control of Libya. In Turkey, a 7.1 magnitude earthquake in the town of Van killed nearly 500 people and left thousands homeless. October 31 was selected by the United Nations as the symbolic date when global population reached seven billion and we all began to feel the pressure of sharing this small planet we call Earth with six billion, nine hundred and ninety nine million, nine hundred and ninety nine thousand, nine hundred and ninety nine fellow human beings. In November, Mars Science Laboratory named Curiosity, the most elaborate Martian exploration vehicle to date was launched. It is planned to land on Mars on August 5, 2012 when we all may feel relieved to see a less populated planet where future life may be possible!

On December 15, The United Sates formally declared the end of the Iraq war which cost us the precious lives of nearly 4,500 of our very best young men and women and over 30,000 seriously injured heroes.

And Kim Jong Il , the ruthless, clueless and unpredictable “Dear Leader” of the world’s most impoverished and most secretive country North Korea died of a massive heart attack while traveling on a train causing us to offer a silent prayer of thanks and say “three down and some more to go”…

Happy New Year to all…