Wyoming in Summer – What’s All That White Stuff? 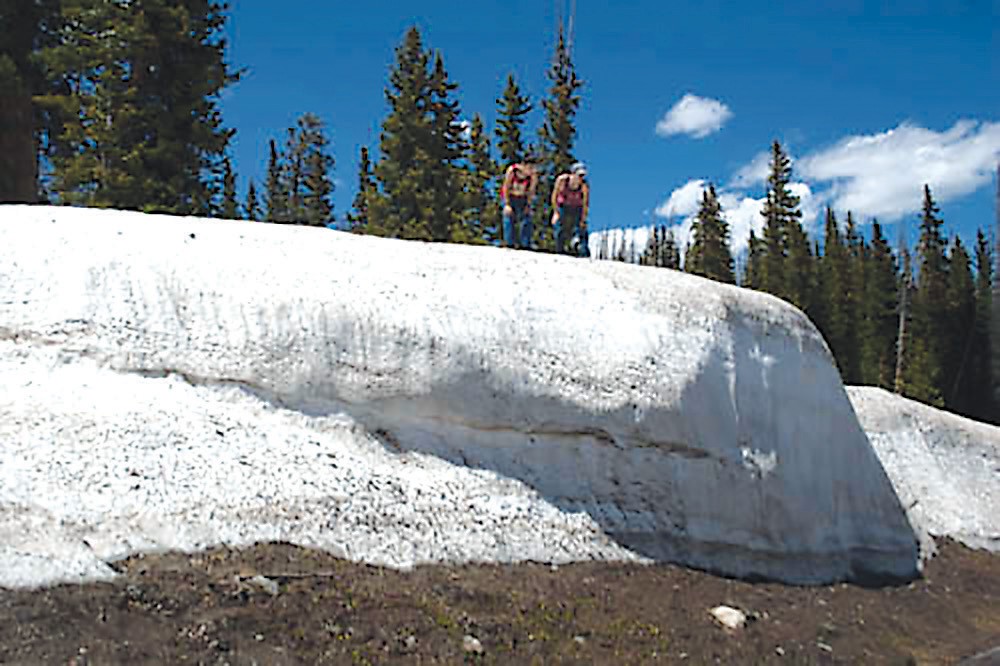 Twins Steven and Spencer check out the snowdrift by the side of the road near Medicine Bow. Photos by Jory Westberry

The funny thing about “summer” is the perception that it’s the same all over the country. Hot and humid in Southwest Florida? Must be hot and humid around the U.S. Not so fast, partner! It’s July in Wyoming and there is still plenty of white stuff around – snow, that is, the cold stuff that falls from the sky.

Hiking, camping, backpacking, climbing and skiing are big pastimes in the Cowboy State along with river rafting, fishing, whitewater kayaking, boating and hunting.

There are so many places to explore in this vast, mostly wilderness, that it staggers the 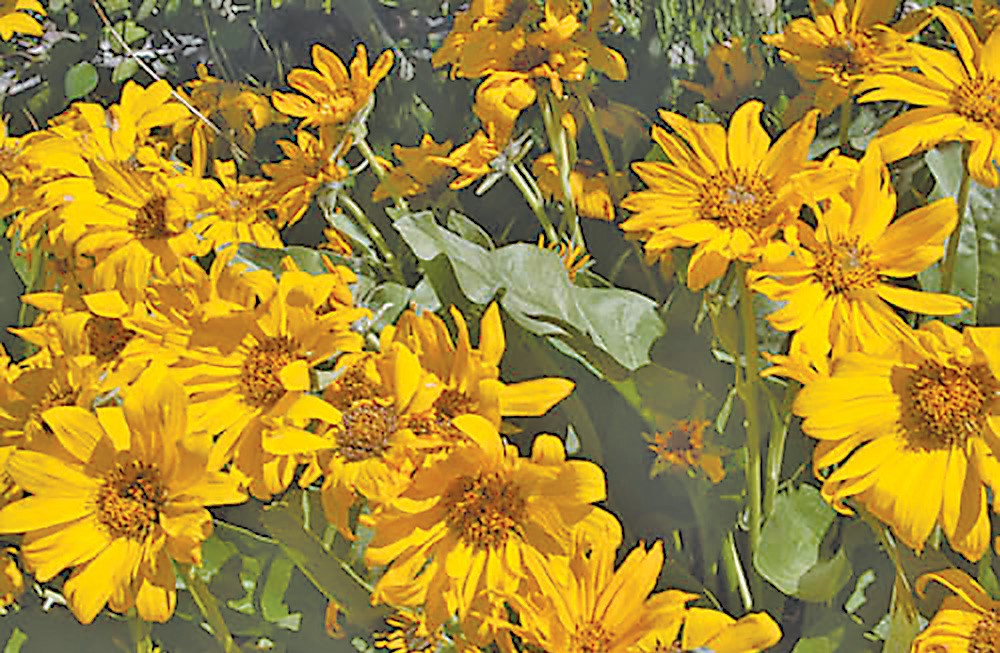 Arrowleaf balsamroot blooms all over the hillsides after a snowy winter.

mind. With almost 98,000 square miles to investigate, you will not be bored. The width of the state is about 373 miles. Luckily, in many parts of the state the speed limit is 75 mph, rather than 55, so you arrive sooner. Oh, except for the mountain roads and antelope, deer, moose, elk, cows etc. on the road to watch out for.

The best thing about Wyoming is the low population. You can drive for miles and not see anything but sage brush, hills, rivers and mountains and then, POOF, there’s a little rustic town surrounded by trees 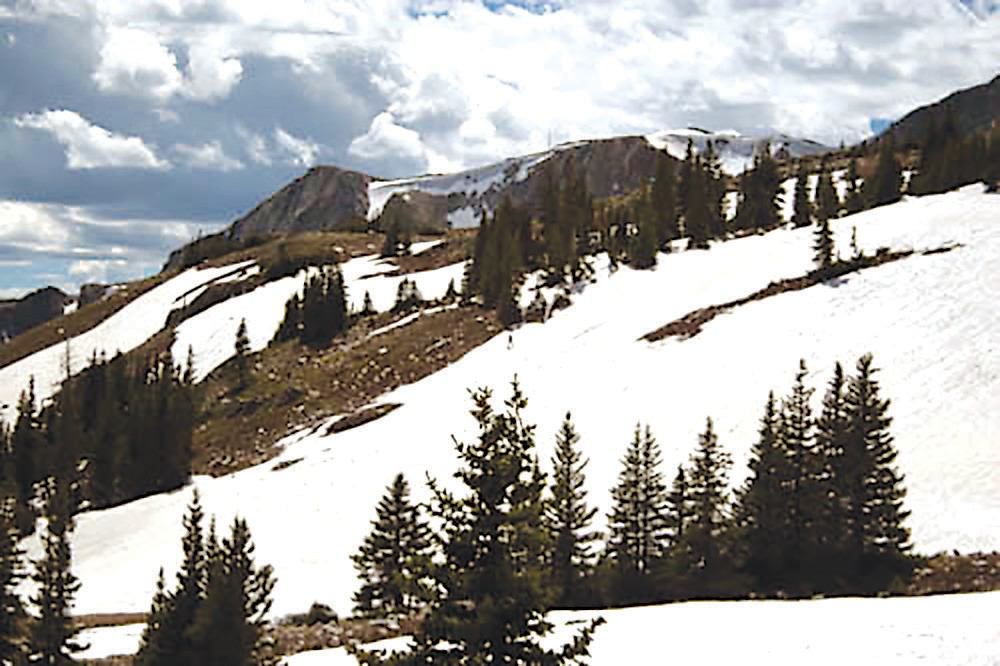 The Snowy Range in Wyoming’s summer.

and the friendliest people. The state population ranks 50th, the lowest in the U.S. at less than 600,000. Or you could go to the capital, Cheyenne, and enjoy 60,000 residents – less than Collier County.

If cities are not your thing, head to Grand Teton National Park, Yellowstone National Park or Devil’s Tower National Monument where you’ll be awed by the sights there. The 1977 film, “Close Encounters of the Third Kind,” was filmed at Devil’s Tower, the first national monument in the US. Most people say it’s the core of an ancient volcano and is still a

mystical place for the Indians in Wyoming. All of these destinations have great accommodations, restaurants and camping nearby.

The Grand Teton is the highest in the Teton Range at 13,776 feet and is quite impressive with the other mountains because they seem to rise right out of the valley floor. They say that the mountain range grows about three inches per year due to the upward thrust of geologic pressures. French trappers in the 1800s named them les trois tetons, or the three teats, to the amusement of visitors today. There are hundreds of miles of trails, mountain-climbing 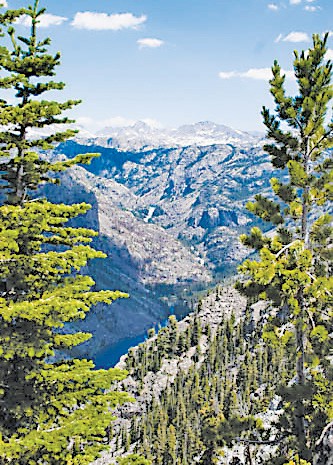 The view from the top of Sacred Rim in the Wind River Range.

Yellowstone Park was the first national park in the U.S. and believed to be the first in the world. Established in 1872, it’s home to about 60 species of mammals including elk, bison, bears, wolves, cougars, antelope, moose, coyotes, mountain goats and more. There will still be snow along the roads in the summer! The thermal pools and boiling mud pots are extraordinary, as are the geysers and mineral formations. There are even warm springs that you can swim in 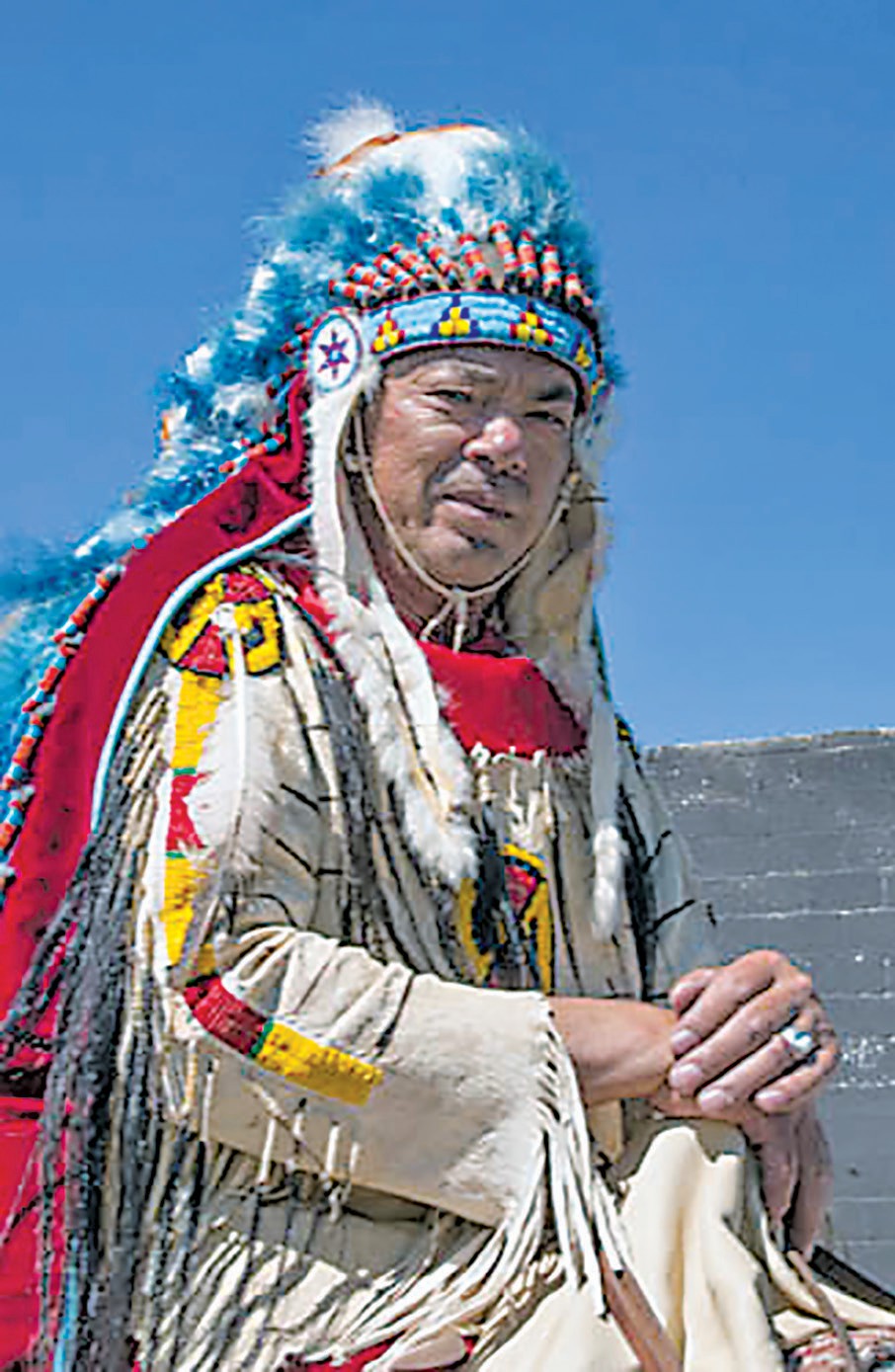 Visiting our national parks and monuments should be on your bucket list. There are international travelers that make our parks their destinations and yet so few Americans have visited them in their own states or nearby states. It’s time! See another part of our great country and then go back to the heat and humidity; you’ll be glad you did!