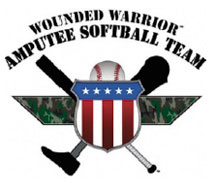 They are a softball team like you’ve never seen. Nearly twenty veterans of the post-9/11 era have come together to form WWAST; the Wounded Warrior Amputee Softball Team. As their name suggests, everyone on the team was injured in the line of duty and wears a prosthesis of some sort. Their mission: “to raise awareness, through exhibition and celebrity softball games, of the sacrifices and resilience of our military, and highlight their ability to rise above any challenge.” And they are coming to Marco Island.

This remarkable team, that has been featured on HBO, ESPN, CBS Evening News, and Sports Illustrated, just to name a few, will be playing two games at Winterberry Park on Saturday, November 12th.

Hosted by the City of Marco Island Parks and Recreation, the games will take place at 10:30AM and 1:30PM. For their first game, WWAST will be up against Marco Island’s finest and bravest; members of the police and fire rescue department. In their second game they will face captains and all-stars from the Parks and Recreation softball league and the Senior Softballers league of Marco.

The Wounded Warriors will be mingling with fans between the two games. The MIFD will be grilling up 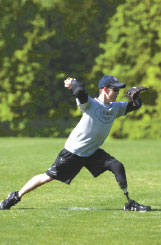 hot dogs and hamburgers for a small fee and the MIPD will be hosting a 50/50 raffle. The Knights of Columbus will be serving up popcorn. Admission is free and all proceeds from the event will be donated right back to the Wounded Warrior Amputee Softball Team.

The team, which survives purely on donations of this kind, was put together only seven months ago by David Van Sleet. Also the team’s head coach, Van Sleet, has worked in prosthetics for the Department of Veterans affairs for over thirty years. His goal through this team, “is to show other amputees and the general population, that these athletes through extensive rehabilitation and training are able to express their desires and perform the sport they loved.”

The young team, whose ages range from 21 to 30, has already played in front of crowds of up to 10,000 people. They travel from all over the country with over $2 million worth of prosthetics in tow. They also almost always win, which is a good thing because according to Van Sleet, “it doesn’t matter who we play, the fans always root for us. How could they not? These guys are heroes.”

To learn more about the Wounded Warriors visit www.woundedwarrioramputeesoftballteam.org.