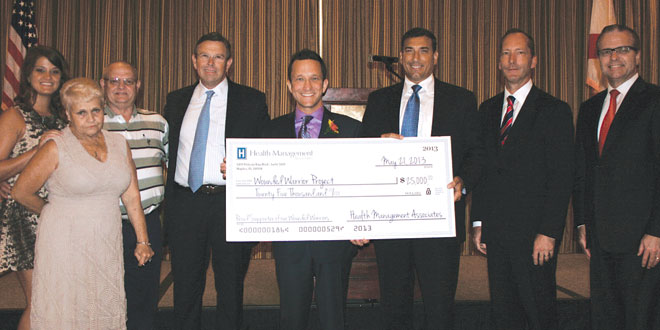 Originally called Decoration Day, Memorial Day is an annual day set aside to remember those who have died in service to our nation.

However, when it comes to honoring those who serve our country, many agree that Memorial “Day” should extend for an additional 364 days each year.

When it comes to our servicemen and women, no gesture is too great.

On April 8, 2006, Staff Sergeant Jeremiah Pauley and 17 men were on a routine dismount patrol through the City of Tal Afar, Iraq when the unthinkable happened.

Pauley recalls, “I was injured by an IED. Shrapnel from the roadside bomb entered my right arm above the elbow.”

For Pauley, it wasn’t just about sustaining physical damage. Almost more debilitating was the emotional impact of losing one of his men that day, PFC Jody Missildine of Plant City, Florida. Missildine was 19 years old.

“As a leader, you are not only taking responsibility for your own actions but for the actions of your soldiers. At the time, I could not help but feel that I had failed.”

Though his injuries would result in Pauley’s medical discharge from the U.S. Army, he explains, “For me, the most difficult part was Survivor’s Guilt.”

With Jody’s memory as his constant companion, Pauley would, like so

many before him, fight to come to terms with the memory of a horrific event, the military life he left behind and the uncertain future that lay ahead.

Despite receiving the Purple Heart and Combat Infantry Badge, Pauley struggled to accept he even had a future, knowing that Missildine did not.

Giving back to those who have given so much

On May 21, 2013, flanked by the Color Guard from Immokalee High School and the Brass Ensemble from Barron Collier High School on hand, Physicians Regional Healthcare System and parent company Health Management Associates presented a gift of $25,000 to Wounded Warrior Project (woundedwarriorproject.org).

Physicians Regional also operates the medical center and walk-in clinic on the corner of Barfield and San Marco on Marco Island.

Wounded Warrior Project began when several veterans and friends, moved by stories of the first wounded service members returning home from Afghanistan and Iraq, took action to help others in need.

What started as a program to provide comfort items to wounded service members has grown into a complete rehabilitative effort to assist warriors as they recover and transition back to civilian life.

aside, the event also served as the grand finale of the first face-to-face meeting between Pauley and the family of his fallen soldier, Jody Missildine.

“I can honestly say that the Wounded Warrior Project saved my life. Even now, as I act as a spokesperson for the organization, my life has once again been changed forever. Finally meeting Jody’s family brought closure not just to me, but to them as well.”

Pauley continues, “Jody’s Grandfather Melvin hugged me, told me he loved me, and said he wished he had been able to tell me seven years ago that it was not my fault.”

In the words of Taylor Hamilton, System Director of Marketing and Communications at Physicians Regional Healthcare System, “As servants of the community, we exist solely to promote the health and wellbeing of our patient population. It was an easy decision to continue to support Wounded Warrior Project as they undeniably share our values of uncompromising care and dedication to service.”

But it was Missildine’s Grandmother Shirley who said it best: “Every day, Jeremiah’s work honors Jody’s life. That is what Wounded Warrior Project means to me.”

Wounded Warrior Project is a sentimental favorite of many Marco Island residents. In 2011, the Wounded Warrior Amputee Softball Team played against Marco police and fire-rescue members as

well as participants of the adult softball leagues.

Historic Everglades City is always first – the first Collier County seat and now the first in the area to celebrate Independence Day.

The annual family-fun festival to commemorate America’s founding will be on Saturday, June 29, this year.

The Opening Ceremony is at 10 AM on the steps of City Hall (the former county courthouse). That is followed at 10:30 AM by the Patriotic Parade, the theme of which this year is “Stars & Stripes.” There are prizes for the best floats which may be anything from golf carts to swamp buggies.

The grand finale will be in the evening with a dramatic fireworks display set to music at 9 PM.