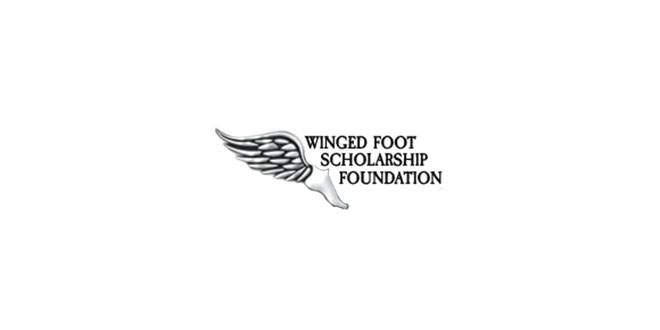 Patrick Michel says he transferred from Lely to Marco Island Academy (MIA) his sophomore year to “reshape myself.”

He became one of its top students in sports and academics.

For his efforts he is the school’s candidate for the 27th annual Winged Foot Scholar-Athlete Award. He is one of 13 candidates, representing each high school in Collier County. The winner will be announced at the annual dinner on May 26 at The Naples Grande Resort.

“As a freshman at Lely I was starting to digress. I had lost my focus that I had at Marco Island Charter Middle School.”

He didn’t just regain his focus; he became a team leader in football, basketball and track. And he is ranked 11th in his class, with a weighted grade point average of 4.76.

“Patrick truly defines the student athlete,” said Athletic Director Kelly Monnot. “His work ethic on the field and in the classroom, are exemplary.”

His communication skills were put to work when Governor Rick Scott visited MIA. “Patrick was our student representative. He is a top-notch communicator. He is a great young adult and I am excited about his future,” Monnot said.

Michel thought football might lead him to a college scholarship. Injured in his junior year, he stood out on offense and defense his senior year. Valdosta State in Georgia was a school he looked at most seriously, but their offer came two weeks after Michel decided to be a student at the University of Central Florida, studying business management.

“They waited too long, I would have played there,” he said. “That’s when I knew there 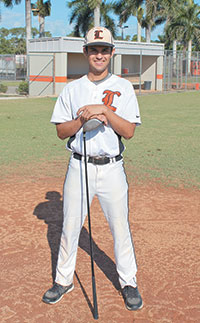 would be no more football.”

While basketball was a sport he could just enjoy, he helped the team to the school’s first district championship in his junior year and stood out on the track team all three years.

In the process, “I learned about myself, I didn’t give myself enough credit a lot of the time,” he said. His brother Brandon, 11, thinks he has done just fine.

“My brother is a replica of me,” Michel said. “He does whatever I do. In a way it motivated me to work hard and do things right.”

“She (Galiana) was realistic with me. She got me to thinking that realistically I didn’t need athletics, that I had the academics to back myself,” Michel said.

“She is very supportive.”

Of Delgado, Michel said, “Andy is successful (as a building contractor) and I want to be successful.” Delgado owns Andrew Hunter Homes. Michel spent a summer with Delgado, “doing miscellaneous jobs that no one wanted to do. It was a part of character building,” he said with a smile.

In relating to Gibbs, “Scott has always been supportive and I look up to him as a successful man,” Michel said. “He’s been like a dad.” Gibbs owns Cocomo’s Grill where Patrick now works part time.

Michel’s mom Michael is his rock.

“My dad left when I was seven and she has always been there for me,” Michel said.

“I look at college as a new experience, another 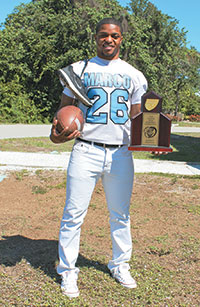 step in my life,” he said. “Every experience helps me mature. I am ready for the next stage.”

Jonathon Irigoyen is advancing to the cyber world. But before he goes to University of Central Florida (UCF) he wants to be known as the 2016 Winged Foot Scholar-Athlete Award winner.

Irigoyen, this year’s Lely High School valedictorian, will study cyber science and cyber defense. He looks forward to being part of the University of Central Florida’s Cyber Defense Team that has won three national competition titles.

The All-County Conference athlete, Irigoyen started for Lely all four years. He will play club baseball at UCF.

“Baseball would have taken up too much time, but I can still play competitively. I want to focus on academics,” he said.

While Lely made regional play twice, the Trojans best year was Irigoyen’s freshman year when they were district champs, beating out an impressive Estero team that went on to a second-place finish in the state playoffs. This year’s Lely team went 16-12, making regional play.

On the year, Irigoyen batted .314, with an on base percentage of .484, stealing 26 bases, scoring 20 runs in his leadoff position.

He believes playing baseball and golf for Lely helped in being an all-around student athlete.

“It helps with handling adversity as you don’t always succeed, but you come back again for the next test,” he said.

Irigoyen credits his parents, Joe and Kim, for his success.

“They pushed me to do my best in academics and sports,” he said. “My success wouldn’t be possible without them. Being the Winged Foot representative is a great achievement and an opportunity to represent Lely High School.”