Will Nadal Show Up at Wimbledon? 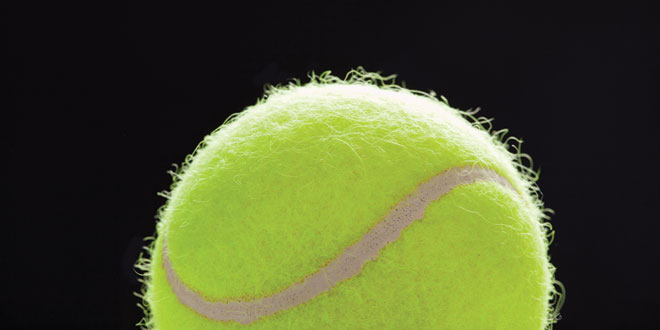 In the last few years, Rafa Nadal has bowed out in the early rounds at Wimbledon to Steve Darcis of Belgium, Lukas Rosol, Czech Republic and Australian teenager Nick Krygios.

Curious, indeed? How can such dramatic upsets occur to one of the greatest players of all time?

The Nadal camp will site Rafa’s recent struggles with his ailing knee but many other tennis enthusiasts point to possible doping. Say it isn’t so, Rafa.

In today’s heavily scrutinized sports world, fans tend to be suspicious when unusual events surface. Let’s simply examine the Lance Armstrong bicycling fiasco. Armstrong was allegedly drug tested 500 times and NEVER failed a test! Even though the Tour de France organizers had their suspicions, no one could prove Armstrong’s guilt.

Unlike Armstrong and his repugnant reputation, Rafa Nadal is one of the most popular athletes in the world. Nadal is gracious in victory and defeat, as he always credits his opponents for a fine performance. His never say die attitude on court, and his eloquence off-court, sits well with fellow competitors and fans of the sport.

However, one would have to either be blind or just uninformed not to be leery of Nadal’s early Wimbledon defeats or unexplained absences from the ATP Tour.

The grueling clay court circuit, culminating with the best three out of five set matches at the French Open would be a heavy fitness test for any competitor and often with little to no break before the Wimbledon Championships begin.

“Like everyone, I saw some things. For me, it is inconceivable to be able to play five hours in the 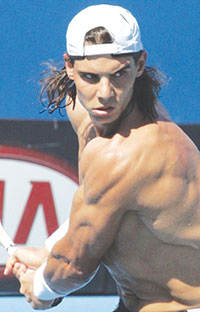 blazing sun one day, and still run like a rabbit the next day,” Christophe Rochus explained.

So, do Uncle Toni and his team gradually build up the body with HGH (human growth hormone) right before the clay court season? Does Rafa take a dive at Wimbledon before any new tests are administered? Does he avoid future doping tests when he is away from the game due to injury?

Factoid: Athletics boasts 496 tests annually (392 out of competition, 104 in competition); tennis conducts just 19 – all out of competition. For comparison, curling could report 35 tests and luge 25, while darts and fishing had only 15 fewer tests than tennis.

It is important to note that all players in the top 50 in the rankings must be subject to random testing; there is no proof that Nadal gains any type of advantage when he is on hiatus from the game. But, there are loopholes in the testing procedures and one has to wonder if the insiders have information benefiting their cause?

Remember, there are several examples of tennis professionals who have been suspended for violations: Petr Korda, Wayne Odesnik, Guillermo Canas and Viktor Troicki.

“We don’t know what is true, what is not true,” said Jo-Wilfried Tsonga. “Personally, I just don’t know who I believe anymore. Everybody is lying, even the institutions. I don’t know if it is true but this is the feeling I have.”

The other interesting sidebar concerning drugs and suspensions on the ATP Tour involves two prominent stars. Andre Agassi (in his autobiography) admitted that he avoided a suspension by concocting a ridiculous 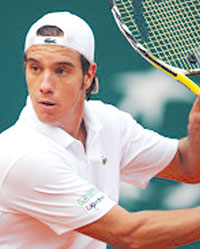 story about ingesting meth from his assistant’s spiked drink.

And if you think Agassi’s fib was outlandish, how about Frenchman Richard Gasquet’s outrageous tale. And believe me; you just can’t make this stuff up.

The tribunal, which met in London, bought the story. “His denial was convincing and, in our judgment, completely truthful,” they wrote.

Armed with this type of information, it behooves athletes to test the limits of the rules. Most of us in the tennis world are so uncomfortable criticizing the popular Rafa Nadal, because he is perceived as such a good guy, as he always exhibits exemplary sportsmanship.

In summary, the tennis world must drastically improve their drug testing system and be as vigilant as possible to enforce the rules no matter the popularity of the player. In a few short weeks, I hope that Mr. Nadal is in the Wimbledon semi-finals competing for yet another Grand Slam title.