Editors Note: The writers conducted their interview with Yanet Ramirez entirely in Spanish, her native language. In order to maintain the integrity of their conversation, some of Yanets original responses in Spanish will follow the English translation.

Nearly three years ago Yanet Ramirez and her young son Wilfrid (Willy) relocated from Guatemala to the United States. At the time Wilfrid was just two years and nine months old, a bona fide toddler.

The family of tw 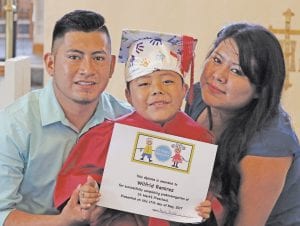 o made their way to Marco Island. Yanet found a job, and in January of last year she enrolled Wilfrid into preschool at the St. Marks Episcopal Church. Everything, it seemed, was falling into place. They had made it to the U.S.

But then something very unexpected happened. And life, as its wont to do, suddenly became very difficult for the Ramirez family. Just a few short months after enrolling Wilfrid into St. Marks, Yanet received devastating news: Wilfrid had cancer.

Specifically Wilfrid was diagnosed with acute lymphoblastic leukemia (ALL). ALL is the m 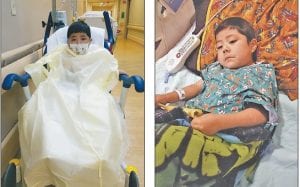 ost common form of childhood cancer. It affects the lymphocytes, a type of white blood cell important to the bodys immune system. A child with ALL has a compromised immune system making them more susceptible to infection, anemia, bruising and bleeding.

After Wilfrids diagnosis Yanet recontacted St. Marks. She wanted to see if the school would still be willing to take Wilfrid as a student in the upcoming year, worried that hed be turned away due to his diagnosis. Peggy Totten, director and lead teacher at the St. Marks presc 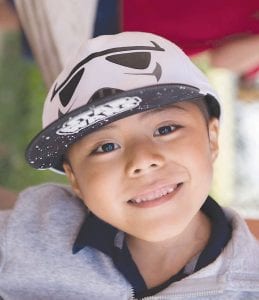 hool admits that she was concerned at first. Wilfrid would undoubtedly be exposed to germs. Would this be detrimental to his health?

The doctor was pretty insistent that as long as he was feeling healthy he should come to school because he needed some semblance of a normal life, said Peggy Totten. We were more than happy to take him.

So the preschool opened their doors for Wilfrid, who incidentally fit in right away. 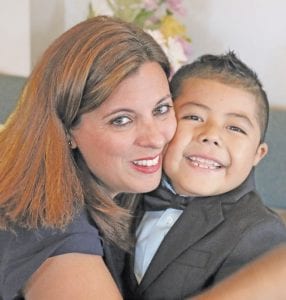 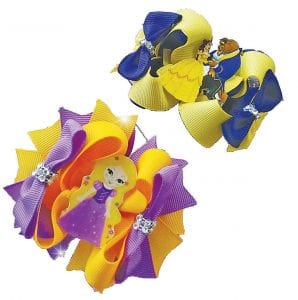 the preschool staff were brainstorming ways to support Wilfrid and his family. Initially they set up a GoFundMe account (an online donation platform) on Wilfrids behalf. As word of Wilfrids condition spread, parents of the students began reaching out wanting to donate directly.

According to Peggy, one mother anonymously gave her credit card information to the taxi company that Yanet and Wilfrid take everyday to get to and from school, effectively covering their transportation. Other families donated Publix gift cards. A family of a student had a birthday party and invited the whole school. Instead of gifts they asked for donations for Wilfrids family.

It was overwhelming, said Peggy Totten. The parents were great. 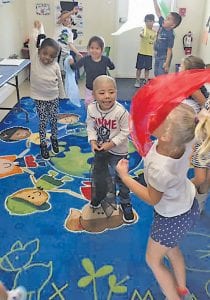 s and other family members. She never thought shed end up selling them. I never thought that it would be making such a positive impact, said Yanet Ramirez. (Yo nunca pense que esto tuviera un impacto tan positive.) She soon realized that her hobby had profitable potential and has picked up a few clients over the past months. While it may not be much, she says the extra money helps cover daily expenses for her and Wilfrid.

This support has had a tremendous impact on Yanet, who about a year ago stopped working in order to fully dedicate her time caring for Wilfrid. Her family helps with rent and pays for the transportation rides to the hospital, which costs $70 dollars per trip. The Golisano Childrens Hospital also has a charity program called the Barbara Friends Foundation which for eight months covered all the expenses ranging from $5,000-$8,000.

Five days out of every month Wilfrid takes steroids. The side effects of the medication can affect his emotional state. He dreams vividly, often having night terrors, and has general feelings of hypersensitivity throughout his body. His skin is sometimes pale. On top of the medication, he recently underwent a round of chemotherapy leaving him feeling drained. 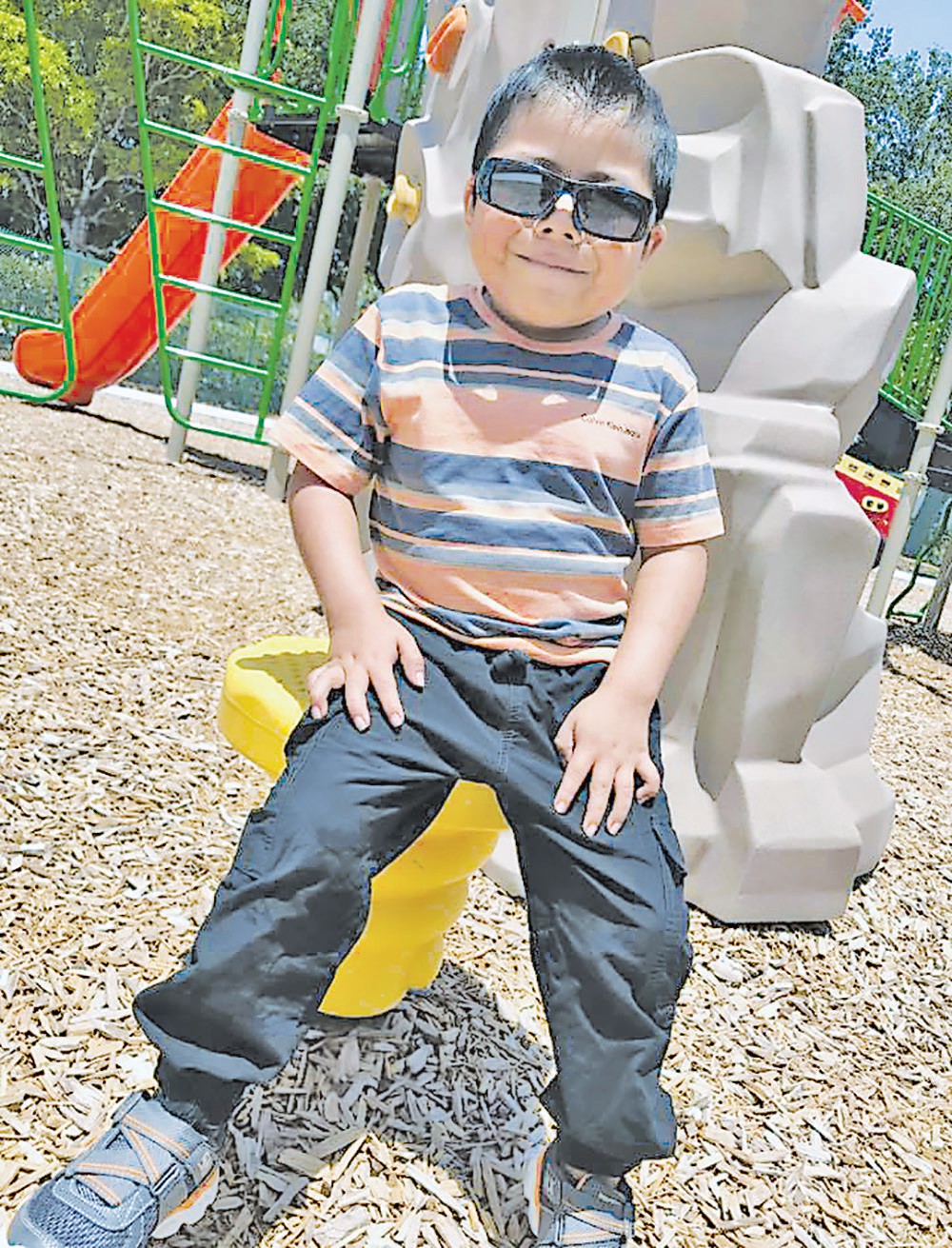 According to Yanet, Wilfrid is a very intelligent boy, and though he is just five years old, he is processing his situation tenderly and to the best of his ability. But it hasn’t always been easy. When he began losing his hair Yanet says he would cry and ask, “Mama, why am I my losing my hair again and the other children are not?” She says, “He cries and I calm him down by explaining the best I can and he calms down.”

In terms of the future, doctors anticipate that by 2019 Wilfrid will be completely healthy. If his treatment is successful his body will be cancer free. They will be able to test if the leukemia is completely untraceable in the system or if they have more left to battle.

Recently Wilfrid’s photo was featured in the Coastal Breeze News’ Coastal Life section for his pre-school graduation from St. Mark’s. “My son was so happy about this and said he really feels that people love him and are very kind 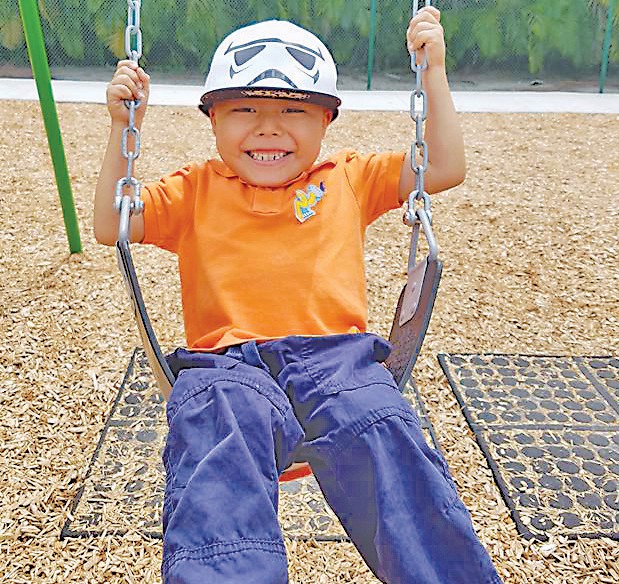 If you would like information on how to donate directly to the Ramirez family, please call Peggy Totten at 239-394-7242 ext. 95, or email her at pstotten@comcast.net. You can also donate to the family’s GoFundMe account at: www.gofundme.com/help-willy-fight-leukemia.

Of Wilfrid’s preschool journey Peggy Totten had this to say:

“He started out the year, very, very exhausted. We would have to call mom to come get him early. He would often time sit on the playground and say ‘I can’t wait until I can run like all my other friends.’ The classmates were very supportive of him and would always try and draw him in. They would make sure they were very carful because some of his treatments and his ports. They were carful not to touch him by his chest. He started out the year just struggling to get through a day but you could tell he wanted to be there, he wanted to be part of the program. Toward the end of the year, the last week actually, we started seeing some life coming back into him. We saw him running around the playground just like he hoped at the very beginning of the year.”

“Thank you for everything and a big thank you to everyone who is supporting us,” said Yanet. (“Gracias por todo y gracias a todos los que nos apoyan.”)