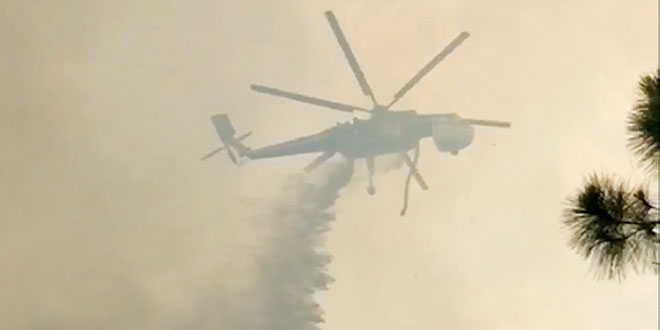 Helicopters drop water on the wildfires. PHOTO BY CONNOR BOWDEN

One of the compelling reasons we live in Southwest Florida is the beauty of the natural environment around us. One nearby national treasure is the Big Cypress National Preserve. Big Cypress is a protected area of over 725,000 acres, bordering the Everglades National Park to the south, and reaching into Collier, Monroe and Miami Dade Counties.

On May 12, a few lightning strikes resulted in the ignition of wildfires, in what is called the Mud Lake Wildfire Complex. Initially, about 2,000 acres were affected. As of Memorial Day, the fire had consumed some 35,300 acres, including a variety of Preserve habitat: dense, coarse grass, pine timber; and cypress domes. Just as 51% containment was achieved, three new fire starts had to be suppressed. 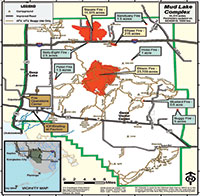 Temporary flight restrictions over the area cleared the way for six helicopters (two large, three medium and one small) and two fixed wing aircraft to battle the fires from above. Nine wildland fire engines were used by the ground workers. All in all, 358 personnel were involved.

The fires have restricted access to areas considered at risk of high fire activity. Check with Big Cypress National Preserve for closure information on affected trails, hiking and camping areas at 239-695-2000 or www.nps.gov/bicy/index.htm.