Who Will Miss Me When I’m Gone? 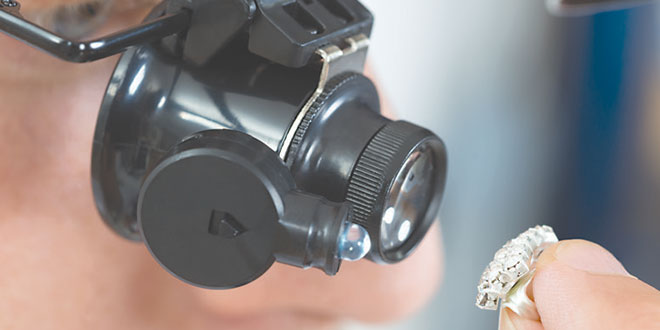 On an early Monday morning (was it last week?) I was verbally accosted by an obviously upset senior citizen. (You’ll notice I refrained from saying an “irritable old coot” which I found out a couple of years ago is politically incorrect and lit up my e-mails for weeks on end, even though the person was a blatant card carrying I.O.C. and not to be confused with a kind, understanding sixty-one year old kid and loyal AARP member such as yours truly!)

When I finally calmed him down, I asked what exactly his problem was. “That other jeweler, where is he? Where did he go? When did he close? He has a piece of my wife’s jewelry! Where can I find him? Blah! Blah! Blah!”

Ok, so answer me this, when did it become my responsibility to keep track of my competitor’s openings and why they closed their jewelry businesses? That also apparently includes documenting their current whereabouts? And believe me, in my 21 years here on “The Rock” that would be a long list.

Reminds me of an old Jimmy Buffet song “In the tropics they come and they go.”

When I finally figured out what shop he was talking about I realized that store had closed over twenty years ago!

His last question about his personal whereabouts was an easy one and the missing jeweler will be waiting there when he finds him… He’s in a quiet manicured eight-by-four underground one bedroom in Wisconsin somewhere.

Good luck with that. I hope you saved your receipt.

He went on and on. I was getting the impression he was blaming me for the disappearance of his regular jeweler. (With “regular” customers such as this it’s no wonder the store closed!) I reckon he must have been incarcerated for ten years or so in the hoosegow, or could it be he and his wife were recently rescued castaways from the nearby Ten Thousand Islands?

Then I thought ‘Oh yeah, of course it was my fault,’ with this thriving economy and the high price of precious metals, even in the summer months I have to use a shopping cart to carry my daily deposits to the bank, and in season I use a Brinks truck.

As if that wasn’t enough, a couple of hours later I get a phone call asking if I was the jeweler who was located on Front Street. I said I was, but I moved from there to our new location almost four years ago. She then said “Every time I go by there, you’re closed!” and my answer was “Hello! Is this thing on? That would be because I am no longer there.” She retorted “You know, you should have a sign on the building saying you moved!” Geeze Louise! I’m sure the current owner of the building and the city’s founding fathers wouldn’t mind in the least bit if I erected a huge neon billboard on the roof stating that fact. Hasn’t visited me in four years? Oh look, yet another invaluable regular customer.

To add further insult to injury, have you looked at one of the dozen phone books we get tossed on our doorsteps every month or so and notice all the businesses listed that are no longer in existence!

It’s unbelievable. I tried calling over and over to have them remedy my personal incorrect addresses and invalid phone numbers, to no avail. I’m sure that doesn’t help in the quest of anyone looking for me.

Now don’t go spreading any false rumors round these parts about me. I’m not going anywhere; I’m not retiring or closing. Not just yet! My humble apologies to those who wish I would.

Good Lord willing and the gulf don’t rise, I intend to hang around, and like any good Christian, I will do unto others as they do unto me, forgive me but the way I read that it can also be construed as “torment those who have tormented thee.” I was never a big fan of the turn the other cheek philosophy. I’m sure this negative mentality could be one of the reasons I flunked being an altar boy.

Ah yes! Enough about an average day in the jewelry store, and now without further ado, let me answer an intelligent question about jewelry.

To upgrade or not to, that is the question?

Ms. Martha T. asked me for my advice about upgrading her half carat diamond ring. She wanted to get a full carat diamond and even though her husband is entertaining the idea, he’s a bit hesitant because it was the one he gave her twenty-five years ago and is very sentimental about replacing, and especially trading it in, to acquire the new one. Help!

First of all, depending on your budget, you may not have to trade in the original diamond, and in many cases I can work with the original ring and alter it to accommodate the new one carat diamond, saving considerable bucks. I will admit it is not all rainbows and roses, most diamond dealers refuse to accept trade-ins and many jewelers (myself included) have an abundance of diamonds under one carat size and adding more to that hard to sell inventory is not an option to many. So the trade in value of your half carat is going to be disappointing, my average diamond demand is one to two carats.

I suggest you keep the original half carat and mount it in a simple pendant, then purchase the new carat diamond and have the best of both worlds.

Richard Alan is a designer/goldsmith and owner of the Harbor Goldsmith at Island Plaza and welcomes your questions about all that glitters 239-394-9275, harborgoldsmith@comcast.net. Visit his web site @ www.harborgoldsmith.com