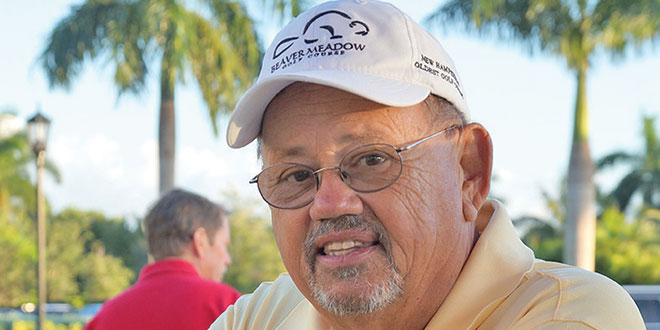 Submitted PhotoStef at the 2016 Christmas Island Style golf tournament, which he helped organize.

Coastal Breeze News is pleased to announce that reporter Steve Stefanides, widely known in the community as “Stef,” has joined their team. Steve will be writing on local civic and public interest news, and will contribute a regular opinion column.

Steve says, “I really have enjoyed the last three years covering the news here on the island. So when a group as accomplished and respected as the Coastal Breeze staff approached me with the opportunity to continue in that role I was delighted to accept their offer.”

Publisher Val Simon says, “Steve is an important voice in this area. Coastal Breeze News wanted to ensure that voice continued to be heard. We welcome Steve to our lineup of exceptional and talented writers.” 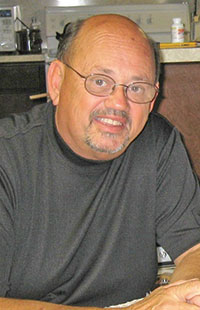 the publication is locally owned and run here within the community provides a unique dynamic to what we have to offer our readers as we strive to continue to be Marco and the surrounding area’s most valued source for news and information.”

Steve has been recognized in the news industry for his skill and professionalism, receiving the Florida Press Association Editorial Excellence Award in 2014.

His background spans many fields. He is a U.S. Army veteran, with a past that includes being a teacher, firefighter, deputy sheriff, elected official, and successful sales manager. He has volunteered and served on many nonprofit boards, including for the Marco Fire Rescue Foundation, the YMCA and the Marco Island Sunrise Rotary Club, to name just a few. Steve brings Christmas to Marco Island each year as chairman of Christmas Island Style, the group responsible for Santa’s visits, the street and boat parades and the tree lighting at Veterans Community Park.

Says Steve,  “I’m excited and proud to be part of the team.”