Where to Find Help 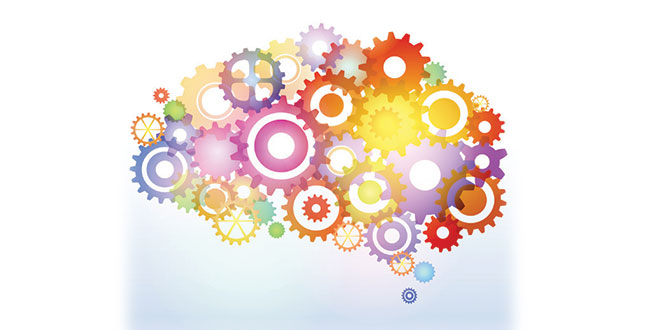 If you or someone in your family has been newly diagnosed as having dementia, you may be feeling overwhelmed and wondering where you can go for help. That’s how I felt back in 2000 when I was trying to find out about my mother’s dementia and didn’t know where to turn. Now, you don’t need to feel so desperate, to struggle to find help.

In 2016 there is a lot of information available from printed media, online, and from organizations specific to a particular dementia, so much more than when my mother was diagnosed with Alzheimer’s disease. Back then, after a referral, I called the Alzheimer’s Association, visited the closest office, and received lots of print resources. Today, the Alzheimer’s Association nationally has information online about every aspect of Alzheimer’s and other dementias. Visit them at www.alz.org or call their 24-hour helpline at 800-272-3900.

We’re fortunate to have two local groups to turn to for help and information. The local Alzheimer’s Association office is in Bonita Springs where you can reach Catherine Cruikshank, who is the educational director for Southwest Florida, at 239-405-7008. Catherine gives various workshops for the general public, but especially those that help caregivers. The Alzheimer’s Association of Southwest Florida also sponsors an annual walk in Naples, which raises thousands to fund research and educational activities. It also sponsors support groups in the area like the one I lead monthly on Marco Island.

The second local group is the Alzheimer’s Support Network in Naples. This organization, begun 34 years ago, is led by Chuck and Suky Pollard and their son, Clarke, executive director. He facilitates many of its programs and also leads a support group on Marco Island. The support network sponsors educational programs, workshops for caregivers, and tours of care facilities. They also sponsor an Elephant Fest fundraiser yearly at the Naples Zoo, and receive grants and donations from organizations, churches and individuals. For information call 239-262-8388 or go online and visit WWW.AlzSupport.org

According to the American Academy of Neurology (www.aan.com/patients) memory loss by itself does not mean a person has dementia. “Doctors diagnose dementia only if two or more brain functions such as memory and language skills are significantly impaired without loss of consciousness. Some of the diseases that can cause symptoms of dementia are Alzheimer’s disease, vascular dementia, Lewy body dementia, frontotemporal dementia, and Huntington’s disease.” While lab tests cannot determine the diagnosis, they are important, primarily in identifying other possible causes of dementia that must be excluded before a diagnosis of Alzheimer’s or another dementia can be made.

Alzheimer’s disease accounts for 60 to 80 percent of all people with dementia according to Neurology Now (December 2015-January 2016). The brain changes characteristic of it, plaques made up of the beta-amyloid protein, clog the spaces between nerve cells and a little later, the tangles, twisted fibers of tau protein accumulate inside the cells. Both interfere with neurons and the ability to send and receive information, and eventually cause cells to die. Early losses are in short-term memory and learning and later include language, executive function, and vision. The disease cannot be stopped or reversed currently. FDA approved medications are Aricept, Razadyne, Exelon, and Namenda.

Vascular dementia, the second most common, includes a number of disorders in which cerebrovascular disease prevents proper blood flow to the brain, depriving brain cells of oxygen and nutrients. This leads to cognitive decline: the result of a major stroke, a series of tiny strokes, or chronic untreated high blood pressure. Because vascular dementia is complex, symptoms can vary from disorientation and trouble speaking after a major stroke, to impaired judgment and balance problems after a series of small strokes. As with Alzheimer’s disease people have memory loss, but visual cues may jog their memory. No FDA drugs are approved for vascular disease but survivors are encouraged to quit smoking and drinking and to manage their high blood pressure, cholesterol, and diabetes with medications and lifestyle changes. Neurology Now (December 2015-January 2016).

Information and help is available for those with either Alzheimer’s disease or vascular dementia and their caregivers from the two Alzheimer’s associations mentioned above.

A healthy diet can help prevent strokes. In the May 2016 issue of Mind, Mood, and Memory published monthly by the Massachusetts General Hospital, three diets are mentioned in the article, “The Brain Diet: Eating for Maximum Brainpower.” They are the DASH diet, the Mediterranean diet, and the MIND diet, a combination of the first two. What they all have in common is: no Twinkies. The MIND diet has been found to slow cognitive decline and provide significant protection against Alzheimer’s disease. Suggested foods are vegetables, including leafy greens, whole grains, legumes, nuts, berries, poultry, fish, olive oil, and a daily glass of red wine, if you wish. It limits fried or fast foods, red meats, butter and stick margarine, cheese, pastries, and sweets.

A subscription to Mind, Mood, and Memory: Maintaining Mental Fitness from Middle Age and Beyond is available for $39 a year by calling 866-848-2412. It covers the latest research, medical news briefs, Memory Maximizers, and an Ask the Doctor column.

Its advisory board members are from the Harvard Medical School, as is Uma Naidoo, M.D. staff psychiatrist and instructor, who is an expert on the effects of food on neurochemistry. Fortunately, the doctor has a heart and gives this advice: “You needn’t change your diet all at once. Make sensible, small changes in the direction of good health. Start by substituting fresh foods and whole grains for processed foods. Choose healthy snacks such as fruit or nuts.” OK, so tonight, let’s forget the ice cream and cookies. My choice is either a Granny Smith or a Gala apple topped by peanut butter to make it special. What’s yours?

Shirley Woolaway has an M. Ed. in counseling and worked in journalism, in business, and as a therapist in Pennsylvania. She has 25 years personal experience with dementia as a caregiver for family members with Alzheimer’s disease, and nine years as the coordinator of an Alzheimer’s Association memory loss/caregiver support group, earlier in Pennsylvania and now on Marco Island.