Where Do Marco Island Condo Buyers Come From? 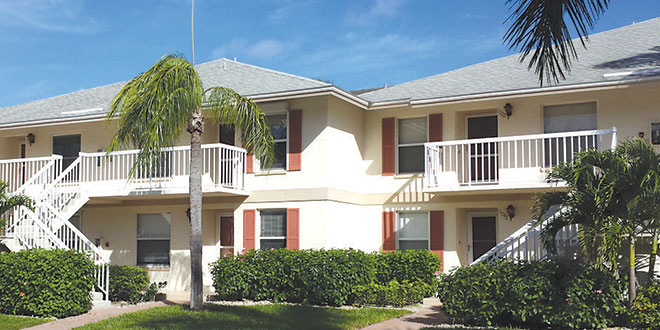 The Smokehouse Bay Club. PHOTOS BY GARY AND SANDY ELLIOTT

The Marco Island MLS shows 588 condos sold on Marco Island in 2015, representing $315 million in sales. Year after year, more than 550 condos are sold by realtors to people from all over the world. Where do all these condo buyers come from? Interestingly, the majority of condo buyers come from four distinct parts of the country. The Midwest, the Northeast and buyers moving to or already living on Marco Island represent about 25% each. All the rest of the United States represents another 23% and international buyers represent only 2% of the 2015 total.

People moving to the island full time or those who are already residents make up a quarter of all condo buyers. During 2015 some people on the island bought a different condo or decided to add a 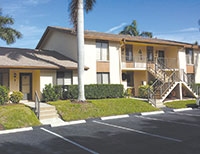 A view of the Court of Palm.

condo to their investment portfolio. Family circumstances change and people decide to move to a bigger or smaller condo or opt to move closer to the beach or try a new neighborhood. Some decide to sell their single family home and try condo living. Many find condos make a good investment.

People from the Midwest have always been buyers of condos on the island since Marco was created. Last year Illinois was the leading state with 9% followed by Michigan with 6% of all buyers. It is easy to get here from the Midwest and all it takes is a cold winter month or two to entice people to try a little bit of Florida sunshine. Over time a couple of weeks of vacation turns into a couple of months and after a few more years

a decision is made to buy a condo.

Same for the Northeast. Last year New York led the way with 9% of condo sales on the island. Pennsylvania, New Jersey and Massachusetts each accounted for 5%. Warmer weather, less hustle and a relaxed lifestyle convince Northeasterners to become condo owners on the island.

Every year dozens of other states are represented among the buyers and 2015 is no exception. Last year Floridians (other than Marco Islanders) bought 6% of the condos sold. They live in cities like Miami, Naples, Daytona Beach and Tallahassee and come here to enjoy the lifestyle. Buyers came from North Dakota, California, Texas, Georgia, Kentucky, Nebraska, Missouri, Tennessee, New Mexico, North Carolina, Wyoming and Colorado. And internationally, buyers from Canada, Germany and Switzerland found a reason and a way to buy a condo on Marco Island