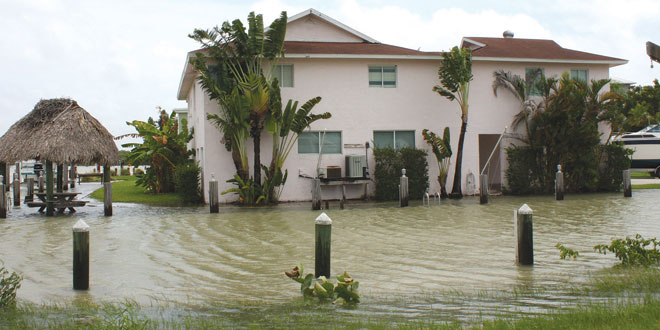 In the wake of Super Storm Sandy in October 2012, and the recent April flooding events in the Midwest, the reality and need for flood insurance once again becomes an important topic. With 98 percent of Marco Island lying within the Special Flood Hazards Area (SFHA) many residents are already bound by their lenders to the mandatory purchase of federally backed flood insurance. Many new homeowners are surprised to find out that their homeowner’s insurance policies do not cover flooding.

Even if a single family residence is located in an area outside the SFHA and is mortgage free, obtaining a flood insurance policy while not required is a wise decision. Just a few inches of water from a flood can cause tens of thousands of dollars in damage to your residence.

As the City of Marco Island’s Planner/Flood Coordinator I feel obligated to share some of the benefits of purchasing flood insurance as well as what it covers.

The cost to insure a property against flood damage is determined by risk factors such as: the year of building construction, number of floors, level of flood risk and the amount of coverage required by lender. This amount should be based on the cost to rebuild, which can be obtained from your homeowner’s insurance company.

The maximum insurance amount allowed by law is $250,000 for the structure. Coverage of contents is optional and should not be required by the lender. Contents coverage does cost extra and is limited to $100,000.

Remember: neither building nor personal property flood insurance will cover the following:

• Damage caused by moisture, mildew or mold that could have been avoided by the property owner

• Currency, precious metals and valuable papers such as stock certificates

• Living expenses such as temporary housing

• Most self-propelled vehicles such as cars, including their parts

Here is some important information that may affect resident’s premium rates during the next few years.

The Flood Insurance reform Act of 2012, known as the Biggert-Waters Act, was passed last summer by Congress. This new law will eliminate many of the artificially low rates and premium discounts which can no longer be sustained by the federal government. These Changes will increase flood insurance premium rates for some residents and business owners on Marco Island.

Residents and business owner impacted include: 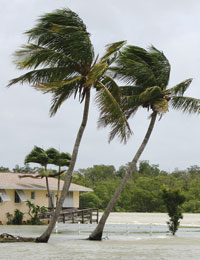 The increases will be phased in over three to four years. Primary residences that have a subsidized policy will not see any rate changes and continue at the same rate they currently have unless they hit any of the four triggers listed below.

• A newly purchased NFIP policy after July 6, 2012. (The date of the Biggert-Waters Act)

• A change in ownership of home

• If the property should suffer repetitive flood losses

While navigating these flood waters may seem difficult, it’s important to remember the City of Marco Island has qualified personnel available to provide flood protection information and assistance and other services including:

• Provide names of consultants and contractors knowledgeable in retrofitting techniques;

• Pre-plan reviewing and critiquing retrofitting plans prior to submitting drawings to the building department.

Should you have any questions regarding any of these issues you may contact, Chris Sparacino, CFM, Planner / Floodplain Coordinator at 239-389-3947 or via E-mail at csparacino@cityofmarcoisland.com

According to FEMA, the following items are considered part of the building’s structure:

• The insured building and its foundation

• The electrical and plumbing systems

built-in appliances such as dishwashers

What is not covered by FEMA

As specified by FEMA, lots of important and expensive items are not covered by flood insurance. You will need to purchase additional personal property coverage if you are worried about the cost of replacing the following items:

Personal belongings such as clothing, furniture and electronic equipment

• Carpets not included in building coverage (see above)

• Food freezers and the food in them

• Certain valuable items such as original artwork and furs (up to $2,500)