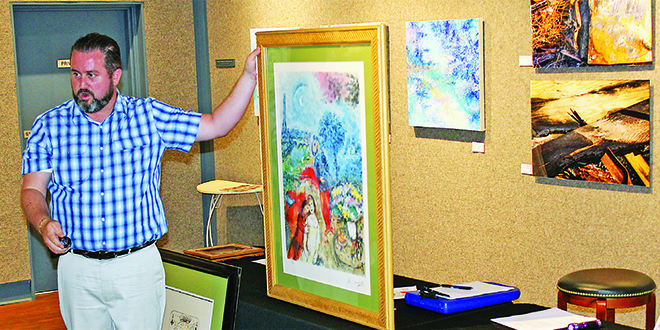 They came with prized heirlooms, objets d’art, paintings, baubles, bangles, beads and more, seeking knowledge from the possessor of the practiced eye.

It was a scene that mirrored the popular PBS television show “Antiques Roadshow,” only this was the local version, which unfolded recently at the Marco Island Center for the Arts. Entitled “What Have You Got? Special Art, Antique and Treasure Appraisal Event,” the evening saw Rick Gannon, of Gannon’s Antiques and Art, in Fort Myers, assessing the value of prized possessions for the curious.

“What Have You Got?” was the brainchild of Vince Magee and Tina Nash of the Marco Island office of the event’s sponsor, Morgan Stanley financial services.

“What we were trying to do tonight was emulate the ‘Antiques Roadshow,’ ” said Magee, at the evening’s close. “It was 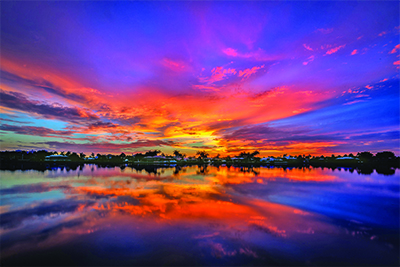 Photo by Jim Robillard: Southwest Florida is known for its colorful sunsets and magical cloud formations, which give our skies a unique, dramatic beauty. Interestedin learning more about the science of clouds? Coastal Breeze News columnist Bob McConville will be giving a presentation at Rose HistoryAuditorium at 7 PM on November 16. Turn to page A-19 for more details.

just the idea that people come to Florida, Marco Island in particular, and they bring those family novelty items and I thought it would give people an idea of the items’ value, aside from the value they see in it themselves.”

Sal Iannotta, 80, of Marco was the first to be served of the roughly 25 people who came seeking information on the history and value of their antiques. In his case, it was an ornate, hand-carved, wooden chair and a painting of the Madonna and baby Jesus, both of passed down to him from his paternal grandmother.

“My grandmother was a countess over in Italy,” said Iannotta. “She married my grandfather, who was a palace guard, so they were excommunicated because he wasn’t of royal blood. This was probably in the family for 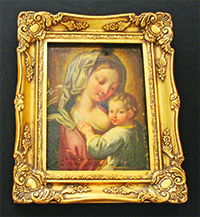 A Greek Orthodox painting of the Madonna and baby Jesus dating from the mid-1600s to the mid-1700s.

centuries and it was moved from one place to another, the same way it came to America.”

“I was given this when I had my first communion,” he said. “I had my pictures taken on it so my grandmother said, ‘Since you got your picture taken on it and nobody else did, it’s your chair.’ ”

The painting, he said, was probably created in the mid-1600s to the mid-1700s, but its origins are not in Italy, as Iannotta thought, but 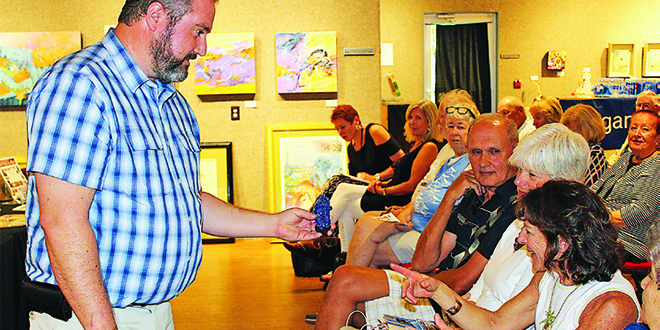 About 25 people turned out to see appraisals of heirlooms and valued possessions.

Iannotta said he and his wife, Johanna, came because, “We’ve had these things in the house for such a long time and we always wanted to know what the value was. We came down and got an idea of what they’re worth and how old they are and now I can say to my two sons, ‘Which one of you wants one or two of these items,’ and they’ll be left in the family.”

Gannon frequently broke out his jeweler’s loupe to examine the many pieces of jewelry or jewel encrusted pieces that he examined. He placed the value of the jewelry he examined as low as $25 to $30 and as high as $5,500 to $6,000.

He also appraised such items as a small Civil War era traveling trunk, porcelain figurines, a 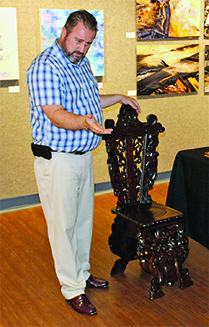 “The painting needs a little bit of restoration, but I just wanted to get some sort of idea about the value since I’ve had it for about 20 years,” she said.

She said this was her first brush with an appraiser.

“I love the Antiques Roadshow, like so many others and when I saw it in the local paper, I asked my friend Marcie to come join me and experience it and it was terrific. Everyone brought in such unique objects, from jewelry, to statues, to chairs to regular artwork. I thought it was really interesting”

For more information about Gannon’s Antiques and Art visit gannonantiques.com.