What the World Needs Now… 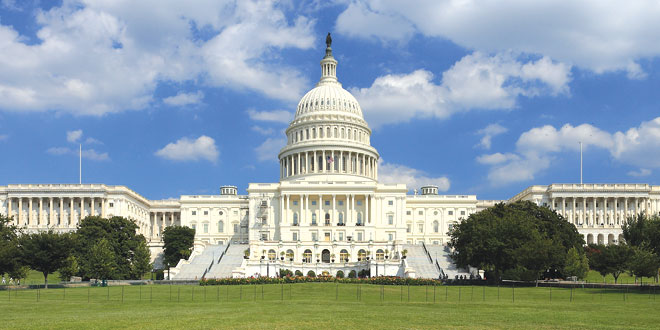 After a self-imposed exile of nearly three months from Coastal Breeze News, I am back. If you are as interested as I am in the affairs of the world in general and the Middle East in particular, you would also have been as angry as I was to the point where I could no longer write and put intelligent, logical and sensible sentences and thought on paper.

I am hoping 2014 will be a much better year for the world than 2013; although presently, I am not very optimistic.

Towards the end of last year, I was sick of hearing lies, empty promises and more lies and empty promises from our very own politicians who parade as “statesmen”, (a self-aggrandizing description of one if one ever existed). I was sick of watching all the so-called “world-leaders” whose only interest was to grab and stay in power at any cost. I was sick of reading articles written by re-writers of history in the so-called “American mainstream press”. I was so sick of it all that I simply refused to write what I really felt like writing about. Anything I tried to put on paper sounded harsh, ugly and angry, even though it was all very true and factual. So I took a few months off from writing for Coastal Breeze to sit back, calm down and reflect — mostly concentrating on my business, civic and social activities. However, I never stopped reading, researching and communicating with my contacts all around the world during this period. It is dangerous for someone with my passion for world affairs to just go fishing, watch soccer and basketball games on TV day-in-and-day-out and shut myself off from everything that is taking place all around the world. I am afraid I may implode and go to see the 72 virgins!!!

So here I am, back to my beloved Coastal Breeze, ready to give the readers an alternative opinion on world affairs, without seeking power, money or a higher position. Just my opinions based on facts and many years of closely and curiously following events that shape our world.

A quick recap of 2013 may help the reader connect the dots and come up with their own conclusions as to what 2014 will bring our way.

The year started off with the French Military’s intervention into Northern Mali in early January where al-Qaida affiliate Islamist group “Ansar Dine” (Translation: Helpers of the Religion) had taken over and started methodically to kill and chase non-Muslims from the area. This was followed by the deaths of 39 international workers in the hands of terrorists in a hostage crisis at a natural gas facility near In Amenas, Algeria.

In March, Central African Republic President Francois Bozize (who himself had seized power by force in 2003) fled to Cameroon via the Democratic Republic of the Congo after rebel forces captured the capital city of Bangui and eventually requested asylum in the country of Benin.

In April, two Chechen Islamist brothers carried on a terror attack during the Boston Marathon resulting in the deaths of three and causing severe injuries and maiming 264. This was an undeniable act of home-grown domestic terrorism right in our backyard and in plain view of millions.

In June, Edward Snowden, a mid-level worker at the NSA, fled the country with top-secrets which will inevitably help destroy America’s ability to gather intelligence around the world and help terror organization to reorganize their methods and most probably cost American lives here and abroad. Snowden is presently living in Russia, disclosing more and more secret information he possesses while searching for a USA-hating country to grant him asylum. He is no ordinary, garden variety “whistle-blower”, as some want to make him. He is a traitor, and should be dealt as such as soon as he is captured and brought back to America.

One of the most explosive events of 2013 was the removal of Muslim Brother Leader and elected President of Egypt Mohamed Morsi from office by the Egyptian Military after he started to turn Egypt into an Islamic Republic under a new constitution based on Sharia Law. A total lack of leadership in international affairs is exposed within our government when USA remains undecided or unable to make a decision whether to support the military or not. As a result, the situation in Egypt is still unsettled and may be a major concern in 2014.

In September, Al-Shabaab militants attacked a shopping mall in Nairobi, Kenya, killing 62 and wounding 170 innocent civilians — men, women and young children. Harakat al-Shabaab al-Mujahedeen (HSM) (“Mujahedeen Youth Movement” or “Movement of Striving Youth”), more commonly known as al-Shabaab, meaning “The Youth”, “The Youngsters” or “The Boys”, is a jihadist group based in rural parts of southern Somalia. They are also a cell of the militant

Islamist terror organization Al-Qaida (which was falsely reported to have been taken out of existence by the “leaders” in our government).

In late November of 2013, Iran agreed to “limit” their nuclear development program in exchange for “sanctions relief”, and immediately received around $7 billion which had been held under the sanctions. Let us not fool ourselves; the Mullahs in Iran have no interest whatsoever in making any deals with the USA or the West, and this was one of the most unfortunate moments of the year when our government de-facto abandoned our long time and only ally in the Middle East, Israel. As someone well known to all of us once said, “there will be hell to pay” for this misguided decision.

Based on the above mentioned events of the past year, 2014 is going to be a very interesting year in the area. From Libya to Egypt, from Israel to Iran, from Afghanistan to Pakistan, from India to Syria and Lebanon and Turkey, the area is ripe for explosive changes and unpredictable events.

I have looked into various countries and their problems in Africa, Middle East, Far East, Europe and South America. One common thread explains most of their problems; a lack of local and world leadership. The world is now clearly suffering from a lack of strong leaders everywhere. We are witnessing politicians who are interested in their own well-being, own wealth and power running most of the countries around the world. We do not see a JFK, Roosevelt, Truman, De Gaulle, Mandela or Reagan anywhere around the world. Starting from our own backyard, all we see are a bunch of short-sighted, self-serving morons and buffoons parading as world leaders, ruining economies, cultures and countries. As long as this trend continues, I see no solutions to any of the problems we are now and will be facing in the coming months and years.

In the coming issues, I am going to examine the prevailing situations in Iran, Iraq, Pakistan, Lebanon, Syria, Turkey, Egypt, Libya and elsewhere in detail. In the meantime, I would like to urge the readers to take a few moments of their day to at least surf the internet and read about what Putin in Russia is up to; or what the leaders of Europe are doing; or the severe crisis enveloping the present government in Turkey and what it means for the future of the local area as well as our interests in the Middle East; or the situation with the nuclear ambitions of Iran and why the so called agreement we signed only helped the Mullahs in Iran gain time in their quest to get nuclear weapons; or what is happening in Israel or the problems the Palestinians are presently experiencing. All the above situations are one way or the other related to poor or non-existent local and world leadership.

If some of us choose to live our lives locally and never worry about what goes on in Mali, Philippines, Indonesia, Central African Republic, Mozambique, Egypt, Iran, Israel and elsewhere, that is okay with me. However, if some of us have no interest in why the Israelis are worried about Iranians having a nuclear weapon or whether Al-Qaida is dead or alive; or if some of us do not care that our Ambassador to Libya is assassinated and all the main responsible person would utter was: “what does that matter now?” I am not OK with that under any circumstance. I must warn those of us who think “what happens in Syria, Iran, Israel or Lebanon stay in Syria, Iran, Israel or Lebanon” that sooner or later they are going to find out that the terrible outcomes of these problems will be at our very own doorsteps. We may not be living in Israel and we may never understand the average Israeli’s worries and priorities; however that should not preclude us from at least investigating, finding out and developing our own opinions about the situations. We as Americans should never feel at ease just because none of our neighbors want to erase us off the face of the world map or blow themselves up in our shopping centers, churches or synagogues. Please remember that we are all in this together, and we are just as vulnerable at all times.

What the world needs now are real local and international leaders to lead their countries. We do not need a bunch of corrupt, double-talking politicians to be considered as “world leaders”. I am still hopeful that we will all soon wake up to this reality and support and help bring to positions of influence “true leaders” who care for the well-being of the citizens of their own countries as well as the citizens of the entire world community; and do away with the promise-everything, do-nothing, wriggle-out-of-trouble at any cost con-artists as leaders of anything.