What is going on in Turkey… 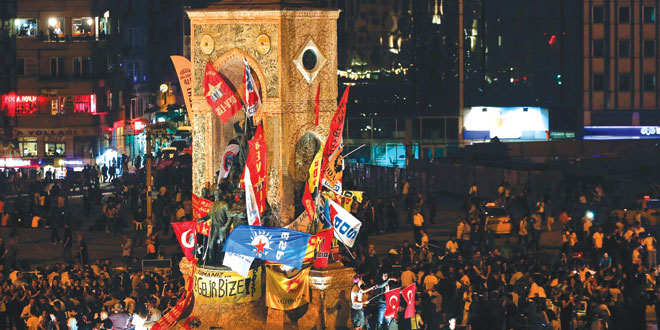 It is common knowledge among my readers and my friends that I was born and raised in Turkey and lived the first twenty years of my life in Istanbul. So it is natural that I have been getting many phone calls, emails and text messages asking me this very question. Being away from the day to day events that shape life in Turkey for many years, I have to rely on the news I get from relatives, friends and contacts in Turkey as well as watching daily news on various Turkish TV stations, reading all available Turkish newspapers and a multitude of phone calls I make to my contacts in Istanbul and elsewhere. It has been very hard for me to develop my own opinion of the recent events one way or the other since I do have a very biased point of view based on my upbringing and political views. I will try to be as objective as I possibly can be in my interpretation of events for this article, however I would like the readers to remember that I am writing under the heading of “opinion.”

Turkey of 2013 is a whole lot different from Turkey of 1969 which I left behind. And Turkey of 1969 was different from the Turkey I was born and grew up in from 1949-1969. In order for us who live thousands of miles away in America to try to understand the events that took place in Turkey last week, and continue up until the penning of this article, one must get a basic understanding of the country’s historical and political background. Turkey (Turkiye as it is known to Turks) is a relatively new secular Republic built on the ashes of a failed Ottoman Empire (an empire expanding and spreading the religion of Islam, from the wild and barren deserts of the Middle East, through the high plateau of Anatolia to the shores of North Africa and all the way to the Christian bastions in the Balkans up to the gates of Vienna at its heyday) by Mustafa Kemal Ataturk; probably the most single important leader and historical figure of the 20th century. Since the formation of the Republic, Turkey has seen democracy painstakingly take shape amongst a predominantly Muslim population, experiencing many ups and downs, including a number of military coups and continued internal political strife; an ever present Kurdish insurgency and living through various, democratically elected right and left wing administrations at different times. Rattled by economic adversities which shook the basic foundations of the Republic in the last 50 years; real inflation going past 150% at times through the 70’s and major part of the 80’s, the country remained true to her original constitution (with some changes made by public referenda along the way) as a secular Republic, with free elections and a parliamentary style government with an indirectly elected Prime Minister heading a cabinet of ministers.

Since the early days of the 21st century (2003 until now) an Islamist government has been in power with Mr. Tayyip Erdogan, who graduated from Imam Hatip Okulu (Islamic High School), and studied Economics and Commercial Sciences at Marmara University in Istanbul (second largest University in Turkey) as Prime Minister. The ruling party which he heads is called AKP (Adalet ve Kalkinma Partisi or Justice and Development Party.)

Mr. Erdogan tapped into the support, votes and loyalties of a majority of Muslim Turks who for many years felt neglected, disenfranchised and shunned by the “elites” while at the same time working closely with owners of large business enterprises who benefited economically from the laissez faire economic environment he created. Businesses flourished, manufacturing sector adopted European standards and conquered foreign markets, economic growth at times reached over ten percent per year, and Turkish 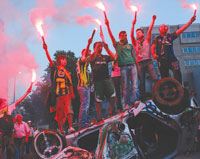 People light flares as they stand on top of an overturned car. SUBMITTED PHOTOS

exports worldwide surpassed one hundred and forty billion dollars a year. All this happened while freedoms were taken away drip by drip, every bit of secularism which Ataturk installed attacked on a daily basis, and institutional checks and balances removed by the AKP government using various political maneuvers. Turkey turned into one huge prison with the world’s highest number of imprisoned journalists and political prisoners such as trade unionists, politicians, high ranking military officers, activists, students, lawyers, etc. On top of this the Prime Minister’s growing authoritarianism and his arrogance became stifling. Using all the powers he gained or usurped and largely depending on the support of the majorities who voted him into office three times, Mr. Erdogan started to act on his dream of turning Turkey into an Islamic Republic. His Secretary of State openly talked about exerting economic and political influence upon the countries “which at one time or another were ruled by the great Ottoman Empire!”

Mr. Erdogan adopted the familiar dictatorial approach of “a father-figure to the nation” since the election of 2011 and was deeply engaged in a frustrating micromanagement of everything; from lifestyles to cultural patterns to daily lives of the population. He was perceived as giving priority to “moral majority values” at the cost of others, disregarding the demands and wishes of the minorities and many diverse social groups within the Republic, causing disappointment, fear and alienation. After systematically destroying the command structure of the once trusted secular Military establishment by accusing high ranking officers and jailing over 600 commanders, he quickly and effectively expanded loyal police forces around the country and started using them into pushing the population into submission.

Finally, last week the pent-up frustrations of the youth along with proponents of democracy and personal freedoms, believers of a secular Democratic Republic came to a boiling point basically as a result of three issues which seemed to have touched a common nerve. I have identified the following three points as the main factors which started the political and civil unrest:

1. Mr. Erdogan’s proposal to name the third bridge across the Bosphorus straits “Yavuz Sultan Selim” bridge. While most may have thought “so what’s in a name?” the significance of naming the bridge after this particular Sultan of the Ottoman Empire did not escape the attention of the secularist Turks. This Sultan of Ottoman Empire brought the most important and highly significant title of Caliph (religious and political leader of the Islamic World, enforcer of the Sharia Law) to the Ottomans in 1517. Ottoman sultans took on the additional title of Caliph from 1517 to 1925 thus becoming de-facto leaders of the Islamic world. On March 3, 1924, the first President of the new Turkish Republic, Mustafa Kemal as a part of his reforms, constitutionally abolished the institution of the Caliphate. Its powers within Turkey were transferred to the Grand National Assembly of Turkey, the parliament of the newly formed Turkish Republic and sent the last Caliph off to exile in Europe. The title has since been inactive. It has been widely believed and rumored amongst the Turks that Mr. Erdogan would want nothing more than to bring back this office and possibly declare himself the new Caliph!

2. Mr. Erdogan has been trying to pass a number of new laws fashioned after Sharia Law. One of these new laws was to place a ban on alcohol sales (based on Islamic principles.) This did not sit well with the general population. In addition, he had changed public school curricula numerous times in the last few years to suit Islamic teachings he and his followers believe in and lately in almost all his public speeches he has been asking families to have a minimum of three children. “More the better” has been his repeated favorite 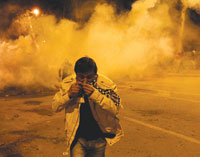 3. Last but not the least, and maybe the most important factor which sent demonstrators into the streets was the Erdogan government’s announcement that they planned to “cut down some trees to make way for a shopping center” at Gezi Park, off the Central square of Istanbul called Taksim where a statute of Ataturk is the center piece. However, it was clear to everyone that the real reason for cutting the trees down was to clear the way for the revivalist construction of a building which used to occupy the site. The Park was the site of a military garrison building under one of the last Sultans of the Ottoman Empire when a limited Western style government was installed by a group of Westernized young men. In the evening of April 12, 1909 the loyalist soldiers who lived in this military building rioted against the reformist government and demonstrated in front of the House of Representatives building demanding that the government continue to operate under “Sharia Rule” and dismiss all the reforms it was trying to establish. (Sharia is the moral code and religious law of Islam. It deals with many topics addressed by secular law, including crime, politics and economics as well as personal matters such as sexual intercourse, hygiene, diet, prayer and fasting.)

The demonstrators understood the symbolism behind this action and took to the streets. It is interesting to note that in a politically and otherwise polarized country, these demonstrators seem to be from different ideological, religious and socioeconomic backgrounds in Turkey. They are young, old, religious, secular, gay, straight, foreign, domestic, fringe, anarchist, and mainstream, women in headscarves and women in tank-tops, Shiites, Sunnis, Jews, and Christians.

In his response, Mr. Erdogan called the demonstrators as alcoholics, looters, marginals, sniffers, bandits and infidels. Unfortunately, to those of us who have seen this behavior before, these are all the signs of a delusional leader who refuses to accept the obvious; who is determined to hang on to power at all cost. He did not see and still refuses to believe that these demonstrations are spontaneously organized by small groups of people of diverse ideologies and beliefs who understand the direction Mr. Erdogan is trying to take the country and will not stand for it under any circumstances.

Throughout history Turkish people have proven time after time that they will not stand for tyranny, they are not submissive and they will fight to preserve the Republic and the ideology of freedom they inherited from a brave and foresighted leader named Mustafa Kemal Ataturk.

As we can see by now, this is a most complicated situation which is difficult to explain in 900 words or less. I have not even thrown in the problems Erdogan has with his actions regarding Syria; his picking fights with Israel; looming negotiations with twenty plus million Kurds. But I tried my best to give an overall, albeit biased picture of the situation in Turkey; a NATO ally, an important trade partner and host to some of the most important US Air bases in the world. As usual, I most sincerely hope that the readers do their own research and come to their own conclusions.

Let us all watch and see what happens. This may affect all of us…