What is a Corporate Inversion? 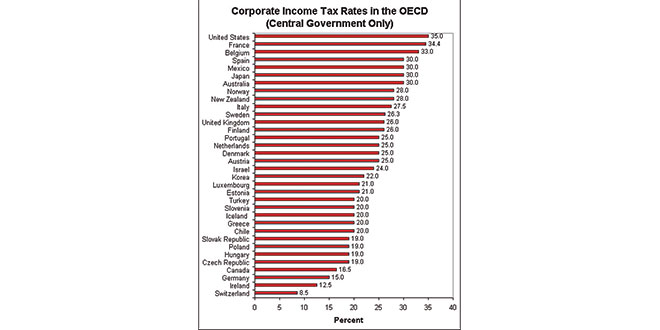 “The only source of knowledge is experience.” ~ Charles Kettering

Question: The term corporate inversion is in the news lately. Can you explain this and discuss why would a company want to invert?

Answer: The dictionary definition of invert is “to turn something upside down, change the position, order or relationship of things so that they are the opposite of what they had been.”

Corporate inversions are a hot topic in the presidential debates and are regular discussion items on financial news channels. Most recently, we’re hearing about the New York based drug maker Pfizer’s intention to move its headquarters to Ireland via a planned transaction with Allergan Pharmaceutical based in Dublin.

A corporate inversion occurs when a company based in the United States arranges for a foreign entity to buy or merge with their current U.S. located operations. The assets are then legally owned by the foreign company, and the old U.S. based corporation is dissolved, moving the home base from the U.S. to the foreign country, which likely has a lower corporate tax rate. The primary reason a company does this is to enjoy tax savings.

The U.S. corporate income tax rate of thirty-five percent is the highest rate in the developed world. When funds earned through foreign subsidiaries are returned or repatriated to US corporate headquarters they’re taxed at U.S. rates. Many companies are interested in planting their corporate flag in another country to enjoy lower tax rates. The strategy is drawing increased attention and scrutiny by the federal government, as well as Presidential candidates because it decreases revenue to the Internal Revenue Service, something that concerns citizens and politicians.

Pfizer already reports a large portion of their profits through subsidiaries based in Ireland yet this tactic would still provide advantages. For instance, Lipitor, the anti-cholesterol treatment drug, is manufactured in Ireland and sold back to the U.S. for distribution, generating billions of dollars in revenue to the Irish entity. Additionally, non-U.S. companies supply over eighty percent of Pfizer’s U.S. sales. At 12.5 percent, Ireland’s corporate tax is a fraction of the U.S. corporate rate and would certainly make a difference in Pfizer’s tax bill. This is all legal and a common approach to manage profits and reduce tax bills.

If profits are “repatriated” or brought home to fund buybacks or pay dividends to shareholders, the company must pay taxes due on the difference between the tax paid outside of the U.S. and the U.S. tax rate. A corporate inversion would bypass this step.

A familiar example of this is Florida based Burger King’s acquisition of Tim Horton, the Canadian based café and doughnut bakeshop. Burger King relocated the headquarters of the combined company to Canada. Foreign profits are no longer subject to U.S. income taxes, presumably 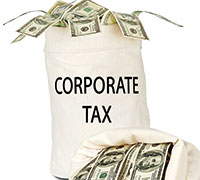 saving the company hundreds of millions of dollars. As an aside, Burger King does pay taxes at U.S. rates on the Junior Whopper and fries you had for lunch at the drive-thru as long as it is purchased and consumed in Florida!

Companies cite benefits to shareholders as a reason to engage in corporate inversions. These transactions require shareholder approval, so what are the advantages for investors? Companies assert that earnings will grow as they focus on global growth and benefit from lower tax rates. Theoretically, this leads to increased earnings and higher stock prices for shareholders.

This may or may not be true. Meanwhile, an unintended consequence of corporate inversions is a possible tax hit for shareholders. If you own shares of a company considering a “relocation” of corporate headquarters to another country, there may be capital gains tax ramifications to you depending on how the deal is structured. Consult your tax professional for details.

U.S. based companies do receive a credit on their U.S. taxes to offset taxes paid abroad so that they aren’t taxed twice on the same income. Because most other countries have a tax rate lower than ours, an inversion results in less tax on foreign income. No U.S. taxes are due on goods and services sold outside the United States. According to Bloomberg news, since 2012, fifty-one companies have inverted their corporate structures.

As the global economy expands, tax savings is an increasing concern for corporations. This issue has become a fire-hot political discussion item as we prepare for elections next November. As Ronald Reagan so aptly stated: “Government’s view of the economy could be summed up in a few short phrases: If it moves, tax it. If it keeps moving, regulate it. And if it stops moving, subsidize it.” Stay focused and plan accordingly.

There is no assurance that any investment strategy will be successful. All investments are subject to risk. Diversification does not ensure against a loss. Consult your tax advisor for any tax related concerns or issues. Past performance is no assurance of future results. The opinions expressed are those of the writer, but not necessarily those of Raymond James and Associates, and subject to change at any time. Information contained in this report was received from sources believed to be reliable, but accuracy is not guaranteed.