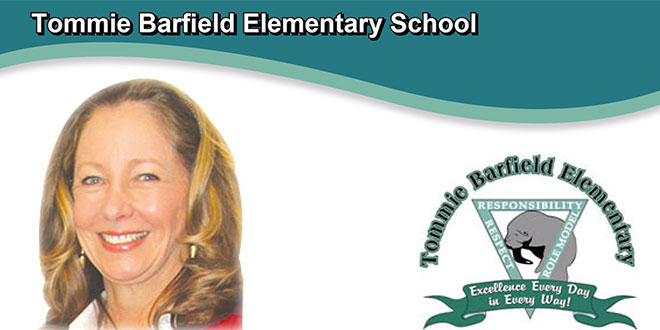 Jory Westberry is moving on to the next phase of her life after 14 years as the principal at Tommie Barfield Elementary School (TBE).

Last week’s end to the school year also marked the close of her tenure at TBE, as well as her 25-year career with the Collier County school district.

The move is a painful one for Westberry.

“I love this place,” she said. “I love the kids. I love the staff. There wasn’t a day that I ever was sad to come to work. I was always excited. Never had a crabby day, honest to goodness. But sometimes, as much as you want to stay, you get the idea that maybe it’s time. I wanted to go while I still loved it.”

Parents of TBE students were notified of her departure last week in a letter from district superintendent Kamela Patton.

“Jory has been an exemplary administrator for Collier County Public Schools,” stated Patton. “I appreciate Jory’s efforts to develop great relationships with the parents, staff and students at Tommie Barfield Elementary School. Jory always worked diligently, keeping a focus on academics and motivating her students to do their best.”

The coming school year will see Karey Stewart assume the principal’s post at TBE. Stewart has been a school administrator for 15 years, most recently serving as principal at Pine Crest Elementary School in Immokalee, where she worked for four years. Prior to that, she was principal at Lely Elementary for six years. Stewart has 23 years of teaching experience – 15 years as an elementary level music teacher, and eight years teaching third and sixth grades.

Westberry feels that the job is in good hands.

“There’s a really great person coming onboard,” she said. “She’s very competent and a very kind person, and knowledgeable. She’s been in the school 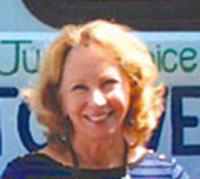 district for a long time. She has a sense of fun, like I do, and I really believe the kids and staff will embrace her.”

Westberry and her husband Paul live on the Isles of Capri and have no plans to move, she said. They moved to Collier County in 1989 from Wyoming, where they maintain a summer home. Their son, Ryan, works for the Collier school district as a middle-and-high school science specialist, while his wife, Alison, teaches English at Golden Gate High School. The young couple has a son, Milo, who will enter kindergarten this fall.

“I am so proud of our son and daughter-in-law,” said Westberry. “They are devoting their lives to education as well. I couldn’t be prouder of them.”

As for her future plans, she intends to devote time to some interests that have languished on the back burner, until now.

“I have probably four book ideas,” said Westberry. “It will be nice to have time to actually write and pursue photography, which I love. I hope to keep in touch with the staff and students. I know I’ll see them in the community and it will be hard. There’ll be a lot of hugging.”

There will also be new faces occupying the principal’s position at two other Marco Island area schools.

Ricciardelli will be replaced by Ryan Nemeth, who comes to Lely from Oakridge Middle School, where he was assistant principal. Nemeth has been with the district for 15 years, nine of them as a classroom teacher, and six years as a dean of students and assistant principal.

Spano is being replaced by the school’s assistant principal, Jim Ragusa, after three years in the post.