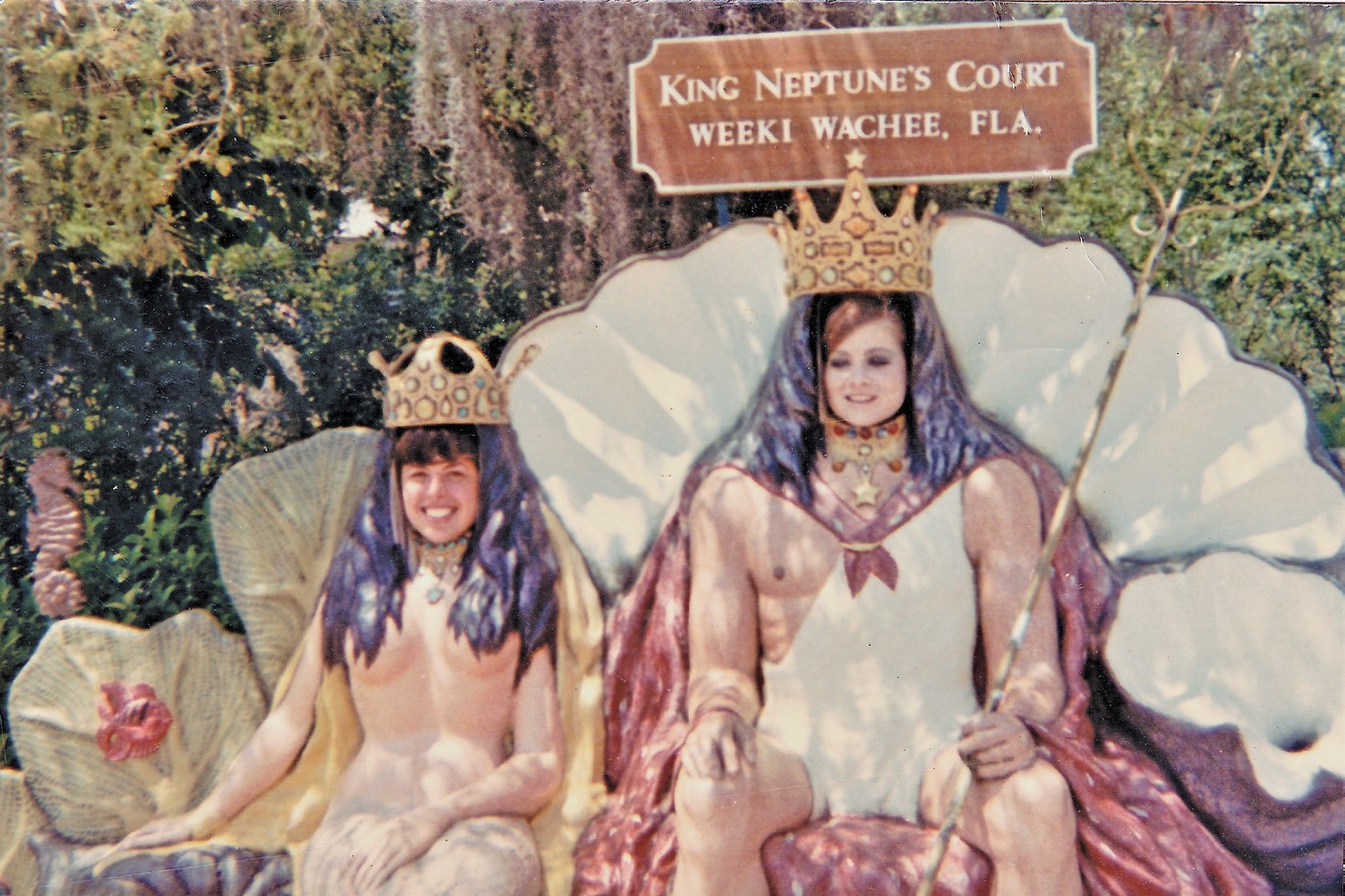 The intense rainstorms of a few weeks ago did more than saturate Marco Island. They also forced the cancellation of Dr. Lucinda Vickers’s much anticipated lecture about Weeki Wachee Springs, the City of Mermaids, one of Florida’s oldest and most beloved roadside attractions. By popular demand, Dr. Vickers’s lecture has been rescheduled, this time for July 11 at 7 PM in Rose History Auditorium, and will be illustrated by vintage photos and videos from Weeki Wachee’s past.

Located about 45 miles north of Tampa, Weeki Wachee is a natural spring so deep that the bottom has never been found. Each day, more than 117 million gallons of fresh, clear 74-degree water bubbles up from underwater caverns and feeds the seven-mile-long Weeki Wachee River.

In the late ‘40s, stunt swimmer and attraction promoter Newt Perry built a theater—the only one of its kind in the world—into the Spring’s bedrock 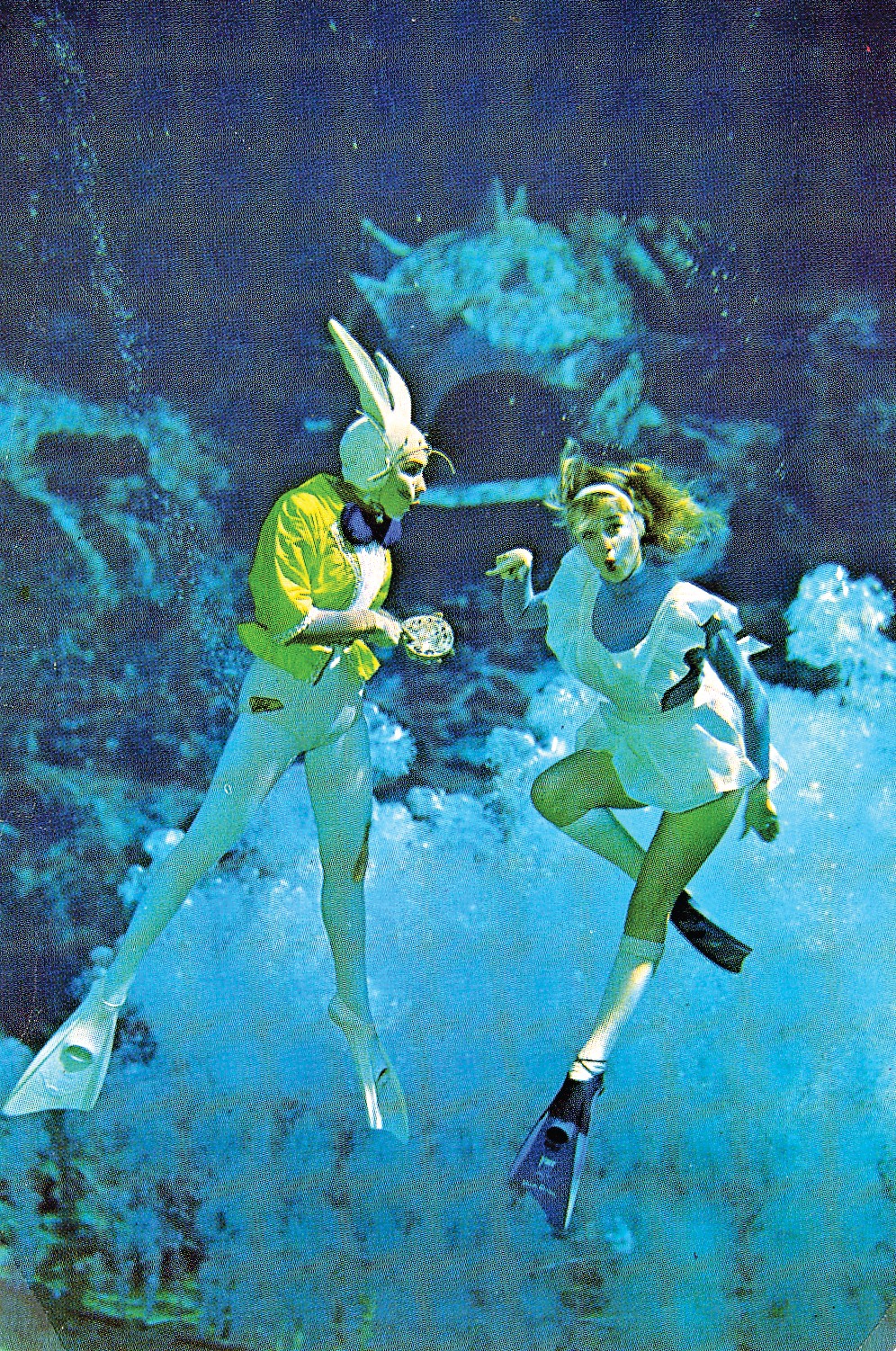 with viewing windows under the surface of the water and a system of air hoses and airlocks to enable highly trained swimmers to stage underwater performances without having to surface for air. He dubbed his young performers mermaids.

Weeki Wachee’s first mermaids were local teens who worked for meals, free bathing suits and publicity—no money. They often stood along the highway or posed on the roof of the mermaid theater in their bathing suits and waved to passing cars.

By the ‘60s, the park reached the zenith of its popularity, attracting up to half a million visitors a year. Then I-75 was completed, offering a fast and direct route to destinations south, and some shiny new super parks sprung up around Orlando. Attendance at Weeki Wachee took a nosedive, and the park went through several changes in ownership. In 2008, Weeki Wachee got another chance at revival; it was 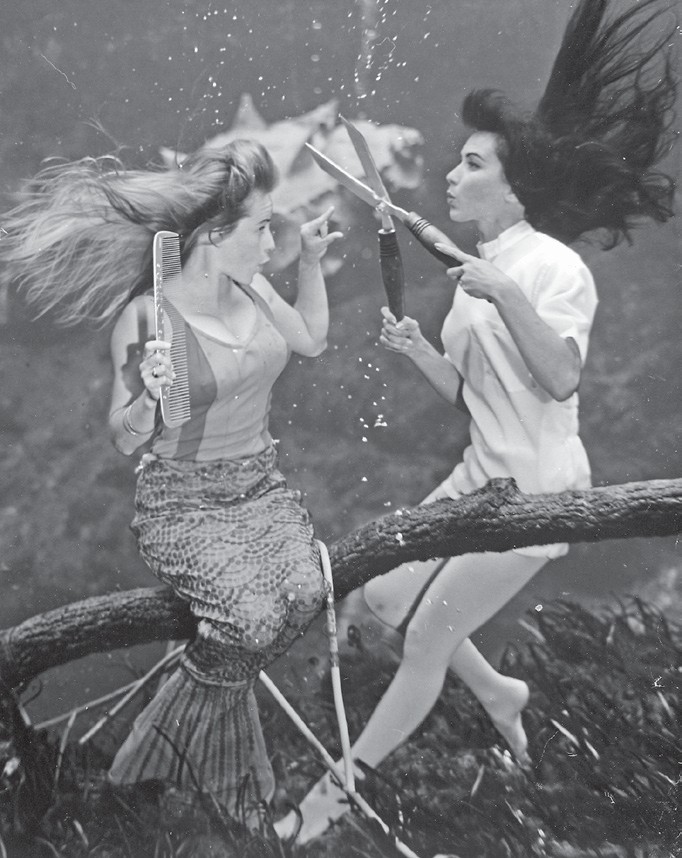 bought by the State of Florida. A water theme park (Buccaneer Bay), canoe and kayak rentals, and a river boat cruise were also added to the venue.

Today’s mermaids offer a daily schedule of underwater acts ranging from eating bananas or enjoying soft drinks to elaborately staged ballets and musicals. They are expected to keep in character and maintain their fantasy personas even out of the water.

Dr. Lucinda Vickers earned a doctorate in creative writing from Florida State University and is a professor in the literature department at Tallahassee Community College. Dr. Vickers is the author of “Weeki Wachee, City of Mermaids: A History of One of Florida’s Oldest Roadside Attractions” and “Weeki Wachee Mermaids: Thirty Years of Underwater Photography.”

The lecture is free to Marco Island Historical members and $10 for nonmembers. Rose History Auditorium is located at 180 S. Heathwood Drive. For more information call 239-389-6447 or visit www.theMIHS.org.