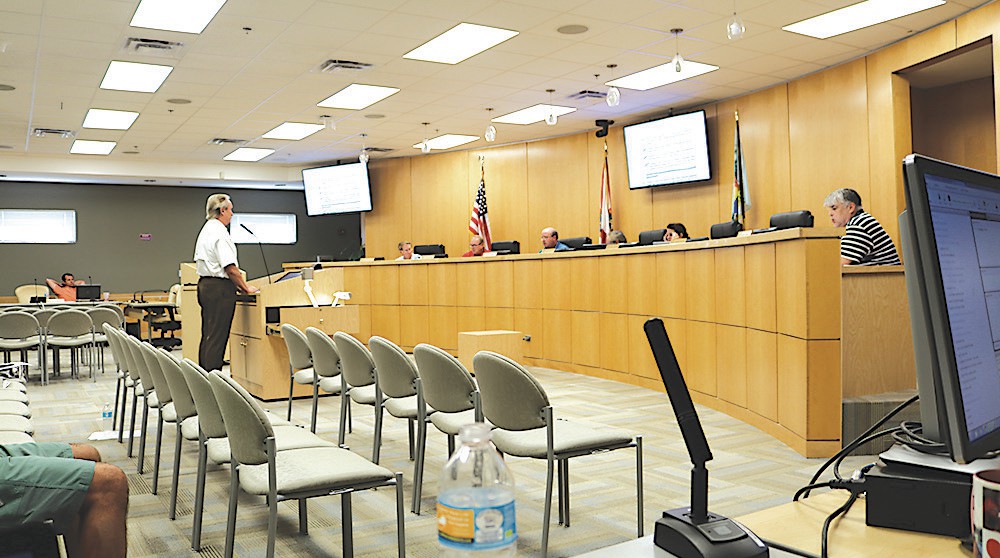 For many islanders the rain events during the first week of June were their first exposure to the effects that tropical depressions can bring here to Southwest Florida. The temporary flooding of streets and the need to find alternate routes around the island during the 18” of rainfall we received was somewhat trying.

That heavy rainfall necessitated the city removing some of the grating and filtering devices to insure the maximum water flow was being evacuated from the streets. Crews were in the process of cleaning those devices and returning them to the outflows shortly after the storm. “It’s just something that is necessitated during these types of storm events,” said Marco Island Public Works Director Tim Pinter when speaking to the Waterways Advisory Committee last week during their monthly meeting.

That committee has been tasked to look at water quality on the island by the city council. They are holding workshops to do just that as they discuss ways the municipality can be more proactive in the protection of the waterways and the estuaries that surround the island.

The concept of the swales found along the roadways on the island were originally installed by the developers (Mackle Brothers) to help provide for the filtration and absorption of storm water back into the ground. Over the years, grass cuttings and subsequent buildup of clippings in those areas have caused them to lose their ability to hold and absorb those runoffs. The parking by automobiles and other heavy vehicles in those swales has 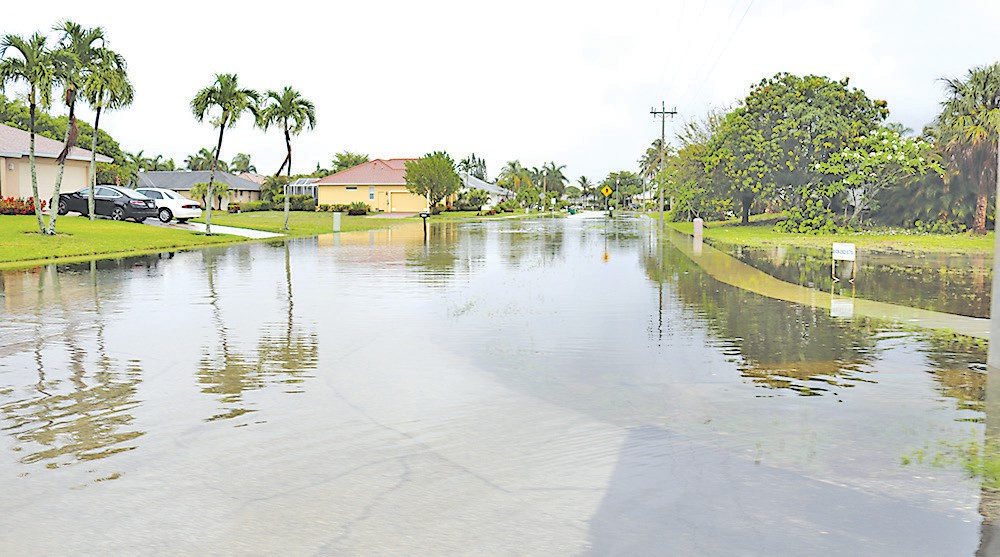 The results of heavy rain and street flooding.

caused the soil to be heavily compacted and hardened, therefore losing the ability to absorb the runoff in the appropriate manner, according to Pinter.

Florida DOT has also changed their design standards for collection devices, which are located in those swales, due to safety issues regarding motor vehicles, bicyclists and pedestrians. “They no longer recognize the viability of elevating those collection points and require that they be more level to the ground. It is also impossible to remove those cement tops of the older design without the aid of machinery. Removing the tops assist with a greater outflow,” said Pinter in an interview.

There are collection points on and around the island which run into underground piping that moves the storm waters to outfall points throughout the island. The issue with those outfall points comes when a major rain event occurs in conjunction with a substantial high tide. Until the tide begins to relax, the water being collected by those storm drains and piping is unable to be evacuated due to the gulf waters holding it at bay.

The issue of water testing and the condition of Marco waters has been a discussion of the committee over the last several months. In March they heard from Tim Hall of Turrell, Hall and Associates. He made a presentation on the testing being done and the various ways to interpret those results.

He did not recommend the committee switch to monthly testing, but maintain the quarterly monitoring of waters around the island. Committee member 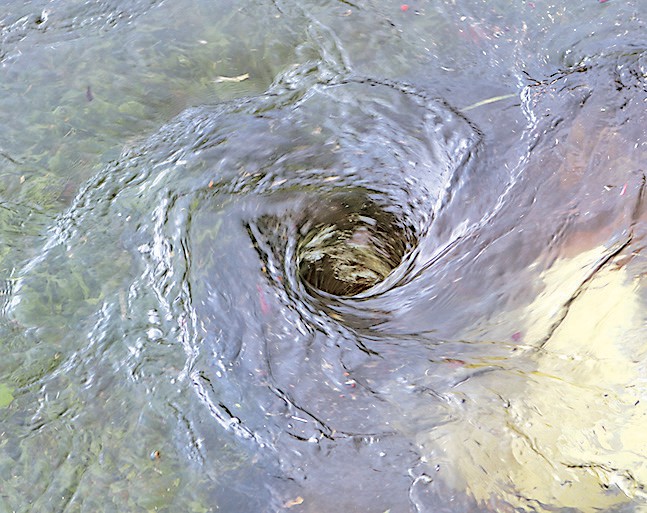 The committee would discuss recommending to council that resources be allocated to performing monthly testing to receive a better understanding of the nutrients and pollutants that may flow into the waterways and how best to deal with that.

The committee also would be requesting that the council approve testing to be done for turbidity of the waters around Marco. (Turbidity relates to the clarity of the water due to suspended solid particles within water. One of the tests deals with how light shines through the particles that are suspended in the samples taken.)

This can affect how and whether the waterways can sustain growth of seagrass and other aquatic organisms, which are important to the healthy promotion of marine life. High turbidity can also block the transfer of the intake of oxygen to marine life, driving them from an area.

Marco Island has made a number of efforts to help guarantee the quality of its environment, first with the completion of the centralized wastewater collection system. It also recently passed a fairly stringent fertilizer ordinance to protect the waterways and estuaries around the island.

The Waterways Committee will next meet on July 20th in council chambers at 9 AM. You may check the city website at www.cityofmarcoisland.com to view the calendar of all advisory board meeting dates and times.