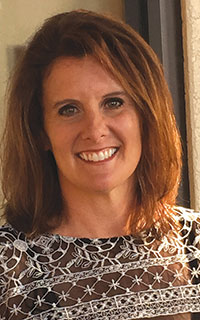 A new waterfront yoga studio is coming to Marco Island! Kerri Lampos is opening Revival Yoga Fitness Studio in the Esplanade. Her inspiration was found in yoga studios all over the country: in California, Colorado, and her sister’s studio in the Chicago area.

Revival Yoga Fitness Studio offers a serene environment to learn and practice yoga, empower, and connect with others. “After practicing yoga for years at home, in a gym or recreation center, practicing yoga in a studio brought the realization of what was missing. It’s an entirely different experience and it brings your practice to a whole new level,” Kerri explains.

Kerri has a background in business, psychology and education, and she has multiple degrees. After she decided to open the studio, positive comments from excited islanders flooded in. Comments like, “Excited to see that there will be a yoga studio on Marco!” and “Finally, there won’t be a need to drive 45 minutes into Naples,” confirmed that Marco was ready for the new studio and Kerri’s unique approach.

The passionate and talented instructors at Revival Yoga Fitness Studio bring yoga and fitness classes to Marco with a no-judgment, serene, and empowering waterfront space. Many instructors were eager to join Kerri’s team, and they filled the studio’s class schedule in just weeks. Revival Yoga Fitness Studio’s diverse schedule will also offer occasional workshops and classes based on student feedback. “This is all about bringing the studio experience to the island and feedback is a critical piece to that,” said Kerri.

Pre-sales events and soft openings are planned to begin in December. Revival Yoga Fitness Studio’s projected opening is set for January 2016. Class packages and memberships (with retail discounts) are available.